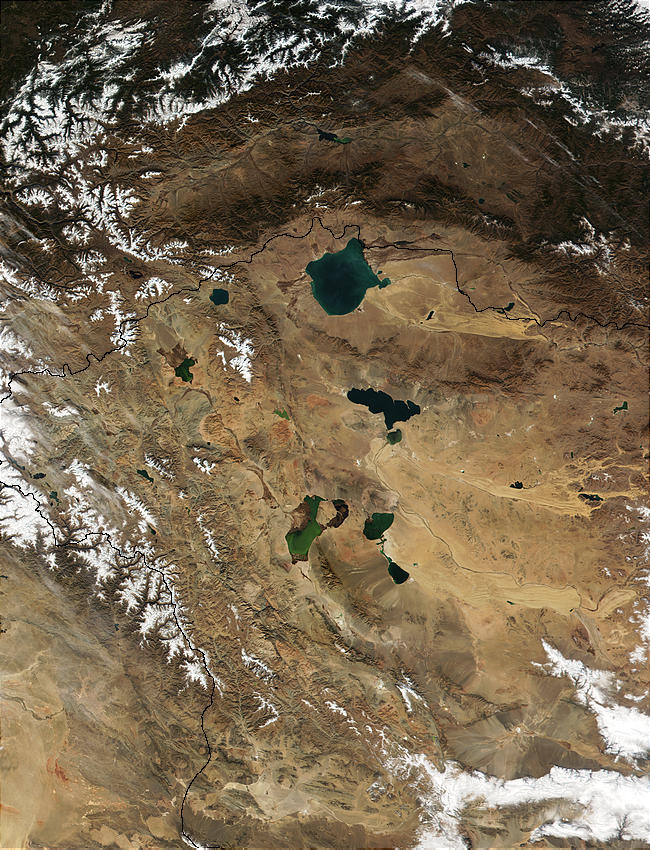 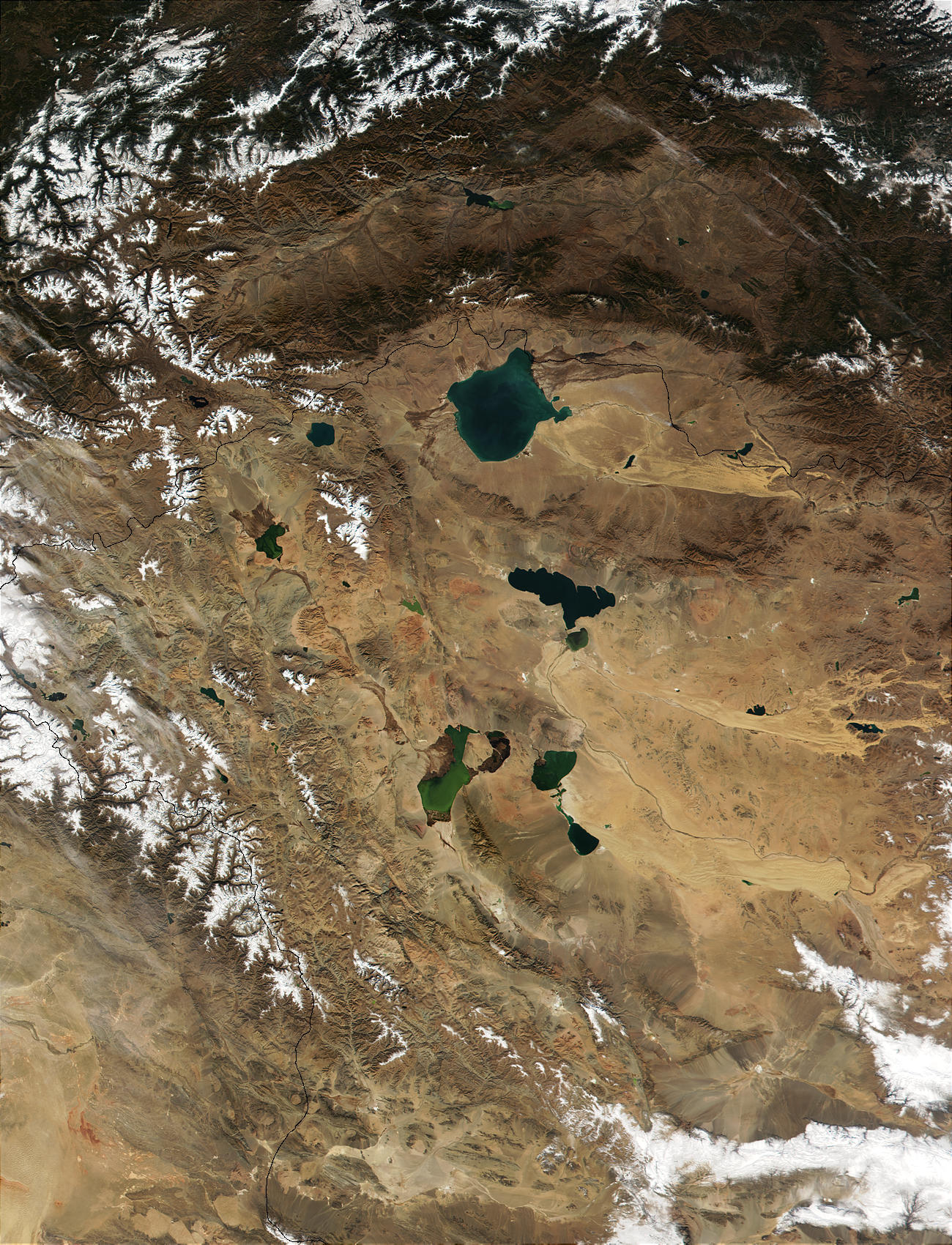 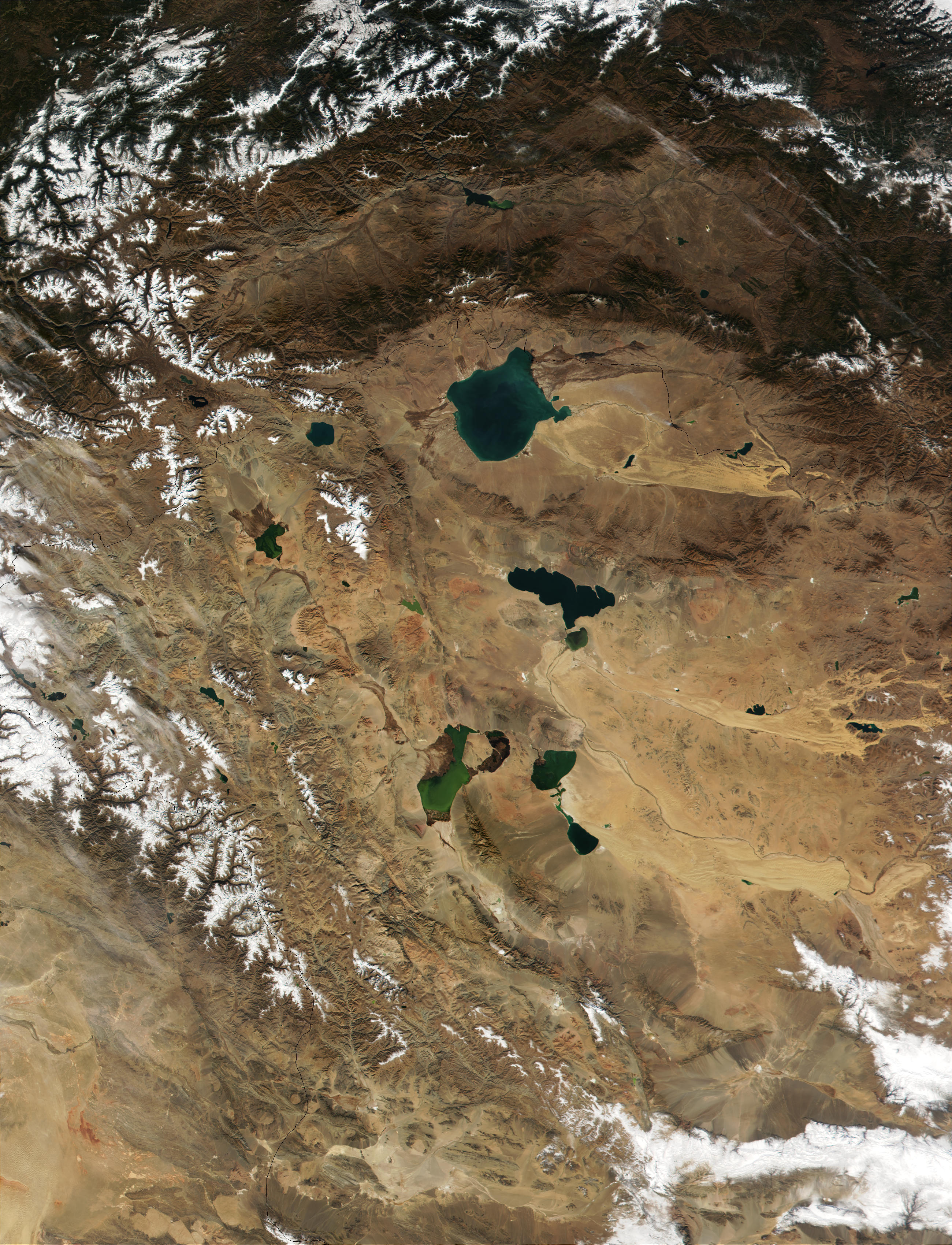 The western region of Mongolia, with its several salt lakes, can be seen in this true-color image acquired from data collected by MODIS on October 15, 2001. The northernmost lake, named Uvs Nuur, is Mongolia's largest lake, and is home to over 220 species of birds. The lake has a salt content that is 5 times greater than that of ocean water, supports no fish life, and spans 335,000 hectares (873,000 acres). Also visible are the Russian Republics of Tyka, which borders Mongolia to the north, and Altay, which is west of Tyka.