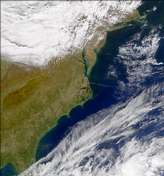 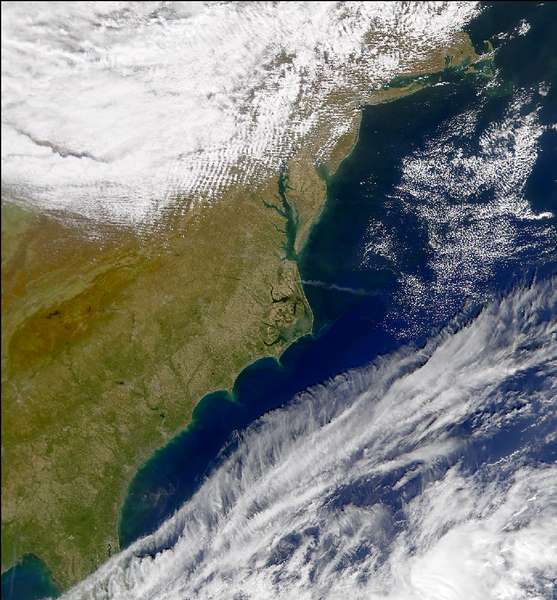 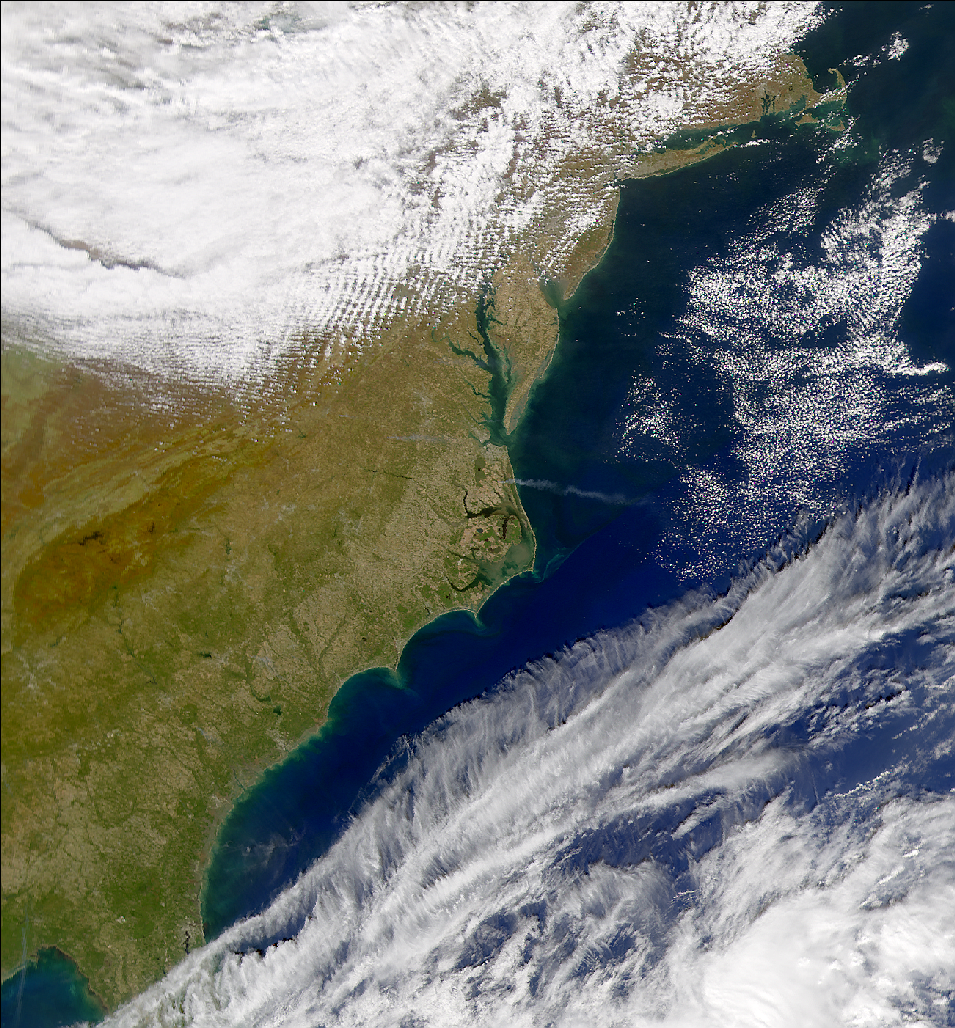 A long smoke plume is visible in this SeaWiFS image coming from the northeastern corner of North Carolina on October 26, 2001. The plume is still visible over the Atlantic Ocean 260 kilometers (160 miles) east of its source. Another smaller smoke plume appears to be blowing eastward from central Virginia.

The roughly rectangular region northwest of the plume's western end is the Great Dismal Swamp with dark Lake Drummond in the middle. The larger body of water to the south is Albermarle Sound.

Moving southeastward along the coast, one can see more turbid coastal water jutting out toward the clear blue water of the Gulf Stream at capes Hatteras, Lookout, Fear, and Romain. The Gulf Stream leaves the coast near Cape Hatteras, and greener, more phytoplankton rich water is visible to the north.