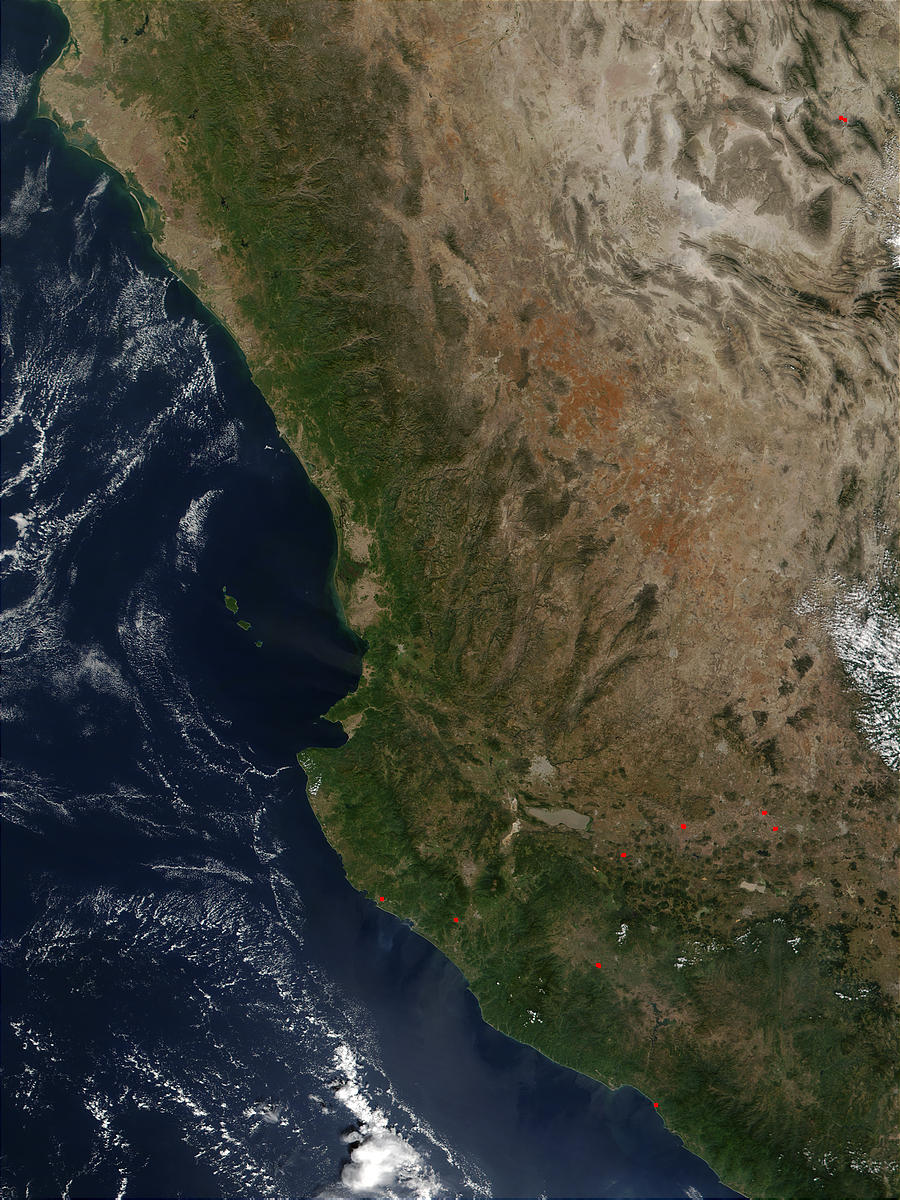 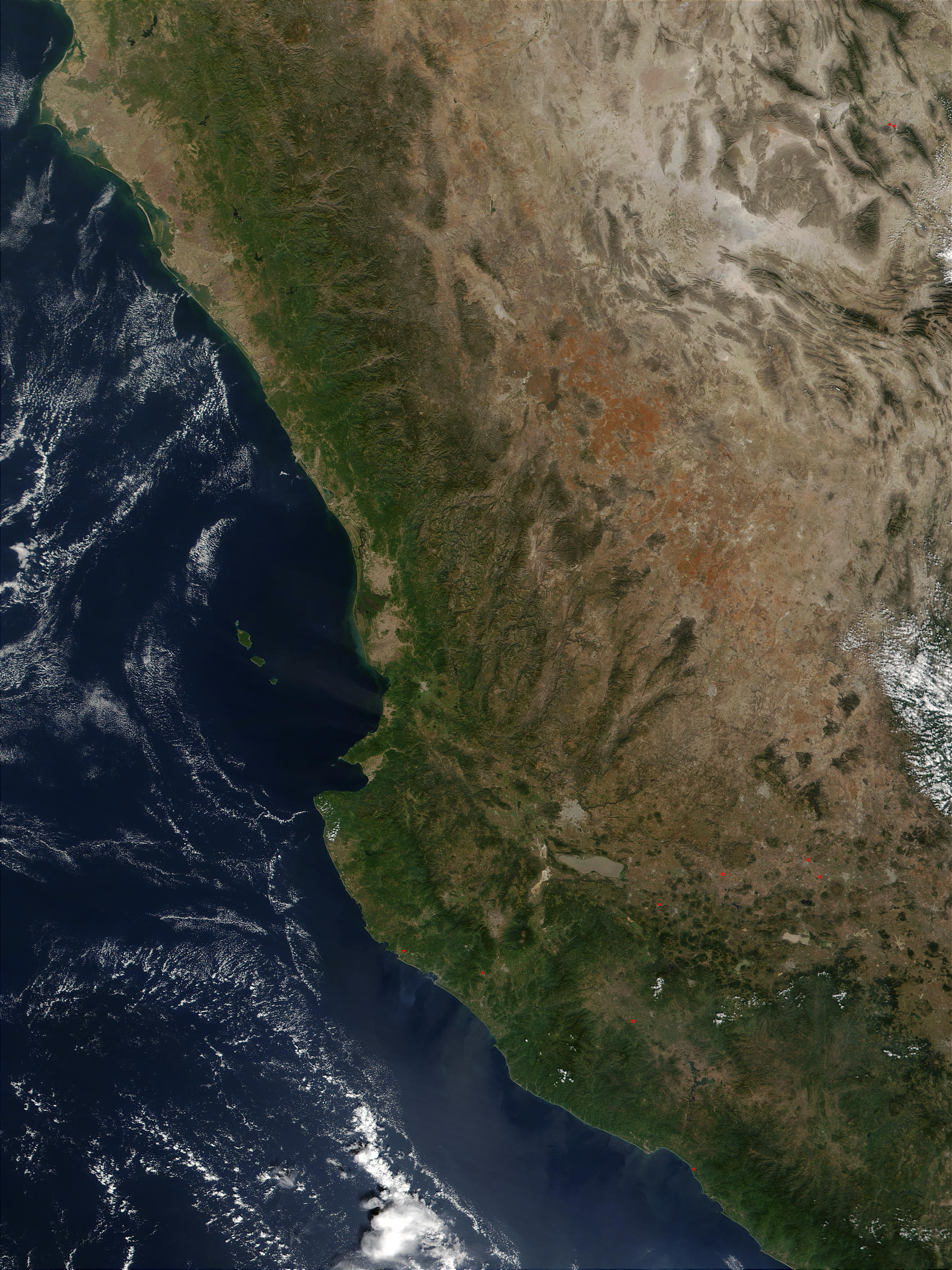 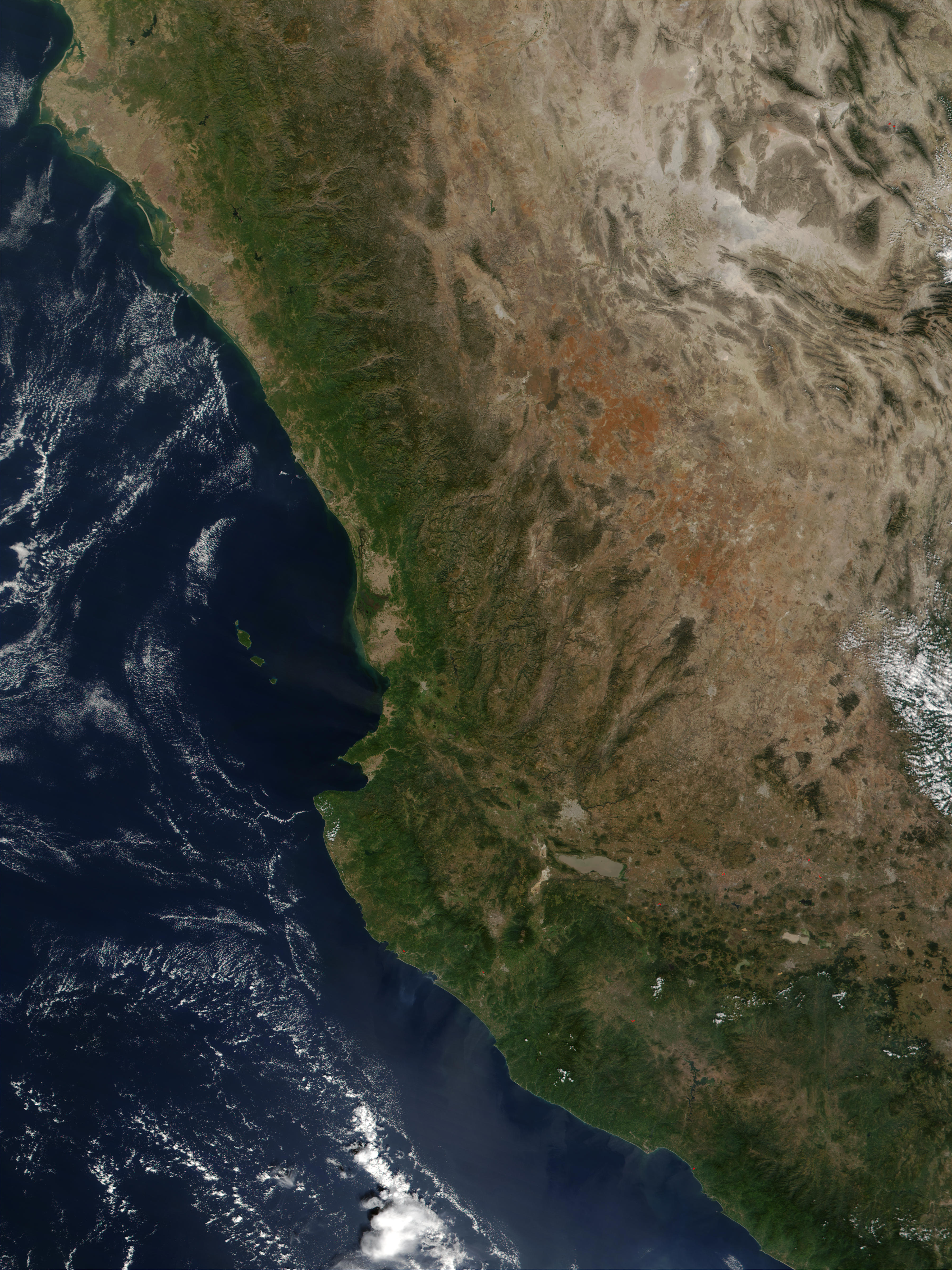 Lake Chapala, Mexico's largest natural lake, shows up as the lower of two gray areas just below the image's center. The lake serves many functions that include being used for irrigation, recreation, an industrial waste receptacle, and as a water supply for the city of Guadalajara, which is the gray patch to its north.