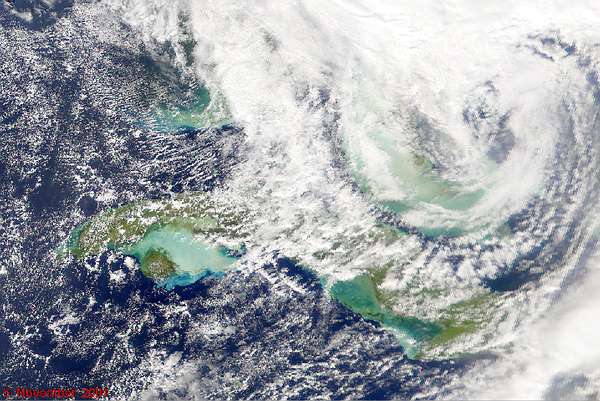 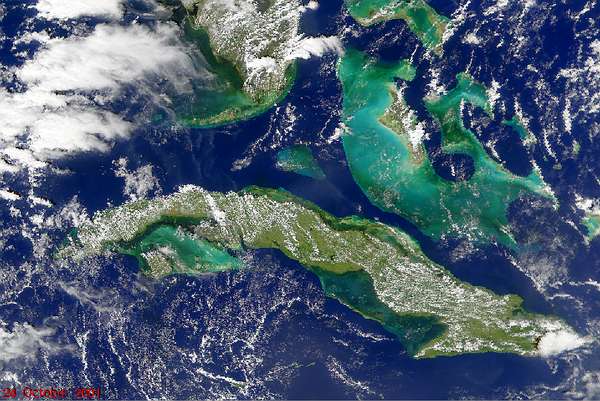 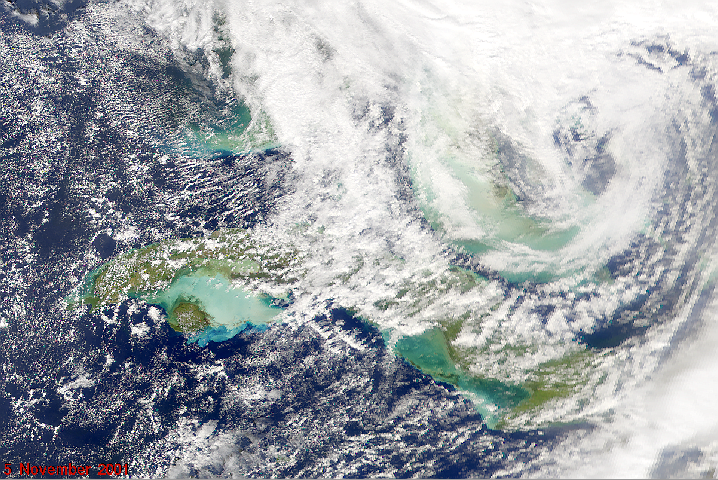 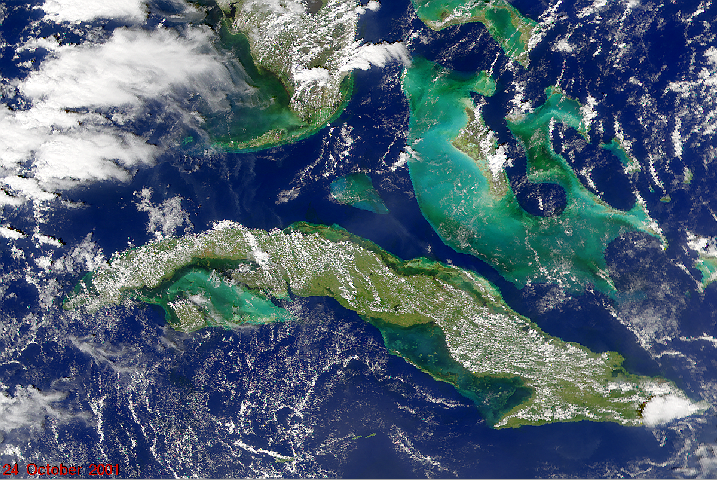 This before and after pair of SeaWiFS images illustrates how a hurricane can stir bottom sediments into the water column. The first image was collected on October 24, 2001, and the second image was collected November 5, 2001 just after Hurricane Michelle had passed through the area. The center of the hurricane is still visible in the upper left corner of the November 5 image.

The most noticeable change is in the Gulf of Batabano between the western end of Guba and the Isle of Youth. On October 24, the water was clear enough to reveal features on the ocean floor. After the hurricane passed, the water because milky and opaque--hiding our view of the bottom.

Similar increases in turbidity can be seen farther east in the Gulf of Ana Maria, around the Florida Keys, and over Great Bahama Bank just at the edge of the hurricane.