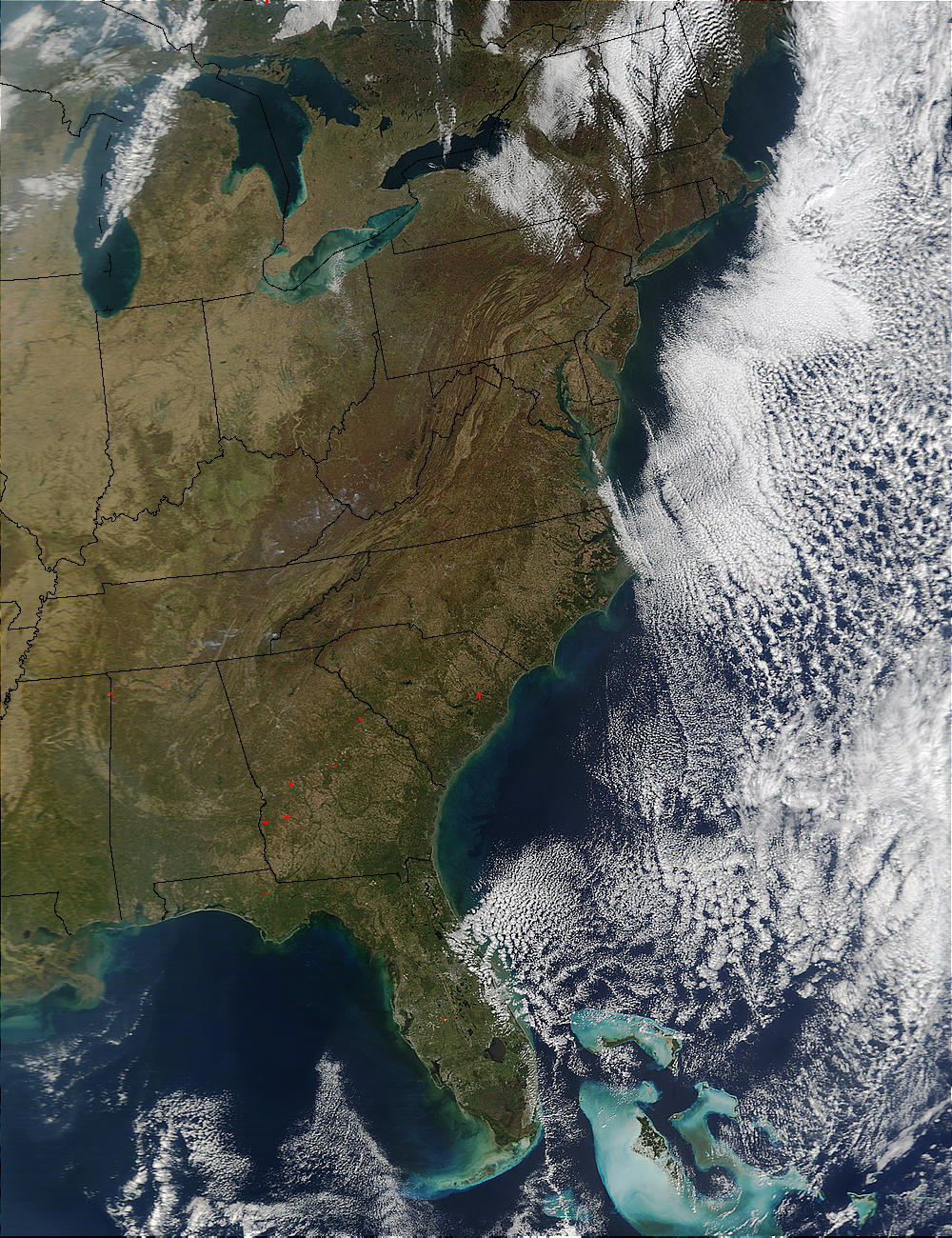 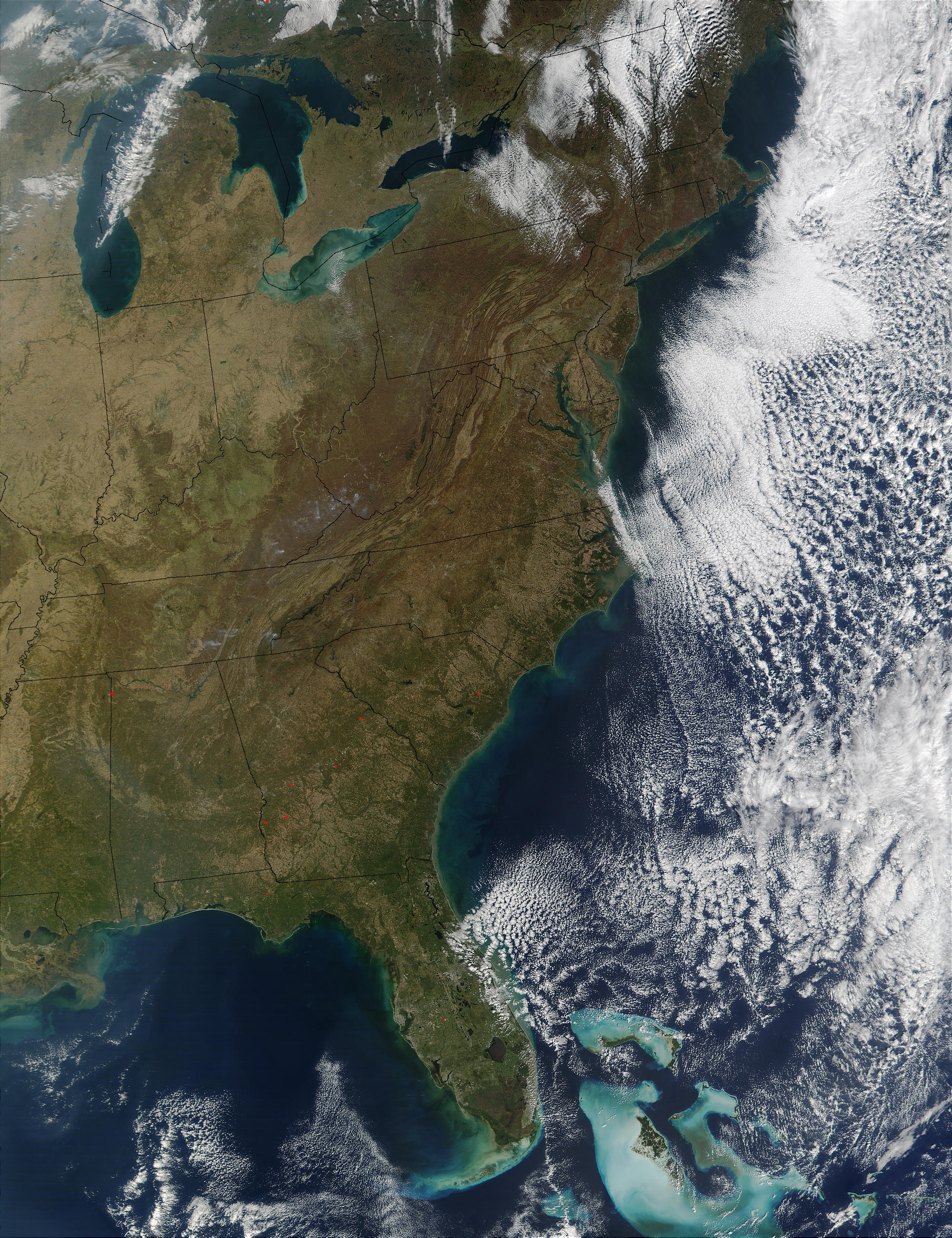 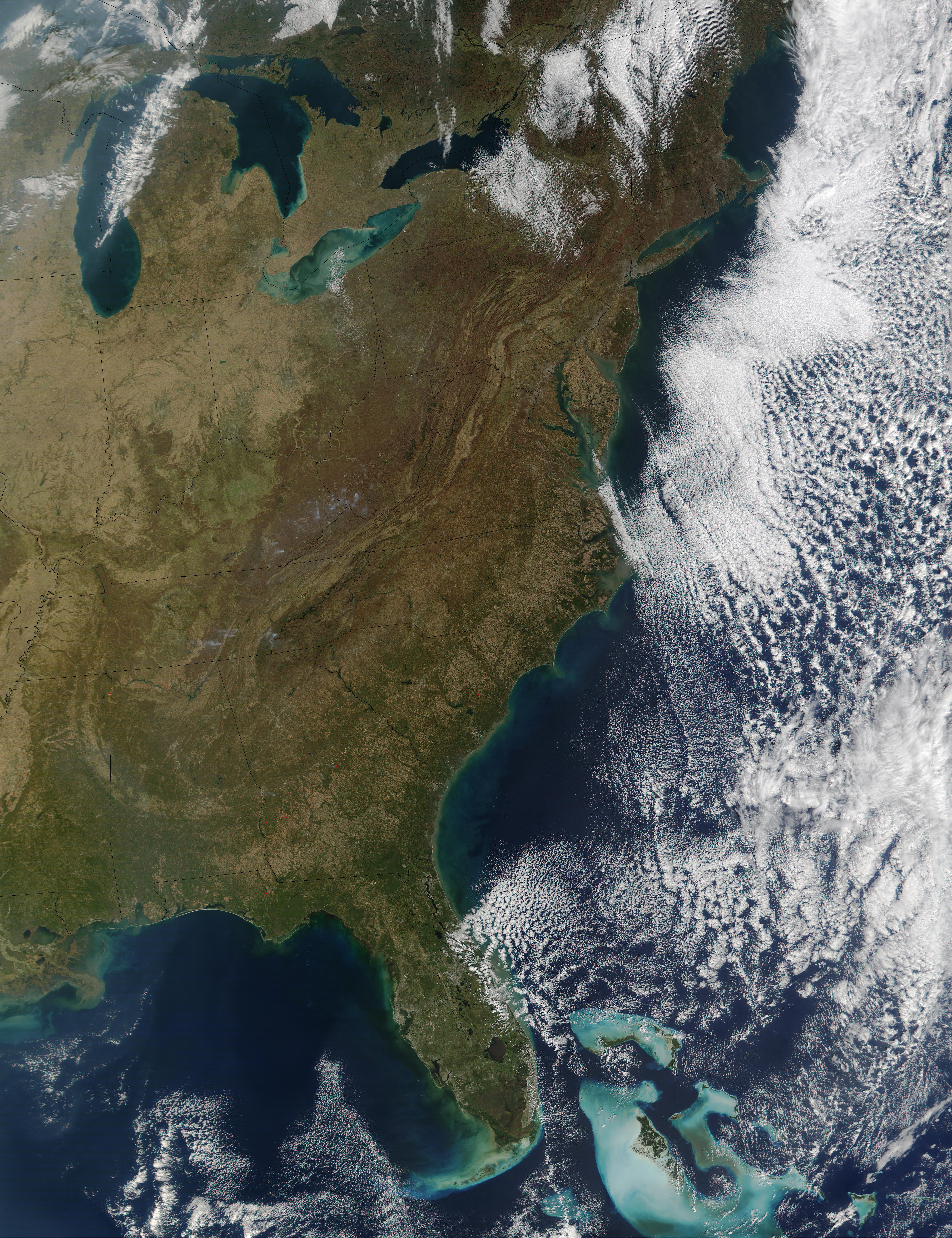 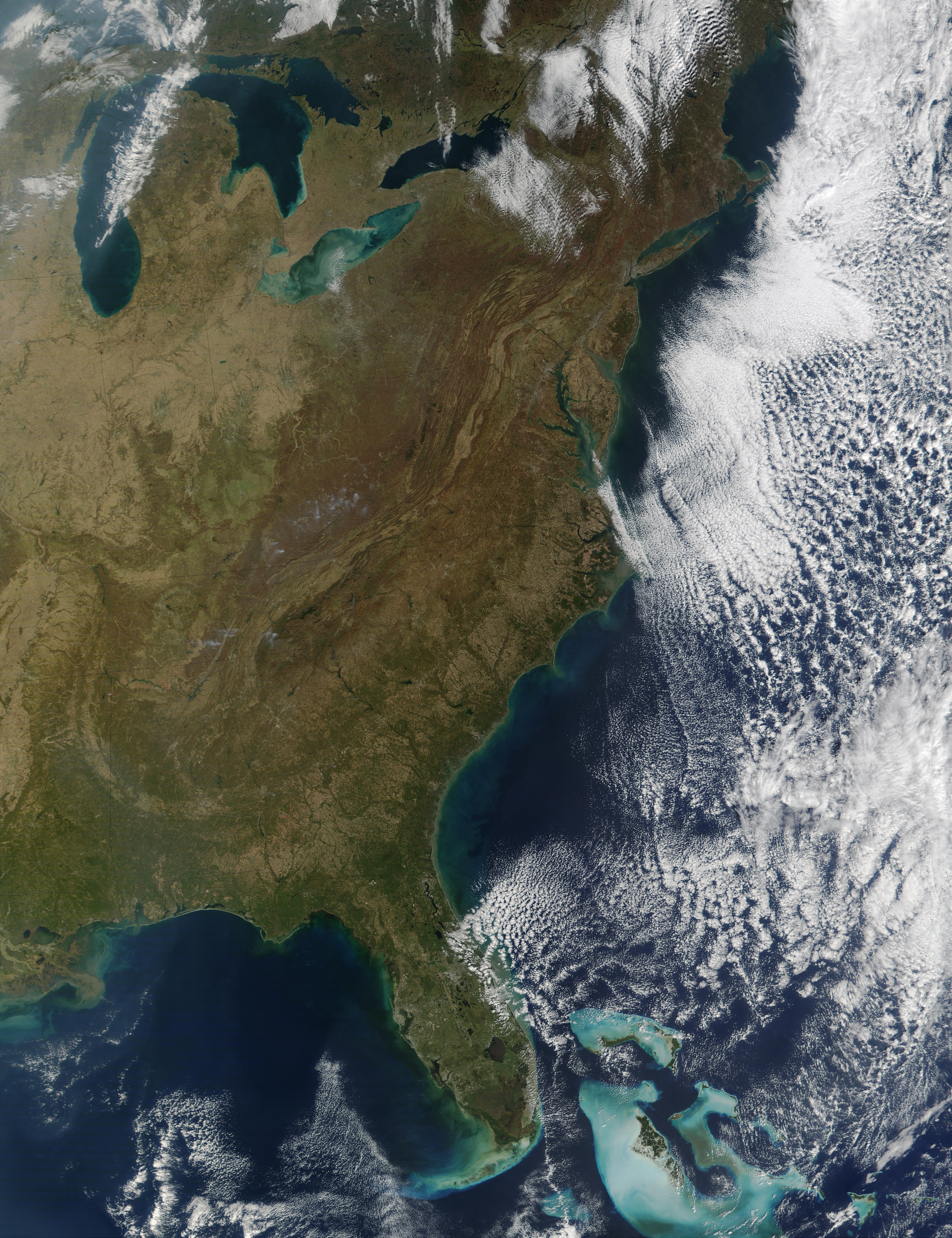 In this true-color image from November 6, 2001, the skies bear little if any sign of the passing of Hurricane Michelle over Florida, Cuba, and the Bahamas on November 2 and 3. In the Atlantic Ocean, however, one marker remains. Normally, the shallower waters around the Florida Keys and the Bahamas Islands stand out in bright, clear, aquamarine against the darker, deeper ocean. In this image, the islands' watery perimeters have taken on a milky appearance, due to sediment churned up by the storm surge.

On land, green vegetation is still holding on throughout much of Florida and the South, while the northern and mid-Atlantic regions are showing the colors of late autumn. South of the Great Lakes, croplands seem to be bare, and the forests of the Appalachian Mountains appear as alternating dark red and pale brown lines running through Pennsylvania, Virginia, and West Virginia. Fall is often a season for forest fires, and several smoke plumes are visible in southern West Virginia (roughly in the image's center), and south in Kentucky and Tennessee.