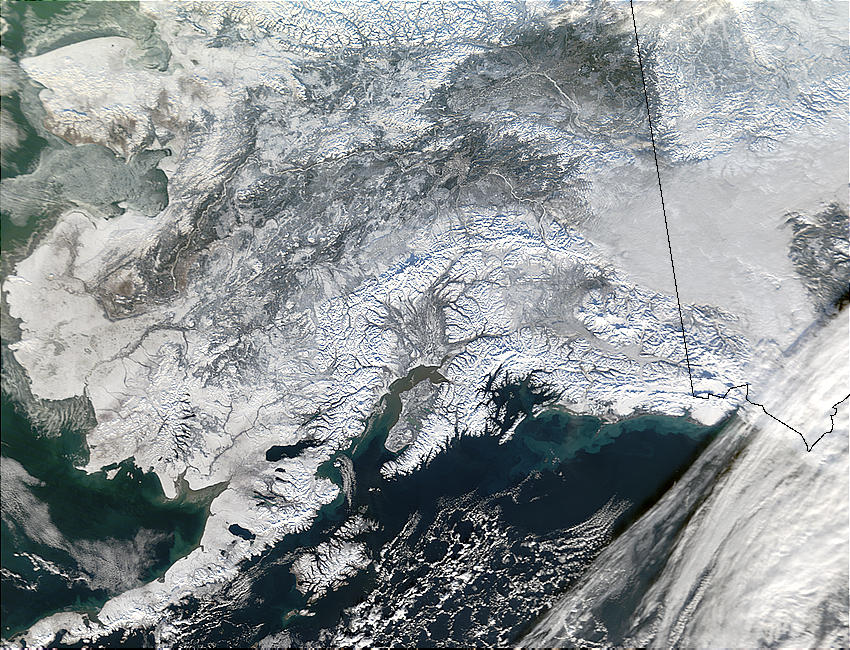 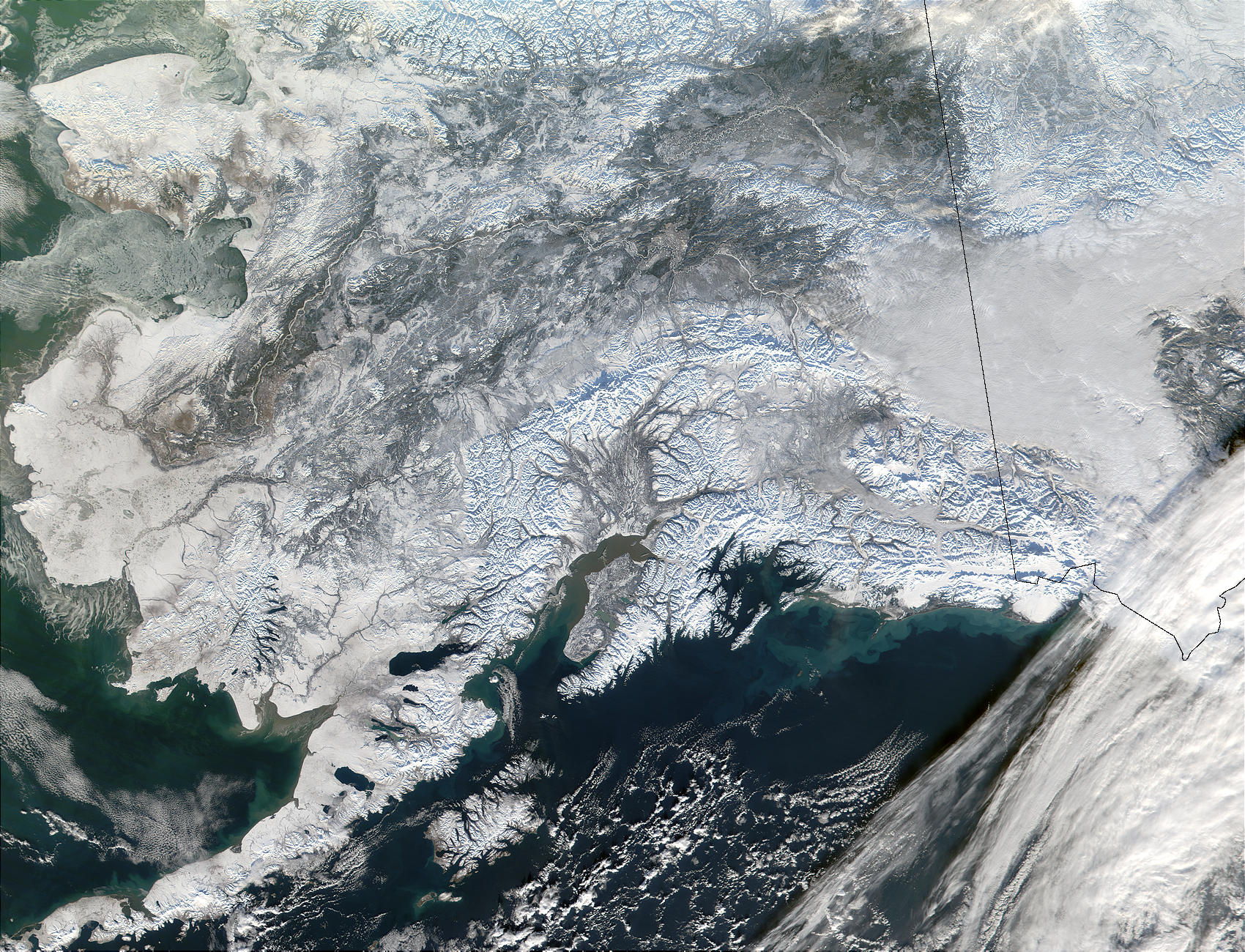 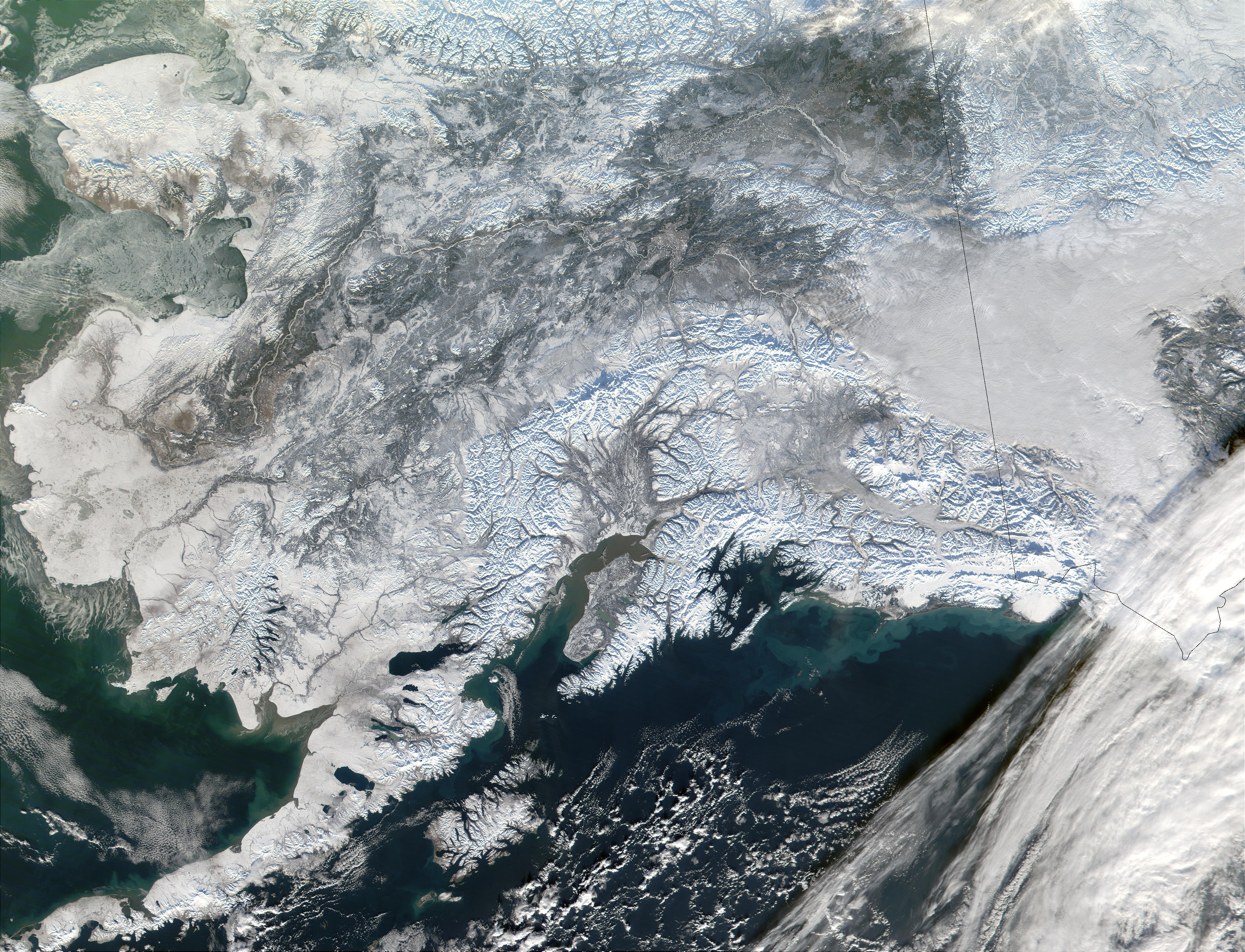 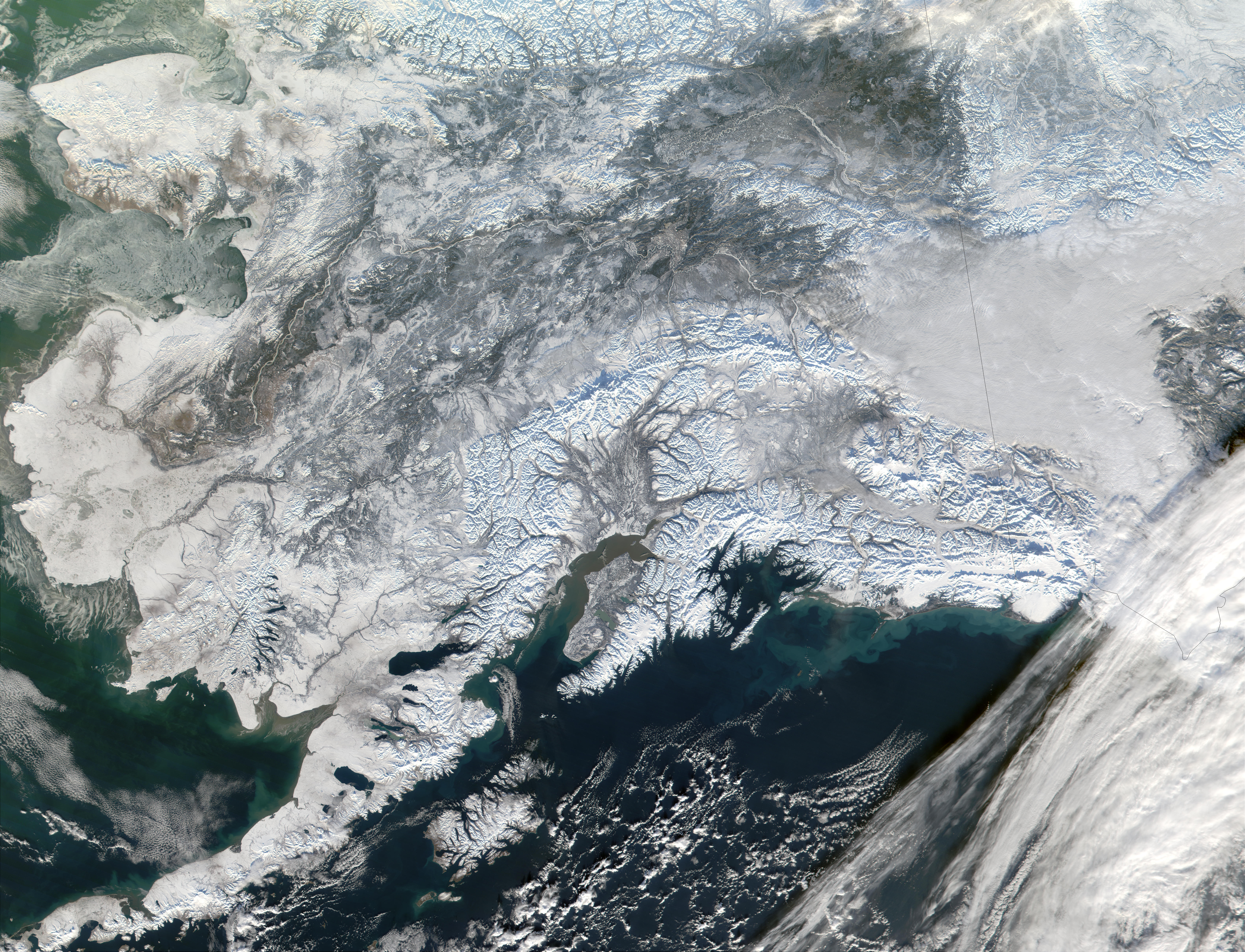 In this spectacular MODIS image from November 7, 2001, the skies are clear over Alaska, revealing winter's advance. Perhaps the most interesting feature of the image is in its center; in blue against the rugged white backdrop of the Alaska Range, Denali, or Mt. McKinley, casts its massive shadow in the fading daylight. At 20,322 ft (6,194m), Denali is the highest point in North America.

South of Denali, Cook Inlet appears flooded with sediment, turning the waters a muddy brown. To the east, where the Chugach Mountains meet the Gulf of Alaska, and to the west, across the Aleutian Range of the Alaska Peninsula, the bright blue and green swirls indicate populations of microscopic marine plants called phytoplankton.