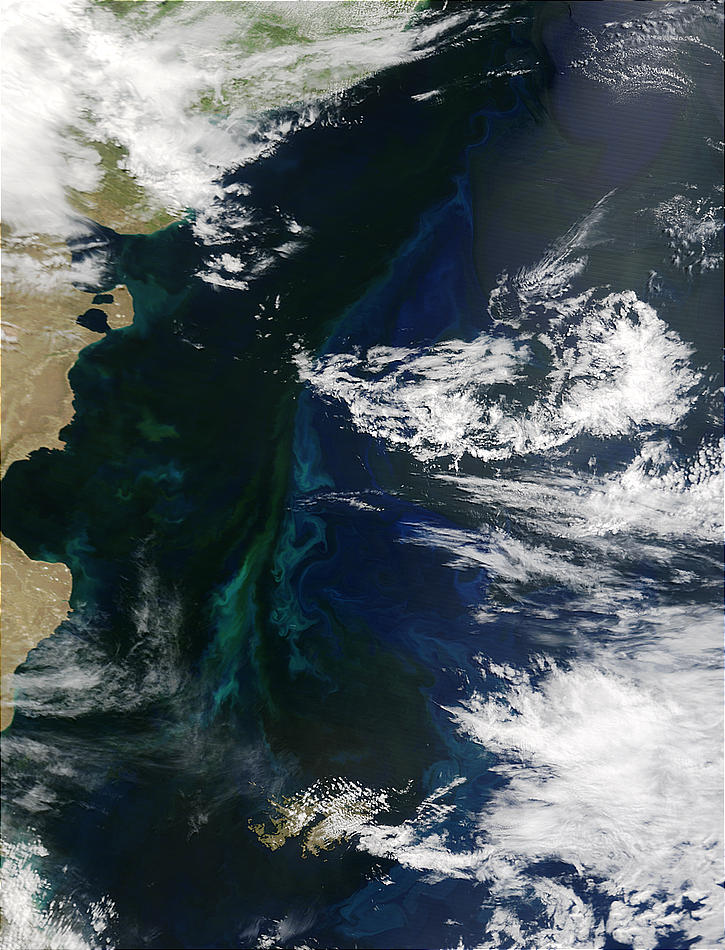 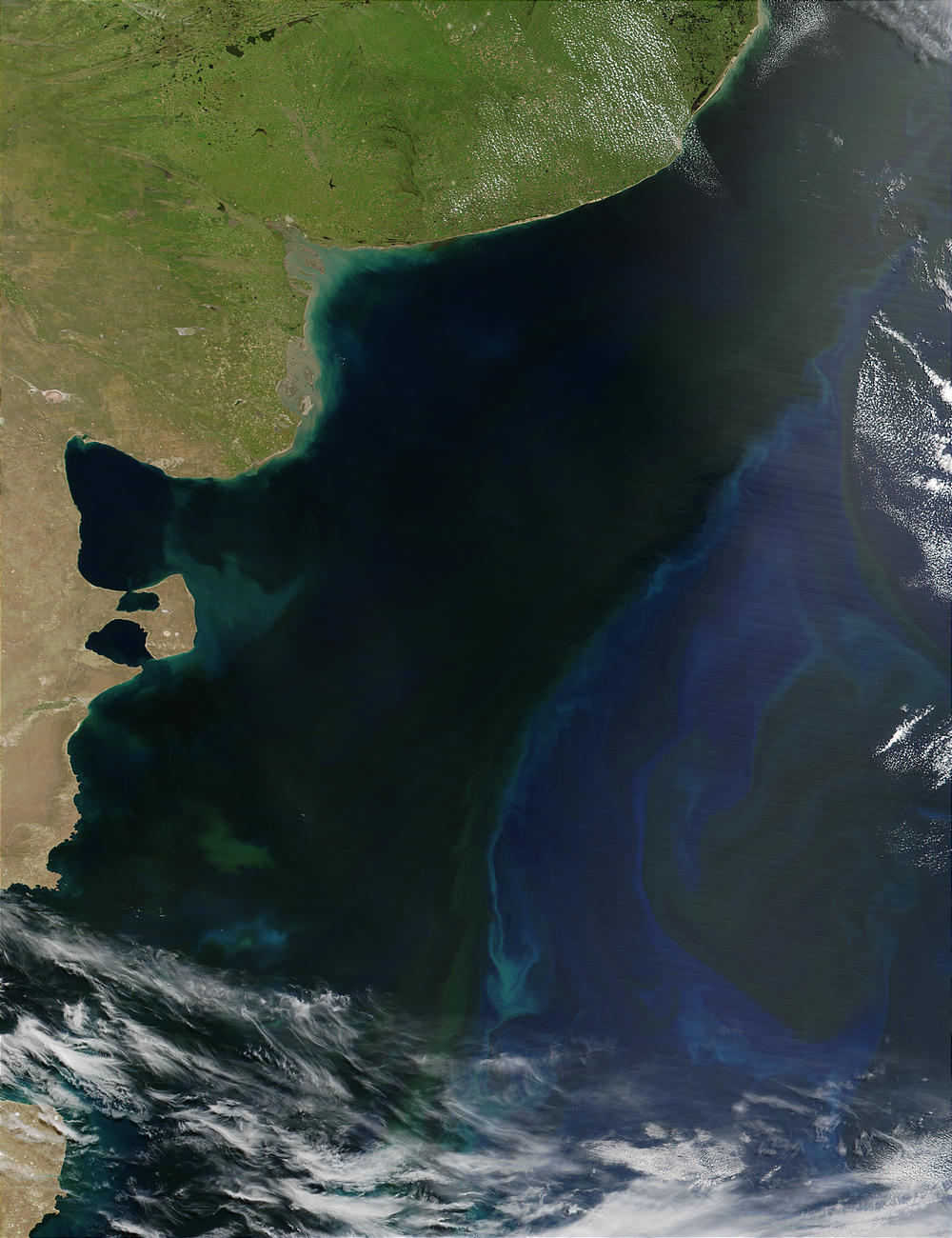 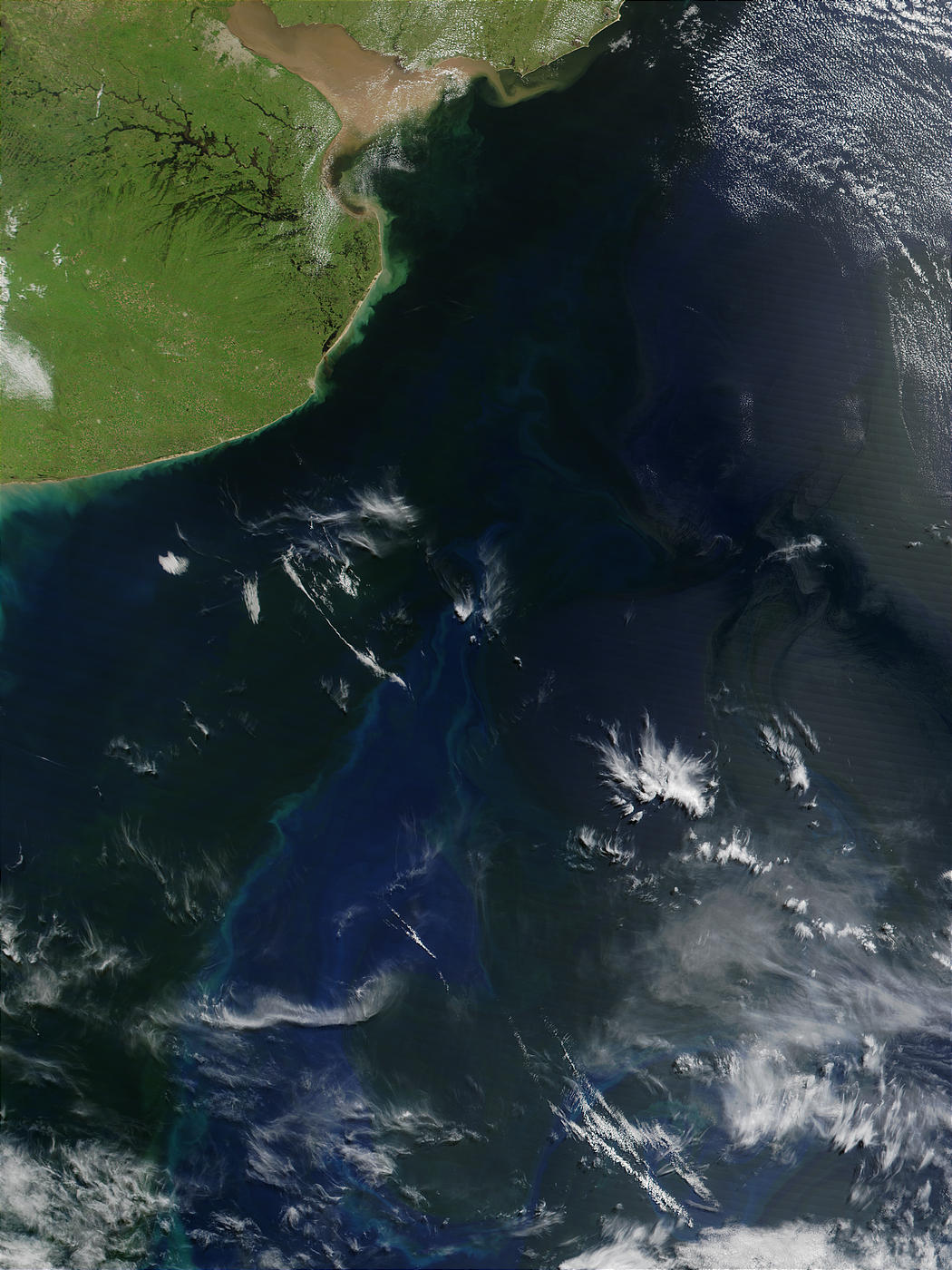 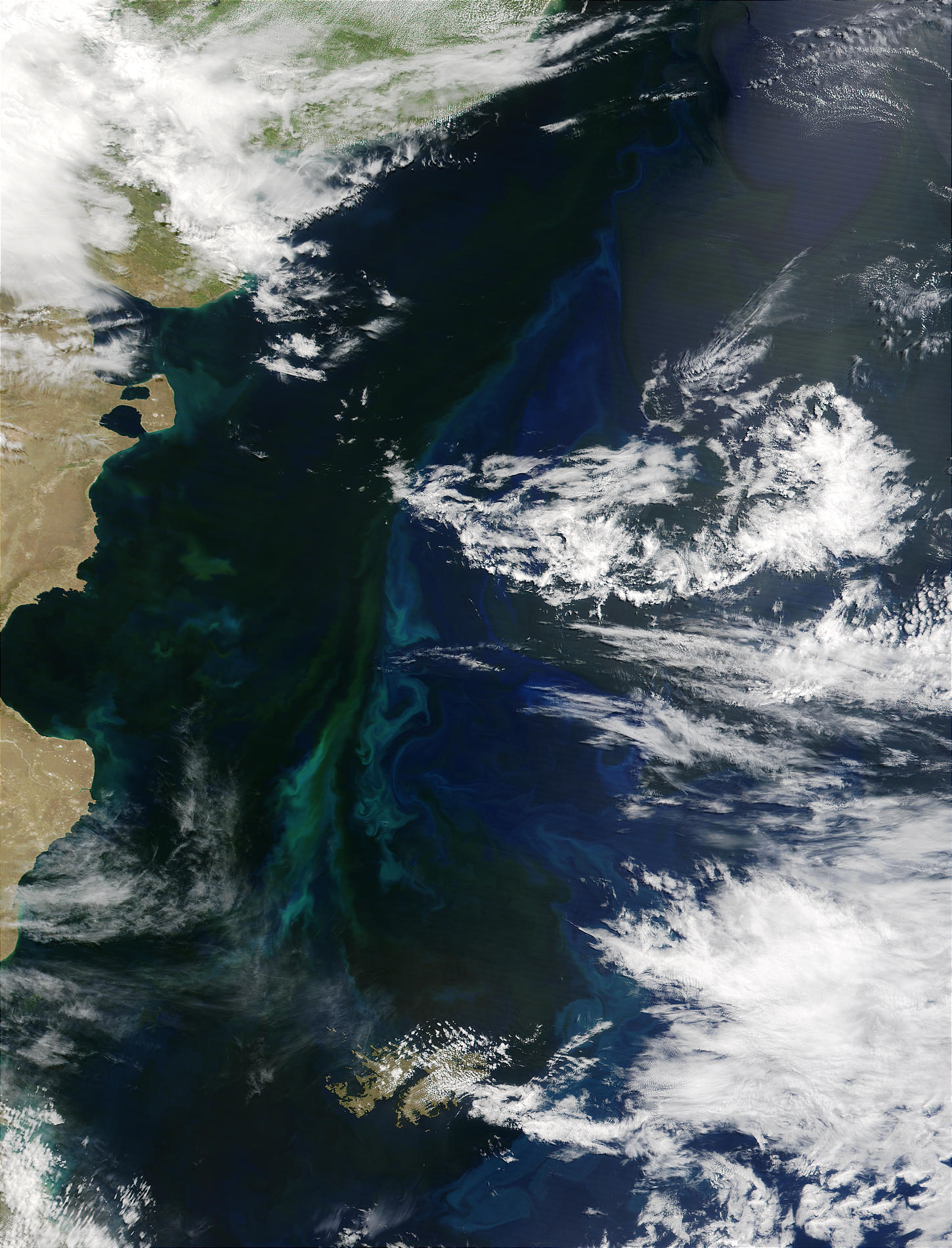 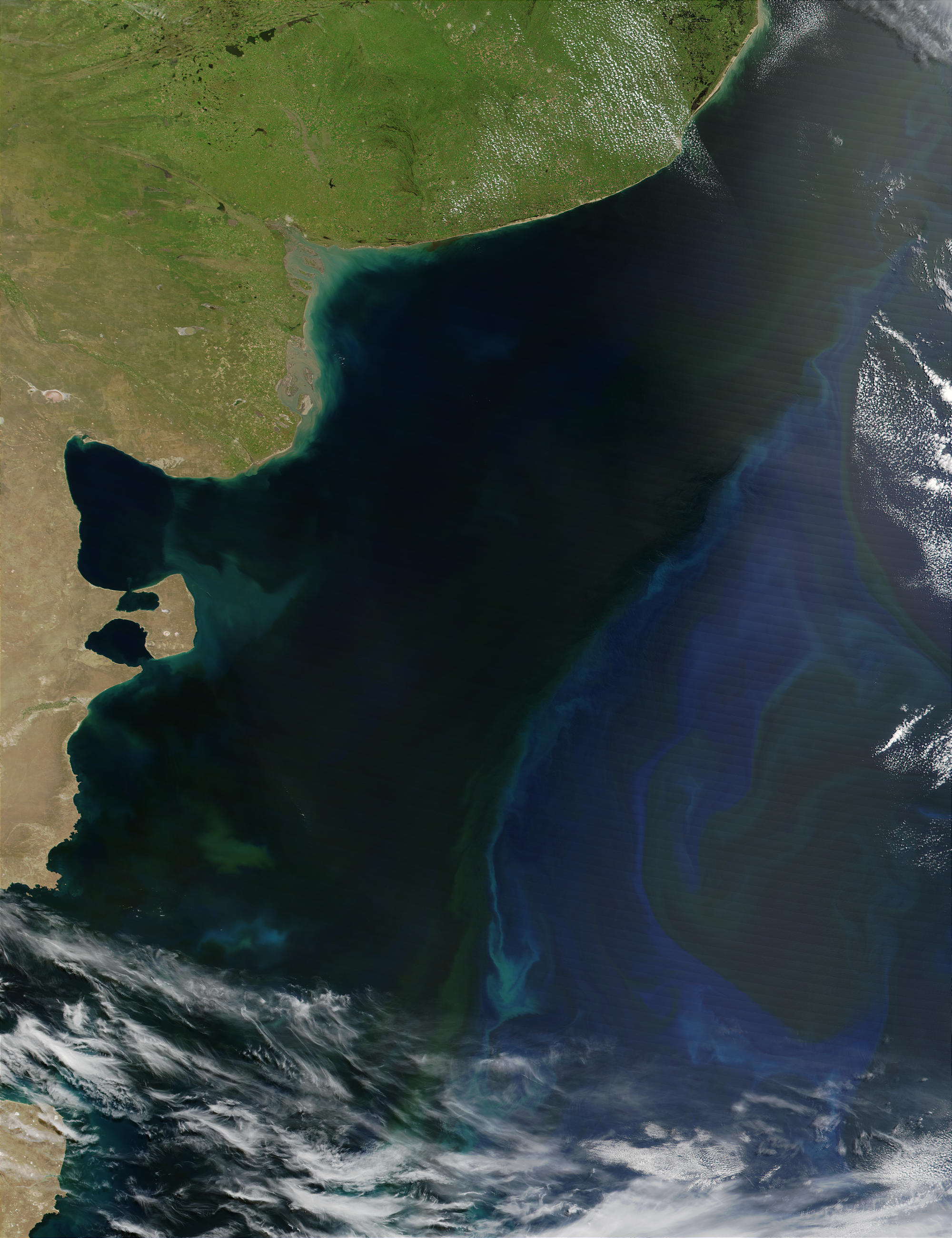 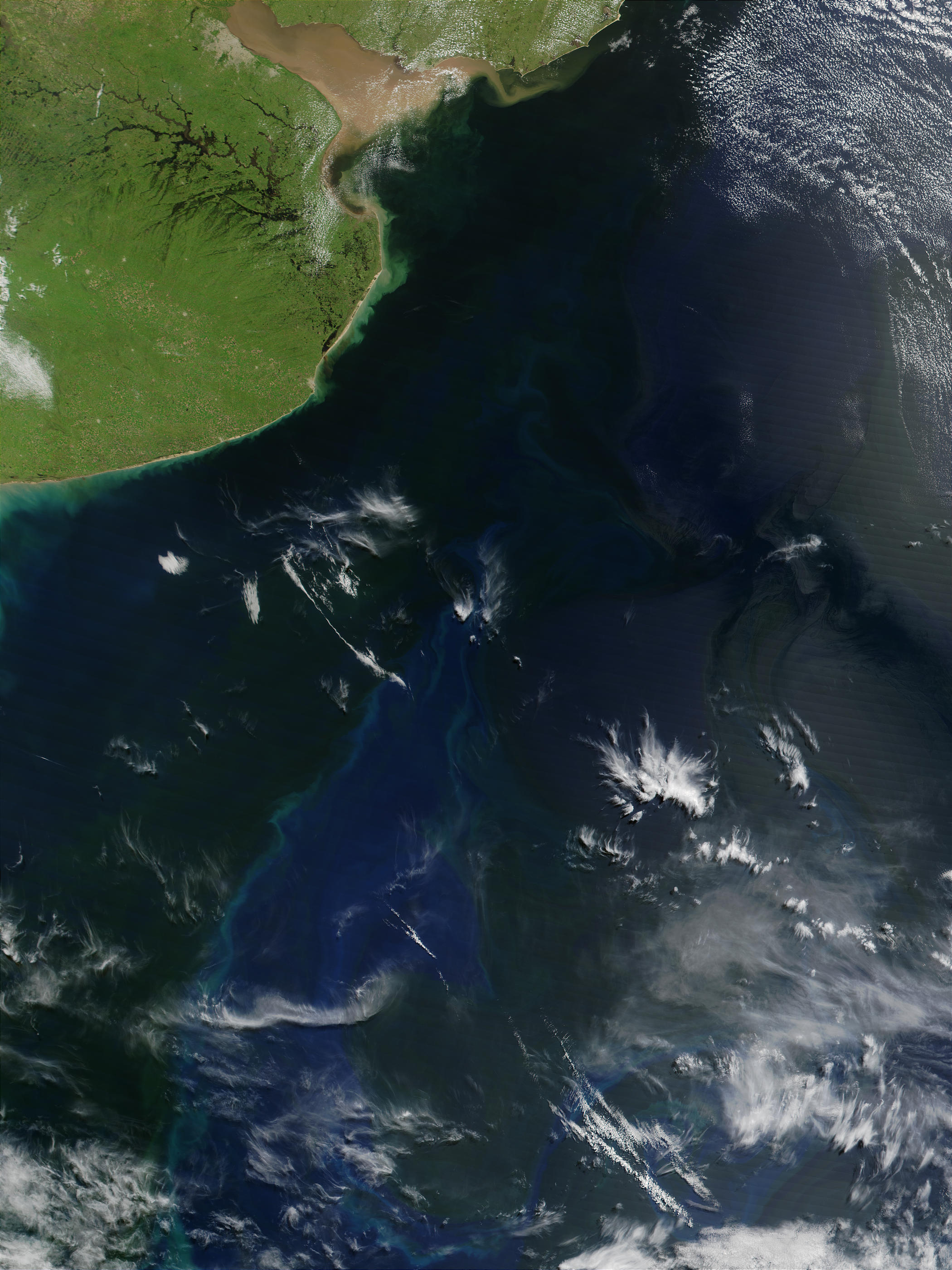 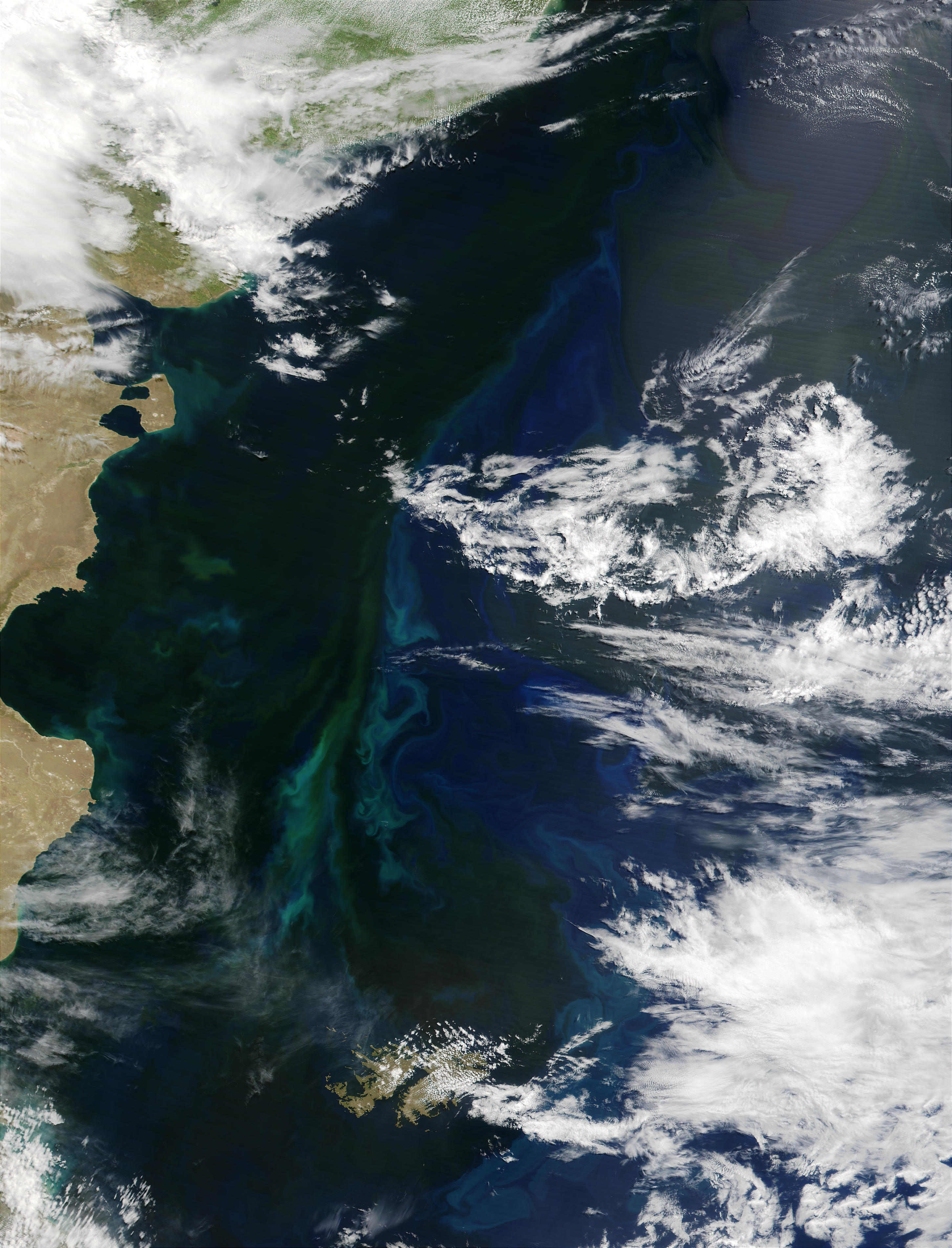 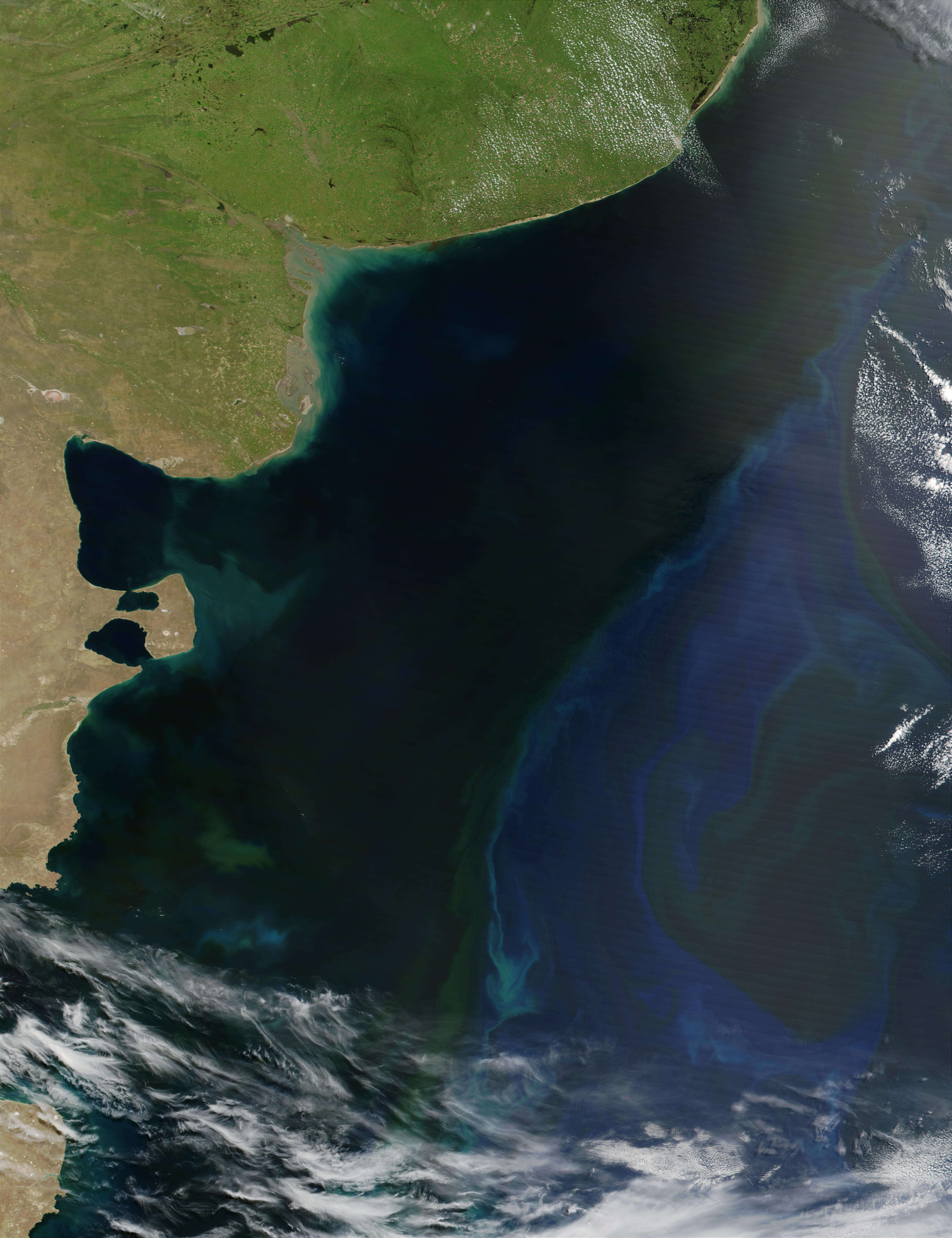 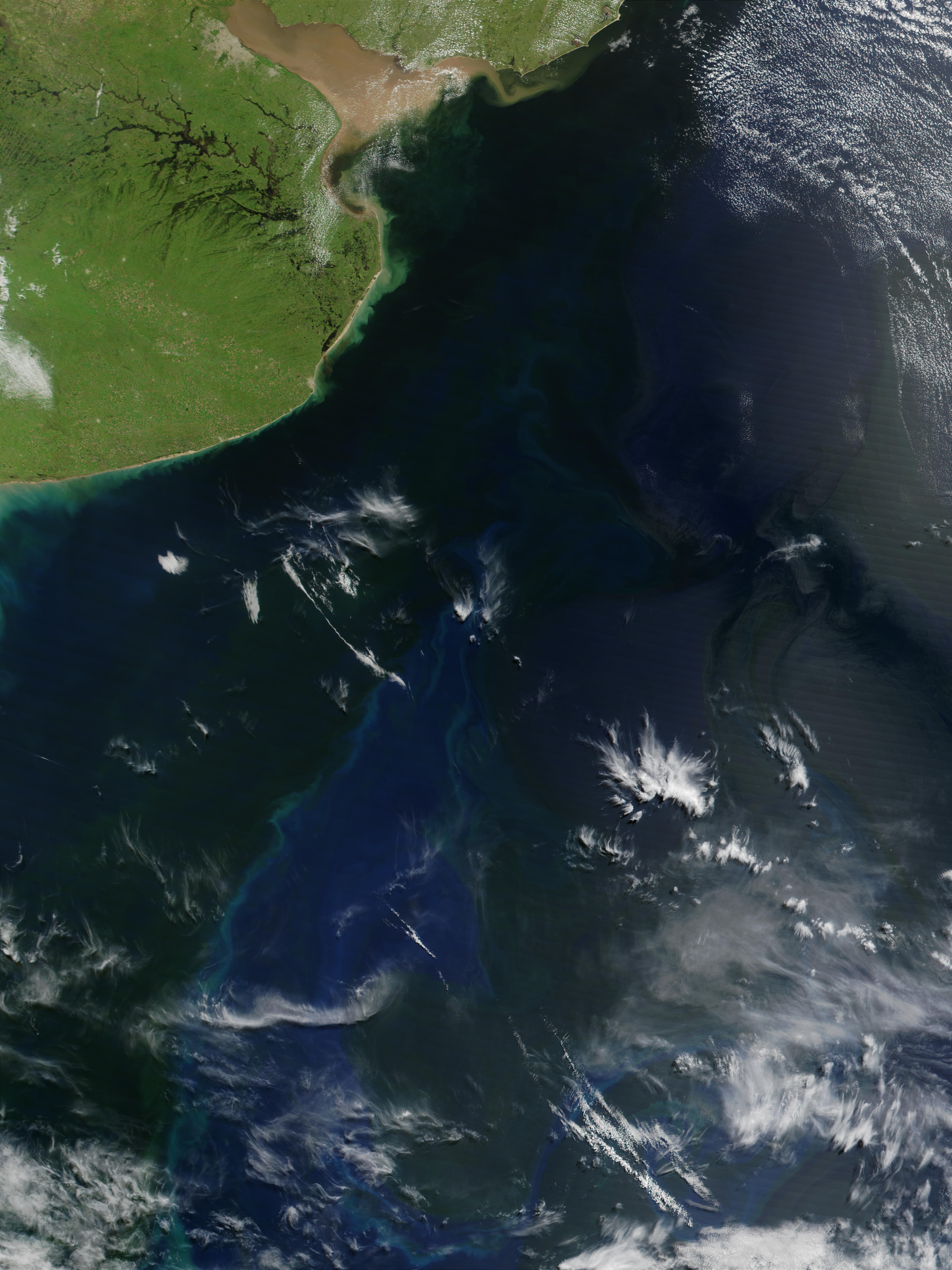 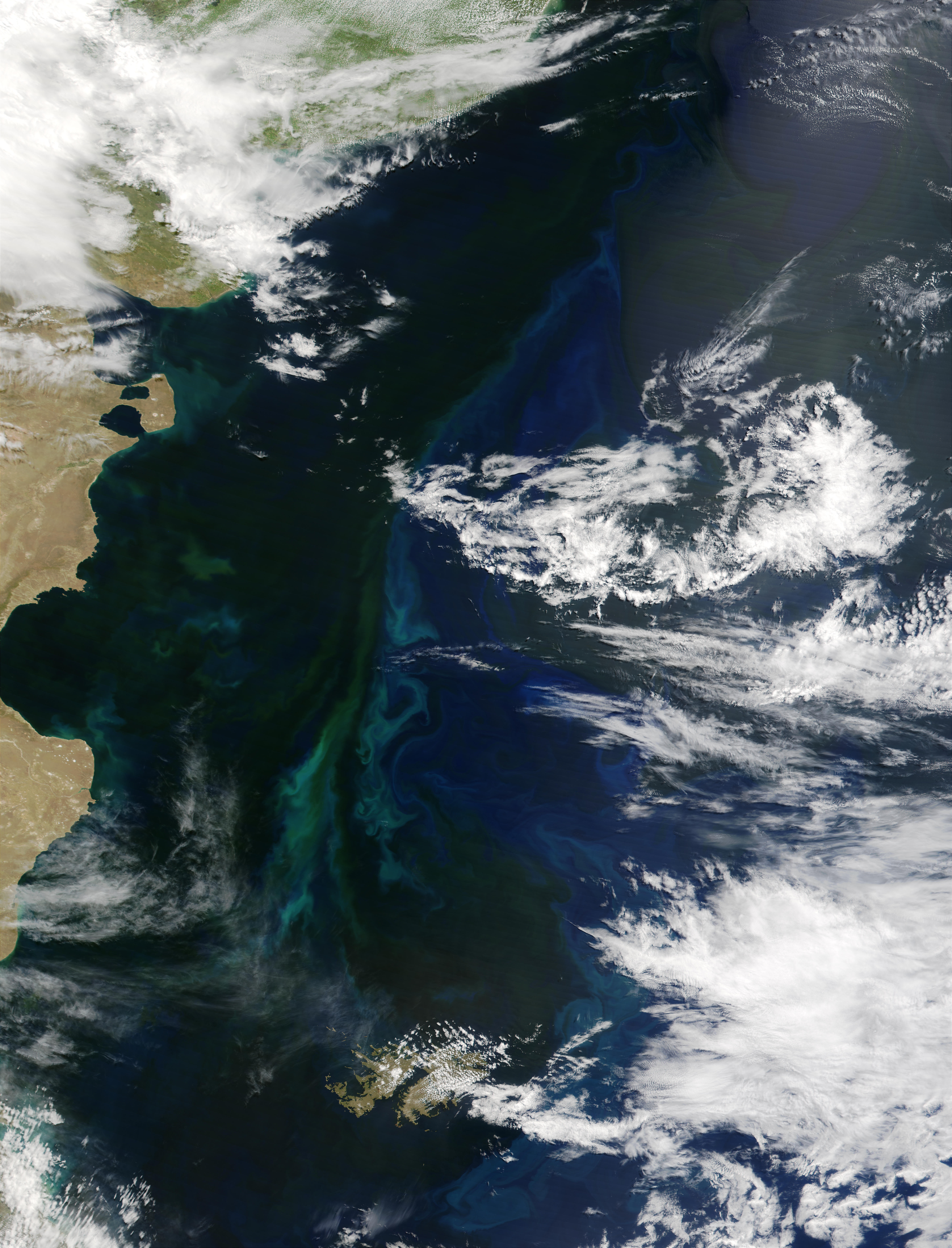 Phytoplankton bloom off the coast of Argentina

Off the east coast of Argentina, the South Atlantic Ocean is blooming. This true-color MODIS image from November 9, 2001, shows the waters off southern Argentina swirling with the blues and greens that indicate massive amounts of microscopic marine plants called phytoplankton. The blooms in this area are a regularly occurring phenomenon due to the existence of what oceanographers call a convergence zone-where two strong ocean currents meet.

In this case, the meeting is that of the warmer, lower-nutrient Brazil Current, which flows southward toward the pole along the coast of South America and the northward flowing Falkland Current. Although the exact meeting point varies, convergence is usually somewhere around 39( South Latitude, south of Buenos Aires and the Rio De la Plata estuary (obscured by clouds in the upper left of this image). The turbulence caused by the convergence of the two currents causes upwelling in some areas, and cold-nutrient rich water is drawn up from the depths of the ocean, supporting a phytoplankton bloom.