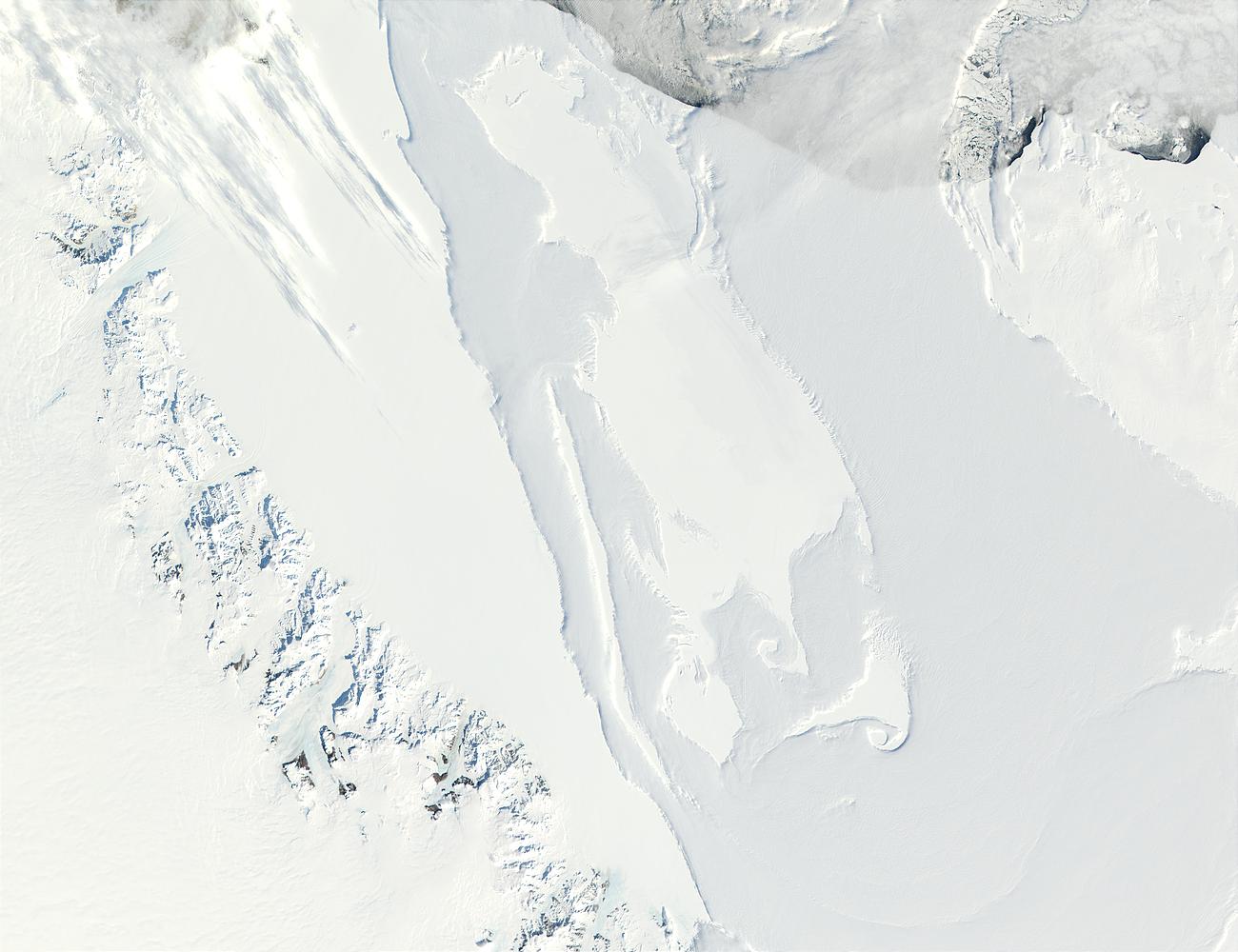 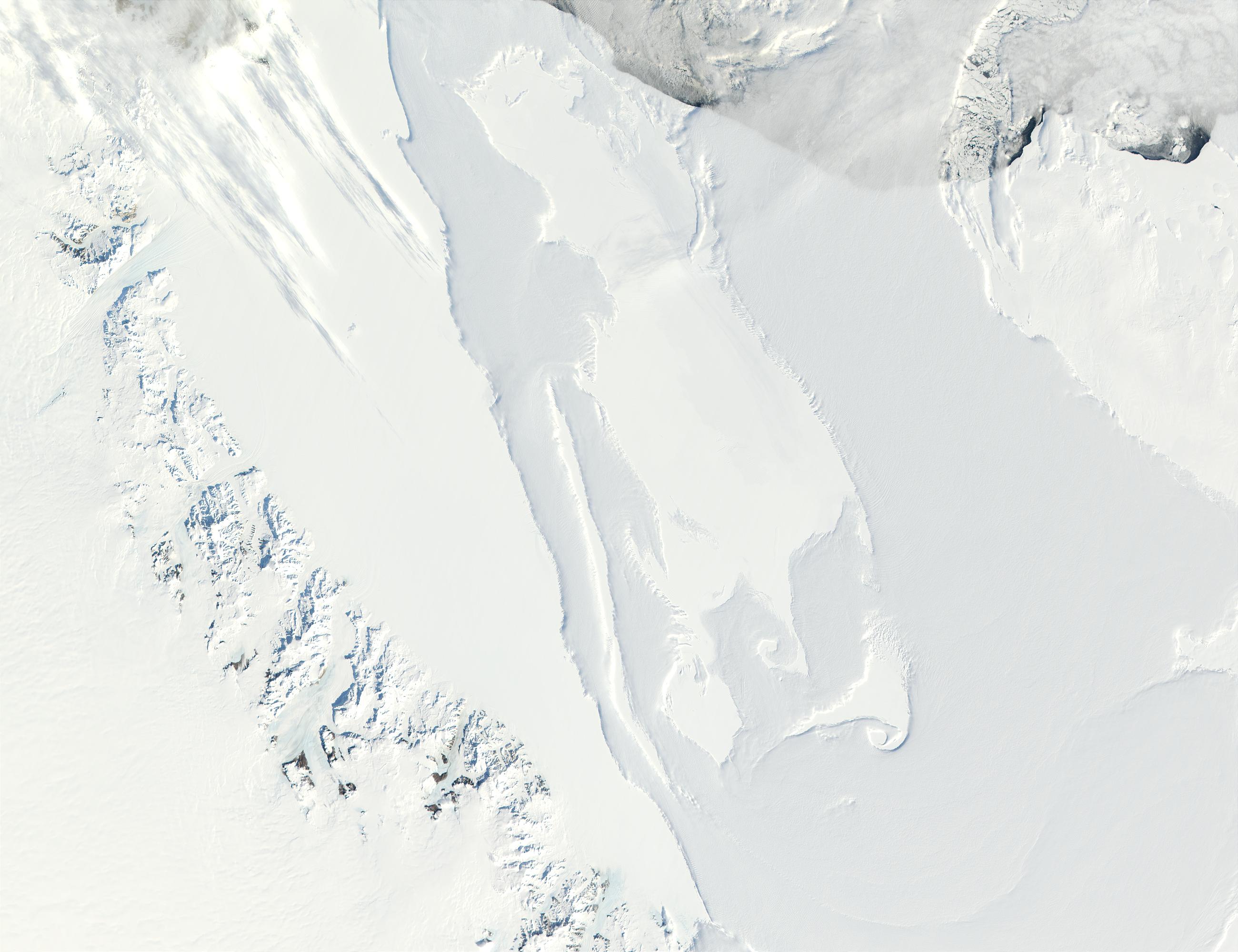 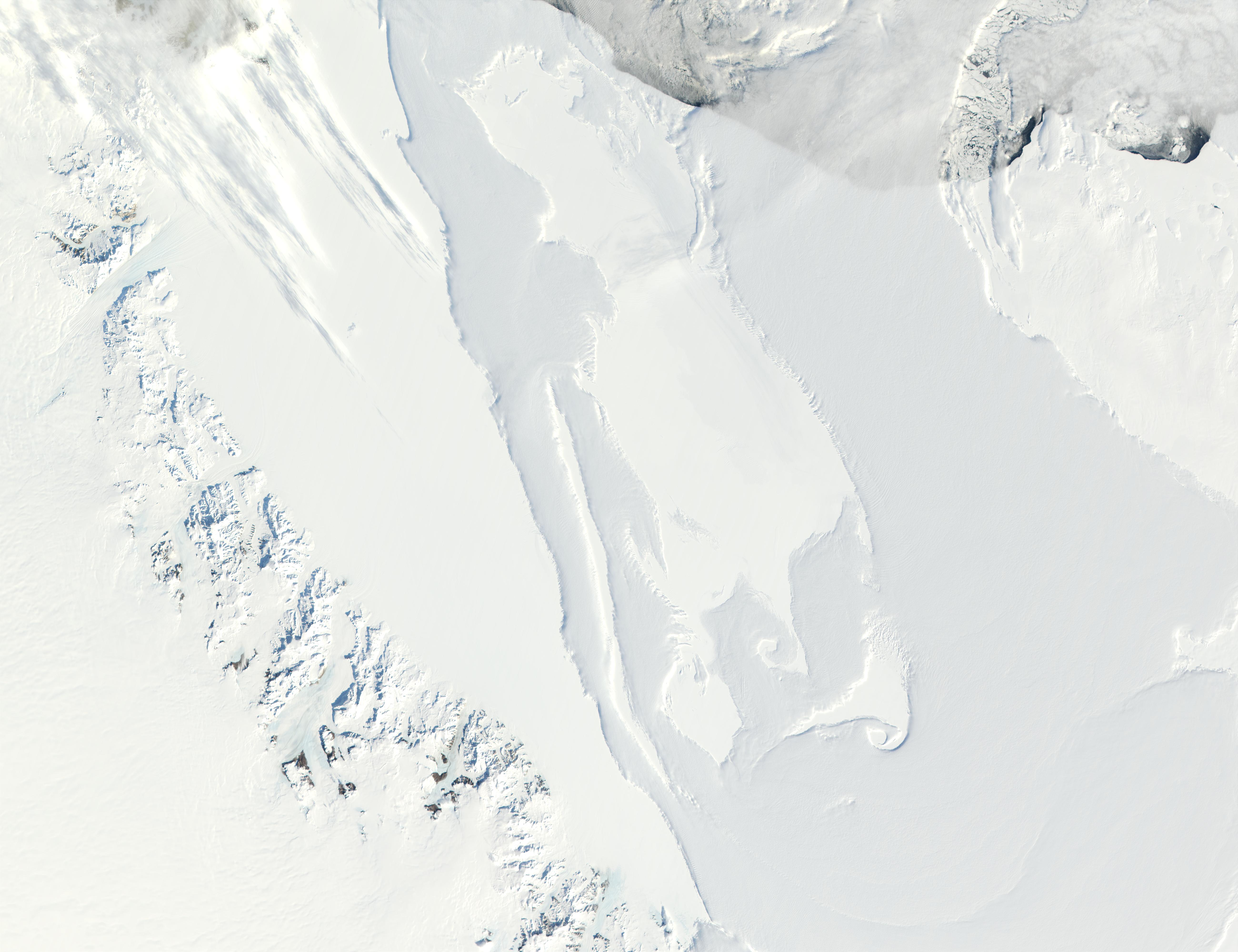 This true-color MODIS image from November 14, 2001, shows a portion of the Trans-Antarctic Mountain Range running along the left of the image. The blue shadows cast on the snow by the mountains can make the mountains actually look like depressions in the snow. The high-resolution image makes the peaks and shadows clear. At the center of the image is the Ross Ice Shelf, and enormous ice sheet that hangs out over the coastline.