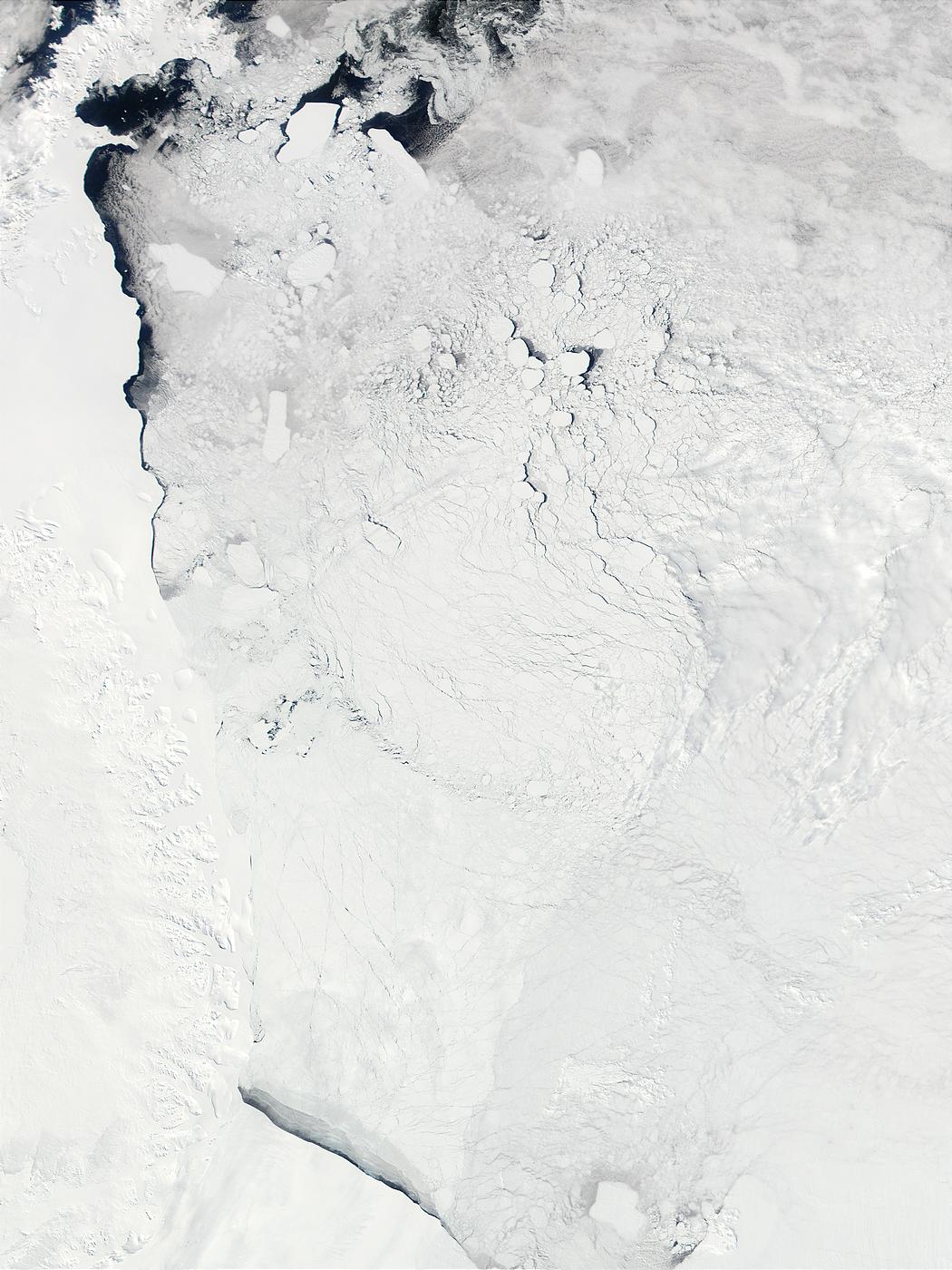 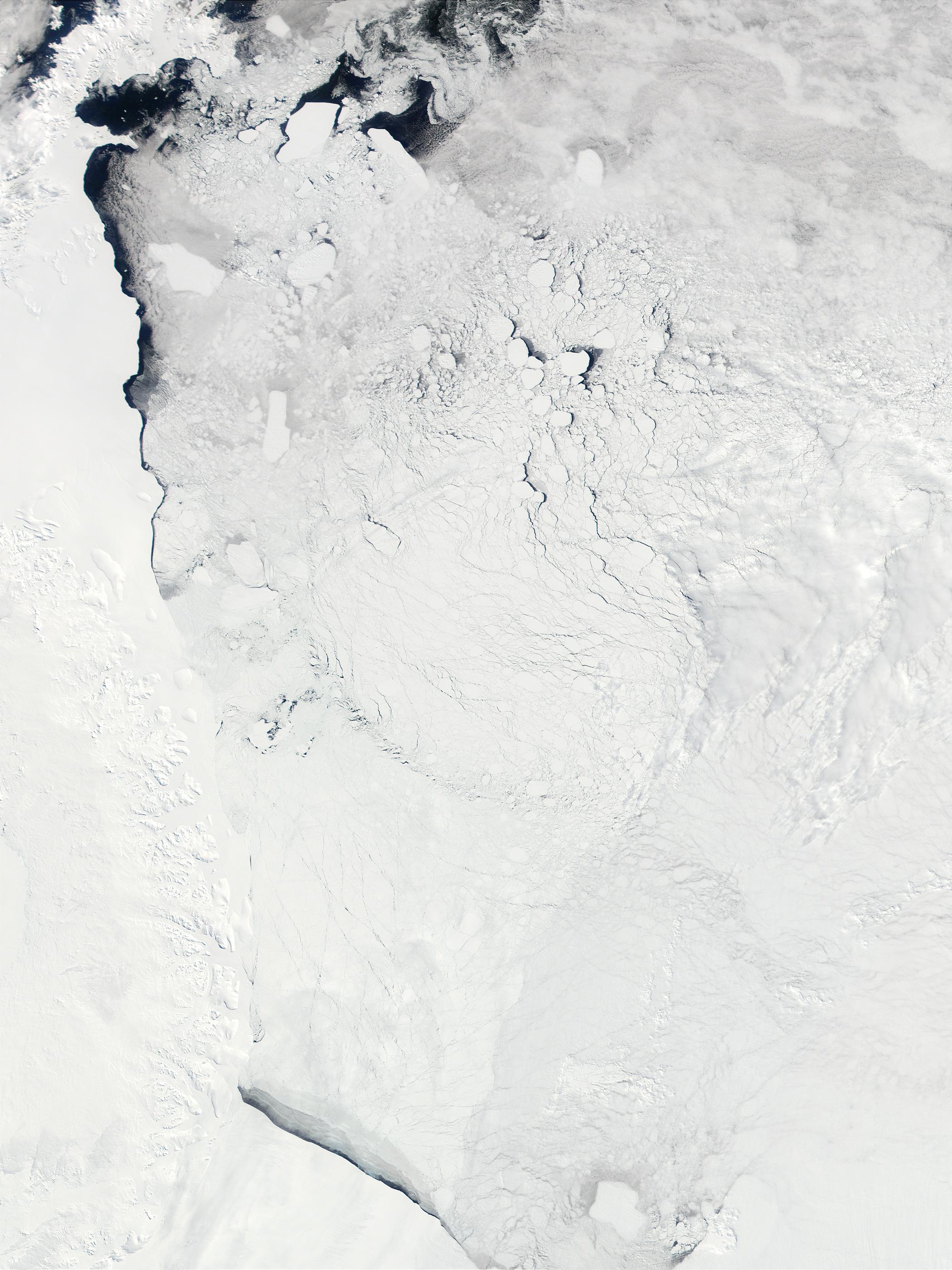 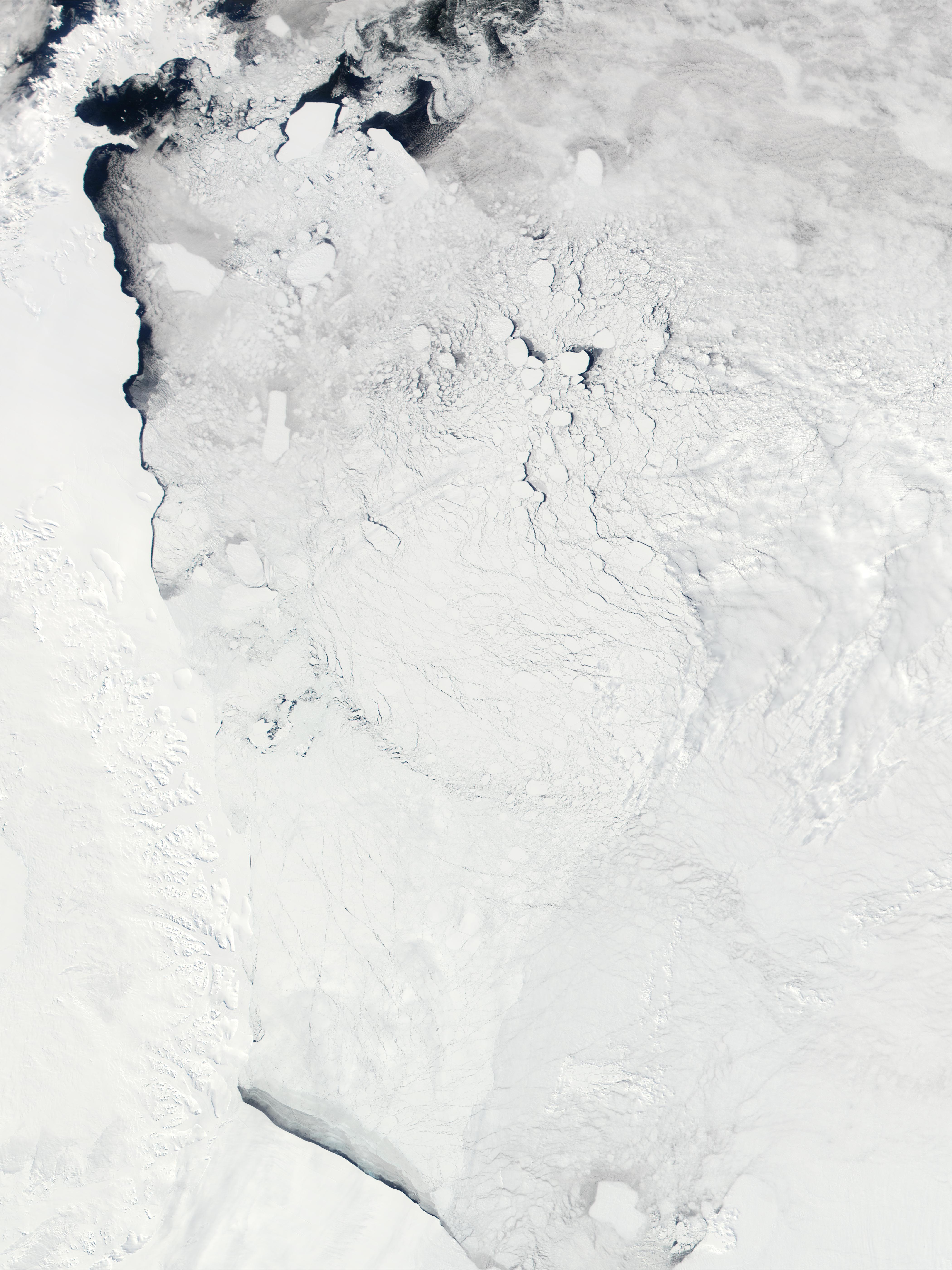 These true-color images from NASA’s Moderate Resolution Imaging Spectroradiometer (MODIS) show a portion of the western hemisphere Antarctic coastline. The image from October 24, 2001, shows the Antarctic Peninsula reaching out into the Southern Ocean toward the southern tip of South America. The image from November 9, 2001, shows the Antarctic Peninsula at left and sea ice in the Weddell Sea to the right.