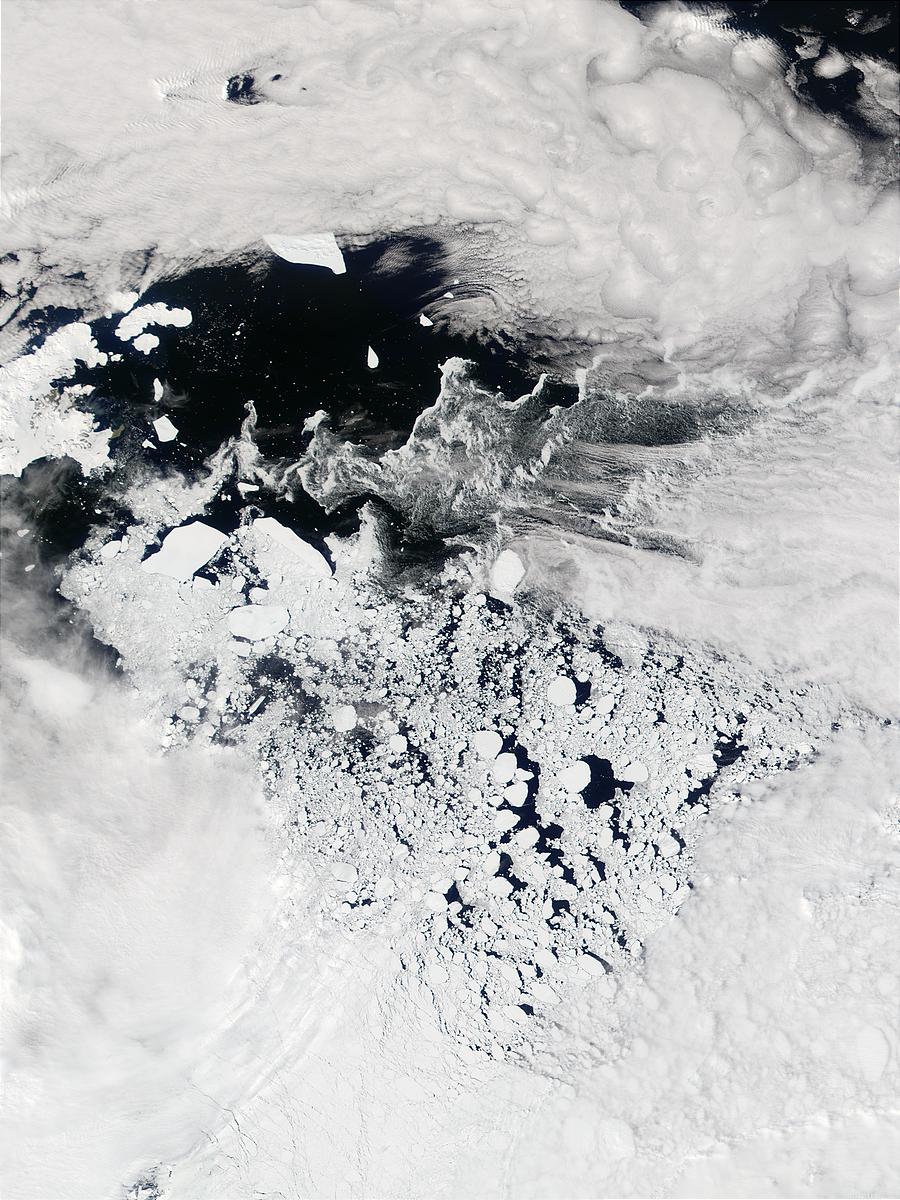 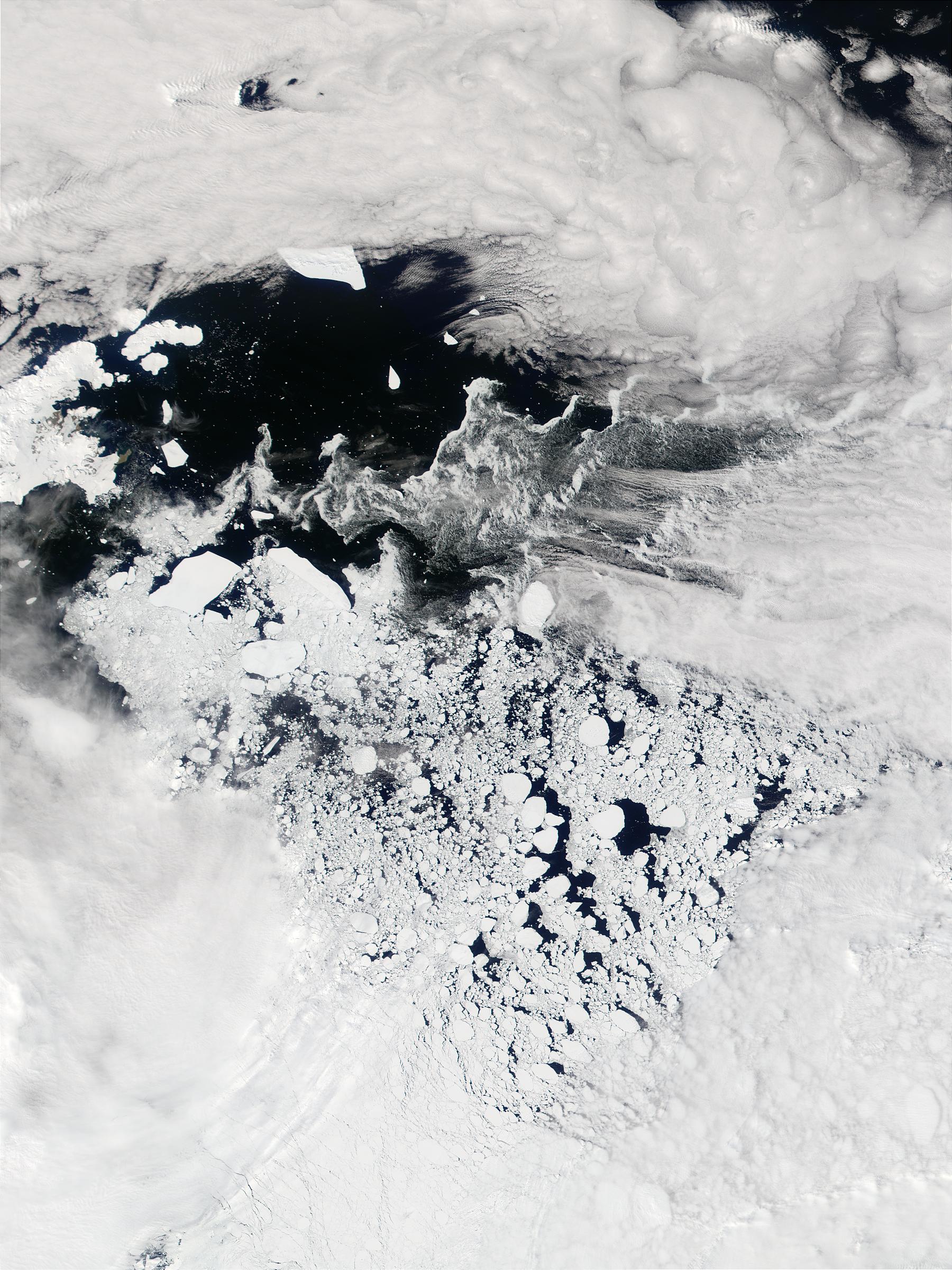 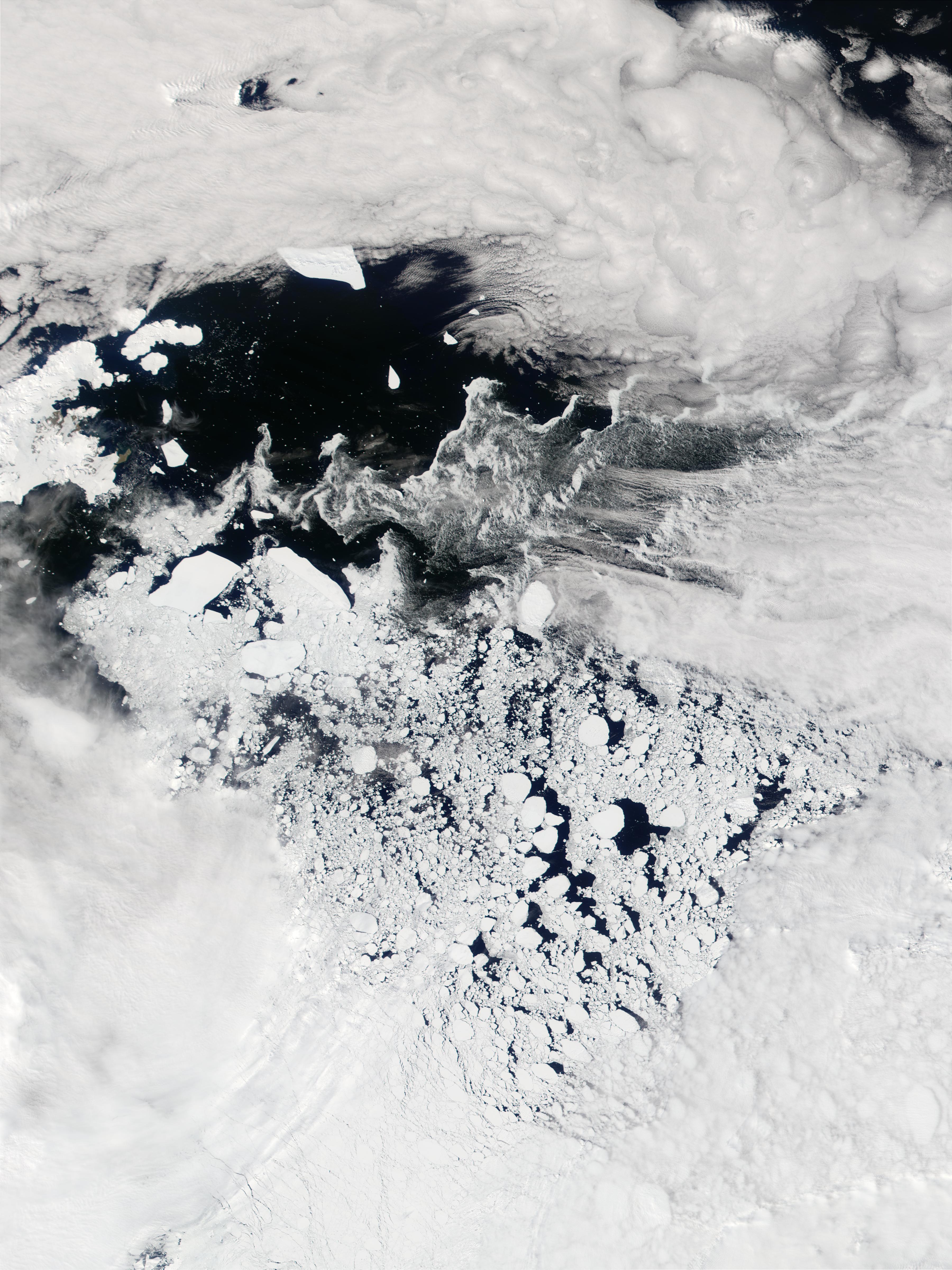 East of the Antarctic Peninsula (left), the Weddell Sea is full of massive icebergs. This true-color MODIS image from November 23, 2001, shows a variety of shapes in the icebergs. Some have taken on a rounder shape, suggesting that they may be older and have been rounded by currents and wind. Others are more angular, and may have broken off of an ice shelf more recently.