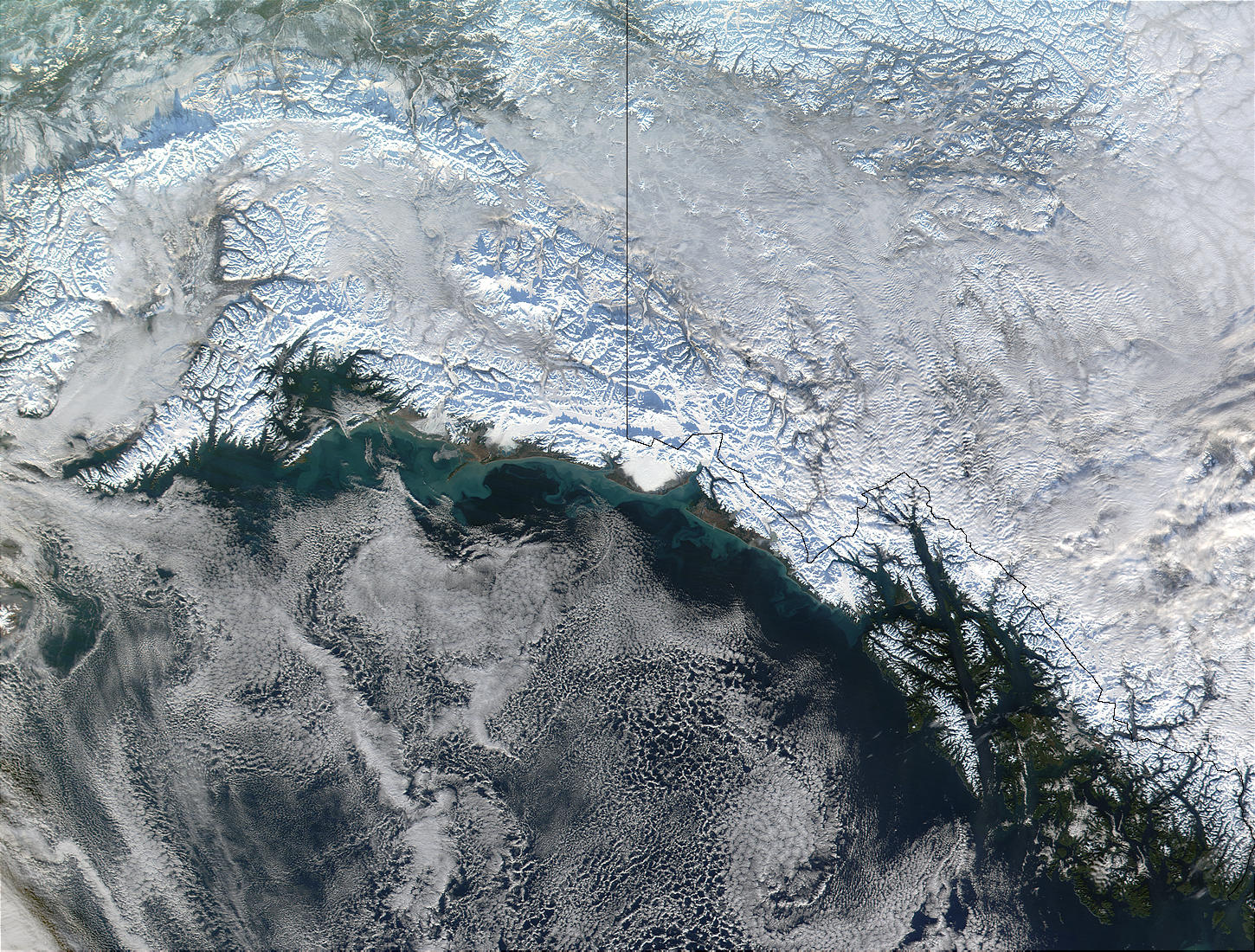 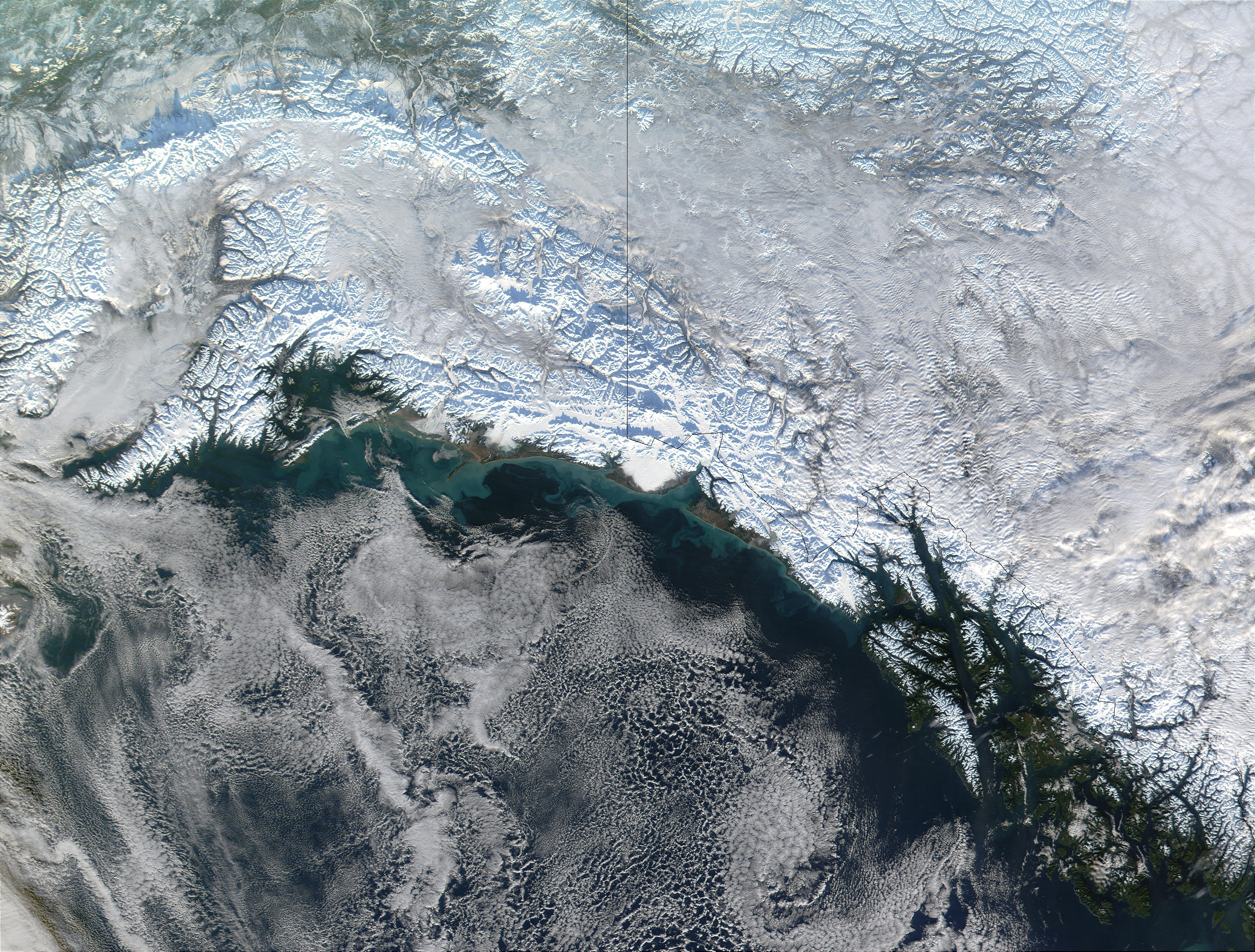 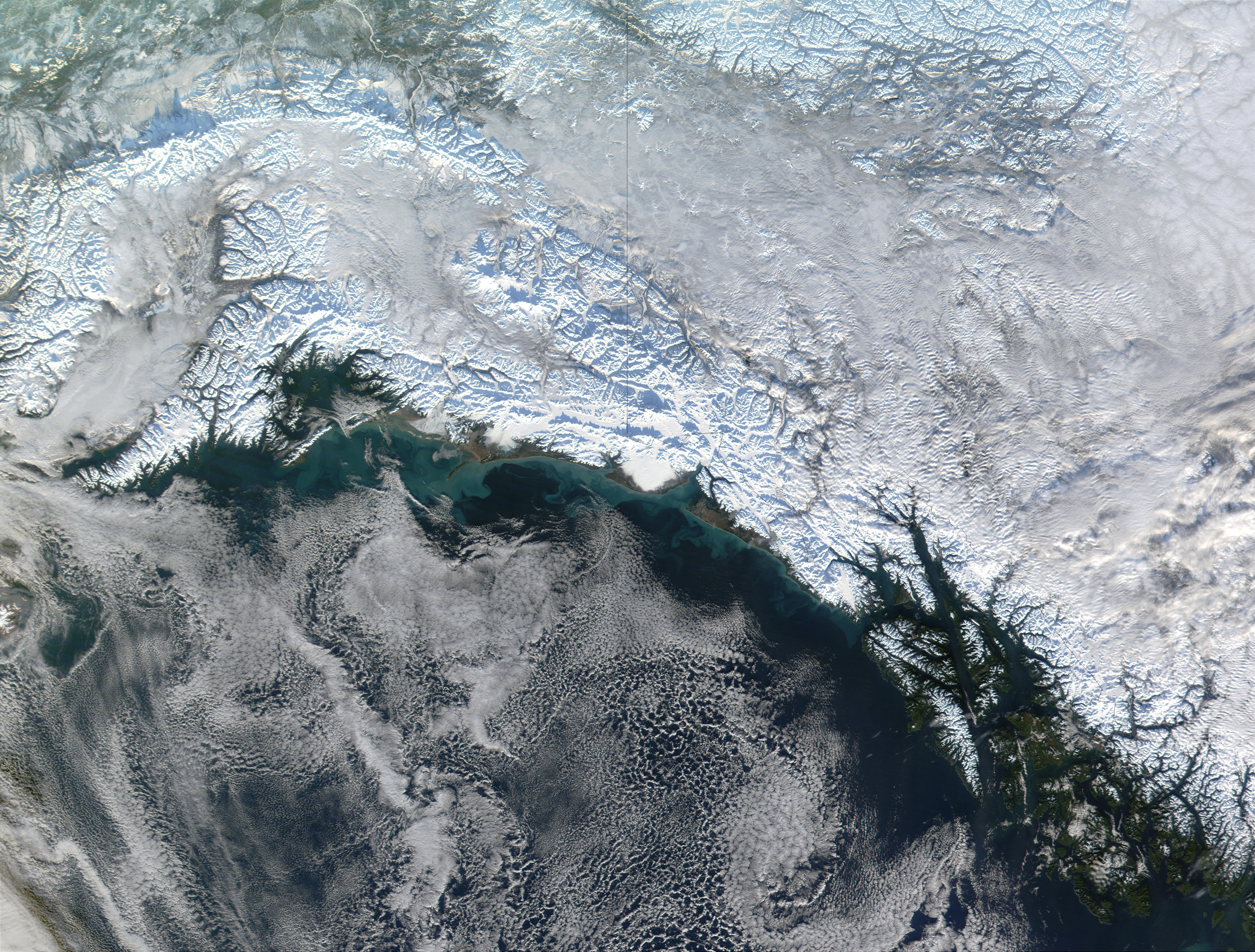 This true-color image of southeastern Alaska was acquired from data collected by MODIS on November 24, 2001. In it you can see the eastern most portion of the Aluetian Mountains (far left), as they give way to the crescent-shaped Alaska Range. The Alaska Range begins at the image's left and runs just to the right of the image's center, stopping short of crossing over into Canada's Yukon Territory. The most famous peak associated with the Alaska Range is of course Denali, which is casting an enormous shadow (upper left) as the setting sun moves ever closer to the horizon.