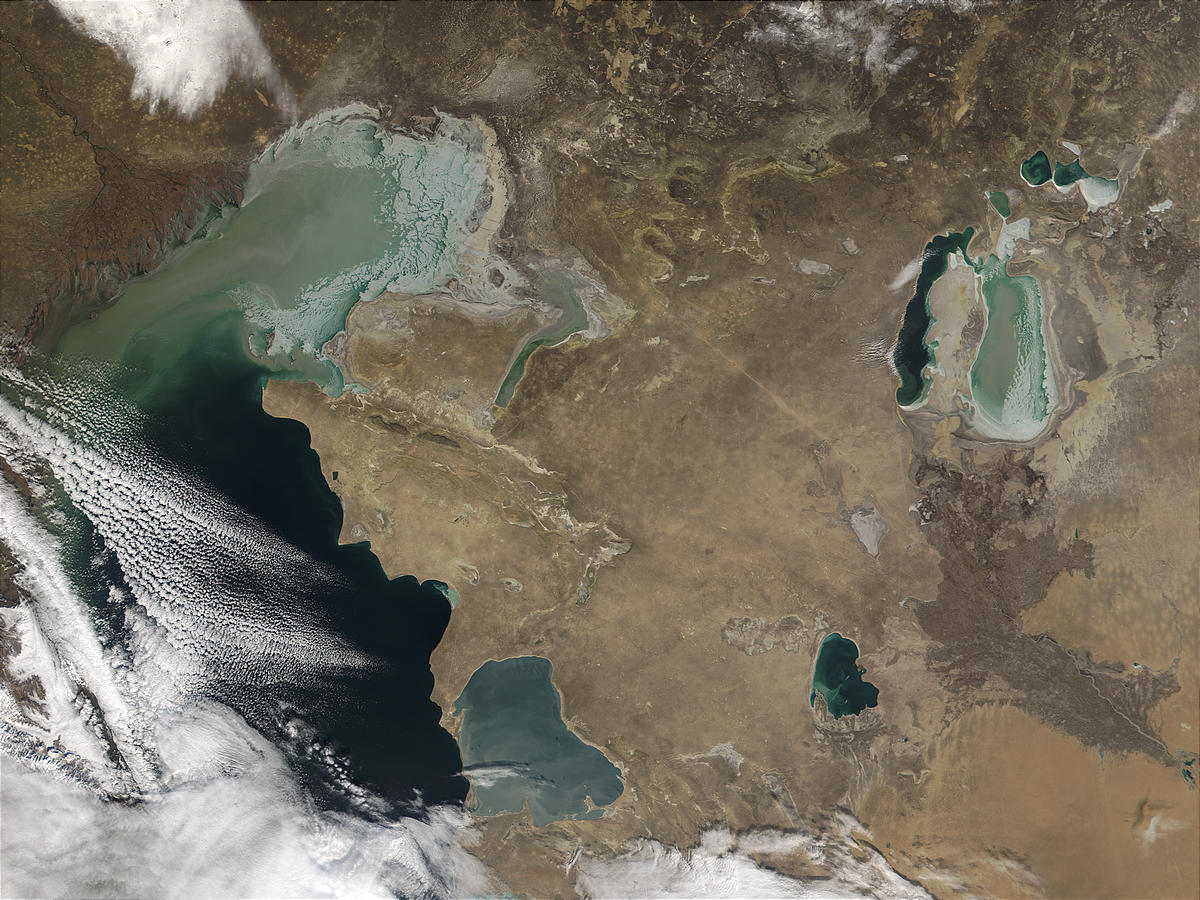 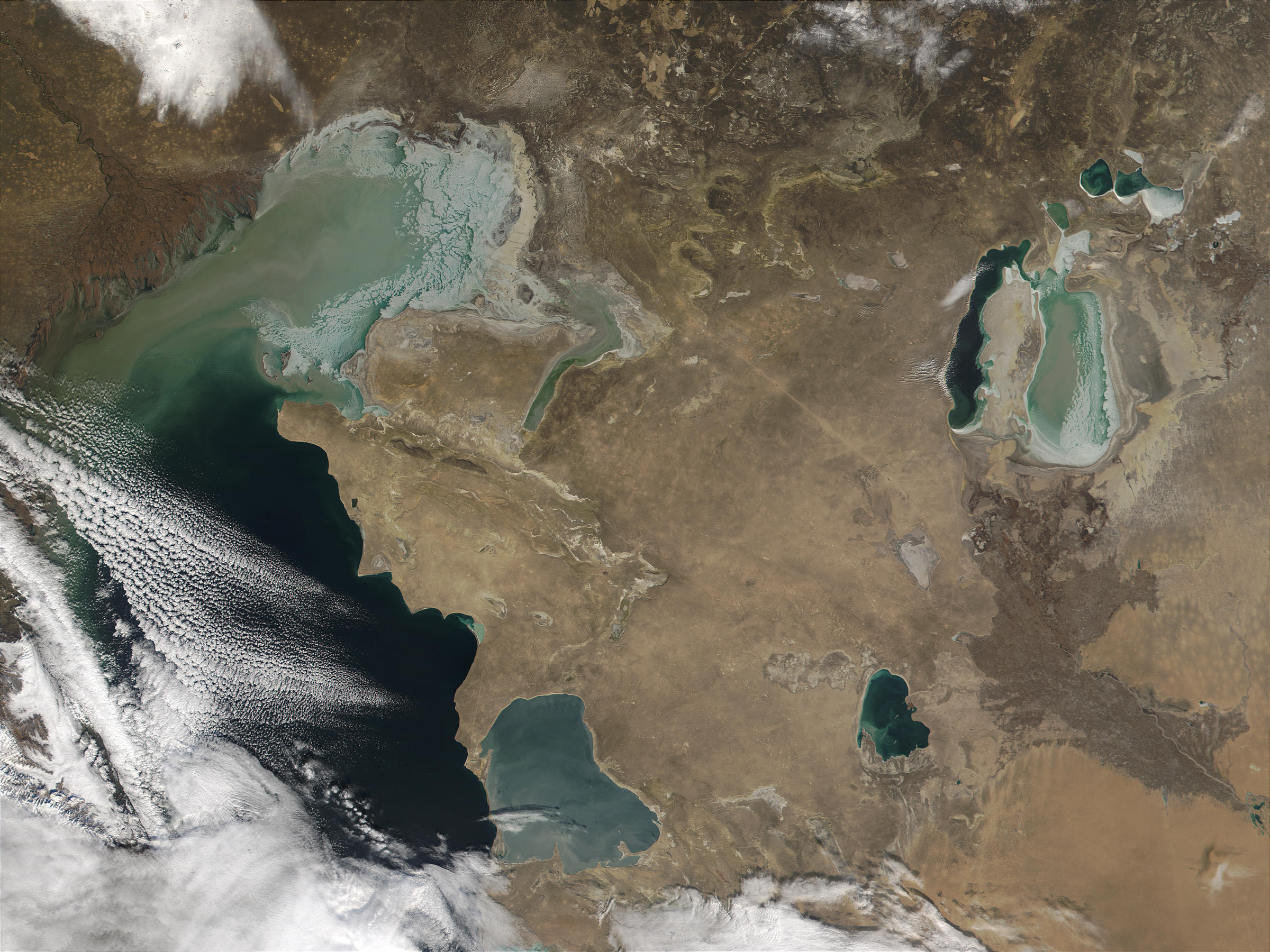 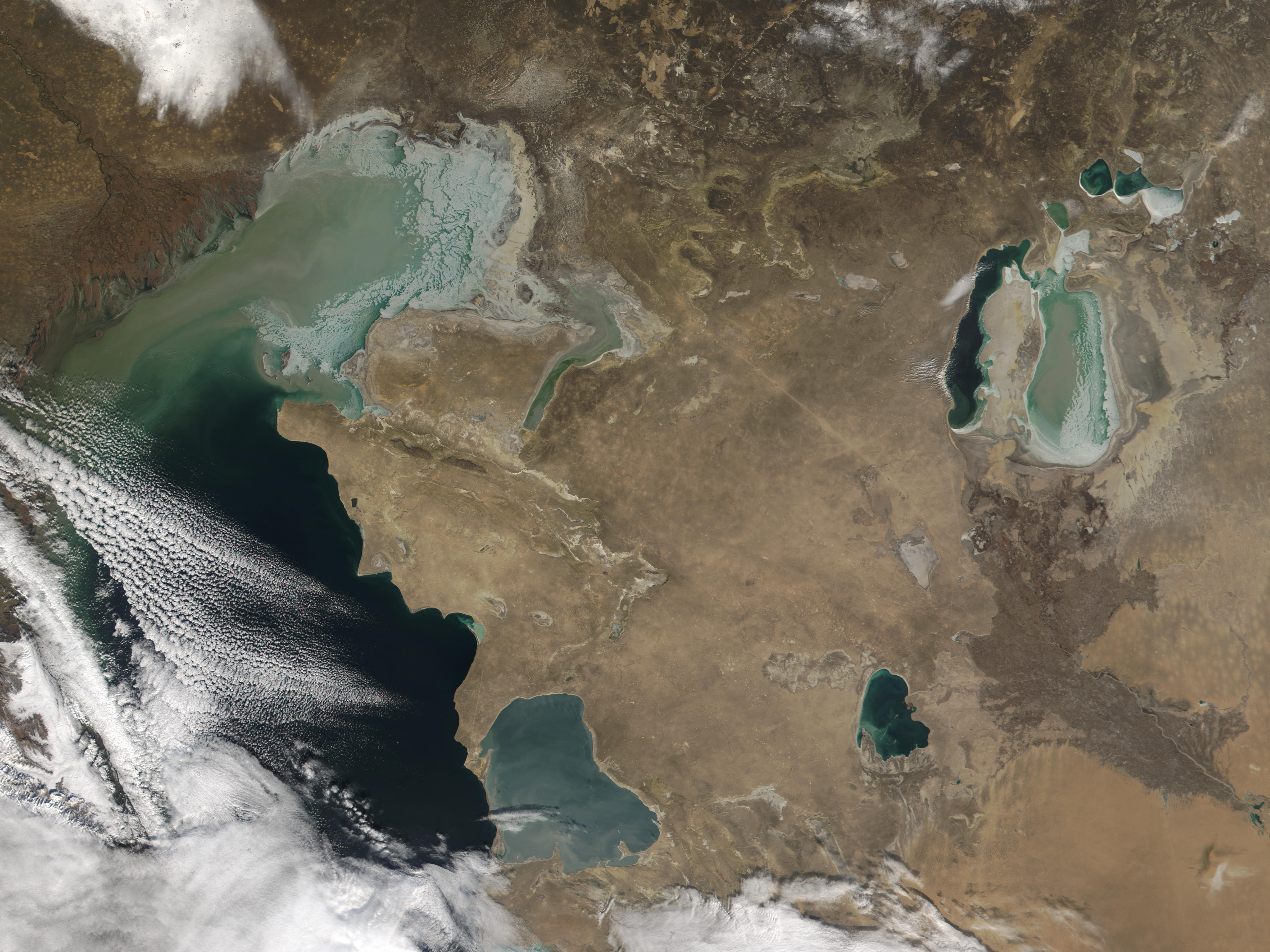 In this MODIS image from December 3, 2001, winter sea ice can be seen forming in the shallow waters of the northern Caspian (left) and Aral (upper right) Seas. Despite the inflow of the Volga River (upper left), the northern portion of the Caspian Sea averages only 17 ft in depth, and responds to the region's continental climate, which is cold in winter and hot and dry in the summer. The southern part of the Sea is deeper and remains ice-free throughout the winter. The dirty appearance of the ice may be due to sediment in the water, but may also be due to wind-driven dust. The wind in the region can blow at hurricane-force strength and can cause the ice to pile up in hummocks that are anchored to the sea bottom.

The eastern portion of the Aral Sea is also beginning to freeze. At least two characteristics of the Aral Sea "compete" in determining whether its waters will freeze. The Sea is shallow, which increases the likelihood of freezing, but it is also very salty, which means that lower temperatures are required to freeze it than would be required for fresh water. With average December temperatures of 18° F, it's clearly cold enough to allow ice to form. As the waters that feed the Aral Sea continue to be diverted for agriculture, the Sea becomes shallower and the regional climate becomes even more continental. This is because large bodies of water absorb and retain heat, moderating seasonal changes in temperature.