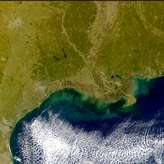 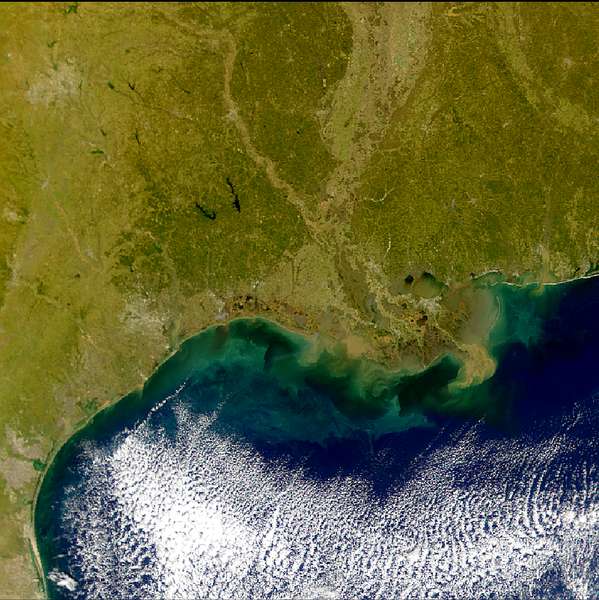 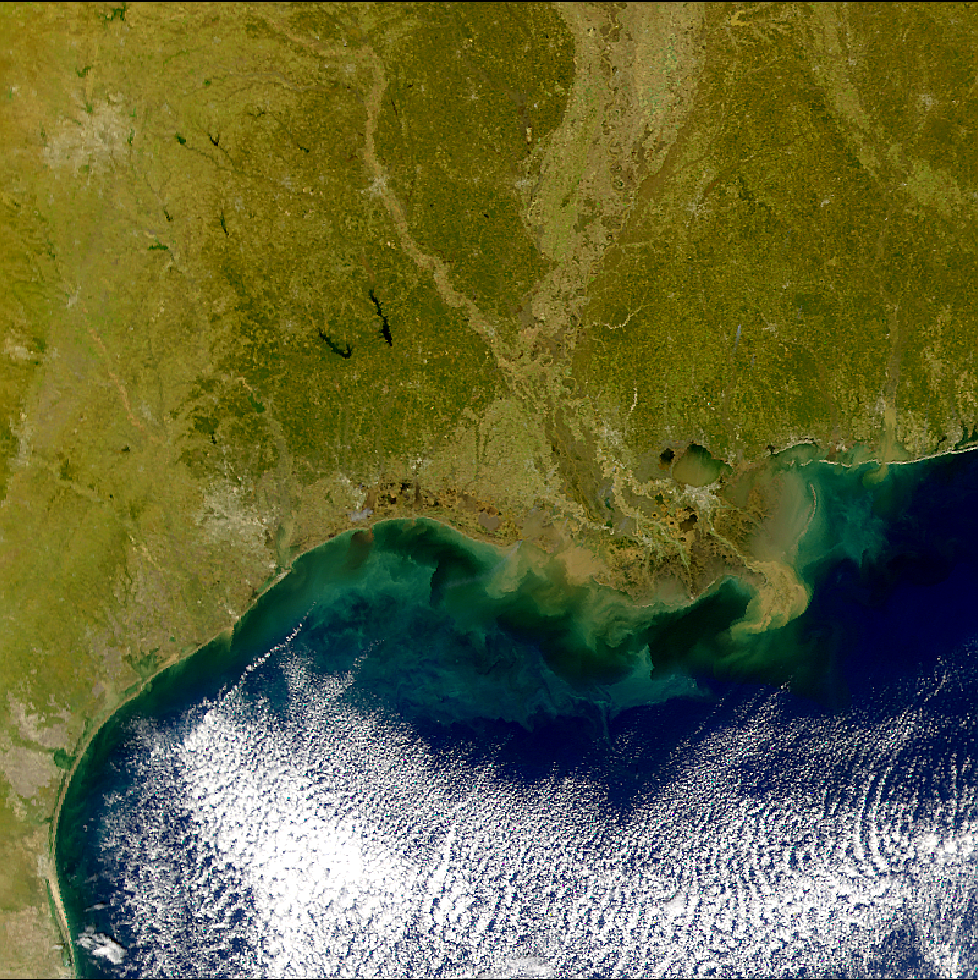 In this SeaWiFS image captured on December 20, 2001, the view of the U.S. Gulf Coast shows turbid waters of various hues flowing out into the Gulf of Mexico. Areas like the Mississippi Delta, Atchafalaya Bay, and the Brazos River outflow appear fairly bright and light in color. The outflows from the Pascagoula and Sabine rivers, on the other hand, have a rich, dark brown color.