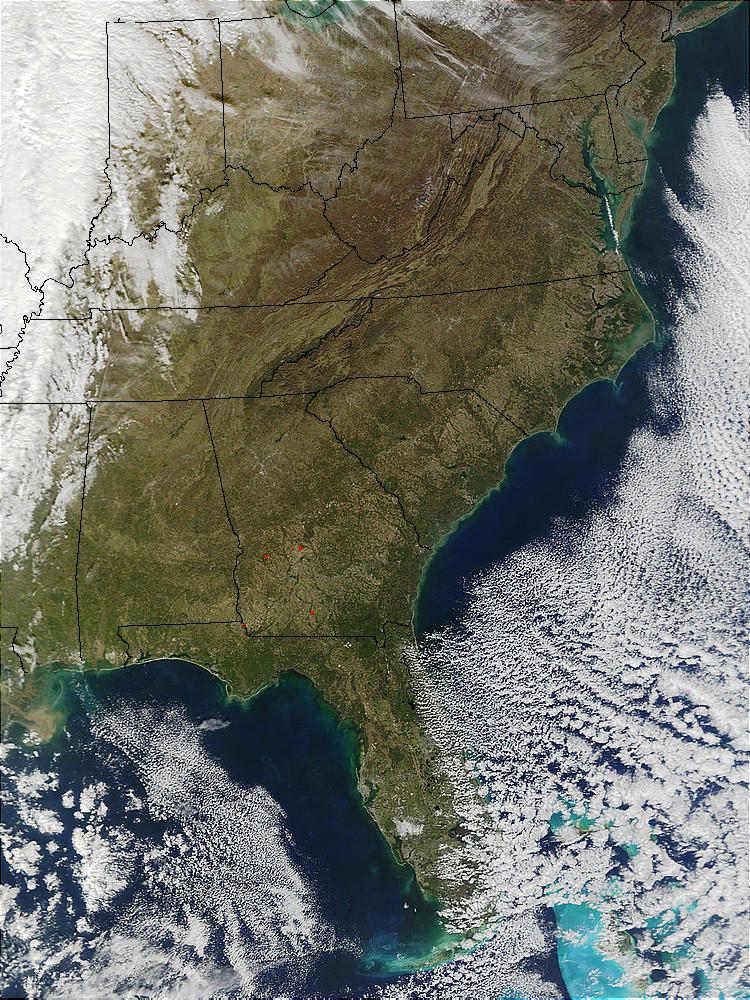 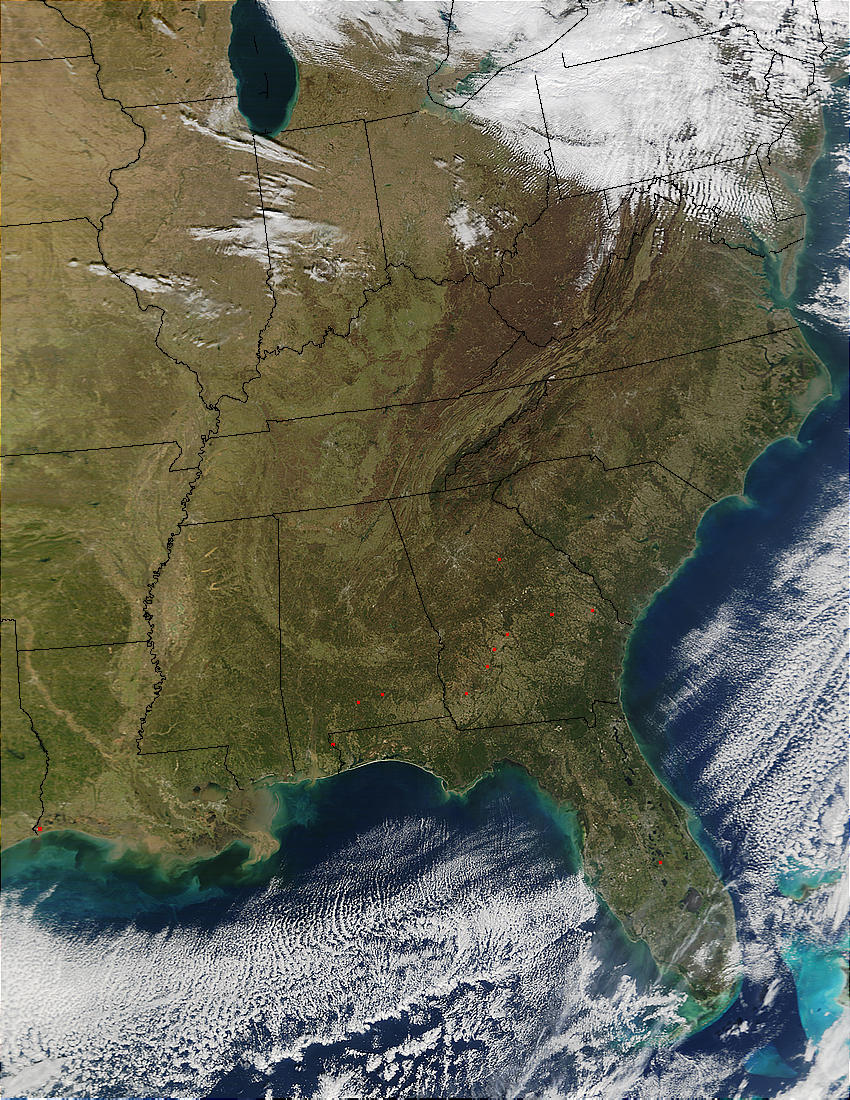 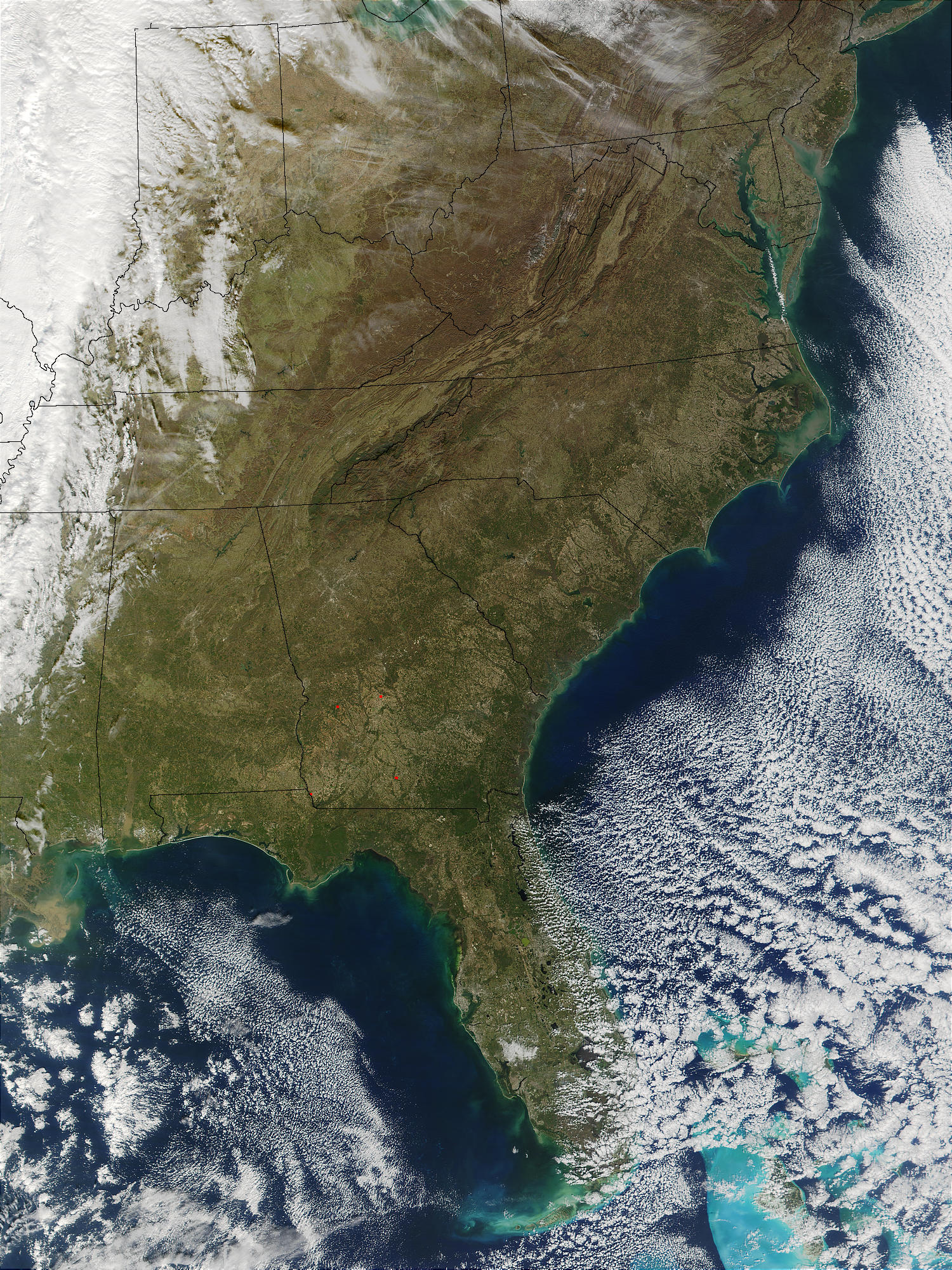 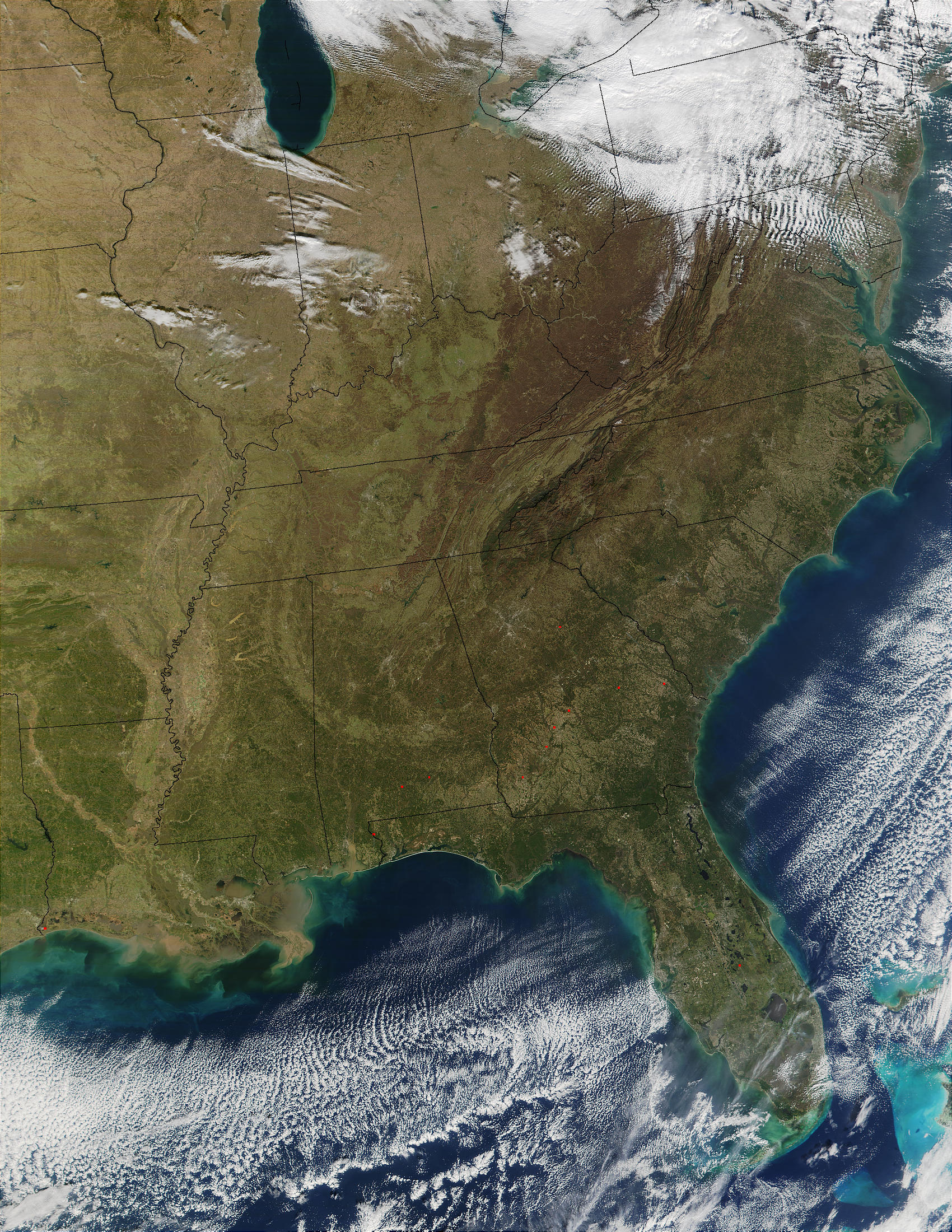 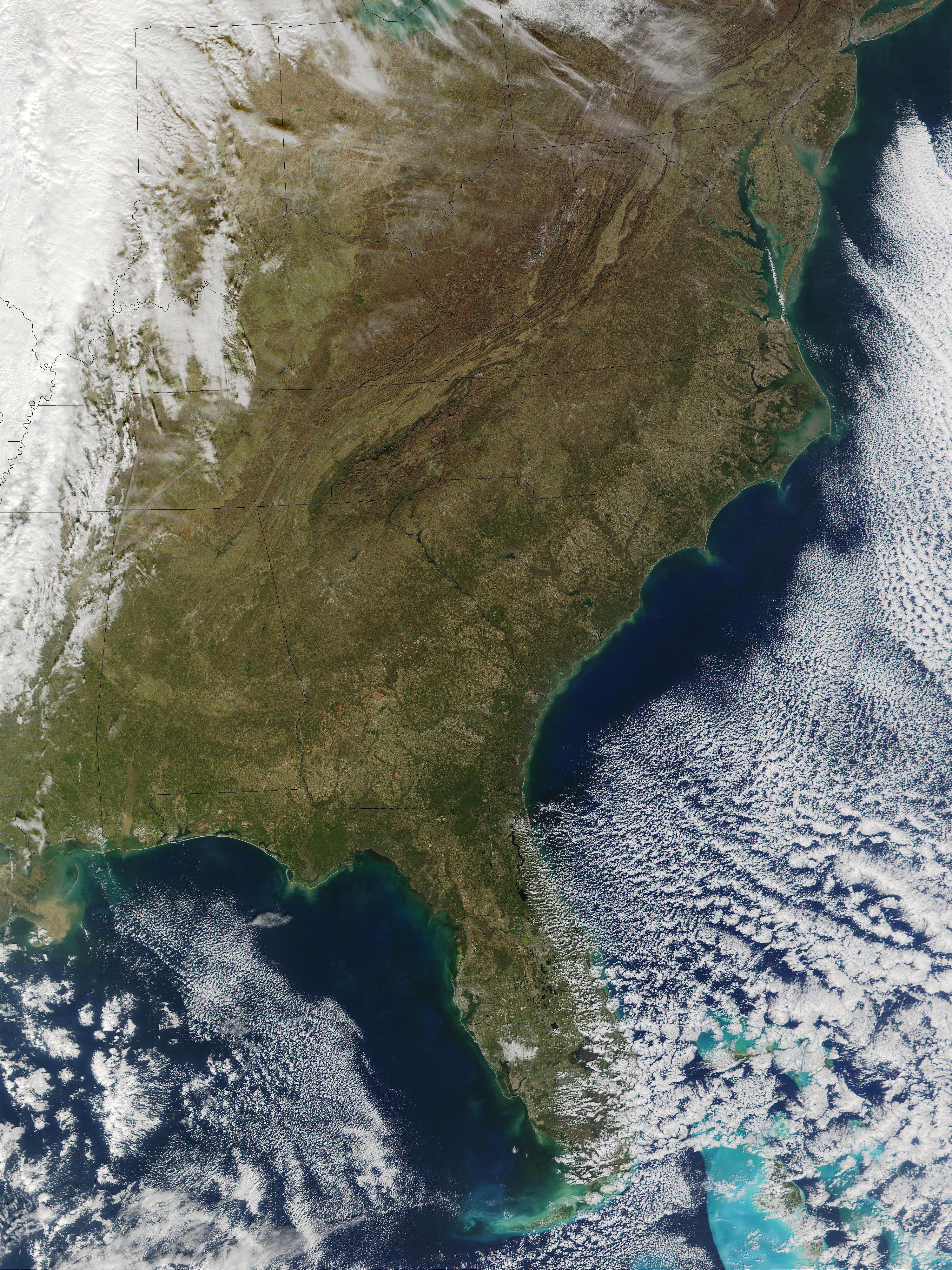 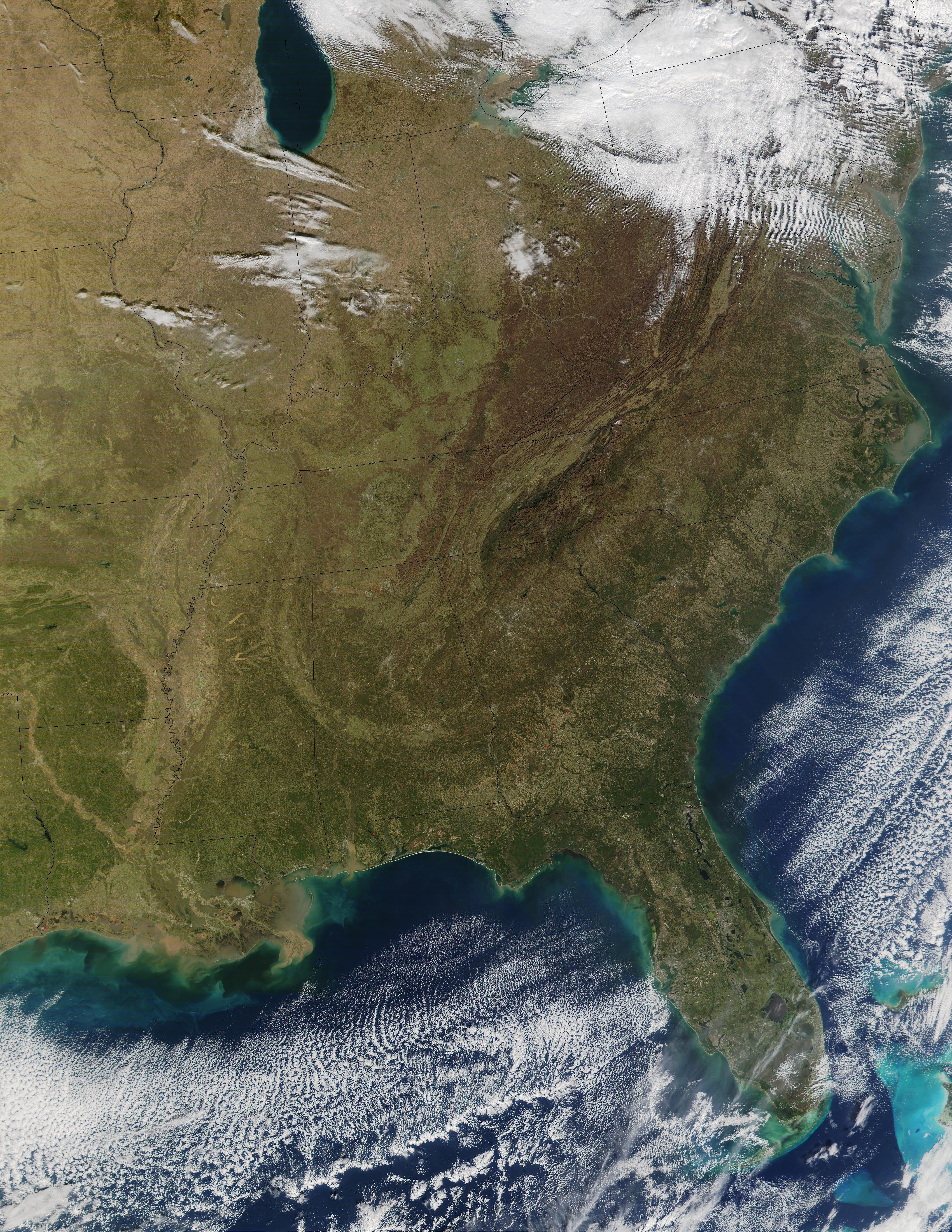 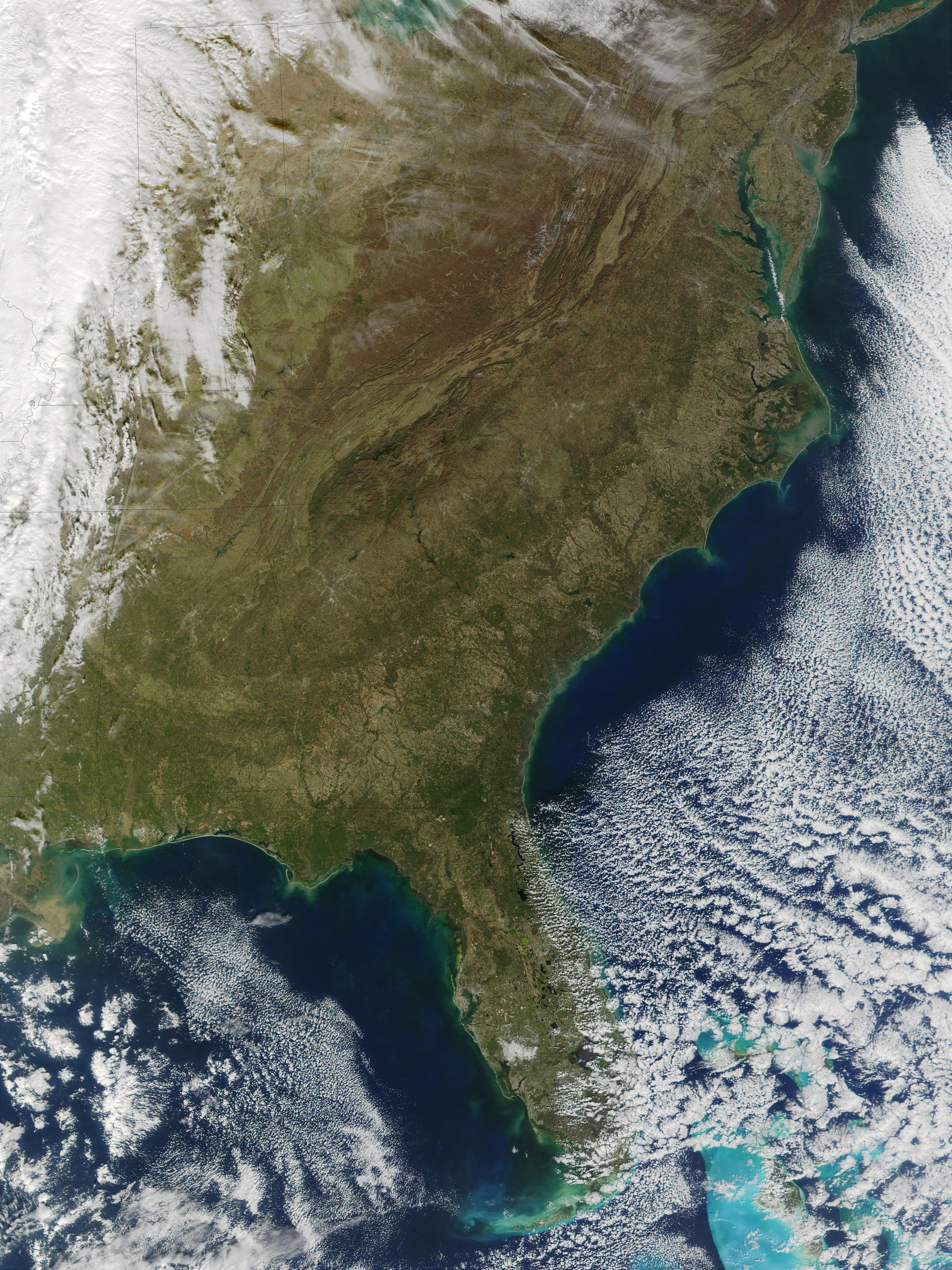 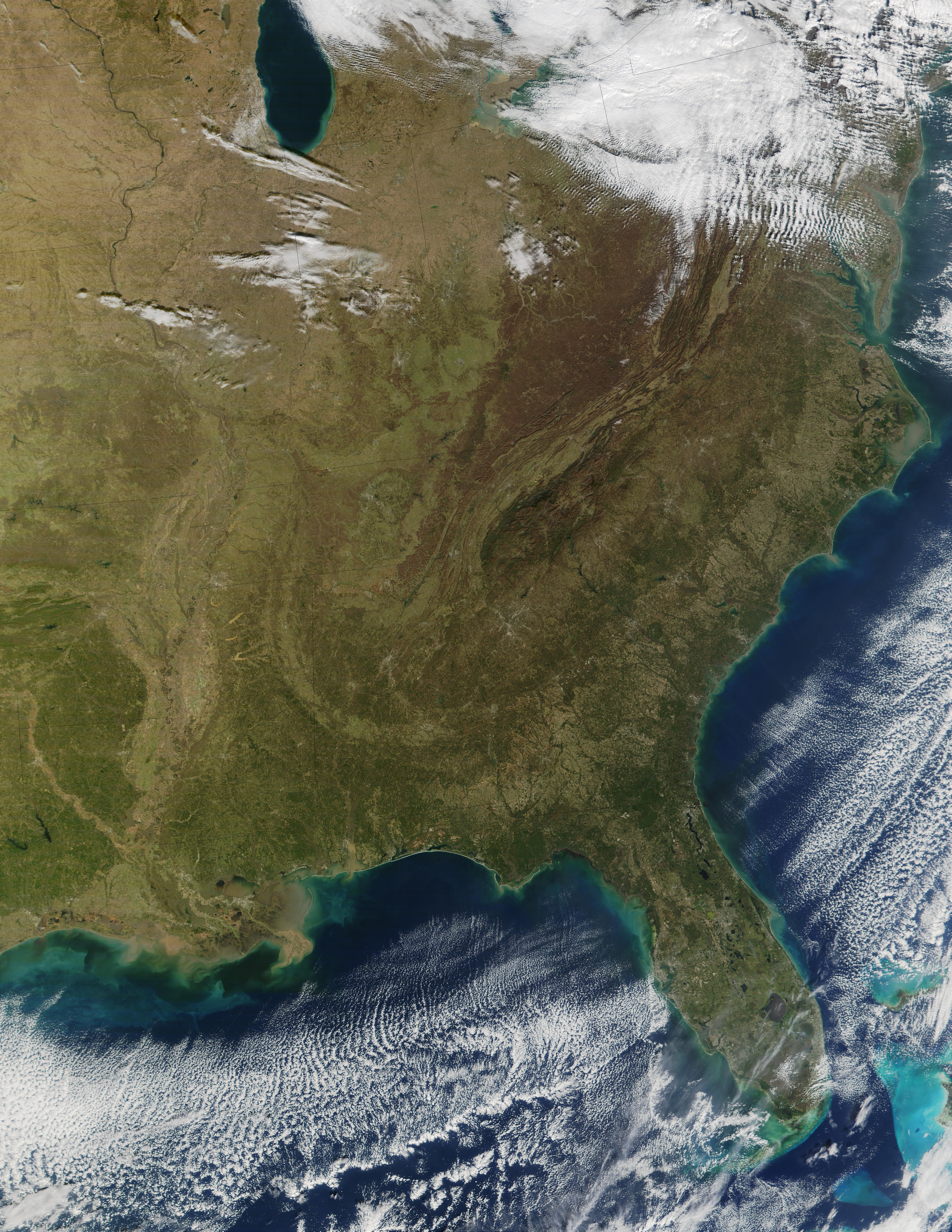 MODIS captured this true-color image of clear skies over the eastern United States on December 22, 2001. To the northeast the country is blanketed with snow, but in this image only the higher elevations of the Appalachian Mountains in eastern West Virginia are dusted with white. Rod dots in Georgia indicate MODIS' detection of fires.