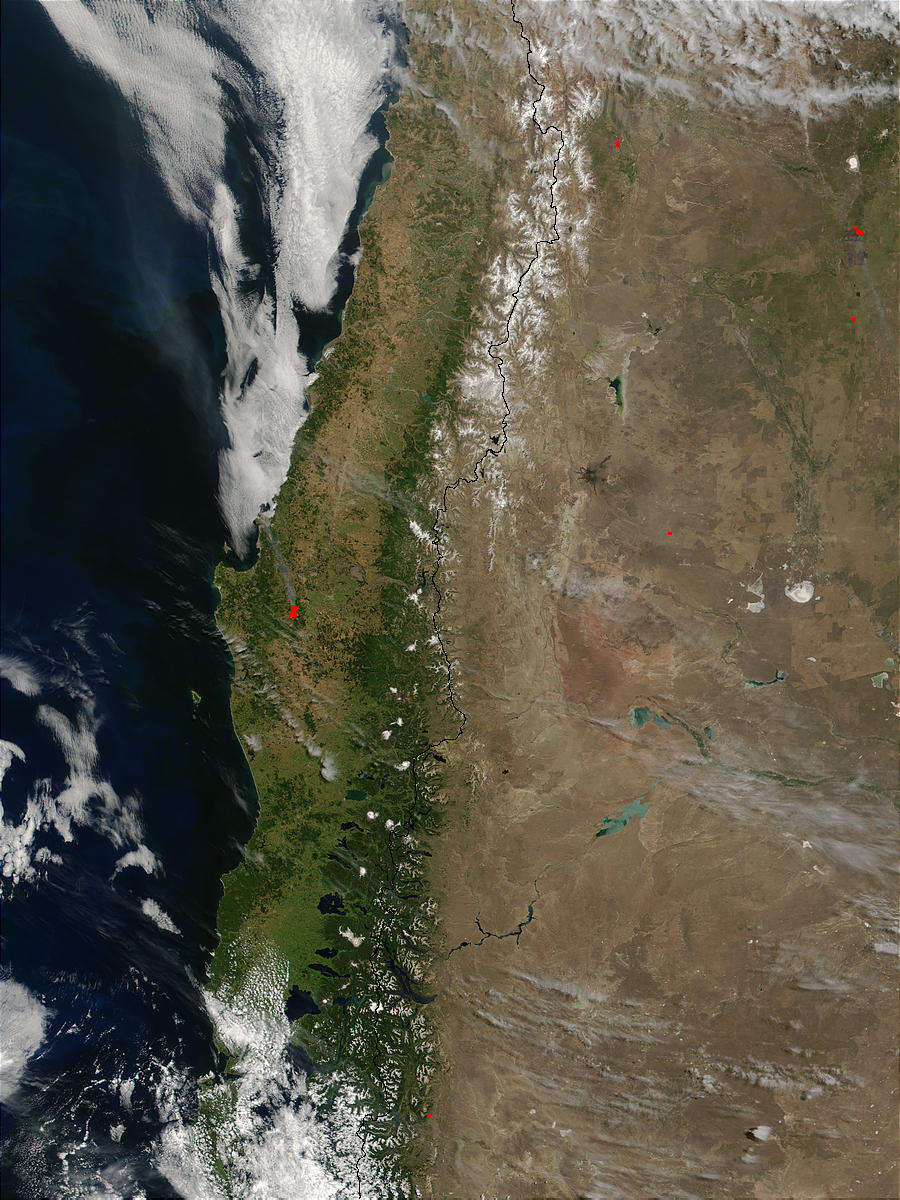 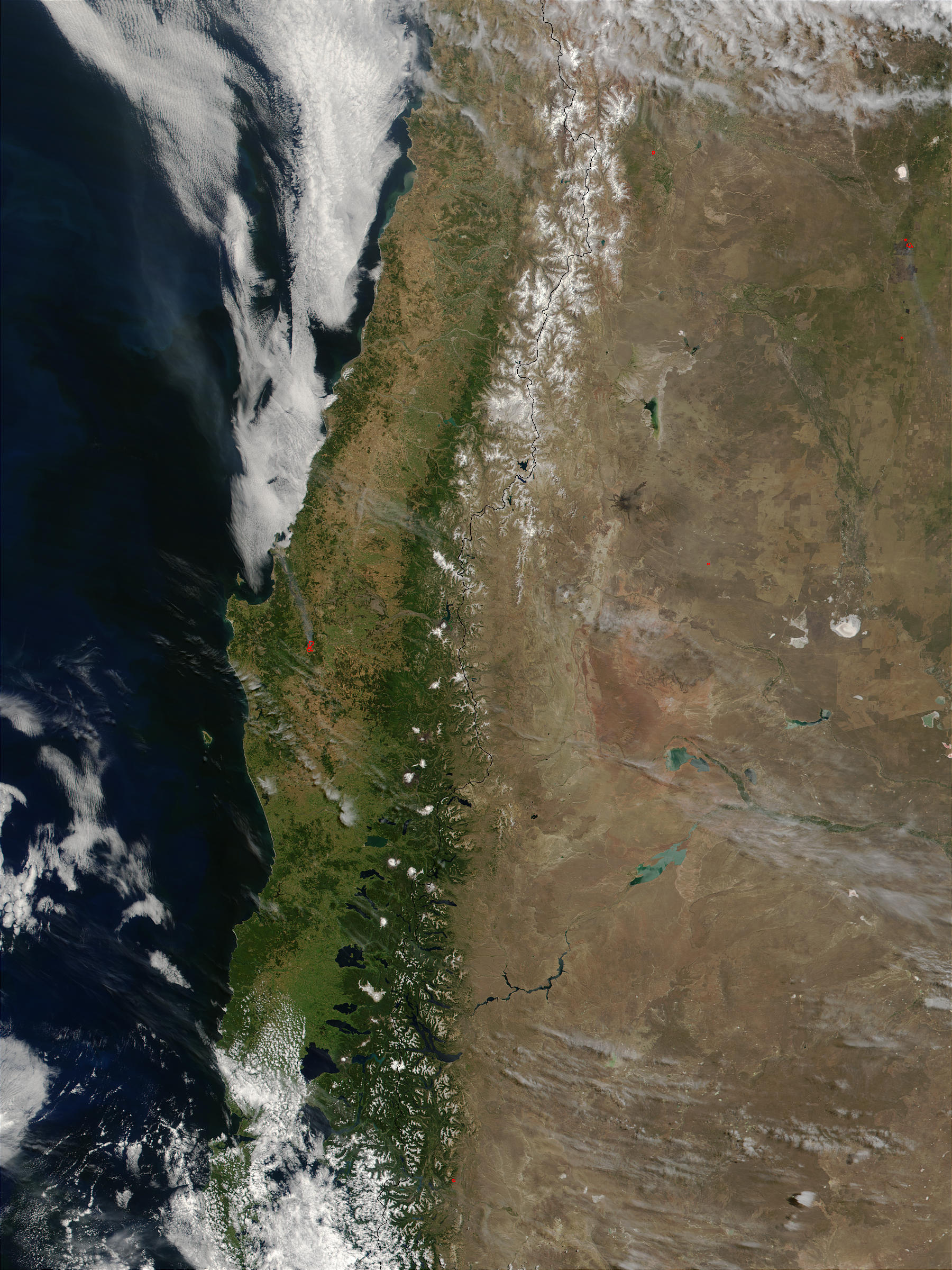 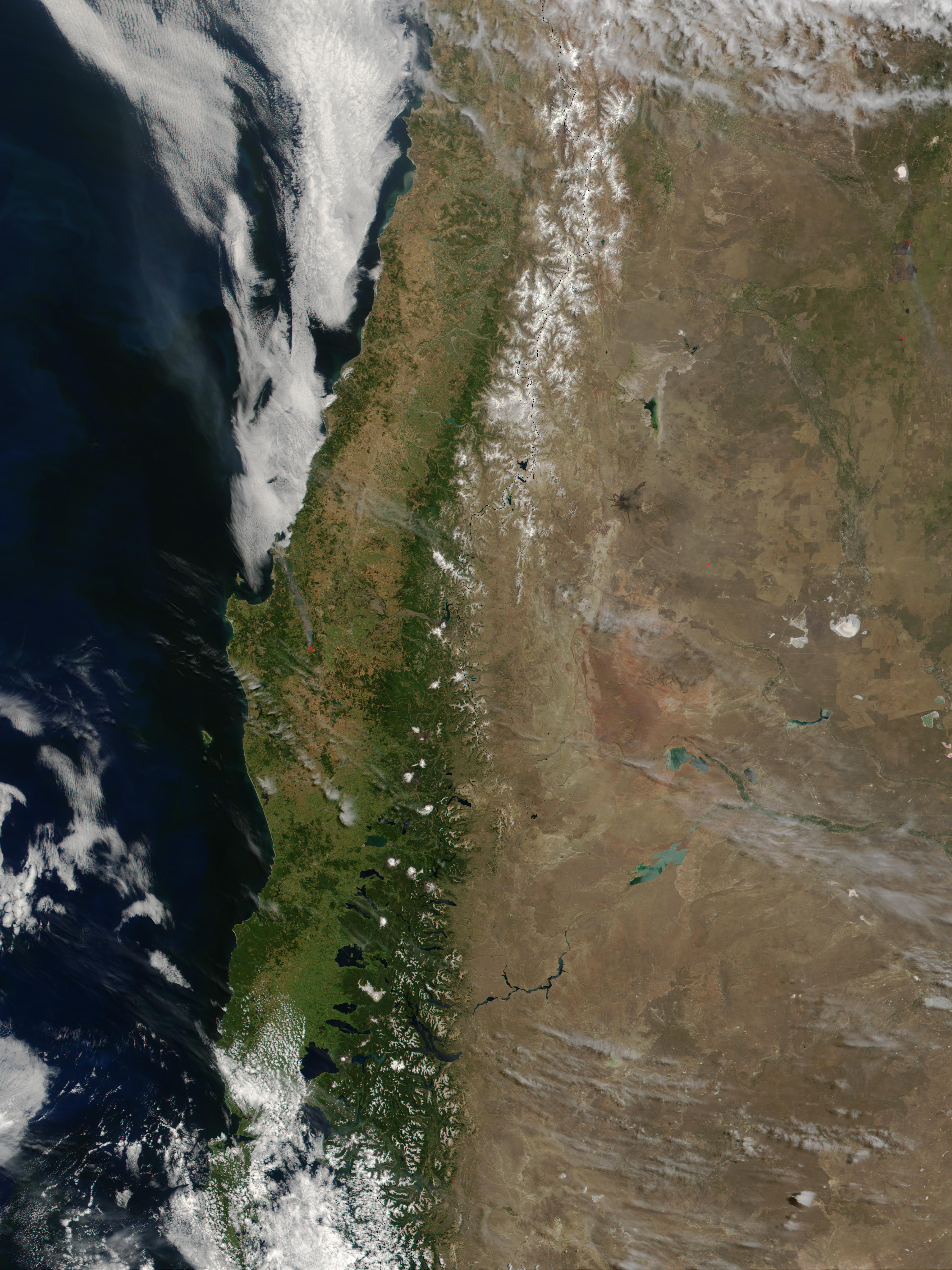 The northern part of this true-color MODIS image of Chile (left) and Argentina (right) dramatically illustrates the "rain-shadow effect" caused by the Andes Mountains. Moist air from the Pacific Ocean (left) moves eastward up the slopes of the Andes, and it cools as it climbs the mountains. The cooling causes the moisture to condense into clouds, snow or rain. Like a burden too heavy for the wind to carry up and over the mountains, the snow or rain will fall on the western slopes of the Andes. What moisture remains in the air when it crests the mountains usually evaporates as the air warms during its descent down the eastern slopes. Precipitation formed in this way is called orographic precipitation, and the slopes that do not receive the precipitation are said to be in a rainshadow. This precipitation translates into more lush vegetation for Chile, while western Argentina remains dry.

This image was made from data collected on December 24, 2001, only a few days after the onset of summer in the southern hemisphere, and much of the snow that remains is in the form of glaciers.