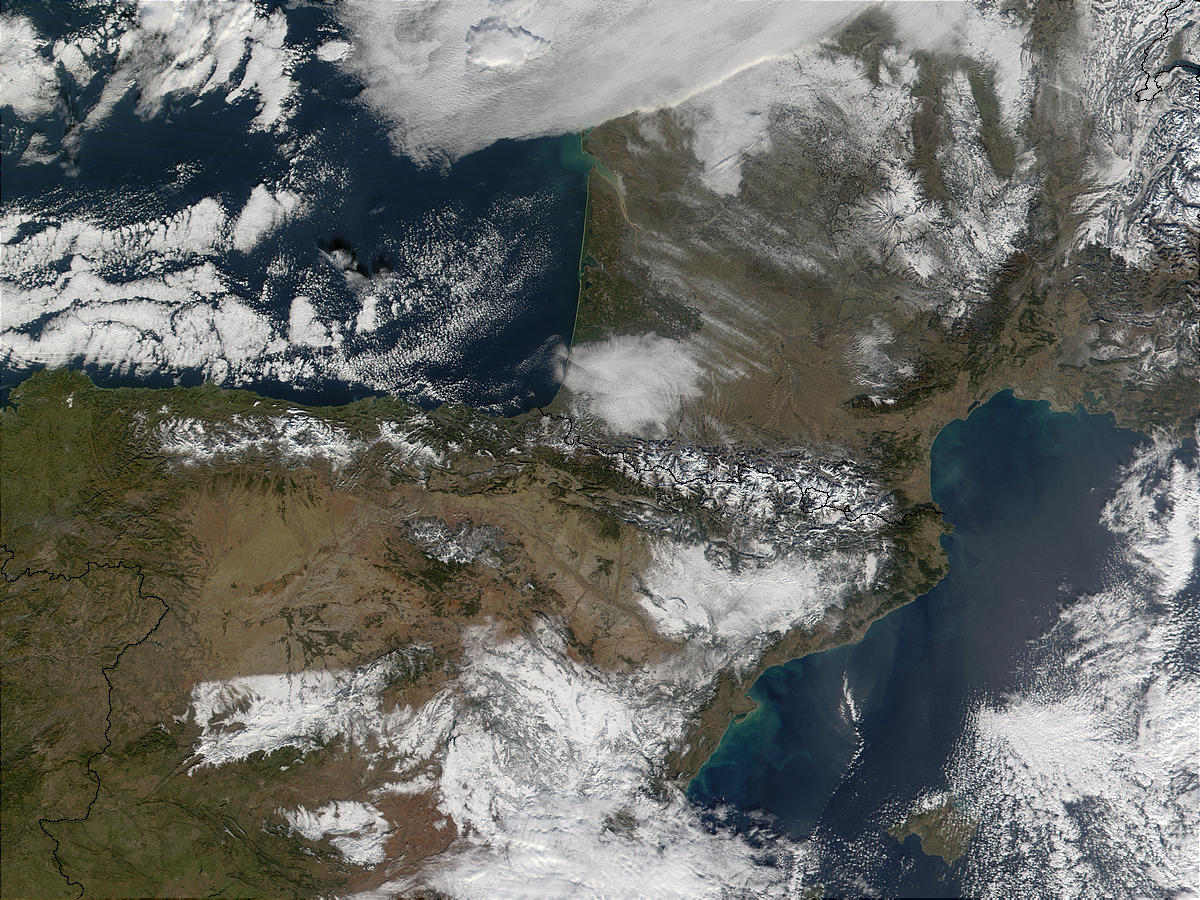 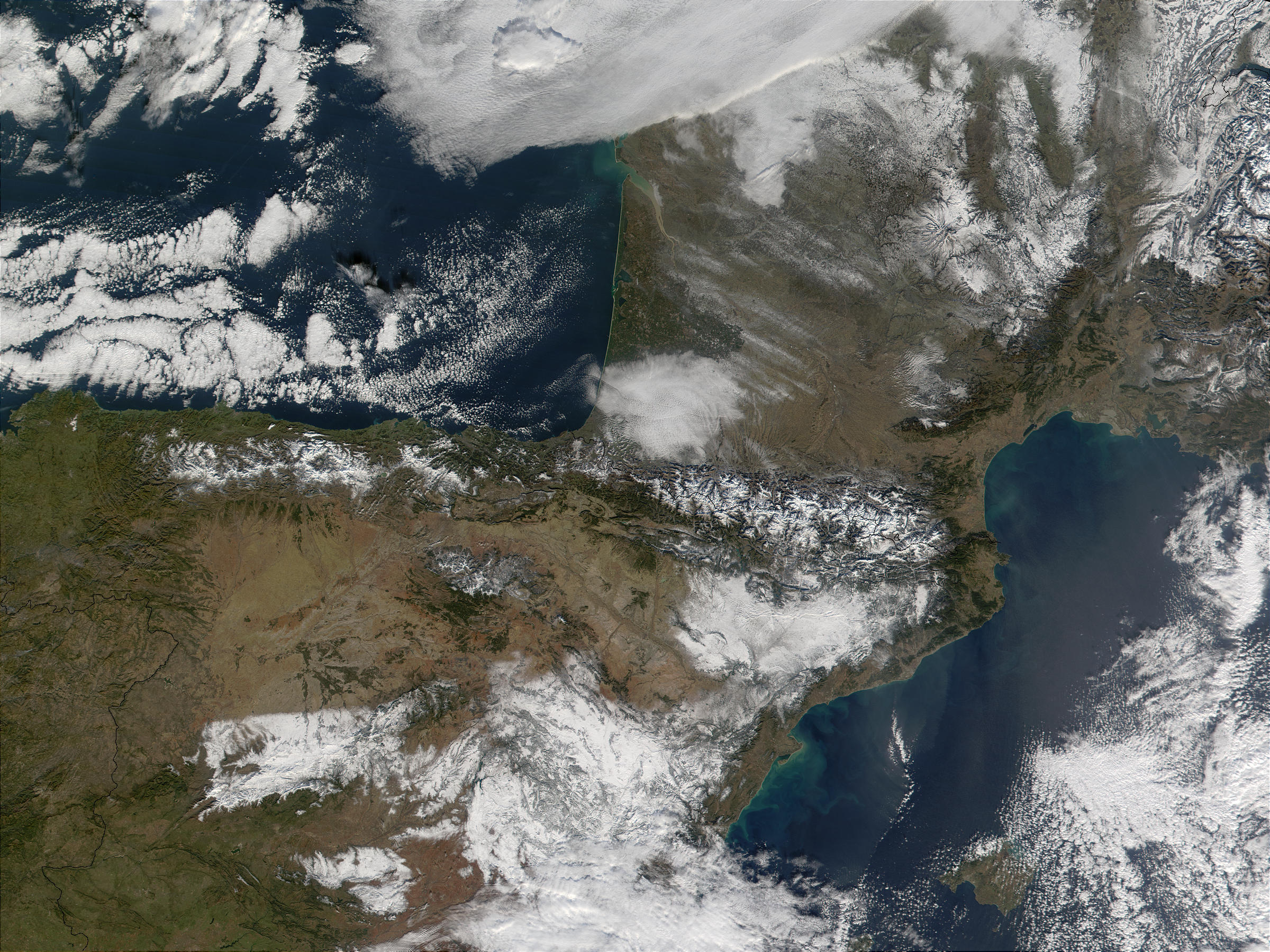 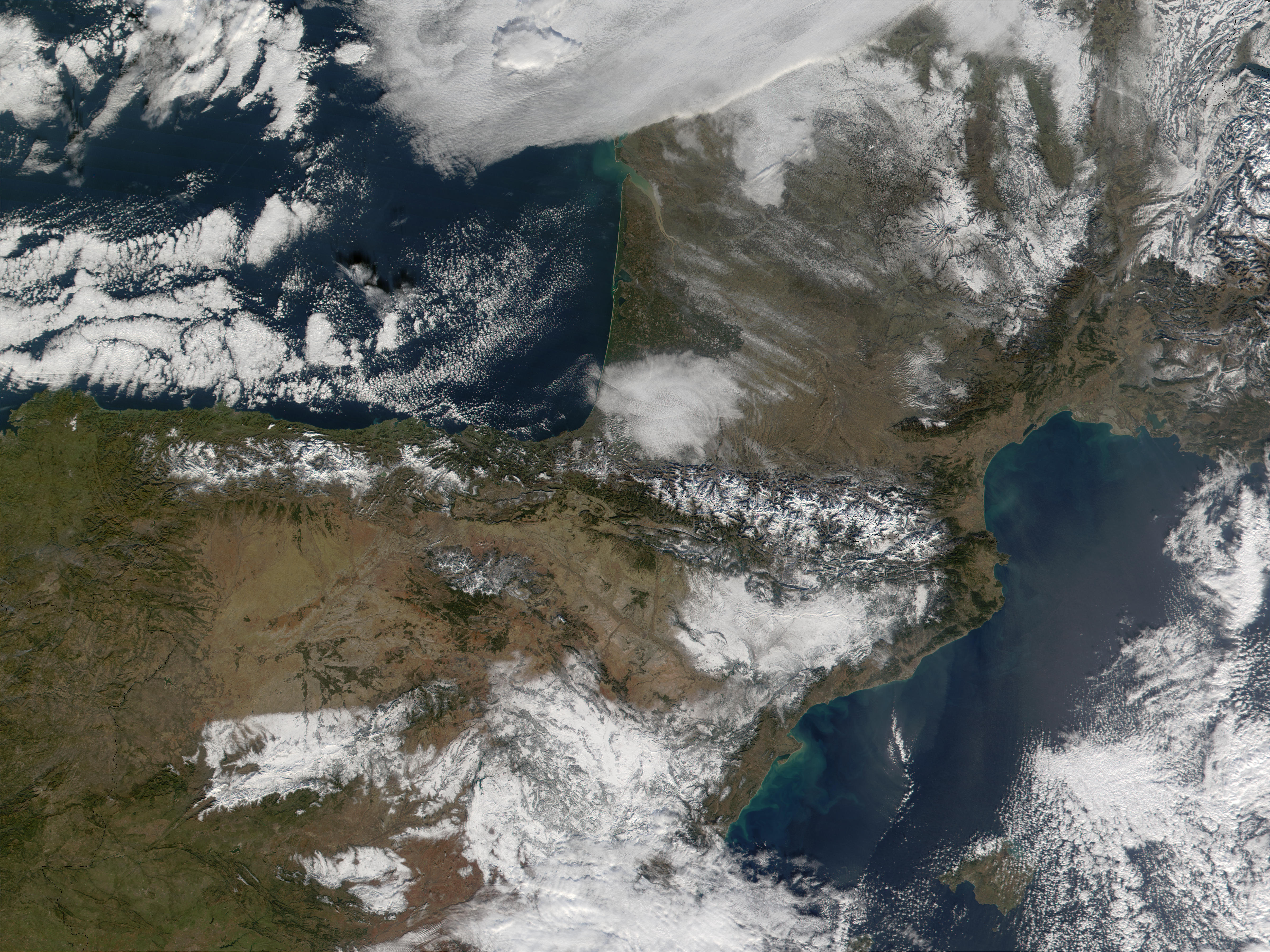 Snow in Spain and France

Throughout France (upper right) and Spain (lower left) snow covers the higher elevations, including the Pyrenees, which run along the border of the two countries. In the upper left of the image is the Atlantic Ocean's Bay of Biscay, and to the lower right is the Mediterranean Sea. This true-color MODIS image was made from data acquired December 24, 2001.