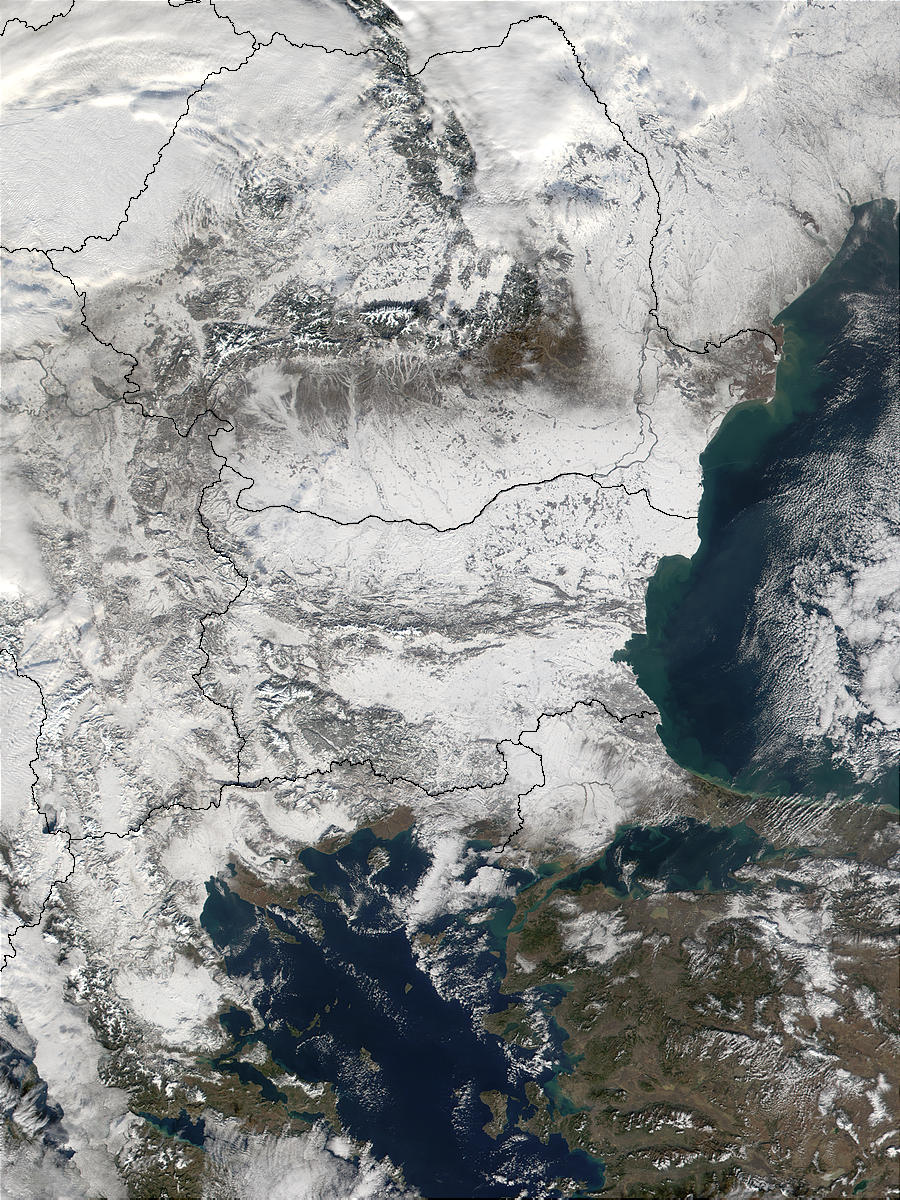 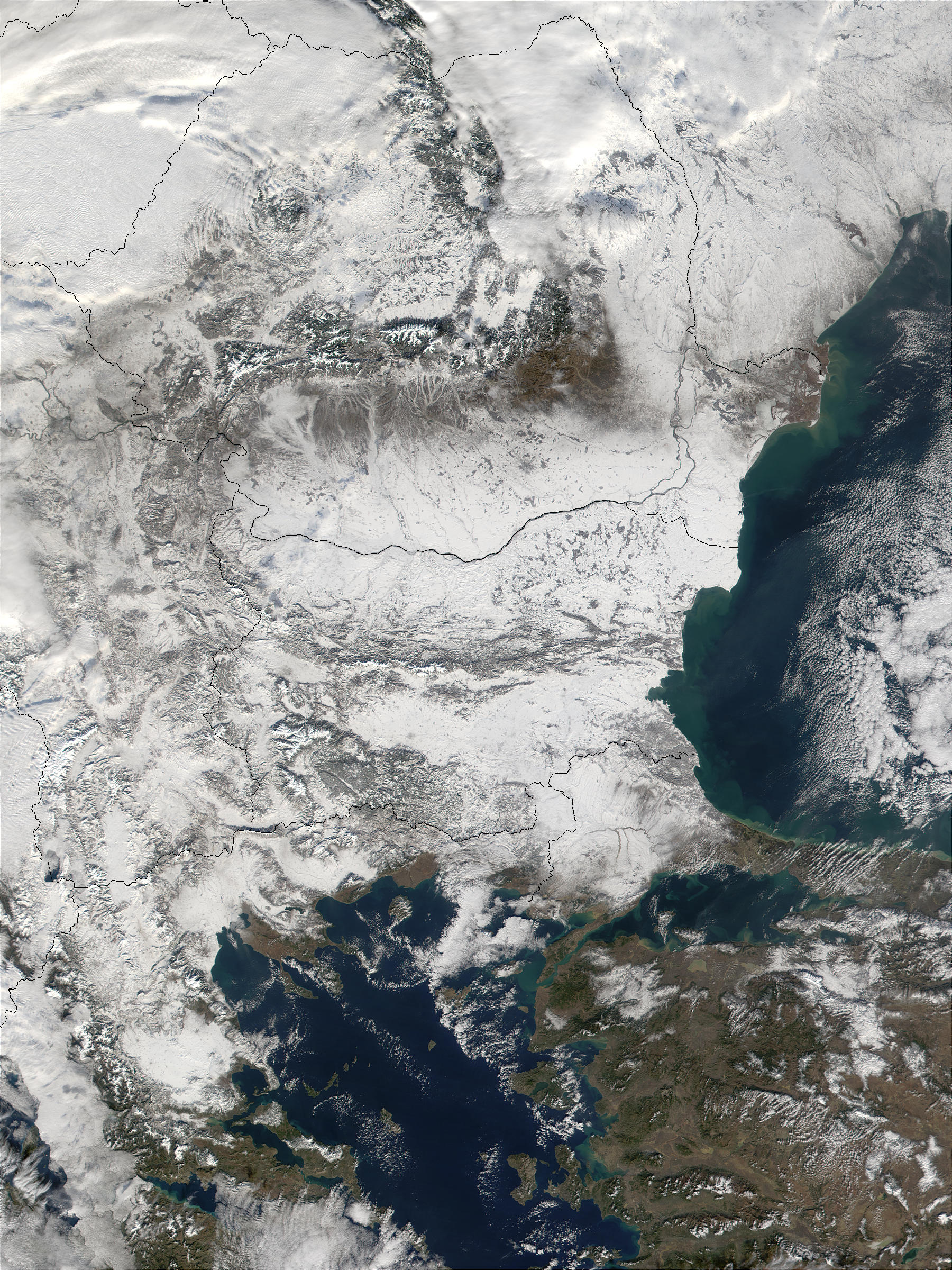 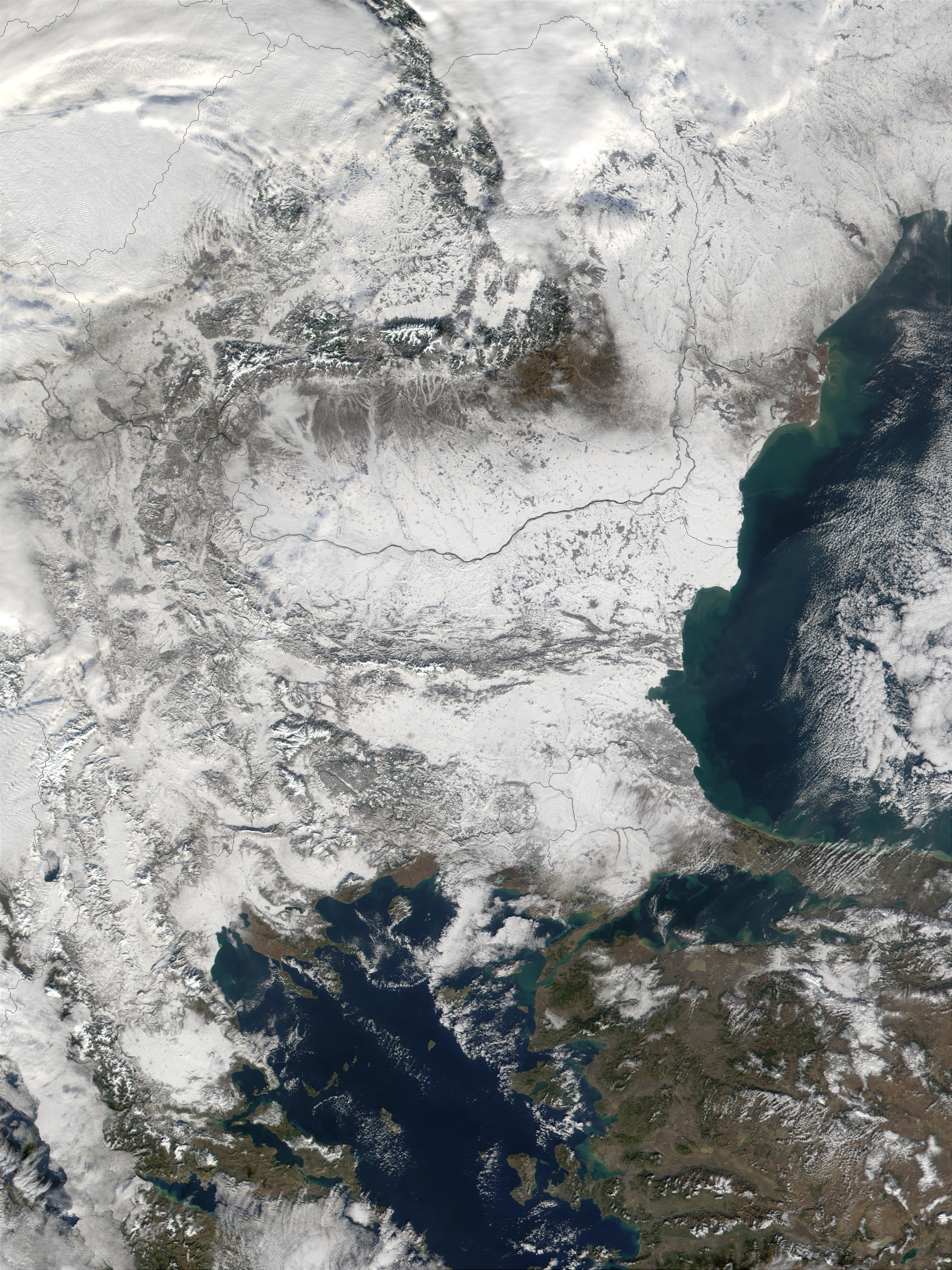 Snow in the Balkans

The countries surrounding Europe's Black Sea (right) are covered in snow in this true-color MODIS image from December 26, 2001. Roughly centered in the top half of the image is Romania. Making a backward L shape across the country, the Transylvanian Alps run west to east and meet up with the Carpathian Mountains running north to south. To the south, other prominent mountain ranges include the Balkan Mountains, which bisect Bulgaria from east to west, and the Rhodope Mountains, which follow the border of Bulgaria and Greece. At the bottom center of the image, the Aegean Sea is bounded by Greece to the west and north and Turkey to the east.