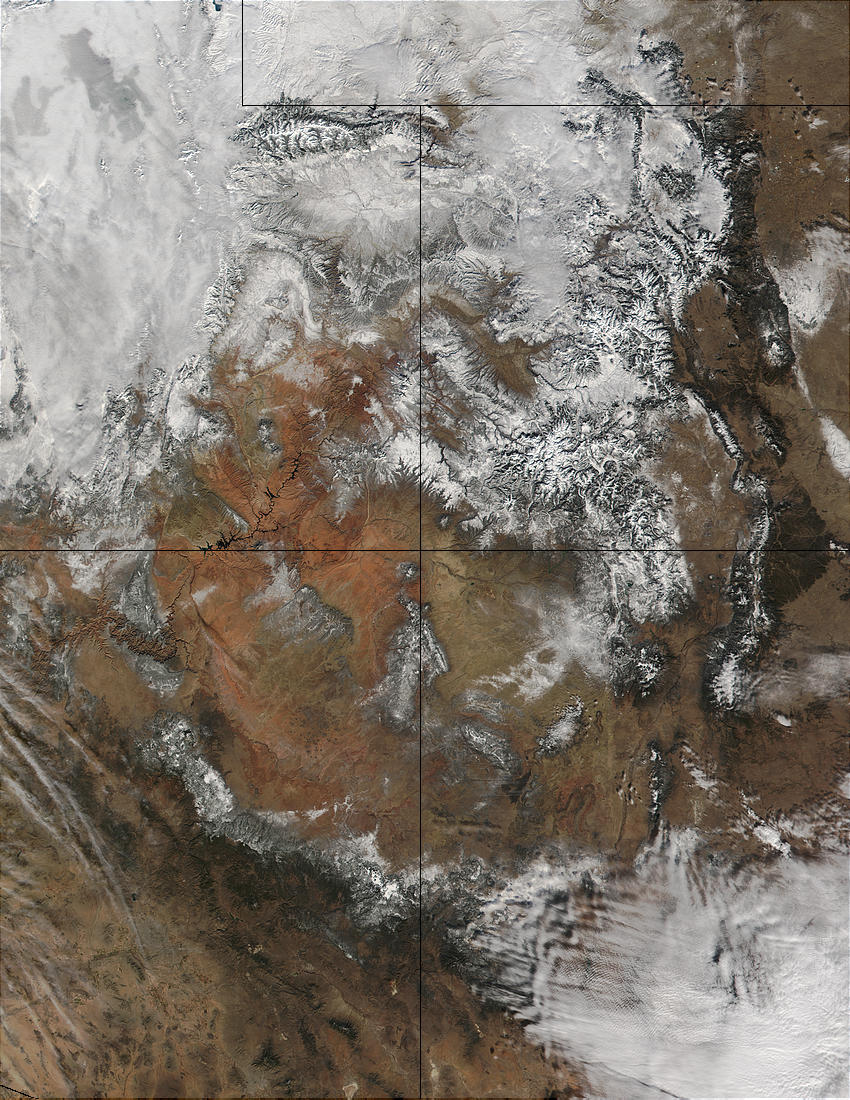 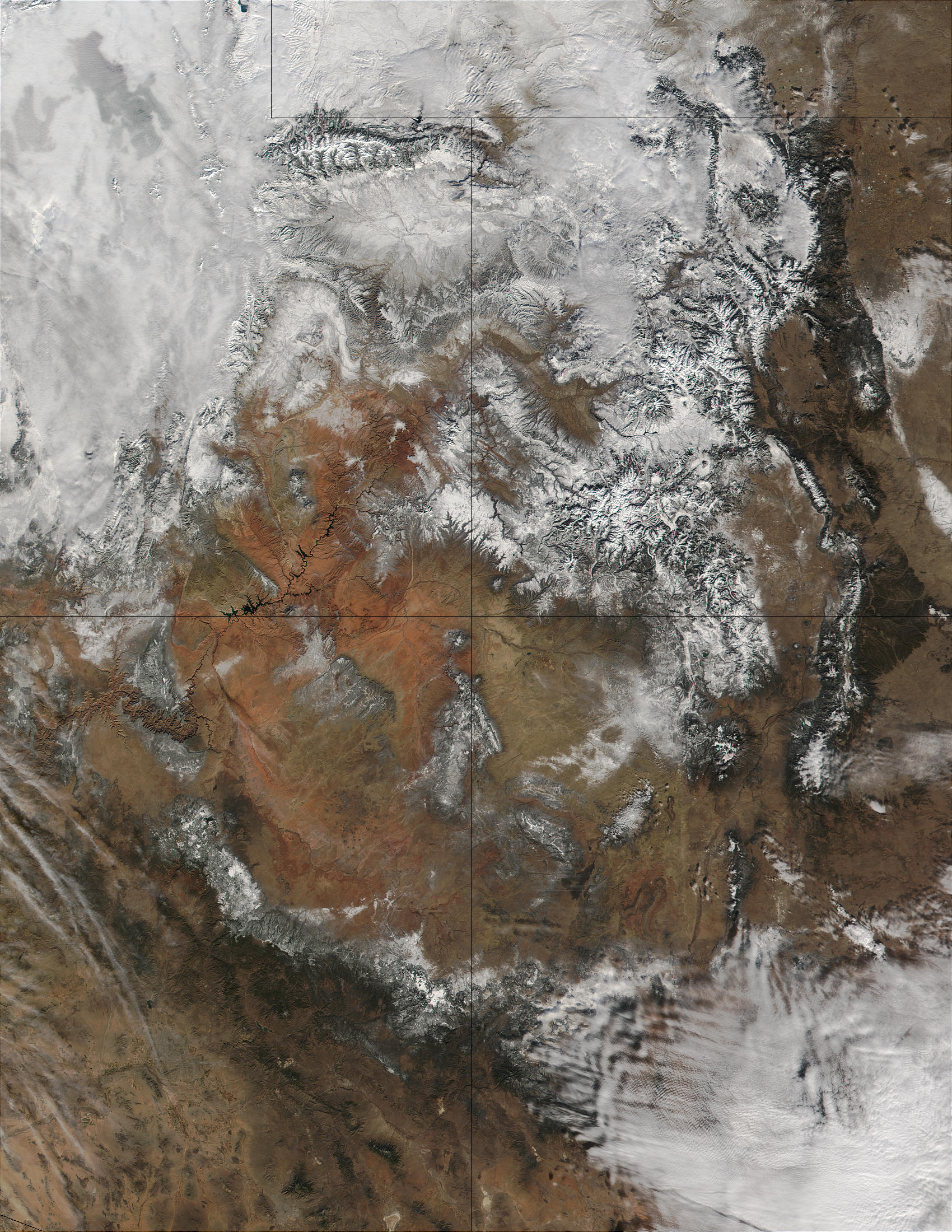 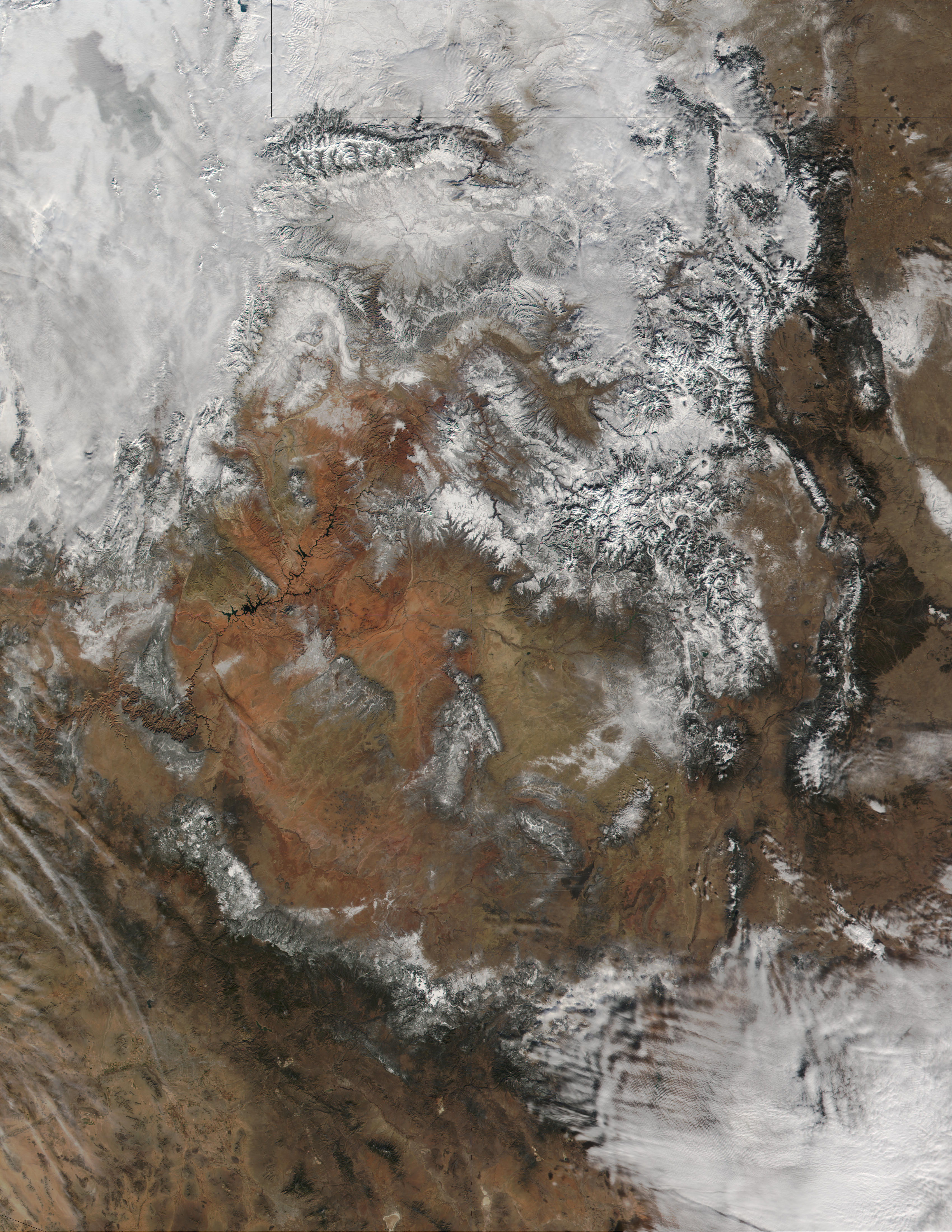 In late December, the Southwest was blanketed with snow, and this scence was captured by MODIS on December 27, 2001. The white drape contrasts sharply with the red rock of the Colorado Plateau, a geologic region made up of a succession of plateaus and mesas composed mostly of sedimentary rock, whose reddish hues indicate the presence of oxidized iron. The Plateau covers the Four Corners area of the Southwest, including (clockwise from upper left) southern Utah, Colorado, New Mexico, and Arizona. The region gets its name from the Colorado River, seen most prominently as a dark ribbon running southwest through southern Utah.

At the upper left of the image, a bank of low clouds partially obscures Utah's Great Salt Lake, but its faint outline is still visible. To the east and southeast of the lake, some high peaks of the Wasatch Mountain range break free of the clouds. The Park City area, one of the 2002 Winter Olympic venues, can be seen poking through the cloud deck about 75km southeast of the lake. Farther east, the dark Uinta Mountains follow the border between Colorado and Wyoming. The Uinta are one of the rare east-west running ranges of the Rocky Mountains.