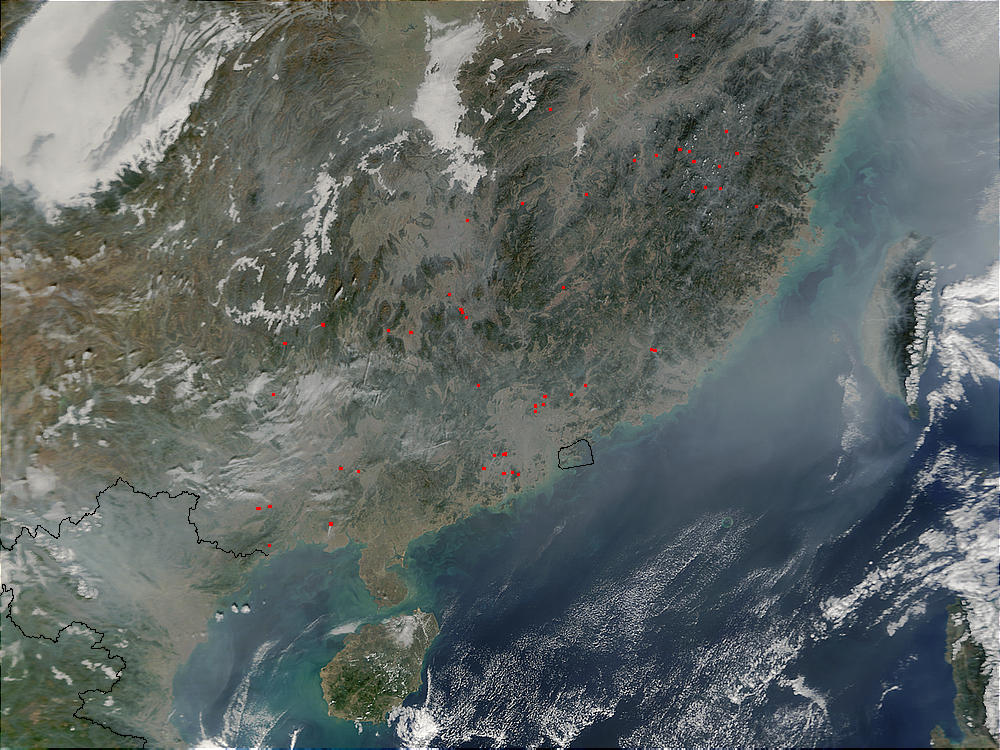 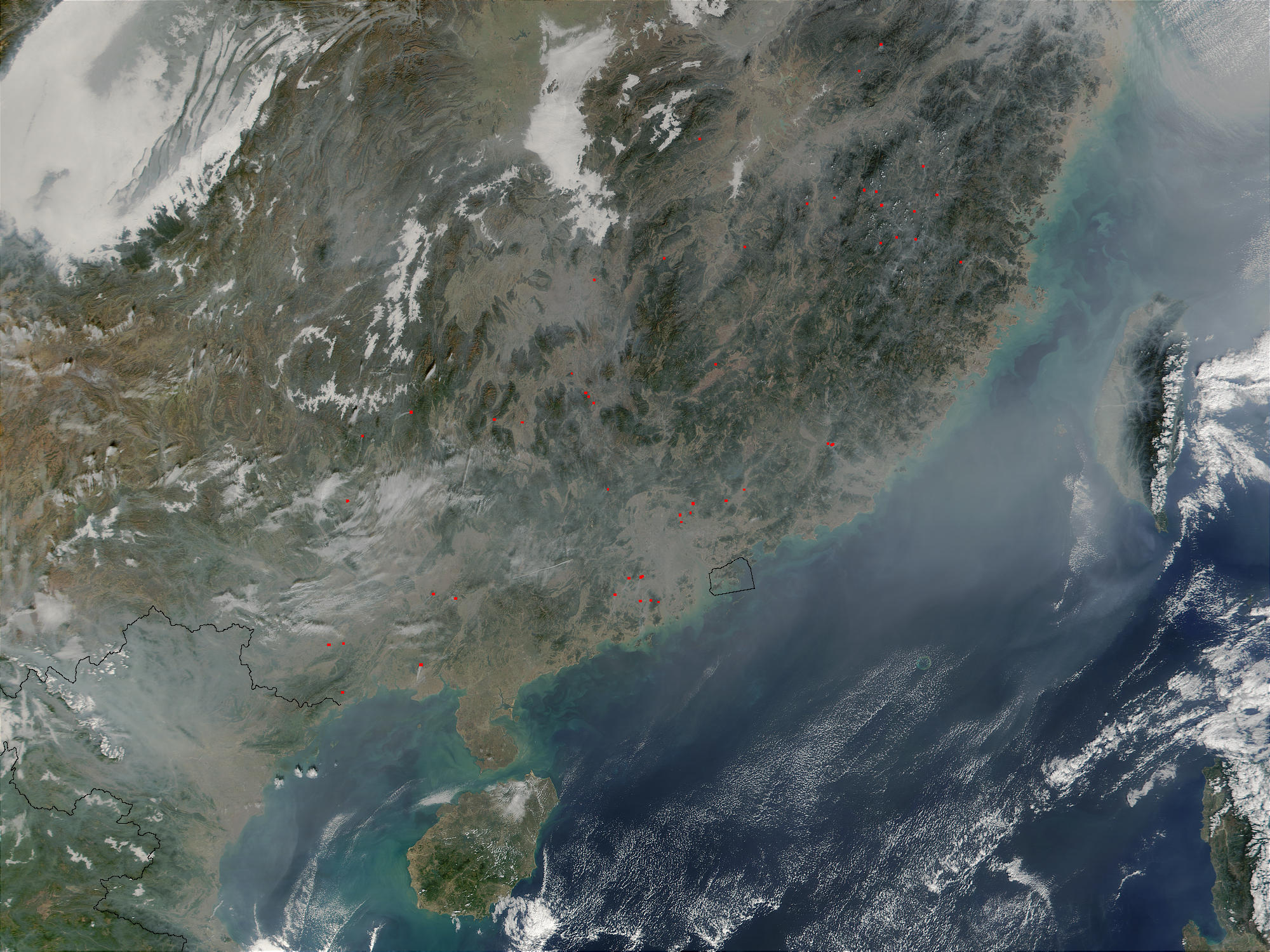 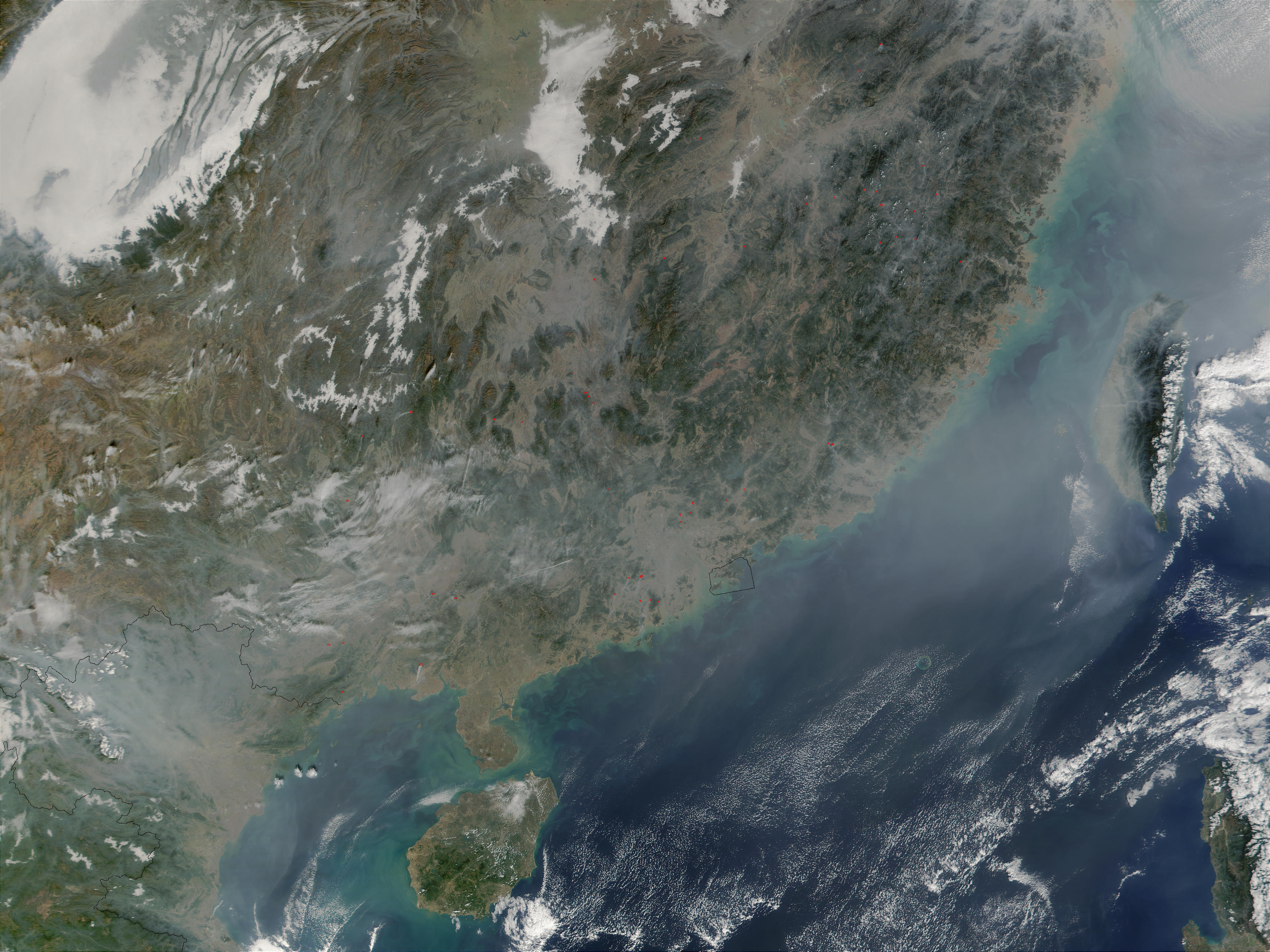 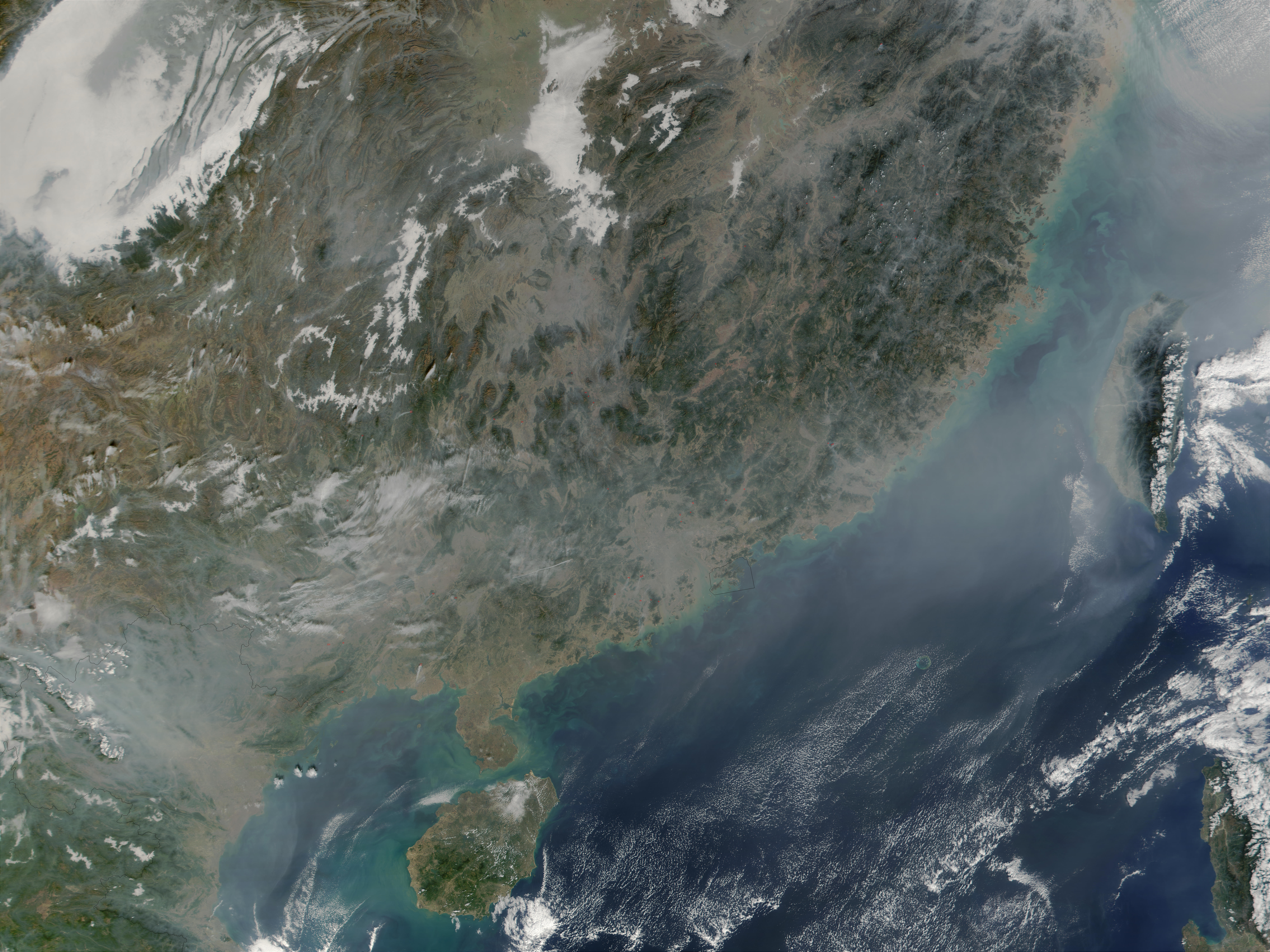 Fires and pollution in southern China and Vietnam

Most of southeastern China has been covered by a thick greyish shroud of aerosol pollution over the last few weeks. The smog is so thick it is difficult to see the surface in some regions of this scene, acquired on January 7, 2002. The city of Hong Kong is the large brown cluster of pixels toward the lower lefthand corner of the image (indicated by the faint black box). The island of Taiwan, due east of mainland China, is also blanketed by the smog.