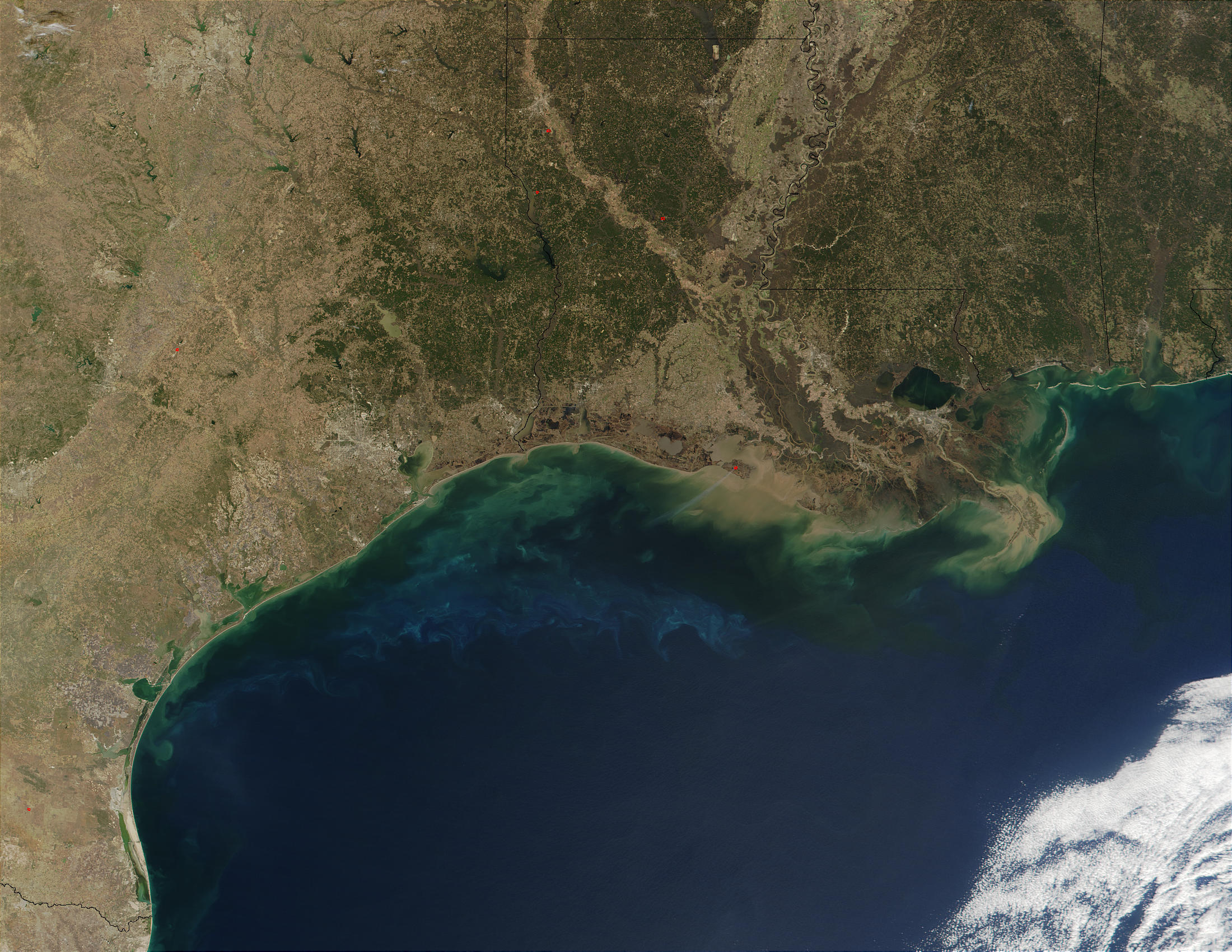 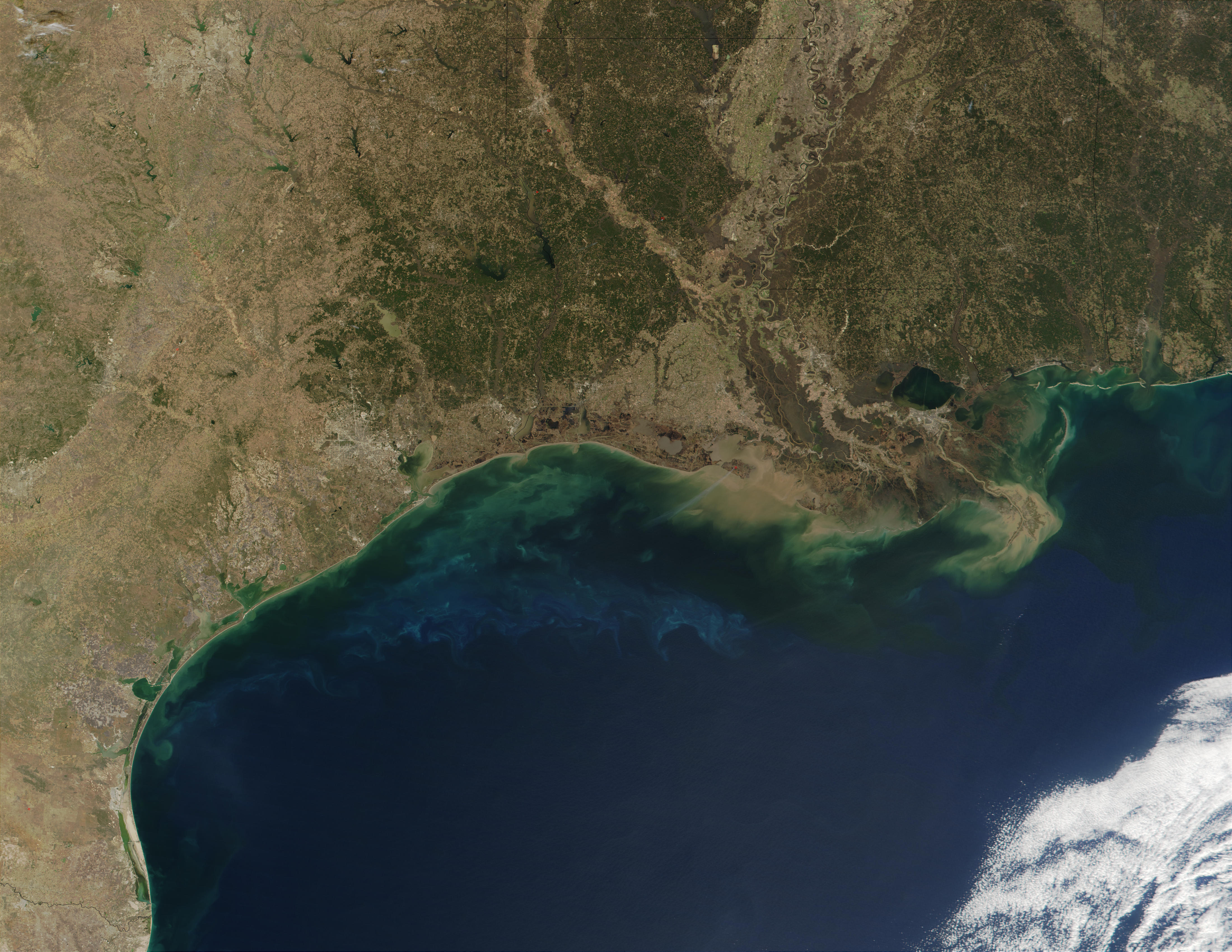 Phytoplankton and sediments in Gulf of Mexico

Affected both by terrestrial factors like agriculture, deforestation, and erosion, and by marine factors like salinity levels, ocean temperature and water pollution, coastal environments are the dynamic interface between land and sea. In this MODIS image from January 15, 2002, the Gulf of Mexico is awash in a mixture of phytoplankton and sediment. Tan-colored sediment is flowing out into the Gulf from the Mississippi River, whose floodplain cuts a pale, wide swath to the right of center in the image, and also from numerous smaller rivers along the Louisiana coast (center).

Mixing with the sediment are the multi-colored blue and green swirls that reveal the presence of large populations of marine plants called phytoplankton. Phytoplankton populations bloom and then fade, and these cycles affect fish and mammals-including humans-higher up the food chain. Certain phytoplankton are toxic to both fish and humans, and coastal health departments must monitor ecosystems carefully, often restricting fishing or harvesting of shellfish until the blooms have subsided.