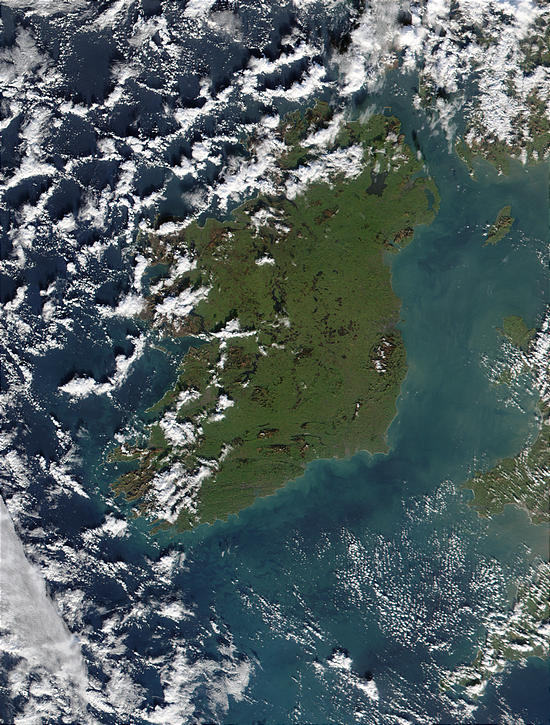 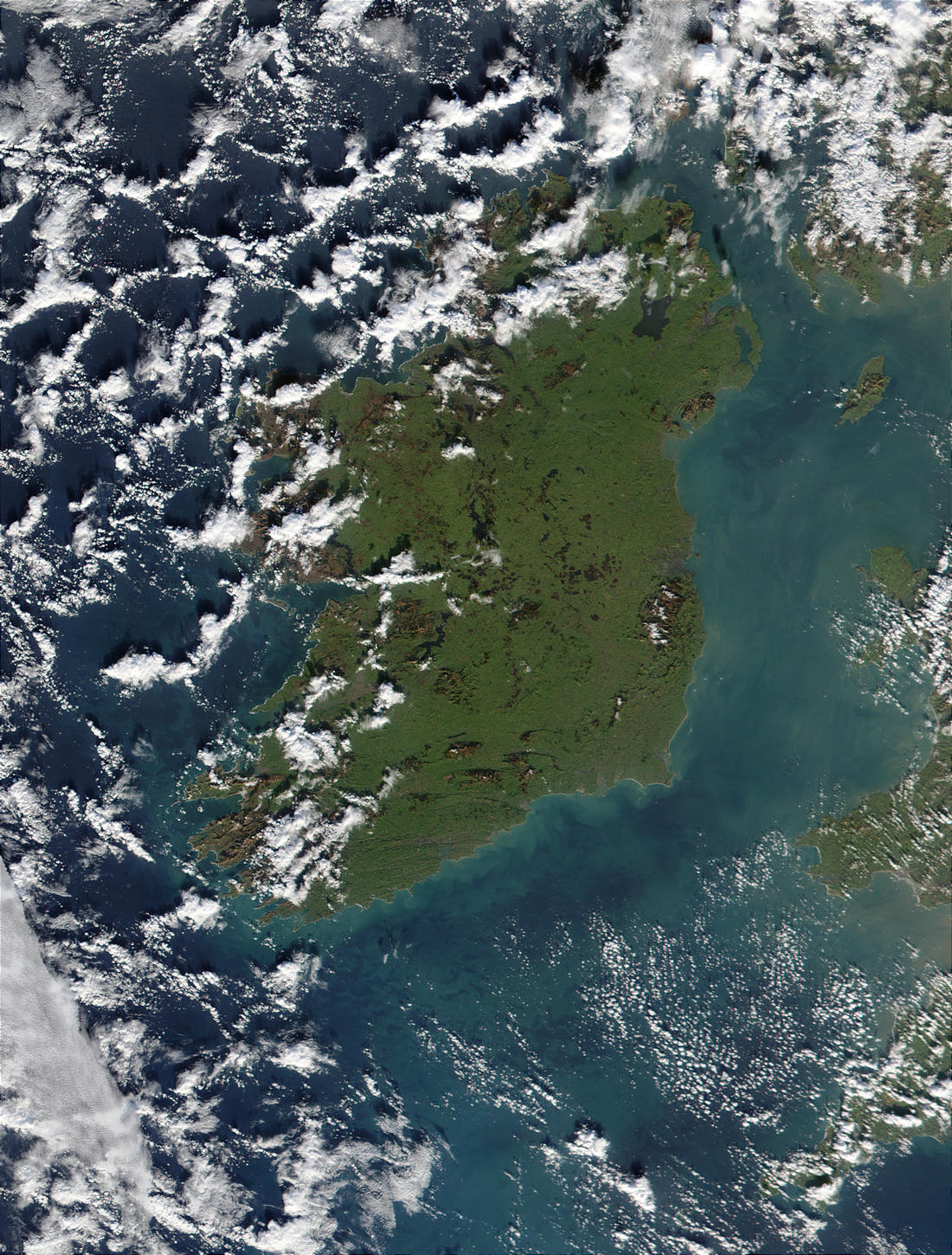 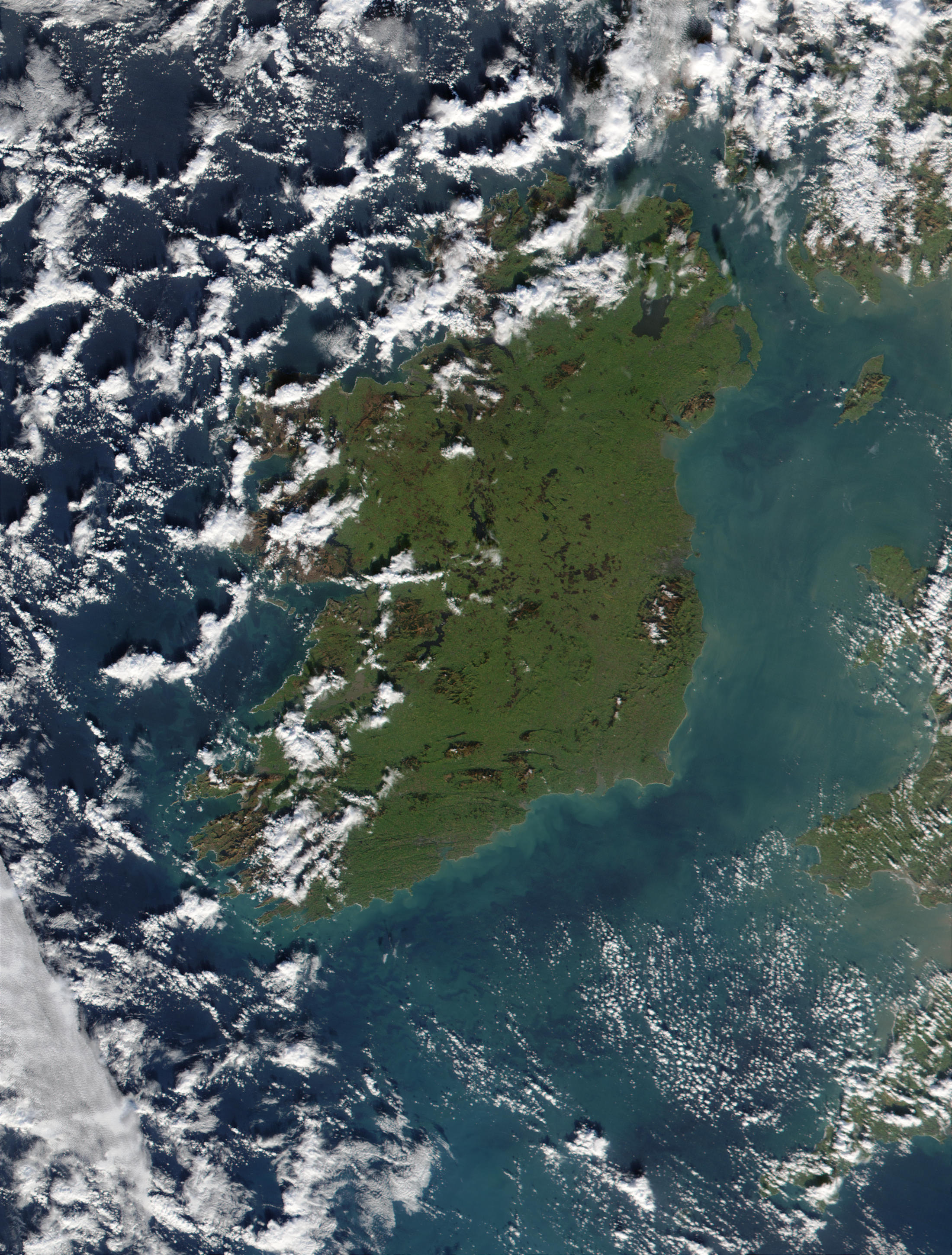 Phytoplankton bloom off the coast of Ireland

The Irish Sea (right) is full of phytoplankton in this true-color image from January 15, 2002. The Irish Sea separates Ireland (center) from the United Kingdom (right). In this image the water of both the Irish and Celtic (lower right) Seas appears quite turbid, being a milky blue-green compared to the clearer waters of the open Atlantic (left). This milky appearance is likely due to the growth of marine plants called phytoplankton.

Despite the fact that Ireland is at the same latitude as southern Hudson Bay, Canada, it remains green year round, thanks to the moderating effect on temperatures of the Atlantic Ocean. The Gulf Stream bring warmer waters up from the tropics, and southwesterly winds bring warmer air to the country, thus moderating seasonal temperature extremes.