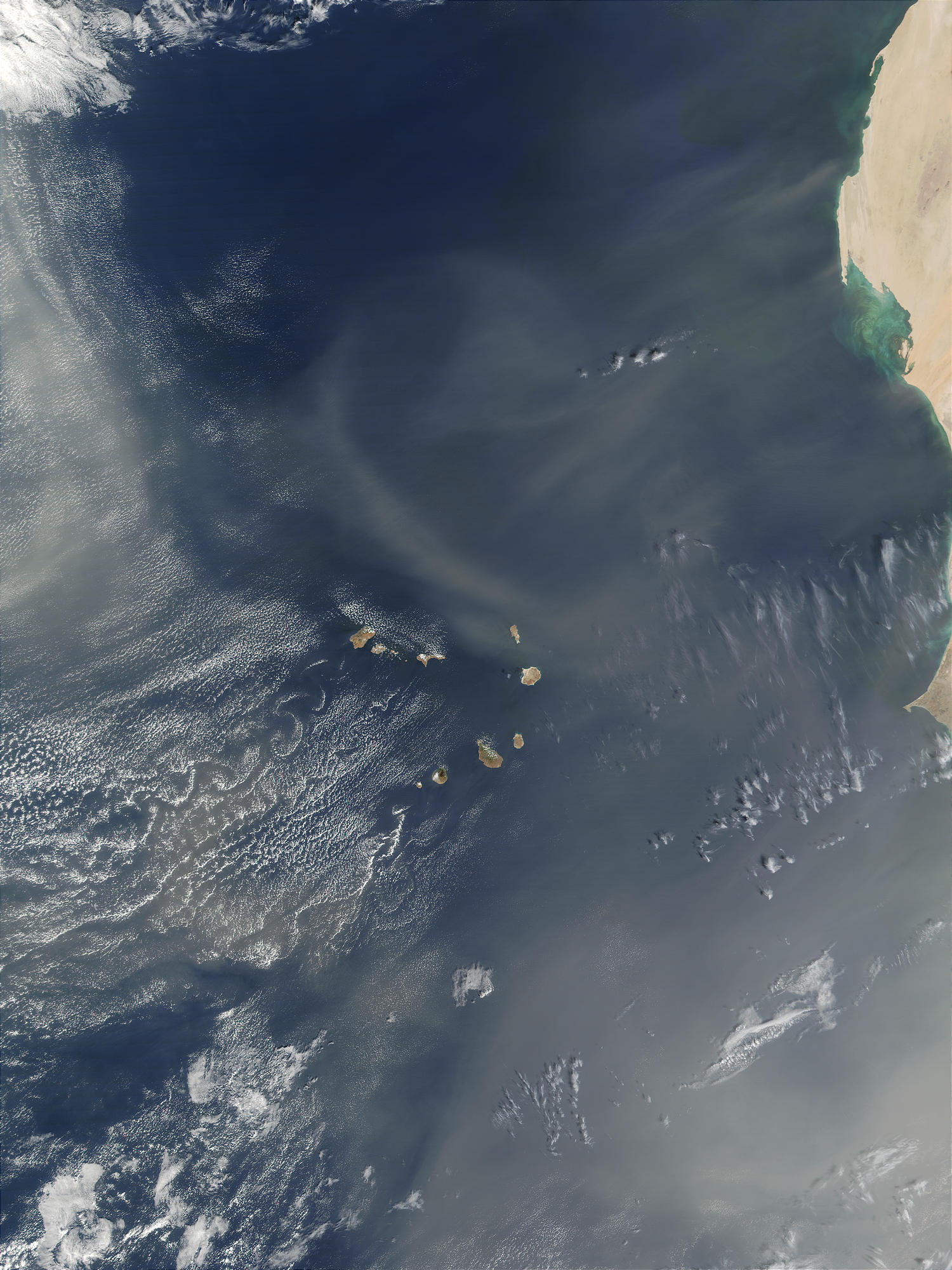 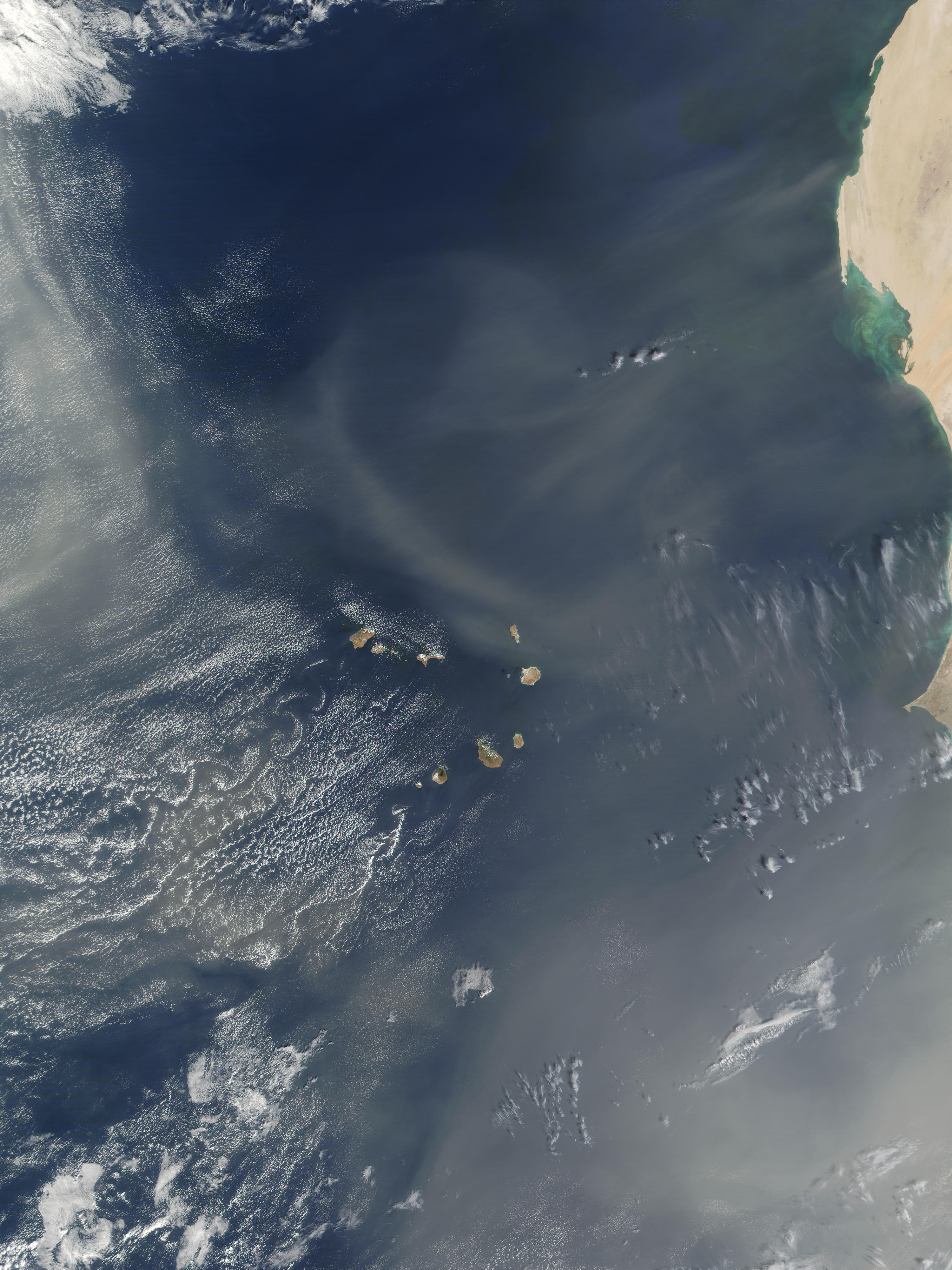 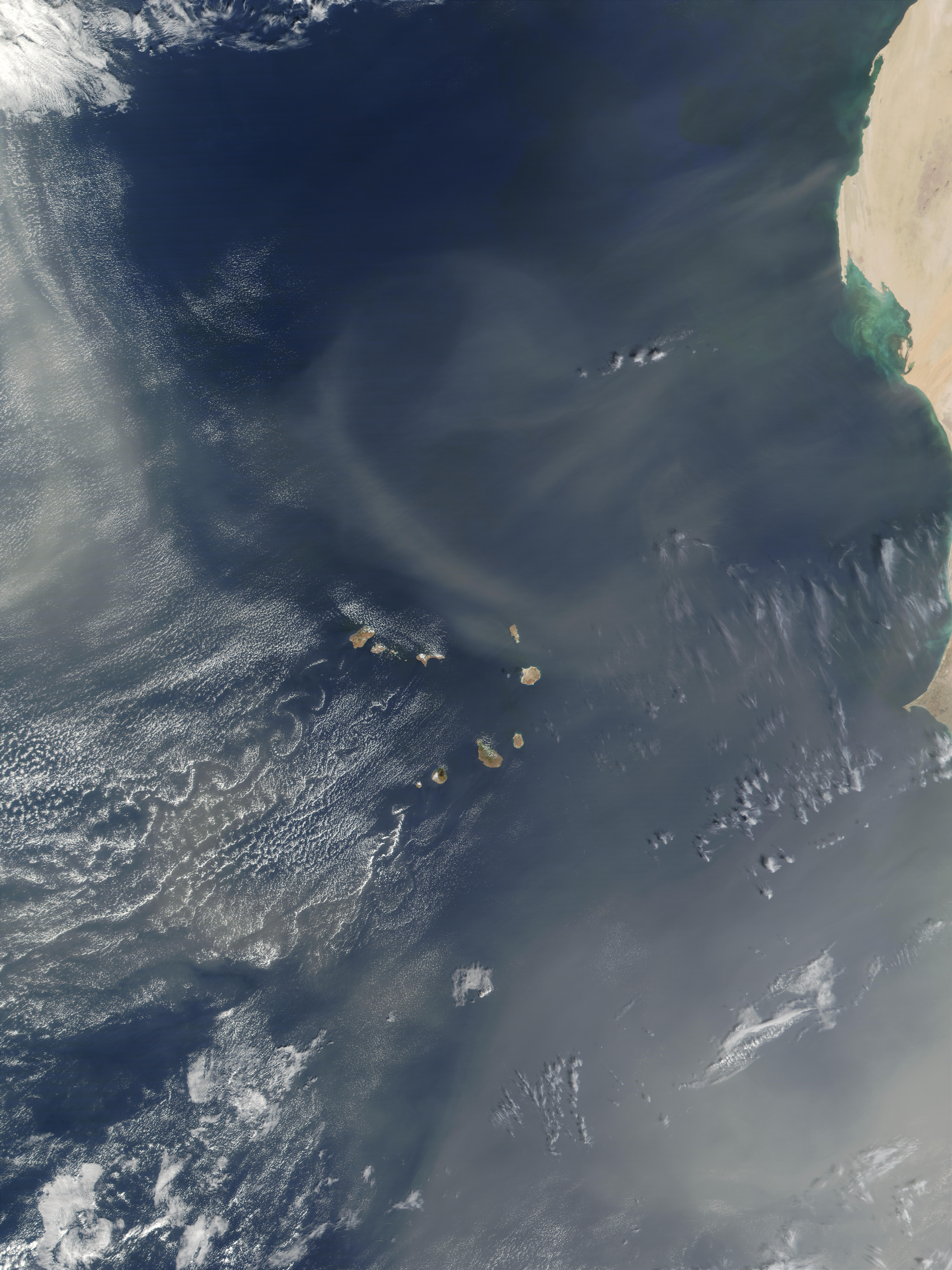 From Africa's Sahara Desert, wind-blown dust billows out over the Atlantic Ocean. Dust transport over the ocean deposits iron-rich dust onto the ocean, where it supports ocean-based plant life. The dust is both a blessing and a curse, however, as some scientists have begun to show that fungal pathogens in the dust are contributing to the ailing health of Caribbean coral reefs. This image was made from data collected by MODIS on January 15, 2002.