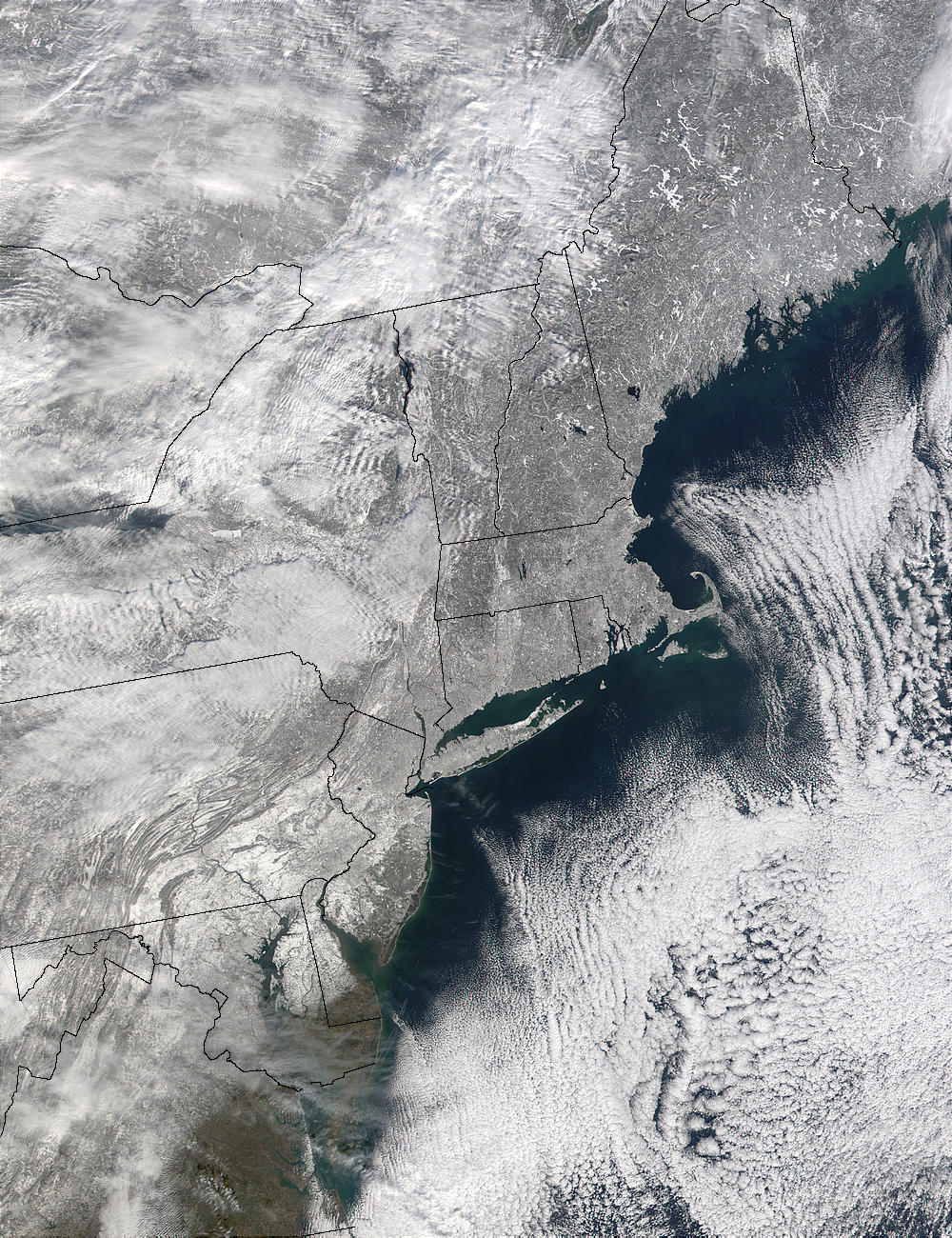 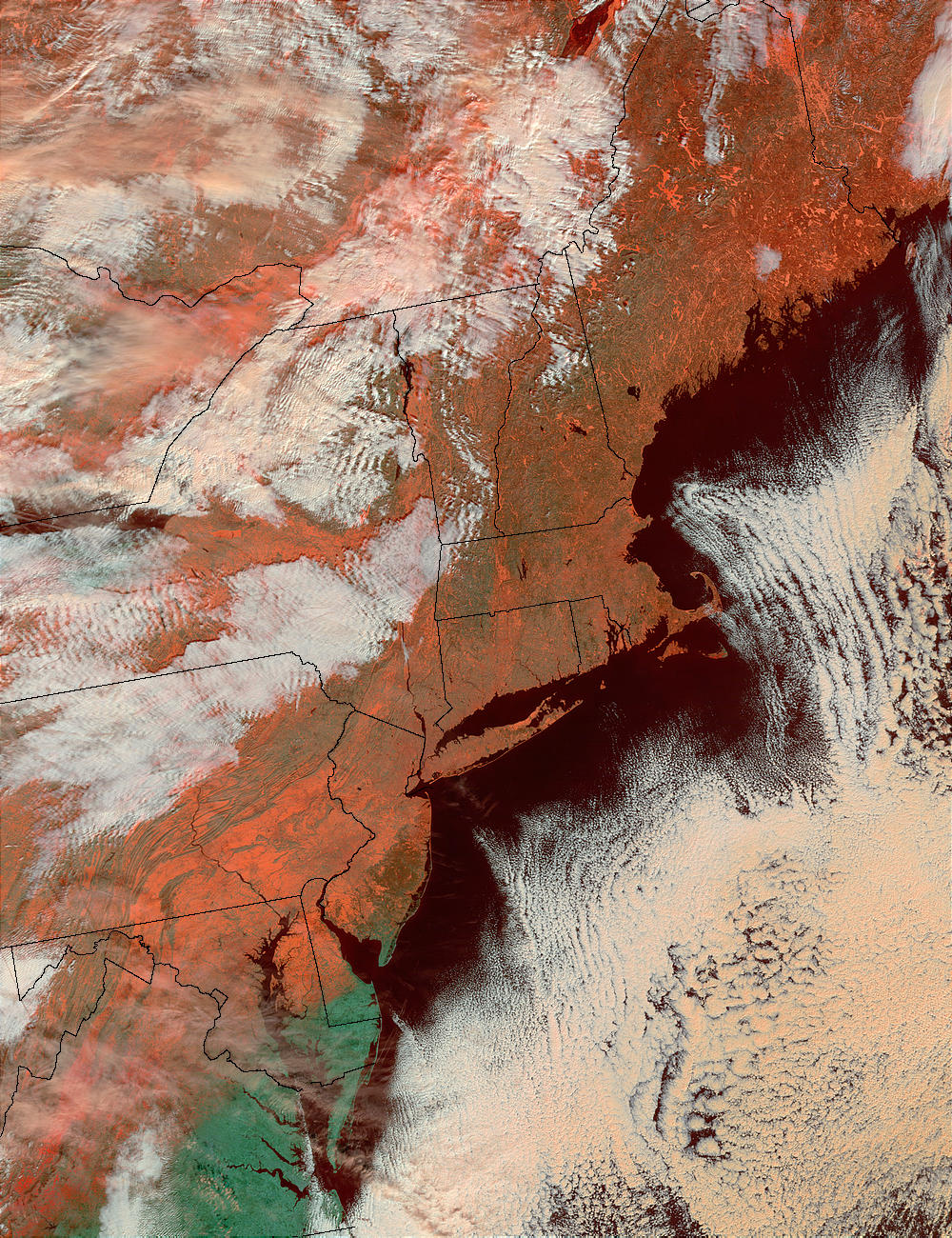 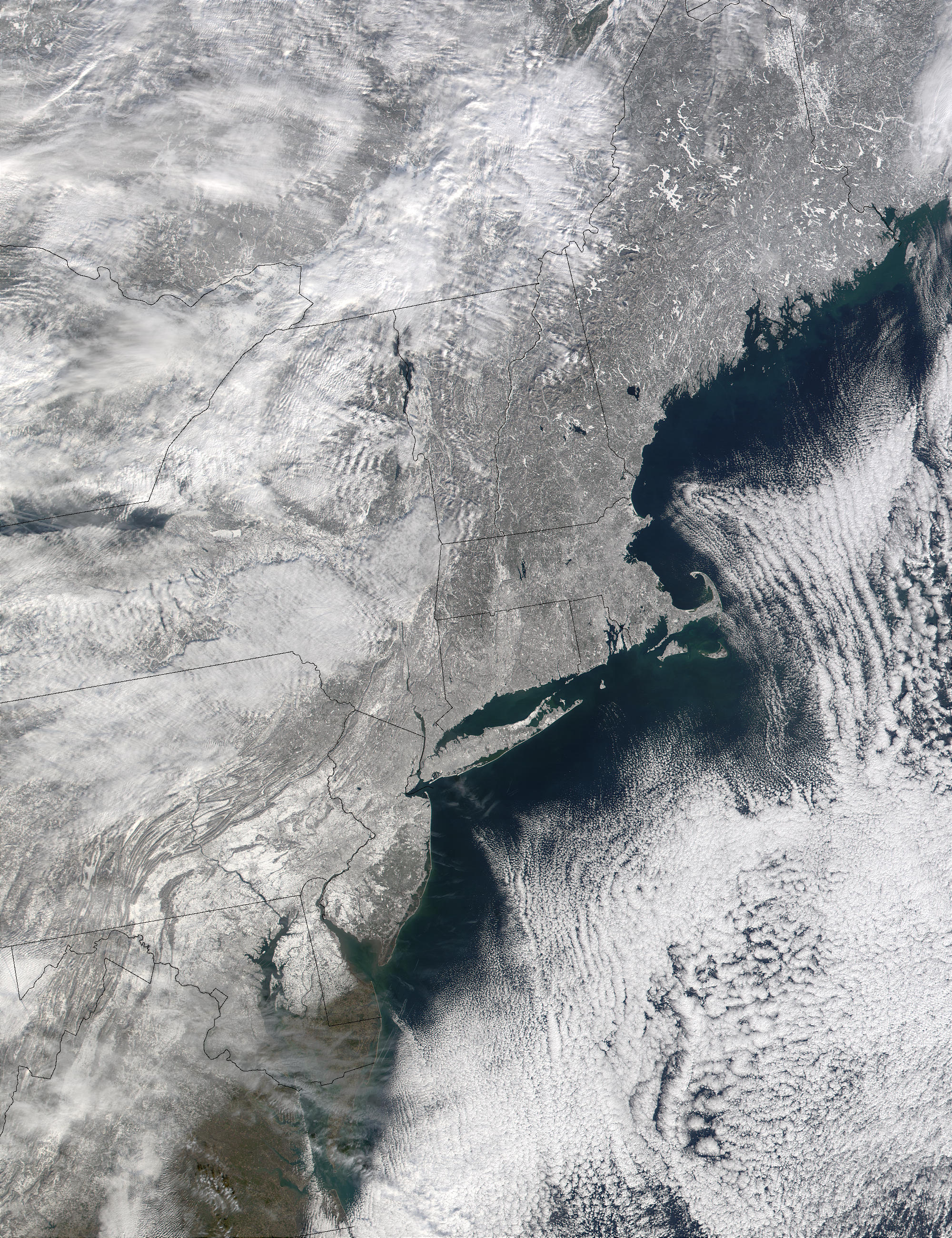 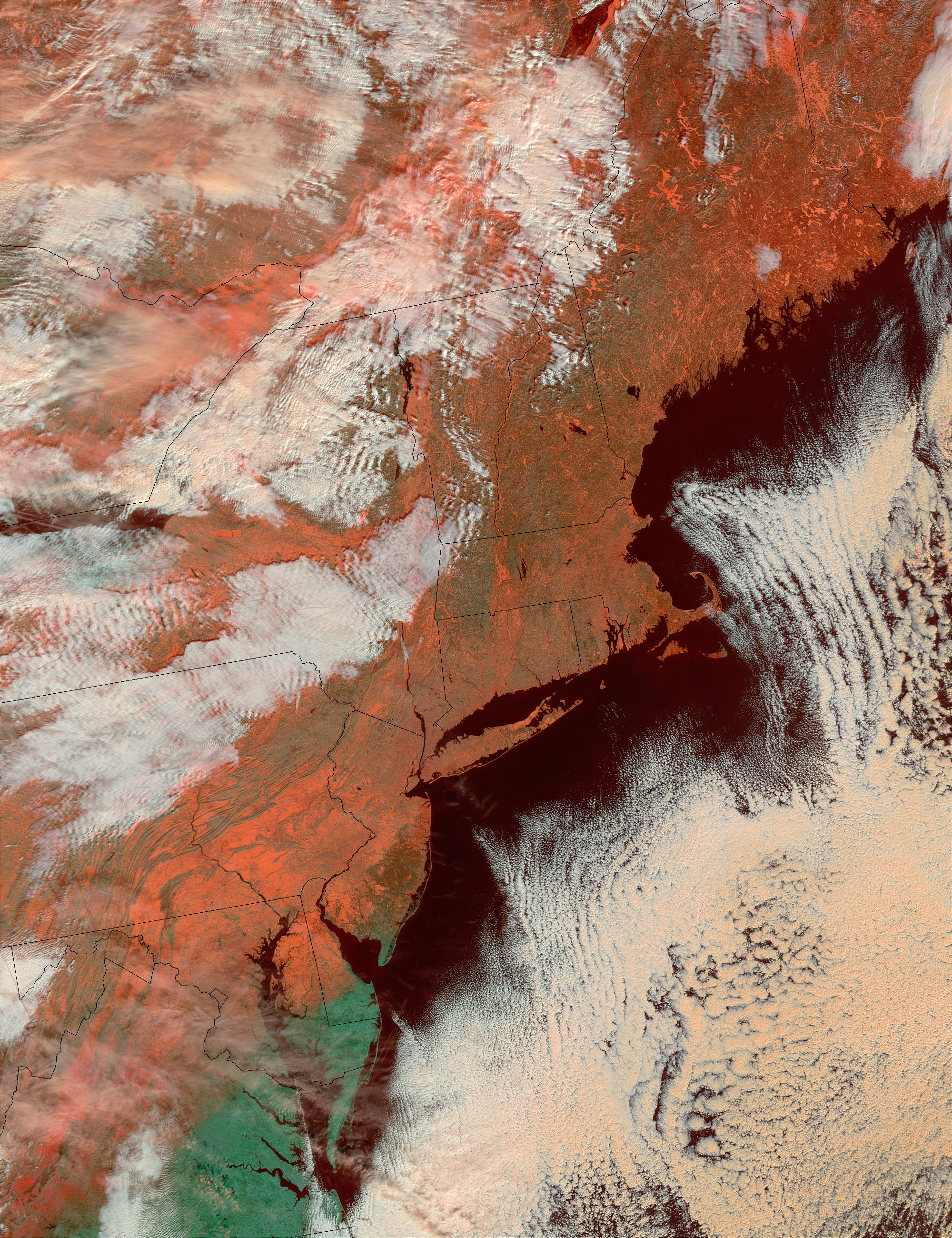 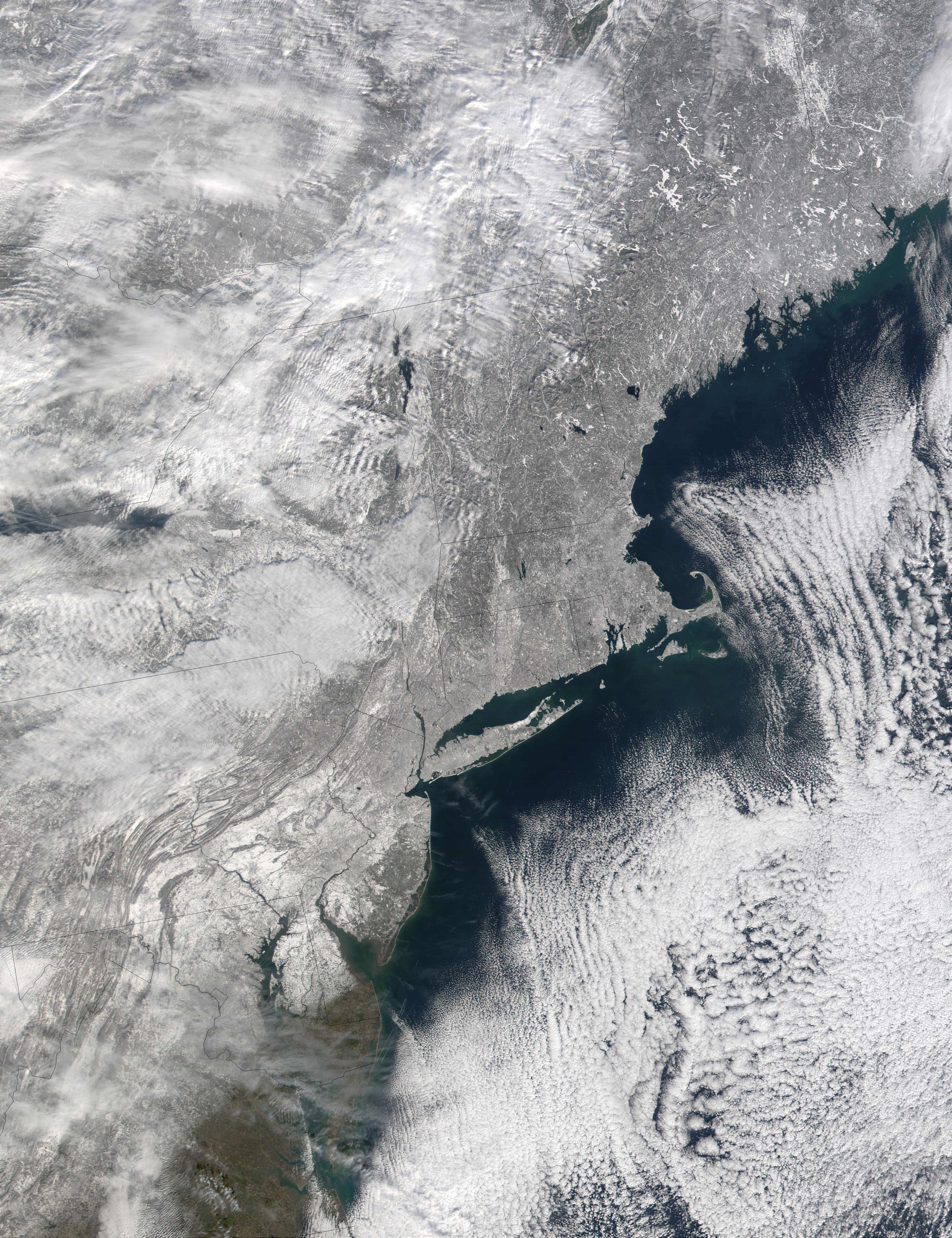 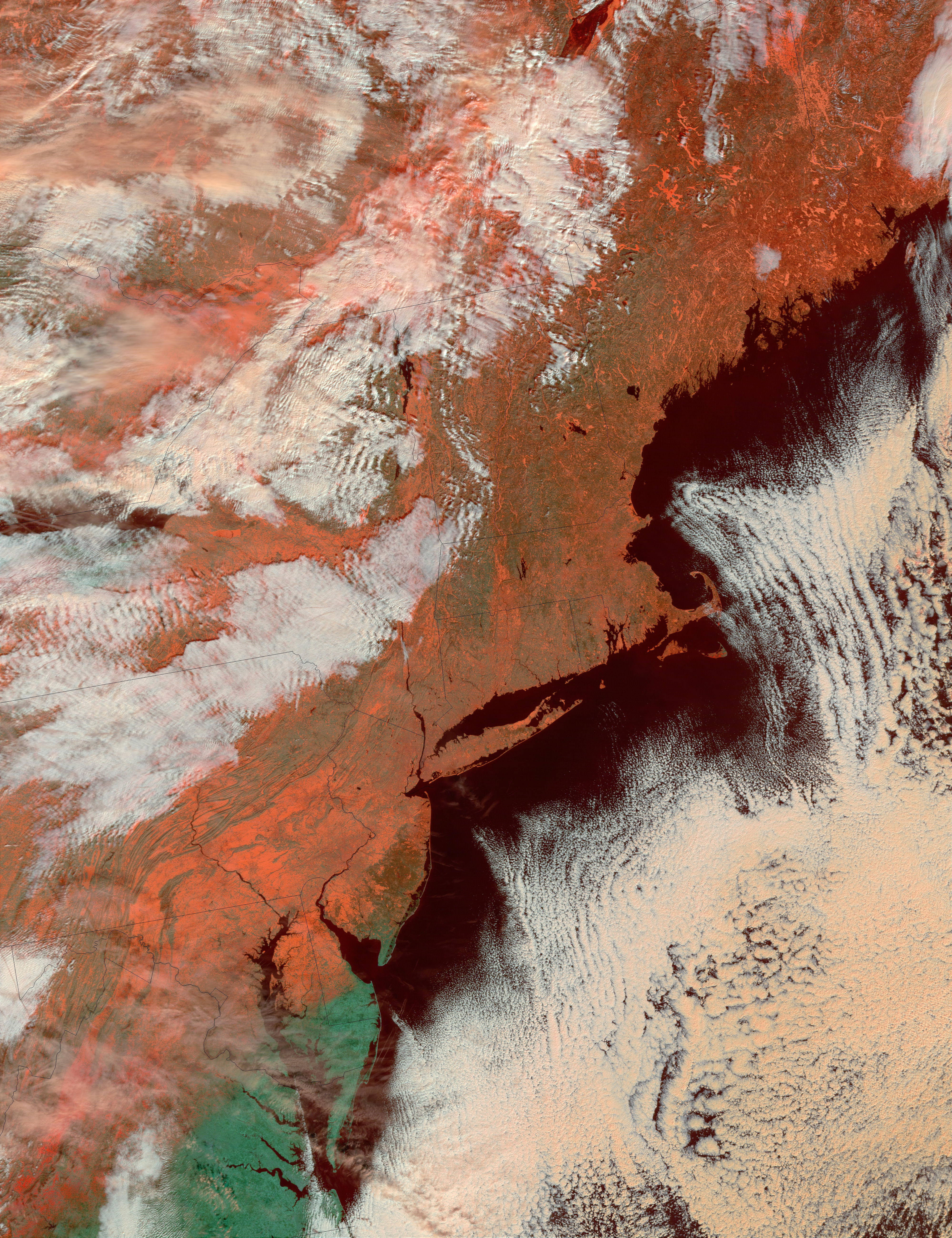 Snow blankets the Northeast in this true-color MODIS image from January 20, 2000, all the way from the Canadian province of New Brunswick (upper right) all the way south to Virginia (lower left). Enhanced by the snow's contrast, one of the most prominent features of the image is the Appalachian Ridge and Valley Province in Pennsylvania (left center). The Ridge and Valley Province is one of the four physiographic regions of the Appalachian Mountains. It is composed of alternating parallel beds of hard and soft sedimentary rocks that were rumpled like a rug during the repeated continental collisions that formed the Appalachian chain 300 to 400 million years ago. Running through the mountains is the Susquehanna River, which empties into Chesapeake Bay.