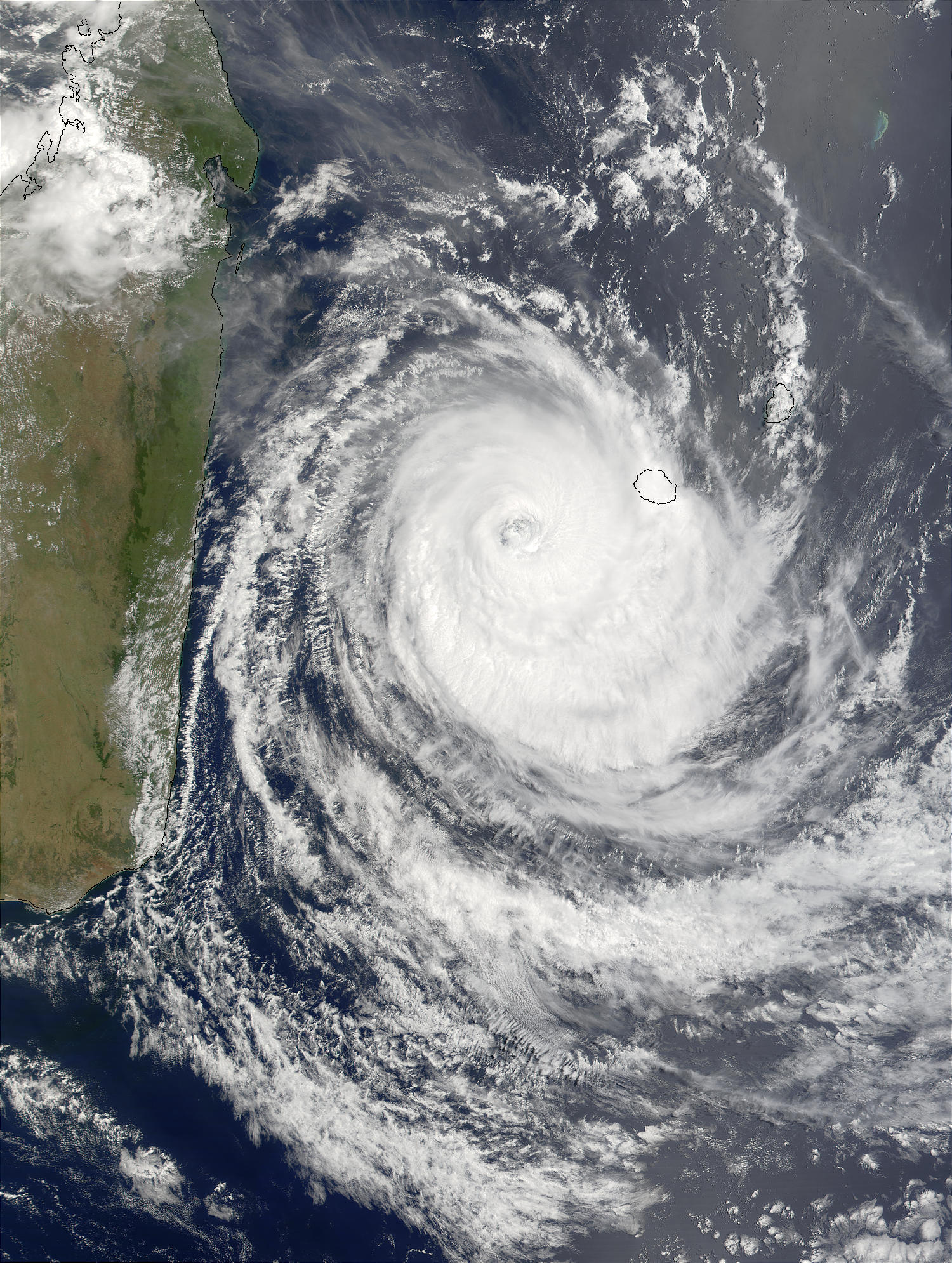 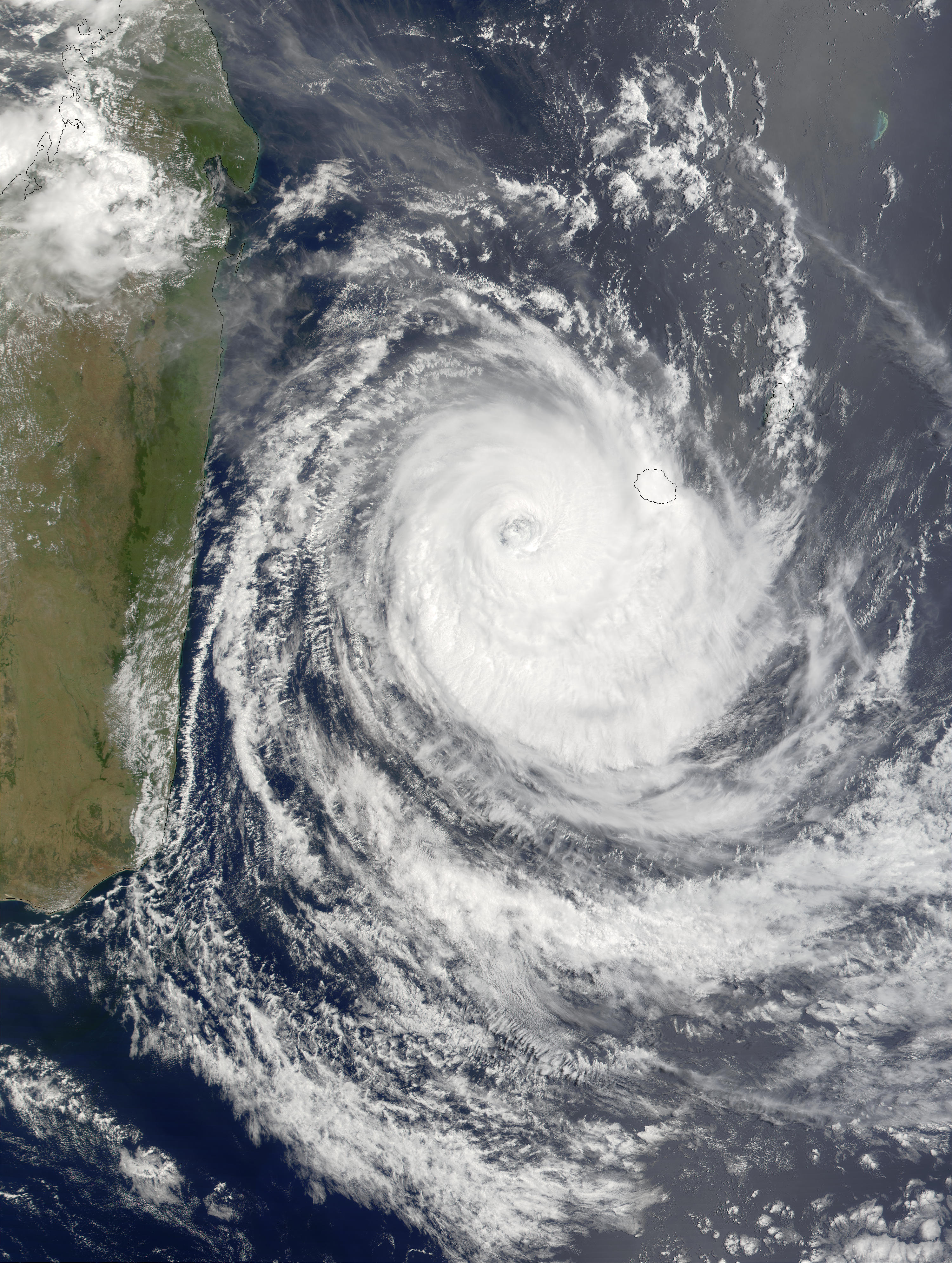 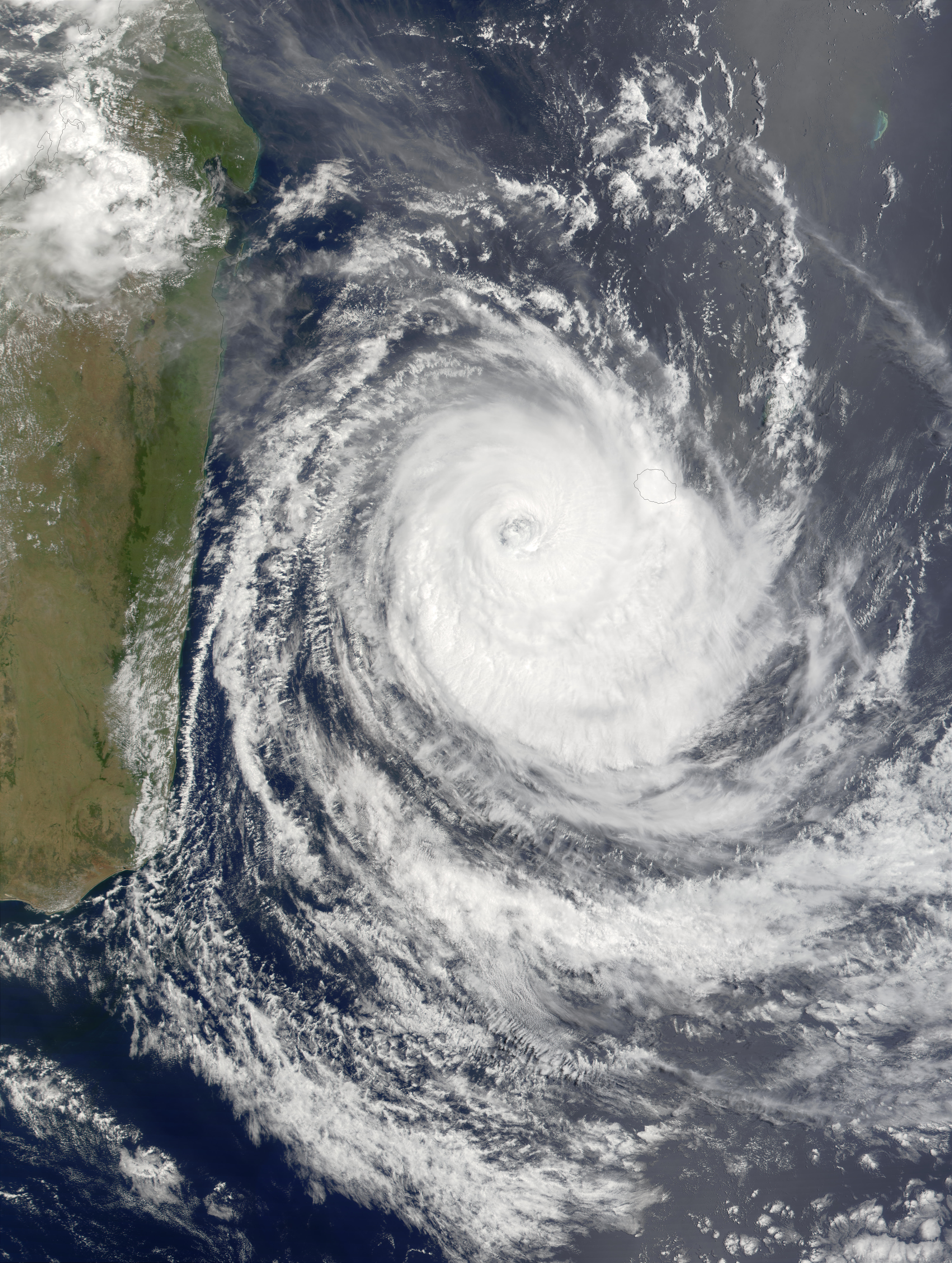 Maximum sustained winds in Cyclone Dina had dropped to about 130 miles per hour as of Wednesday morning, January 23, 2002, and were predicted to continue dropping as the storm pursued a west-southwestward track that will likely shift more toward the south, keeping the center of the storm away from the island of Madagascar. In this true-color MODIS image made from data acquired on the morning of January 23, the storm had cleared Mauritius (eastern-most island) but was still covering Riunion. The outer bands of clouds were skirting the southeast coast of Madagascar.