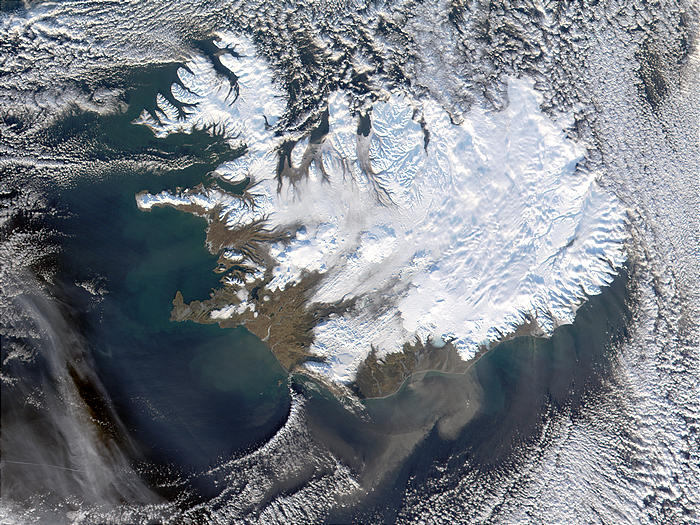 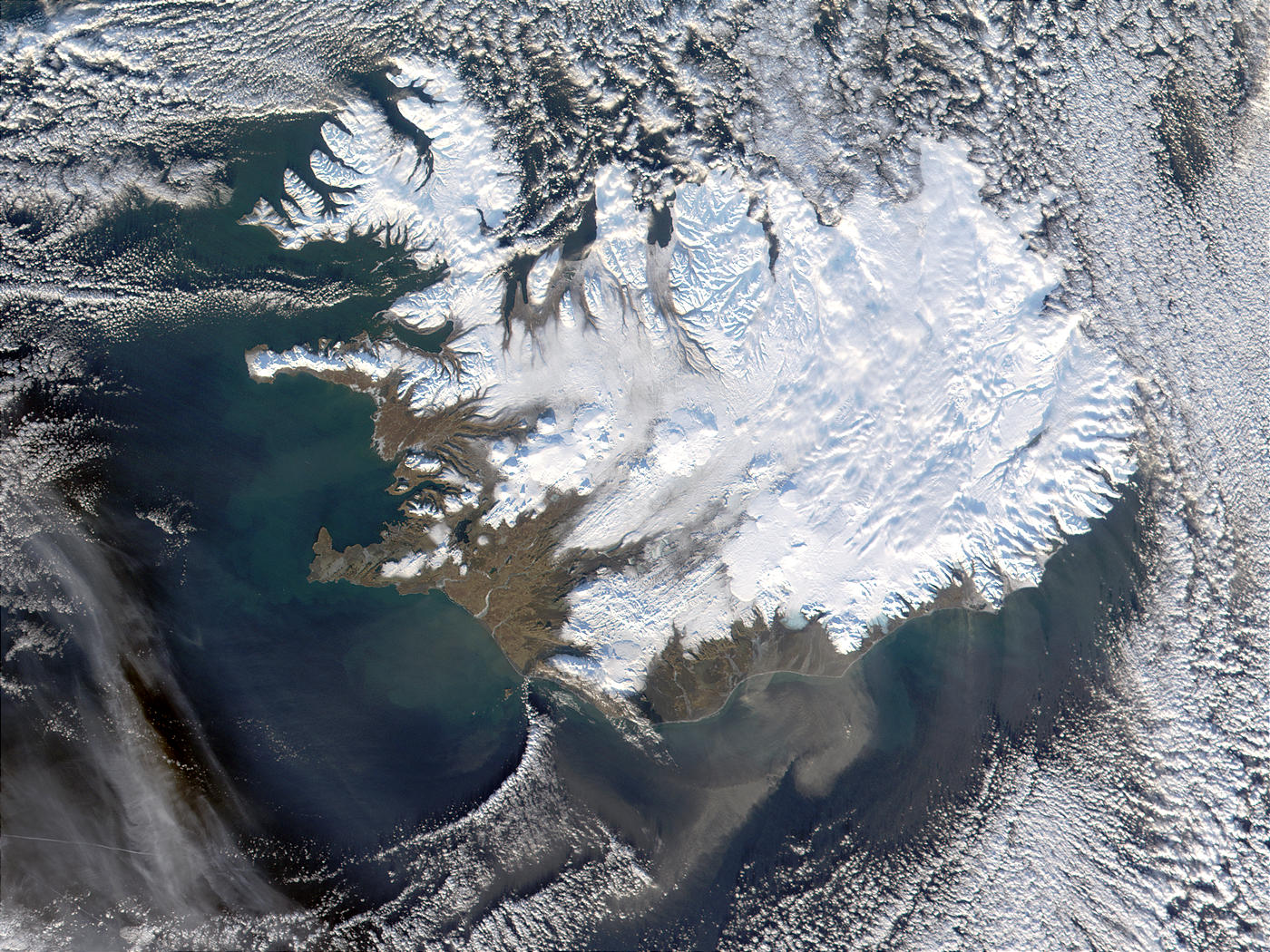 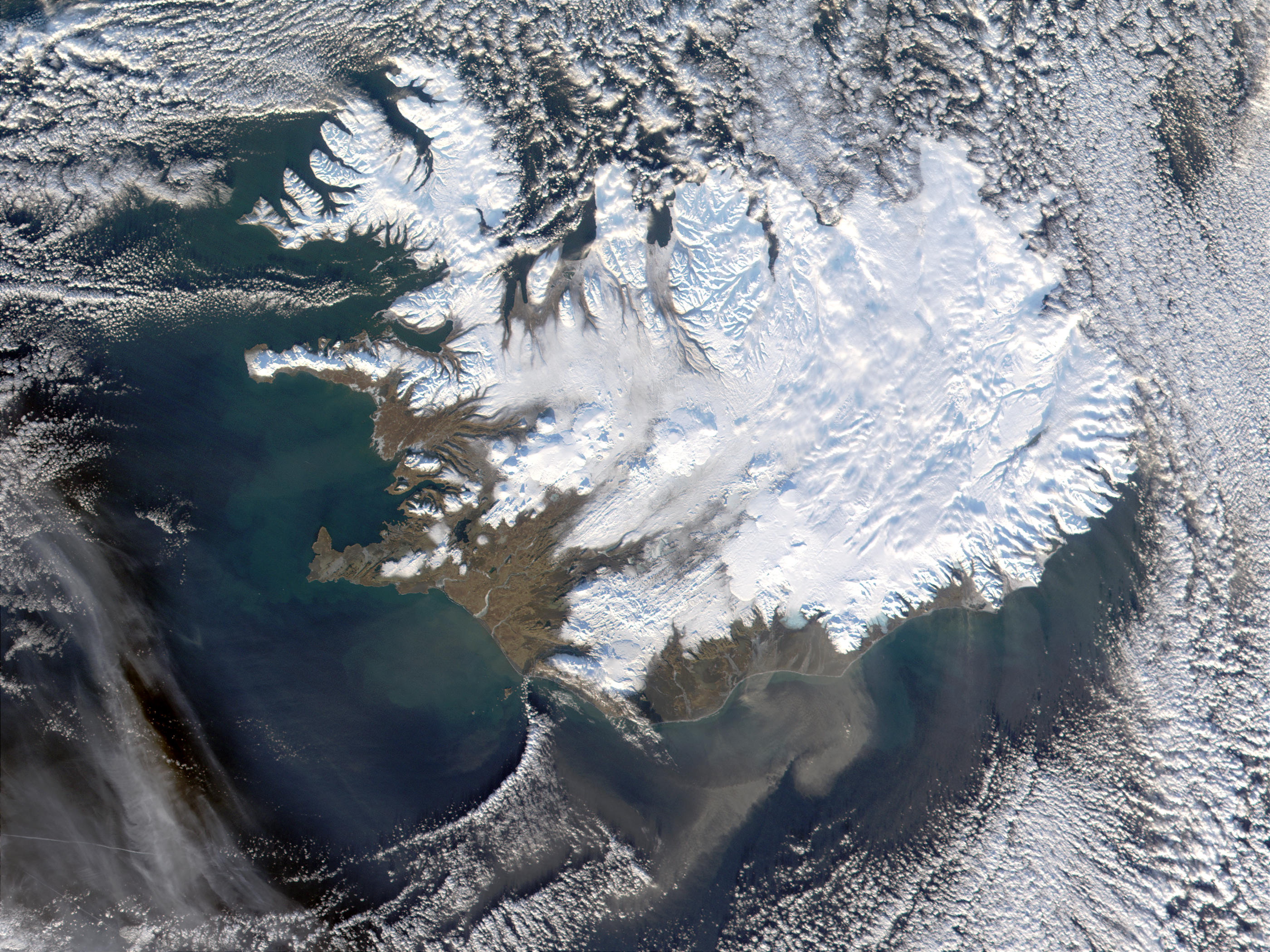 Dust storm along the coast of Iceland

A large portion of Iceland is completely un-vegetated, and soil erosion must be combated to preserve the small portion of arable land that exists. In this true-color image from January 28, 2002, a dust storm can be seen blowing out from Iceland's southern coast. Along the coasts, the waters of the Atlantic Ocean appear greenish, indicating a mixture of sediment and marine organisms called phytoplankton.