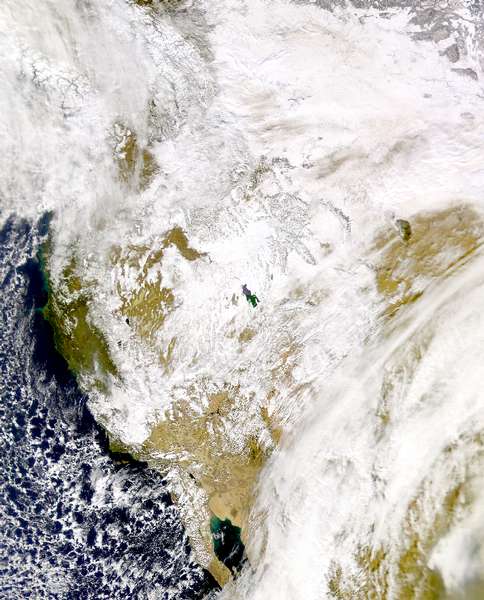 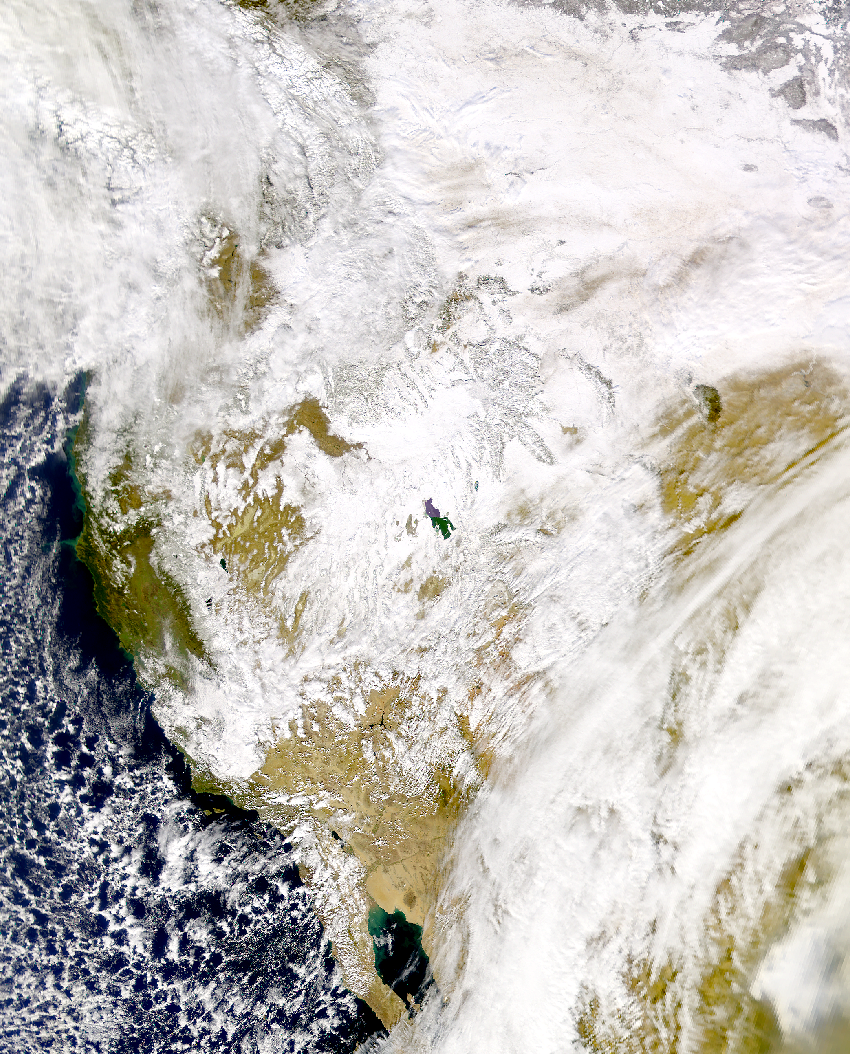 While the eastern seaboard expects temperatures in the mid-seventies today, the area around Utah's two-toned Great Salt Lake appears to have plenty of snow cover as the Winter Olympics' opening ceremony approaches. This SeaWiFS image was collected on January 29, 2002.