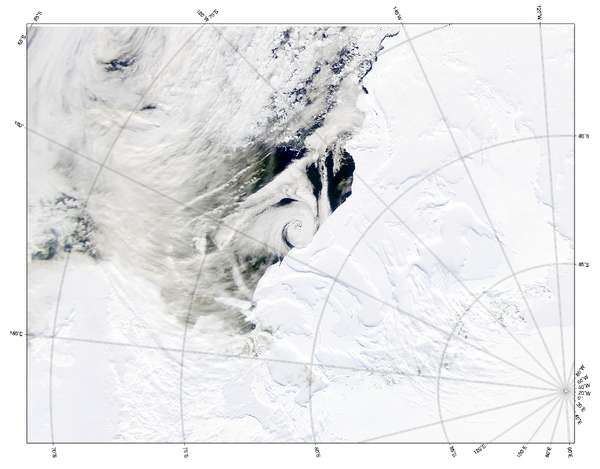 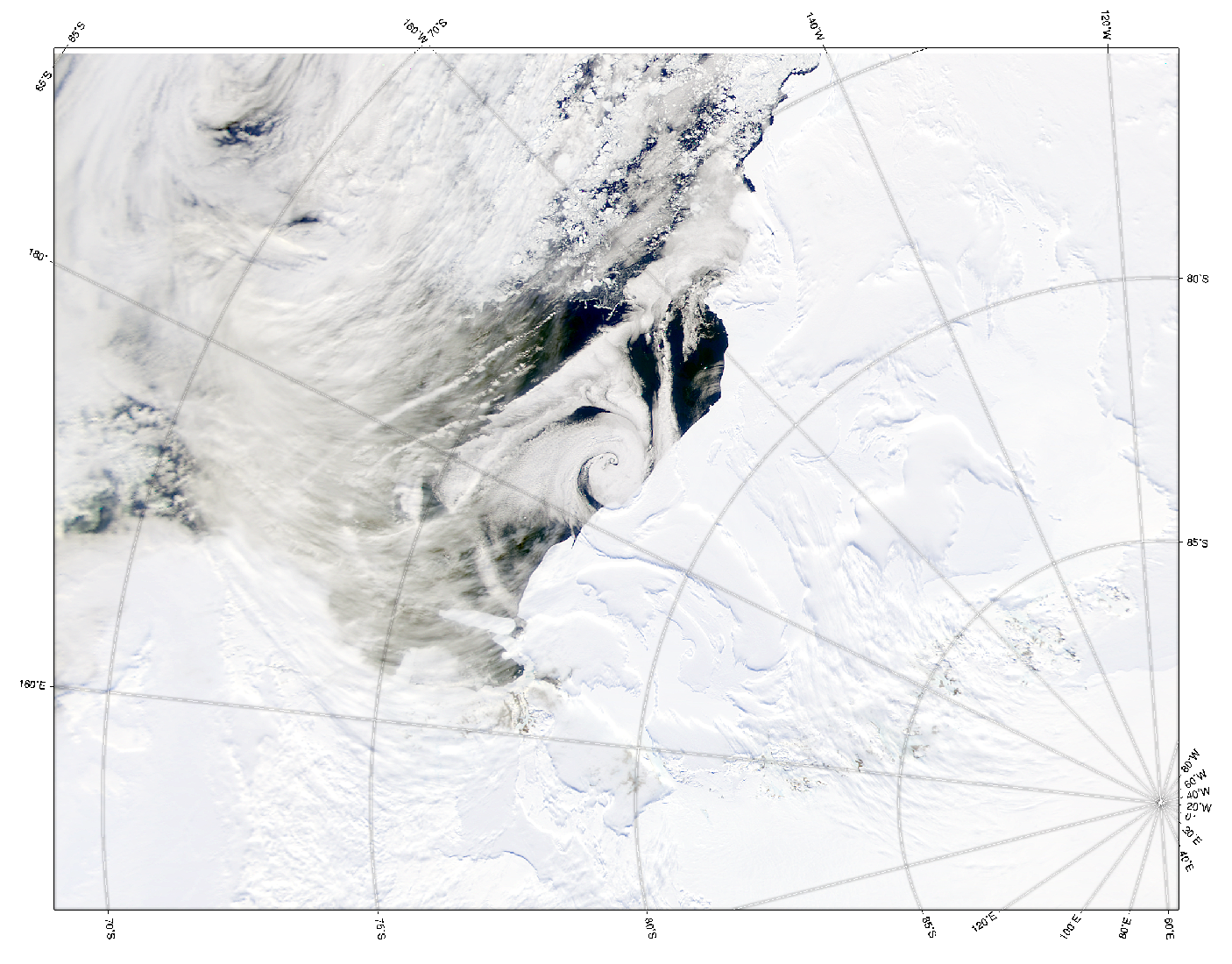 On January 30, 2002, SeaWiFS captured this view of a tightly-formed low pressure cell just north of the northern edge of the Ross Ice Shelf. What look like ridges in the flat ice of the shelf are actually clouds and their associated shadows on the while ice below. Some real ridges in the ice can just barely be detected amidst all of the white clouds and ice as the partially snow free areas of the Transantarctic Mountains which run across the lower right quadrant of the image.