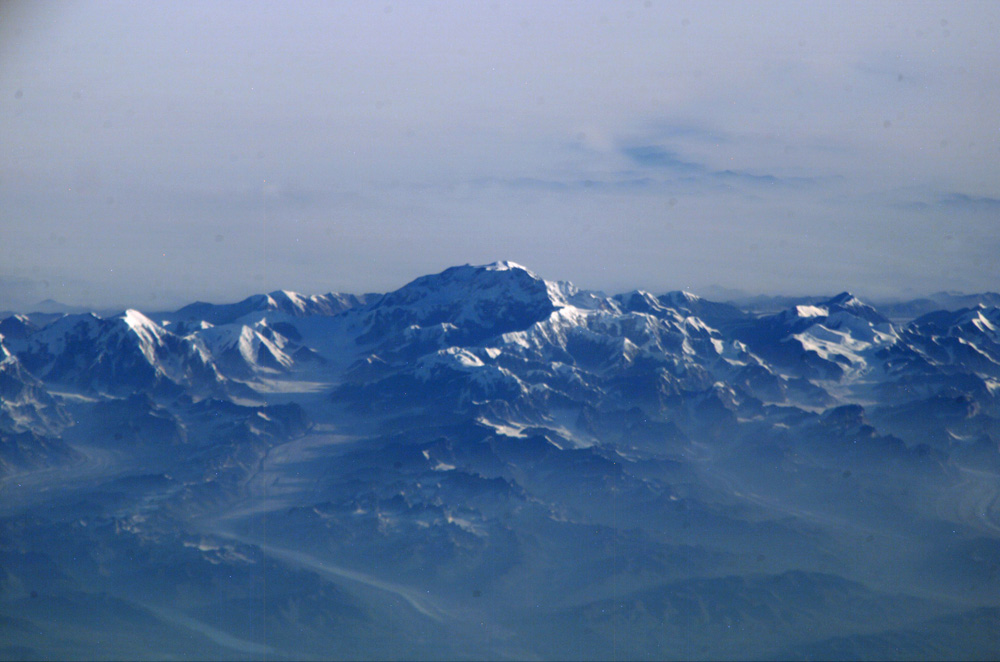 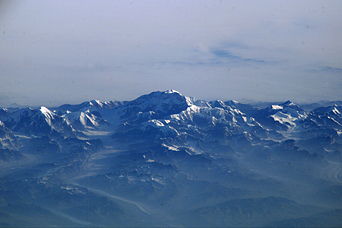 This view of Mt McKinley (Denali)—the highest point in North America (6,194 meters; 20,230 feet)—looks as if it were taken from an aircraft. In fact, an astronaut onboard the International Space Station took advantage of cloud-free skies and a powerful 800-millimeter lens to photograph this peak while the spacecraft was over the Gulf of Alaska, 800 miles to the south of the mountain. The powerful lenses are difficult to use, requiring motion compensation by the astronaut, so these kinds of detailed images of horizon detail are seldom taken. The rising sun casts long shadows across the Kahiltna Glacier that angles down from Denali (left).

Astronaut photograph ISS011-E-11806 was acquired August 14, 2005, with a Kodak 760C digital camera fitted with an 800 mm lens, and is provided by the ISS Crew Earth Observations experiment and the Image Science & Analysis Group, Johnson Space Center. The International Space Station Program supports the laboratory to help astronauts take pictures of Earth that will be of the greatest value to scientists and the public, and to make those images freely available on the Internet. Additional images taken by astronauts and cosmonauts can be viewed at the NASA/JSC Gateway to Astronaut Photography of Earth.