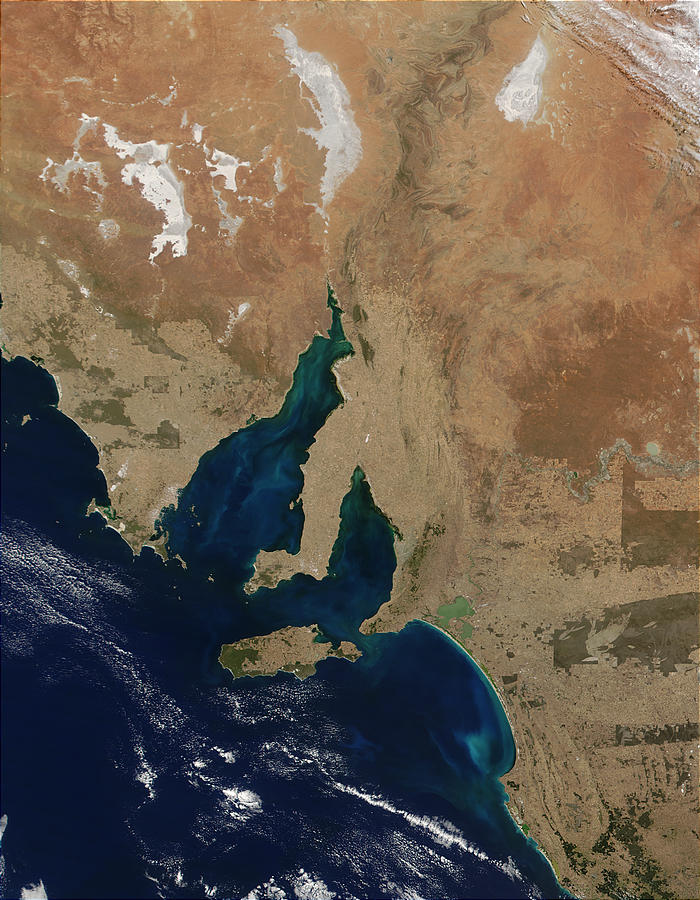 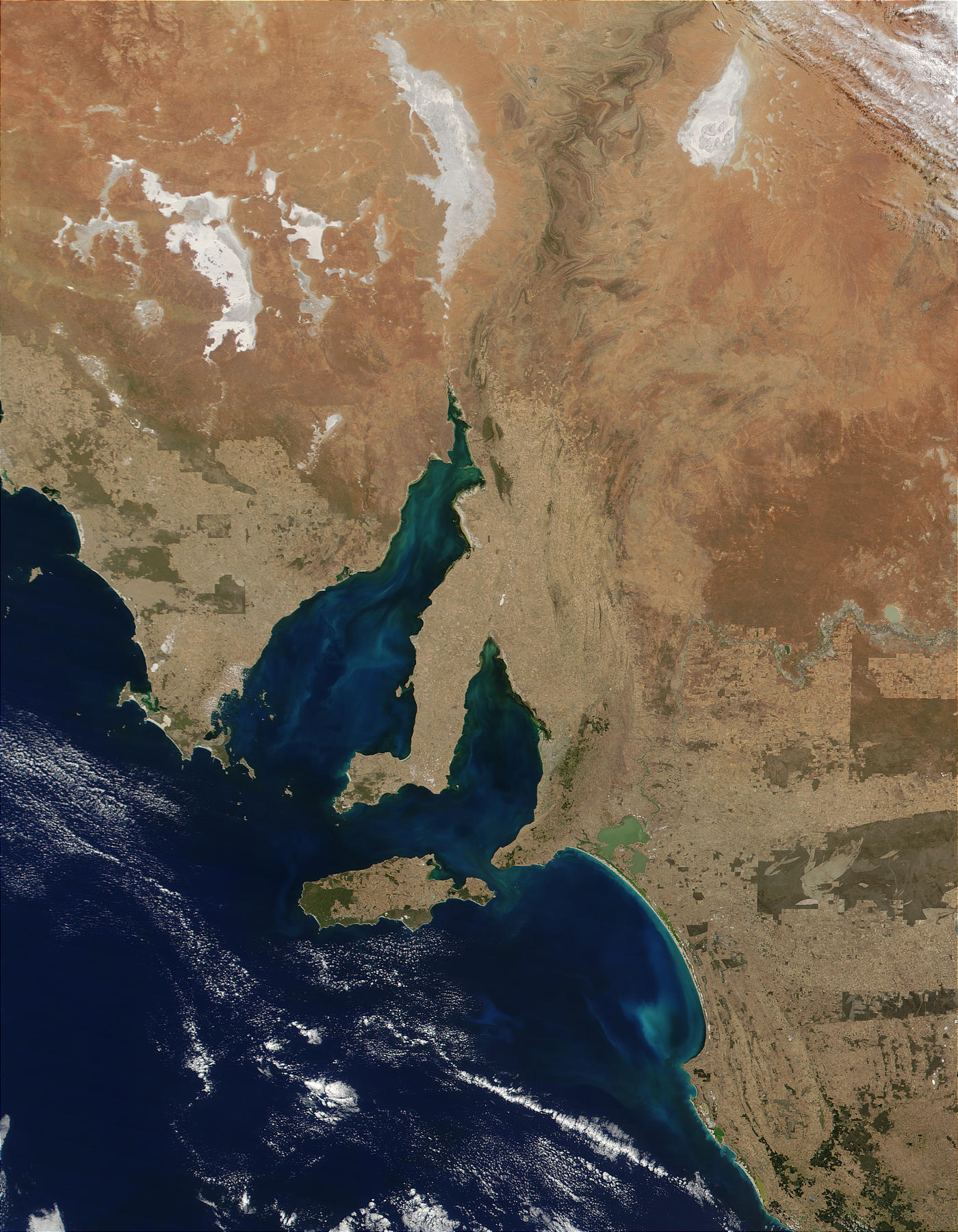 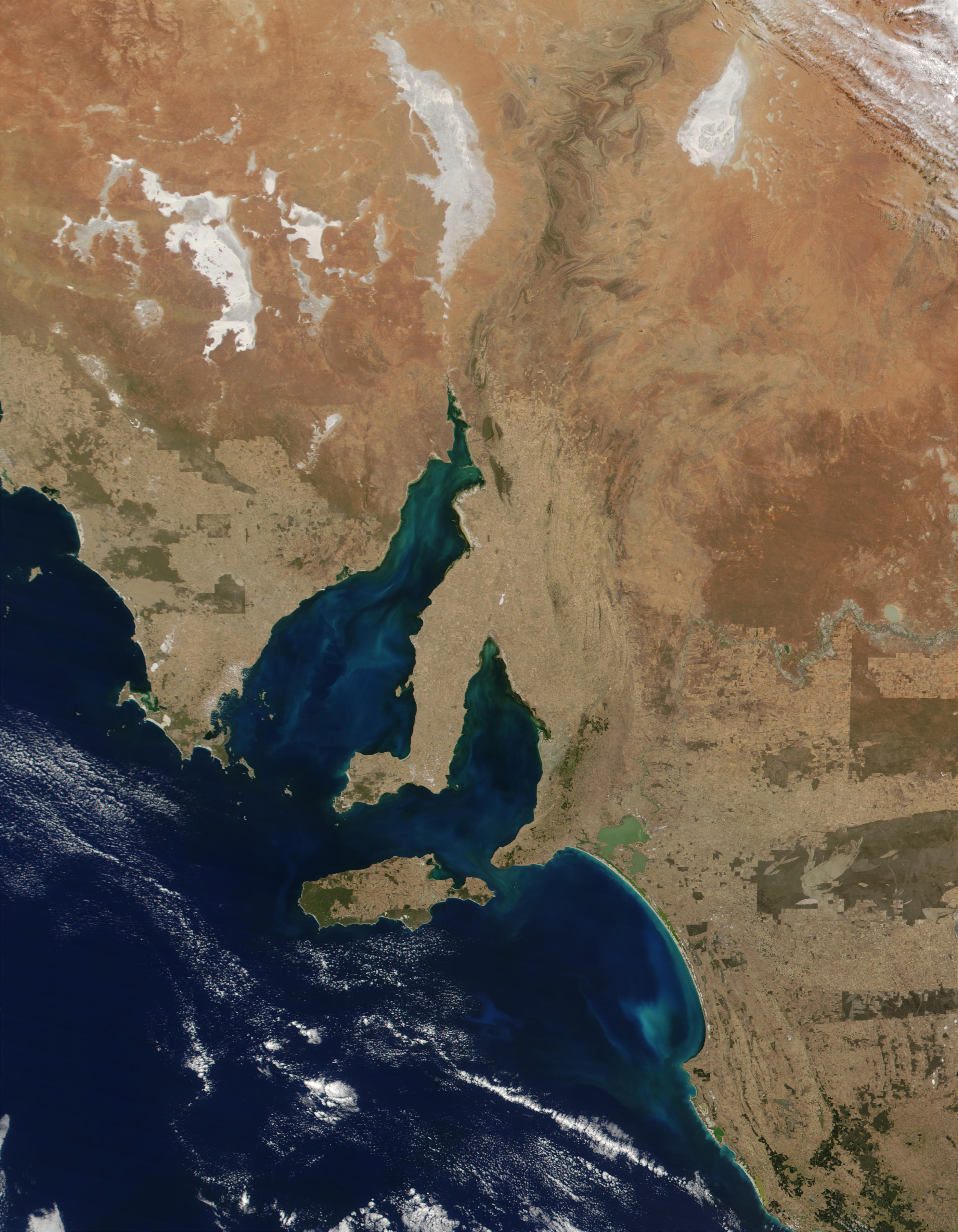 It's the height of summer in southern Australia, and the land in South Australia (left), New South Wales (right), and Victoria, Australia (lower right) appears very dry. In this true-color image from February 18, 2002, it's clear that vegetation has faded considerably as compared to an image from September 18, 2001. In both images, areas of natural vegetation stand out from the landscape. In the image from September, the lush green landscapes probably result from irrigation, and in a sense, portray a false lushness for the climate of the region. In that image, the boundaries of parks and preserves-where natural vegetation still exists-are clear; the vegetation appears dark brown. By summer, the natural vegetation--likely better adapted to the heat and low-moisture conditions--is still holding on where the other has faded. In the deep inlet made by Spencer Gulf, bright blues and greens indicate the growth of microscopic marine plants called phytoplankton.