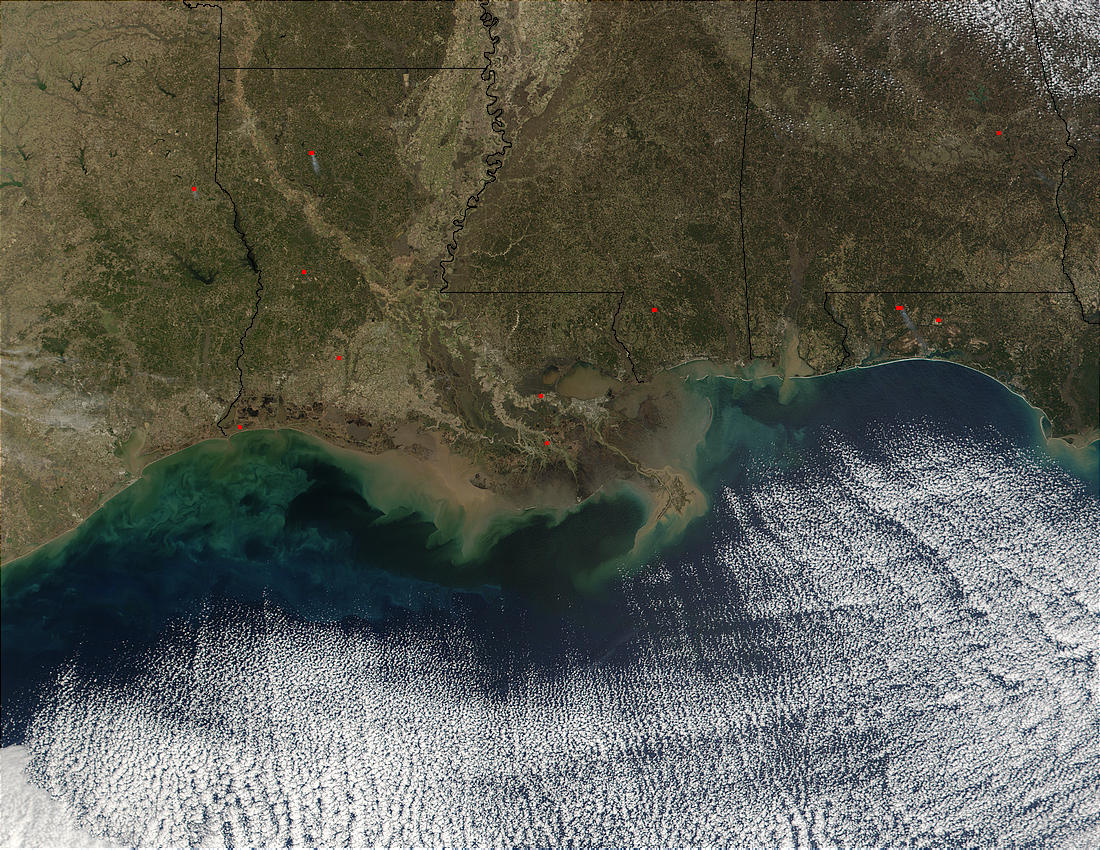 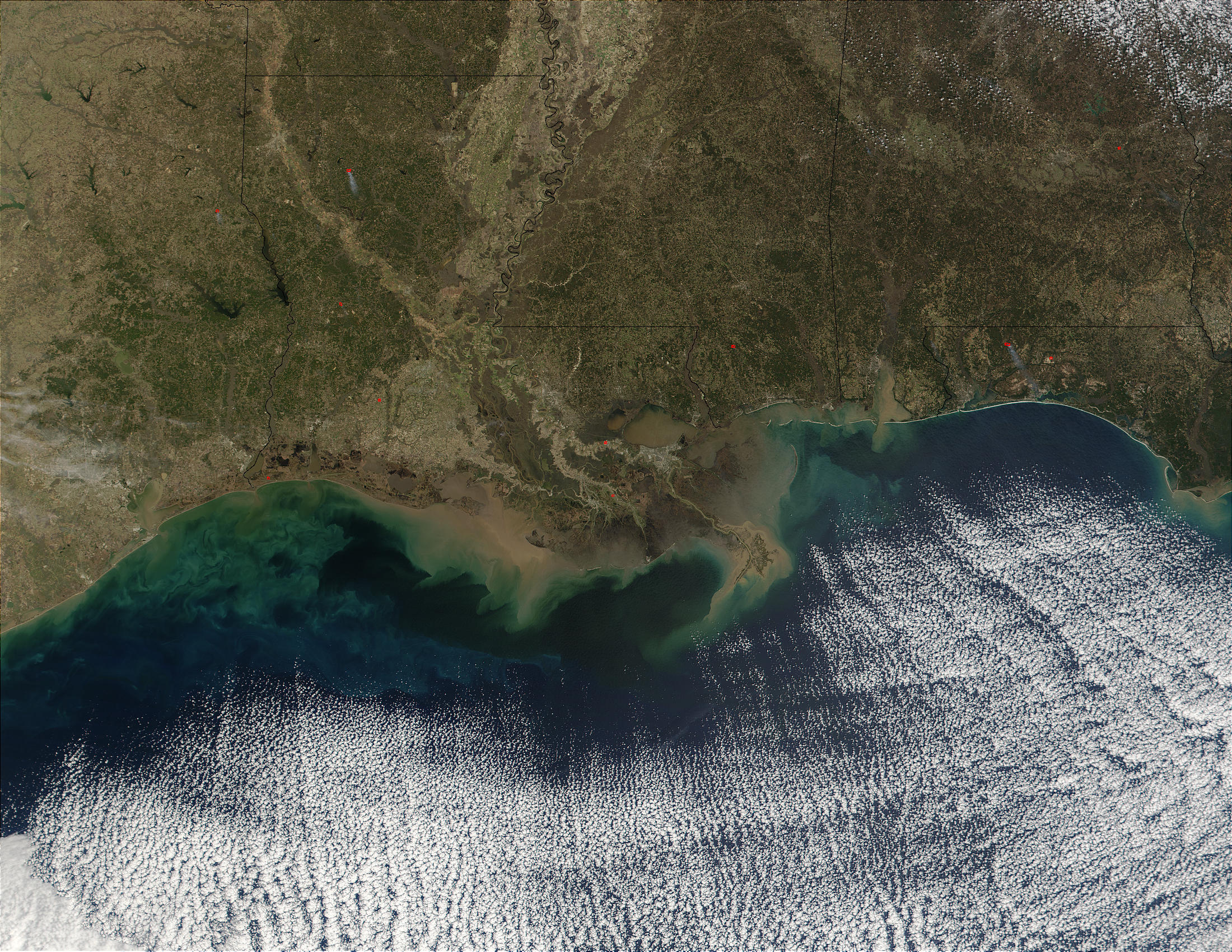 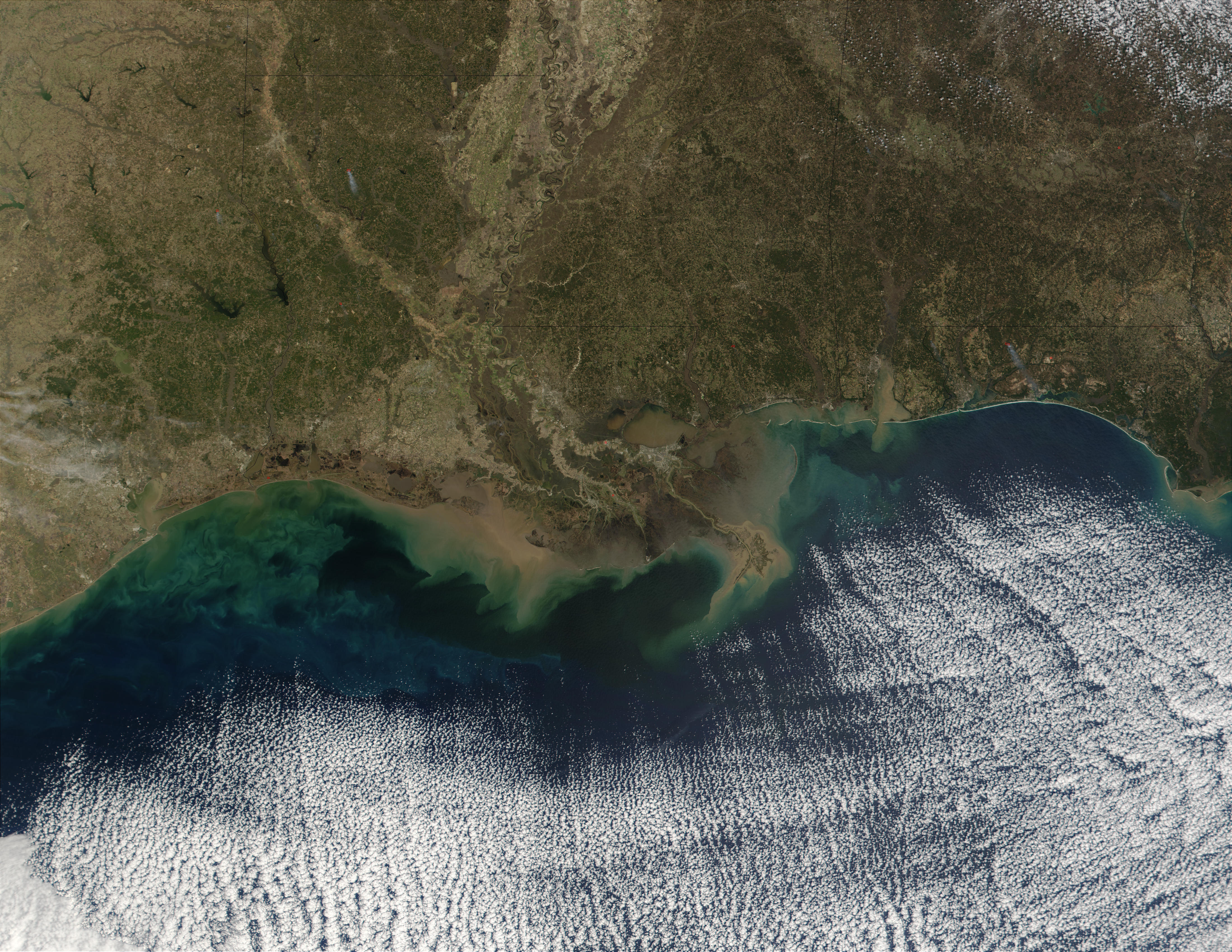 The streamers of clouds draped over the Gulf of Mexico in this true-color MODIS image from February 27, 2002, suggest that a cold, dry wind was blowing southward over the United States and began to pick up moisture over the Gulf, causing these strips of clouds. That the clouds didn't pick up until some distance from the coastline allowed MODIS to get a perfect view of the dynamic Gulf Coast environment spanning (left to right) Texas, Louisiana, Mississippi, Alabama, and Florida's Western Panhandle.

The Mississippi River runs roughly down the center of the image, and is joined in Louisiana by the Red River coming in from the northwest. Over the past 7000 years, the actual delta, where the main river channel empties into the Gulf, has wandered around what we now think of as the Louisiana coast. Considering all the sediment visible in this image, it's not hard to imagine that the river carries about 2.4 billion kilograms of sediment into the Gulf each year. Deposition of some of this sediment has been building up the current delta, called the Birdfoot Delta, for obvious reasons, for about 700 years.

The coastal waters are alive with microscopic organisms called phytoplankton, which contain colorful pigments, including chlorophyll, for harvesting sunlight. Beyond the sediment plume off Louisiana, the waters are very dark, which could indicate that a large amount of chlorophyll is present, absorbing lots of sunlight and causing the water to appear dark. Farther south, the waters appear bright blue, which could be a signature of coccolithophores, which use highly reflective calcium carbonate to build scaly coverings for themselves. The brighter offshore waters could also be caused by a blue-green algae called Trichodesmium, an organism that can not only harness carbon dioxide for photosynthesis, but can also take nitrogen from the air and turn it into a form that can be used by living organisms.