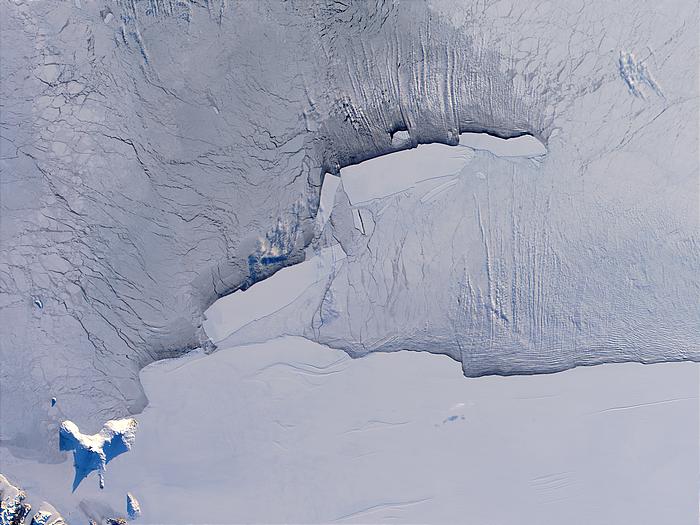 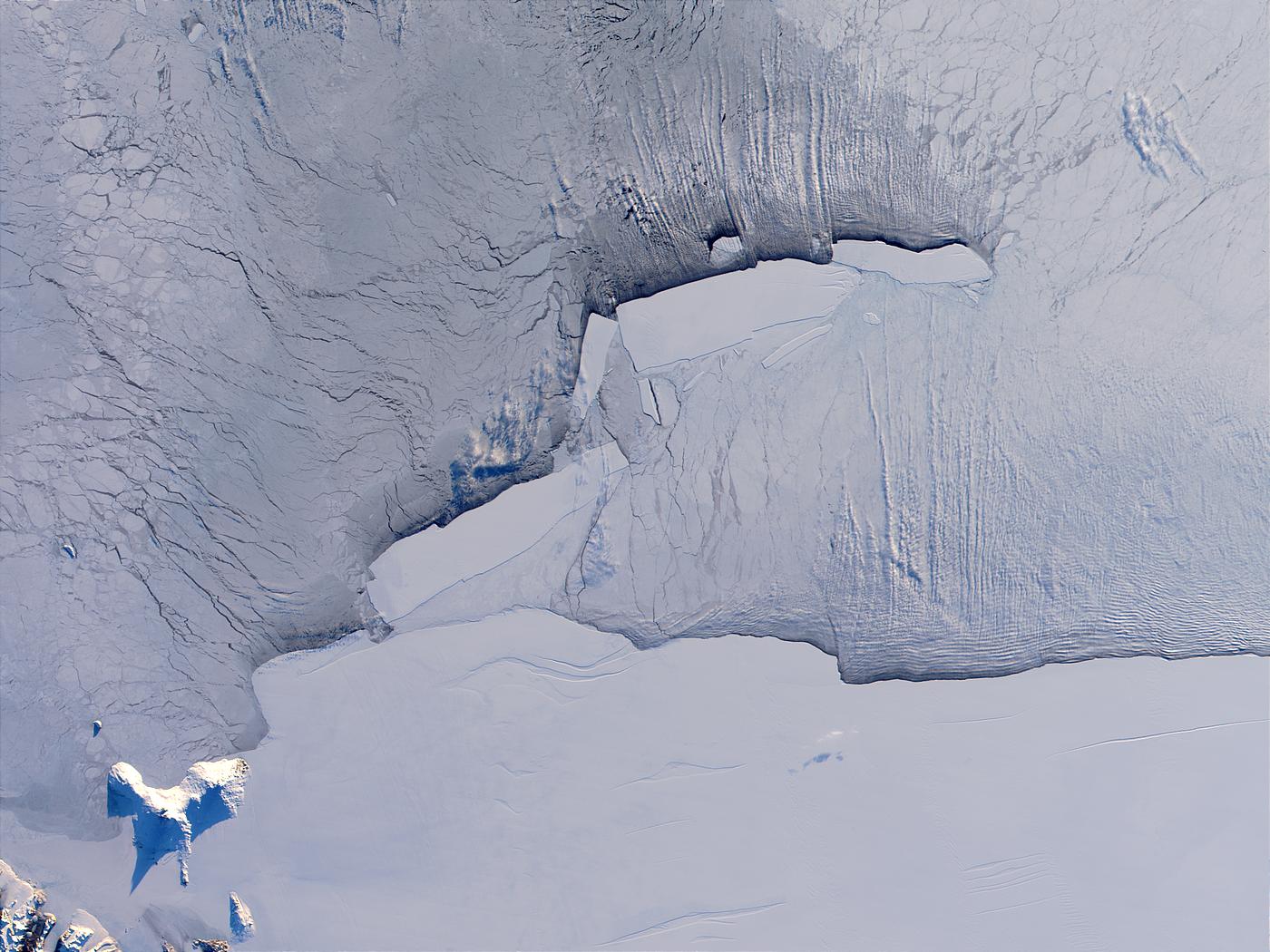 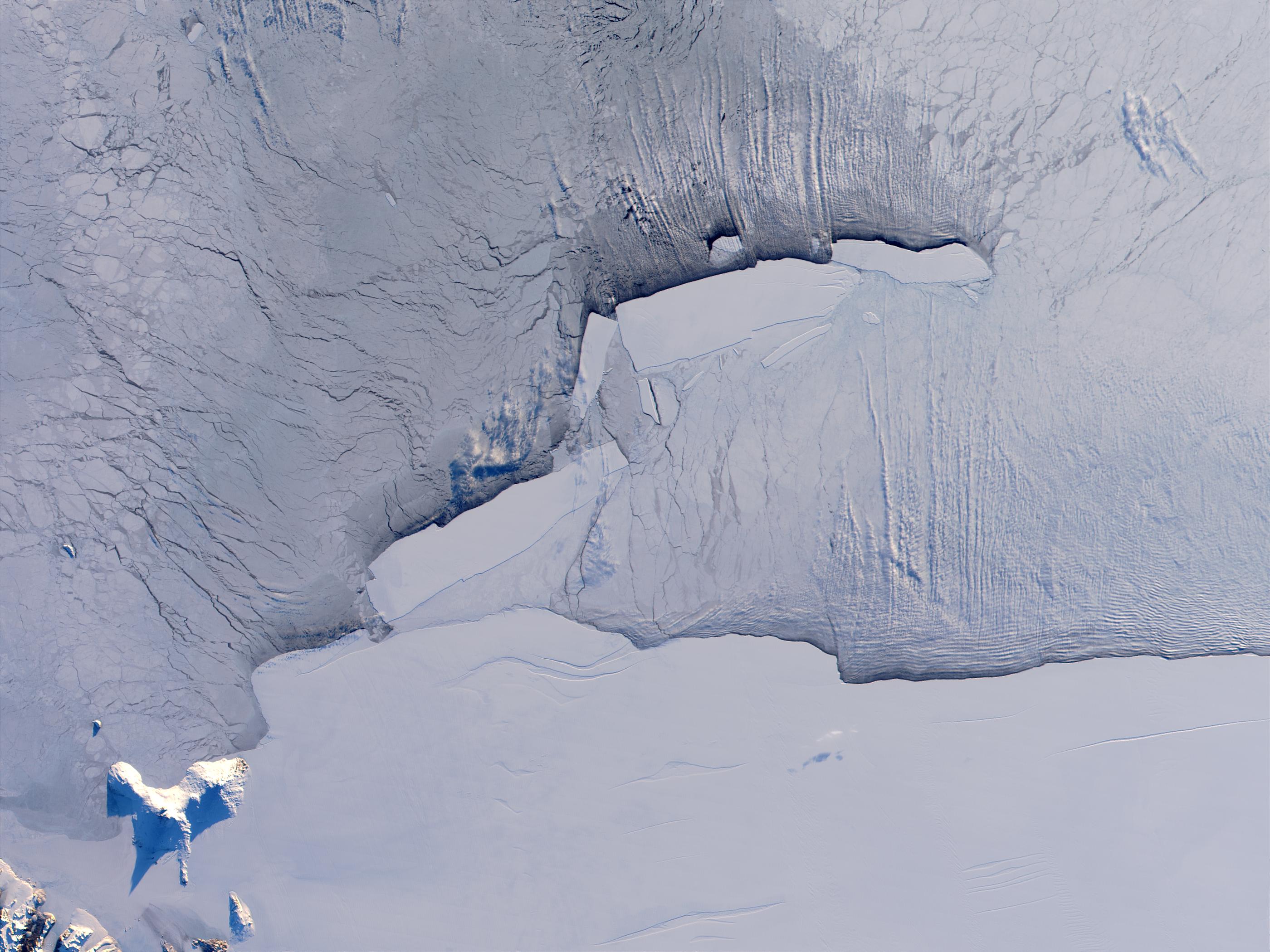 B-15 iceberg family in the Ross Sea, Antarctica

This true-color Moderate Resolution Imaging Spectroradiometer (MODIS) image from September 17, 2000, shows the B15 family of icebergs that calved off the Ross Ice Shelf in March of 2000, at the end of the Antarctic summer melt season. The enormous bergs were locked up in winter sea ice before they could drift very far that first season, but at the onset of the winter thaw, soon after this image was acquired, the bergs began to drift. The large, southernmost berg is B-15, and it eventually drifted over toward Ross Island, seen at the bottom left of the image. The amazing shadow being cast on the ground south of Ross Island is from Mt. Erebus.