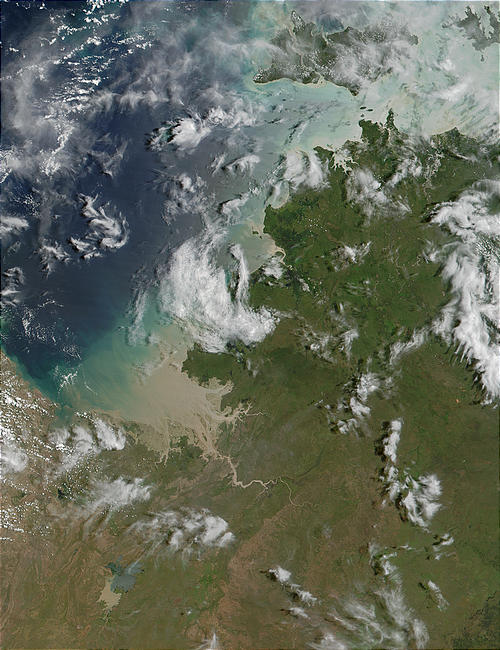 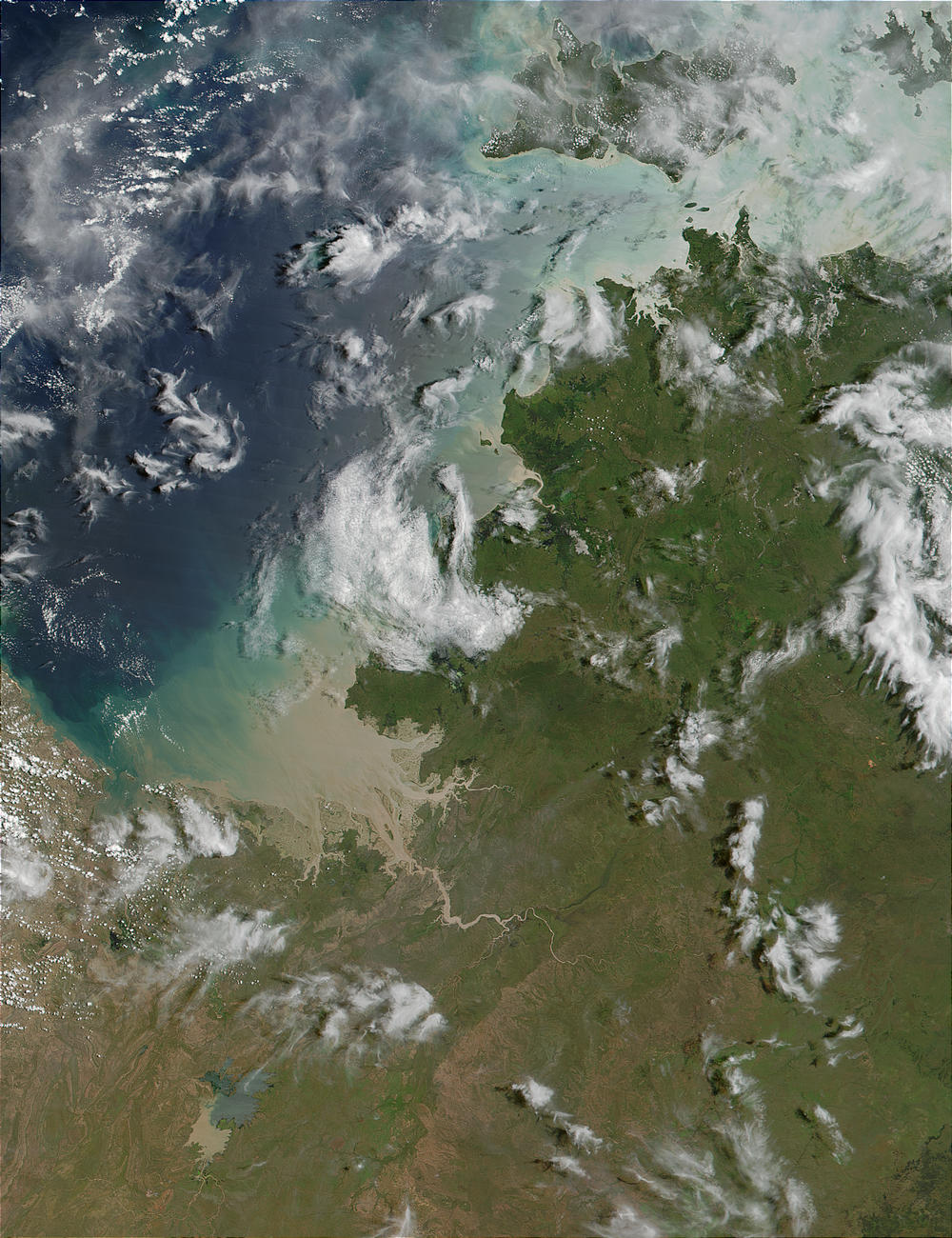 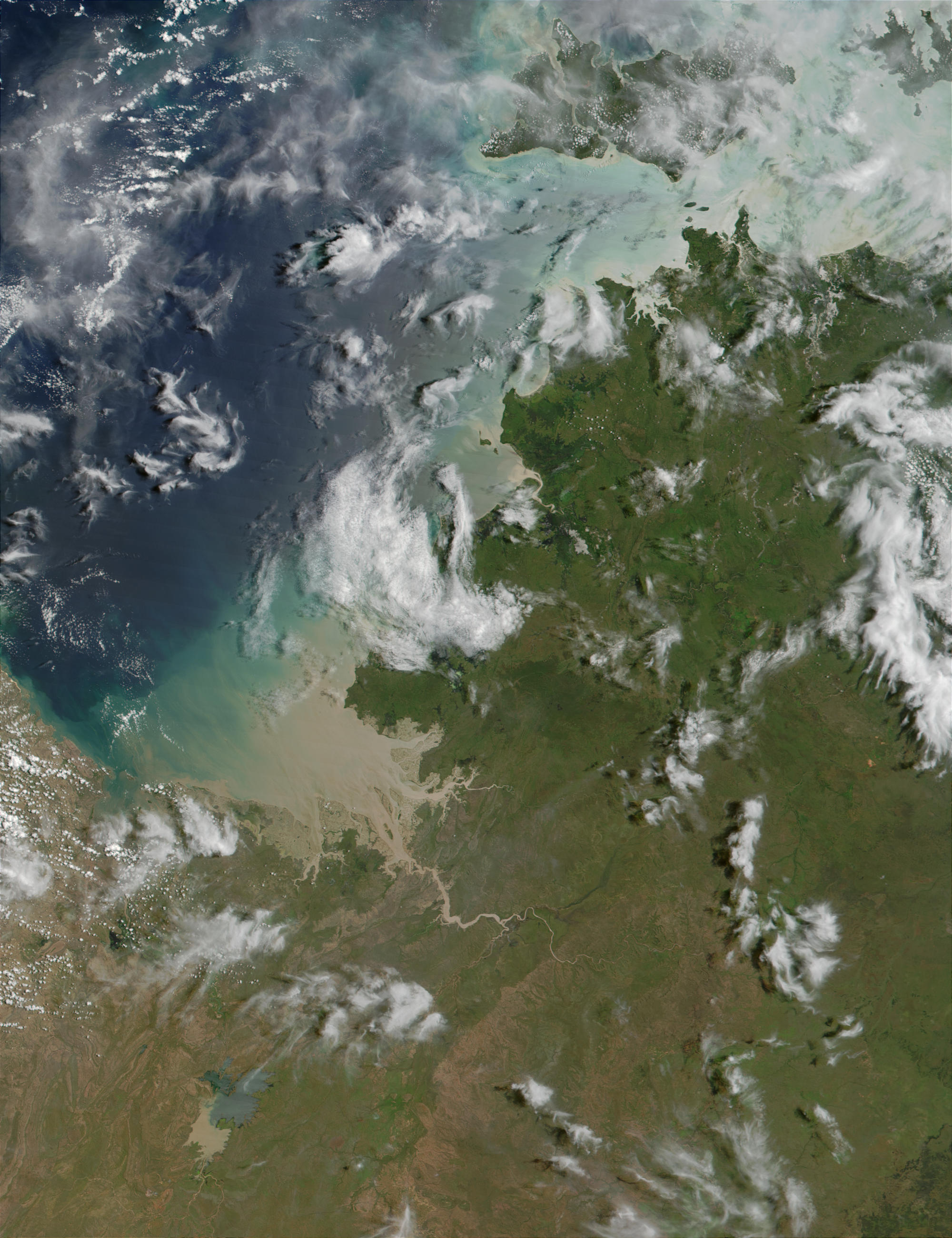 This series of true and false-color images show flooding in Northeast Australia at inlets to the Joseph Bonaparte Gulf in the Timor Sea. In the false-color images, the red-brown color represents water, while the bright green represents land. The light orange color is representative of clouds. In the true-color images, the water where the flooding occurs is a light tan color (due to sediment in the water), while the water farther out in the Joseph Bonaparte Gulf gradually turns more and more blue as the sediment disappears. The land is a mixture of light brown and green. In the images from March 3, 2002, the Cambridge Gulf (leftmost inlet) has risen above its banks and covered the surrounding lands. To the right of the Gulf, the lowlands along the coast have been saturated with water, especially near the Queen’s Channel and the Keyling Inlet (third from left and rightmost, respectively). In the images from March 5, 2002, many of the floodwaters have receded, though the land is still visibly highly saturated. In the false-color image, it is possible to see the normal size of the water channels as well as the flood extent. In the true-color image, more sediment has emptied into the Joseph Bonaparte Gulf, due to the water’s retreat. This image was complied from MODIS data acquired March 3, 2002, during Australia’s late summer.