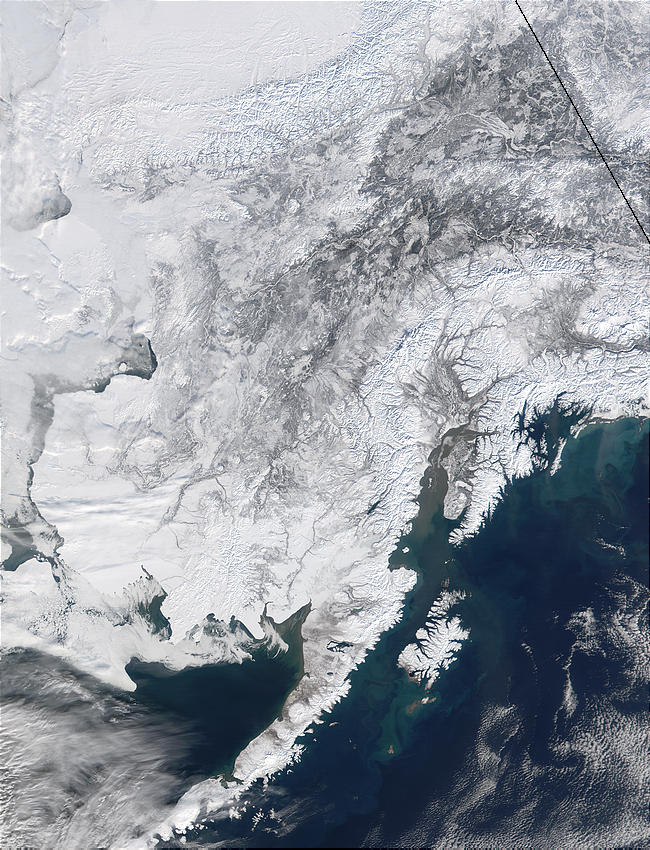 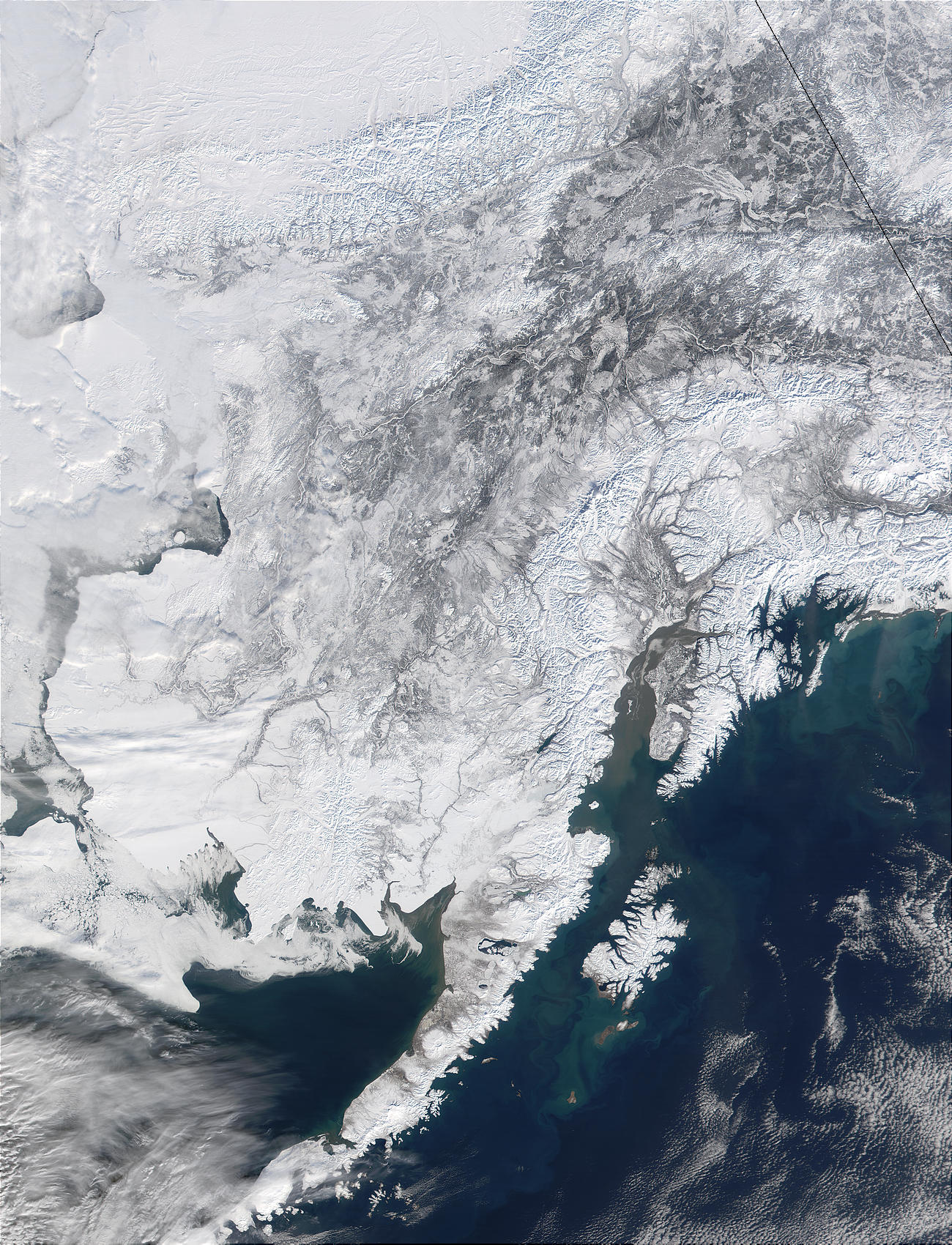 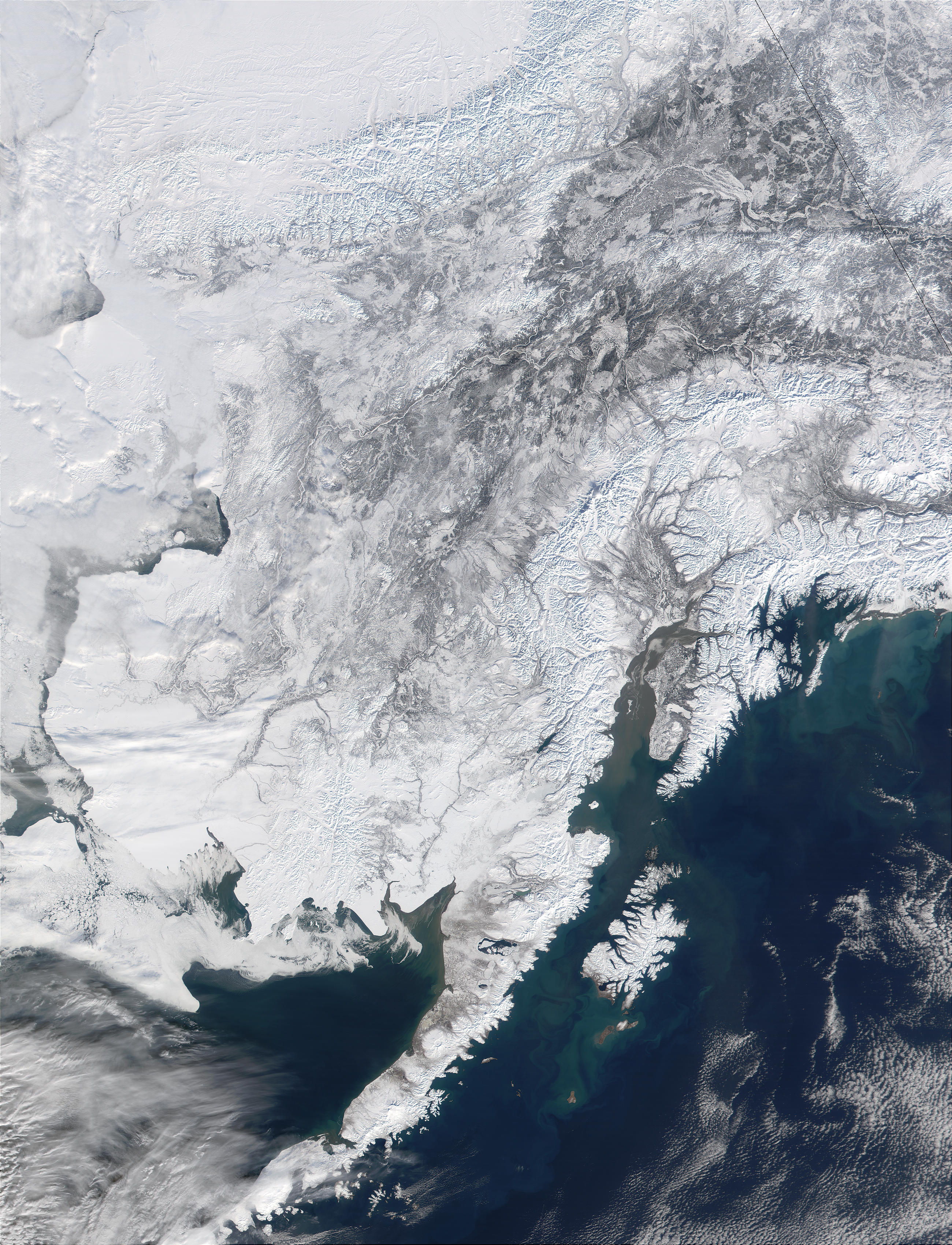 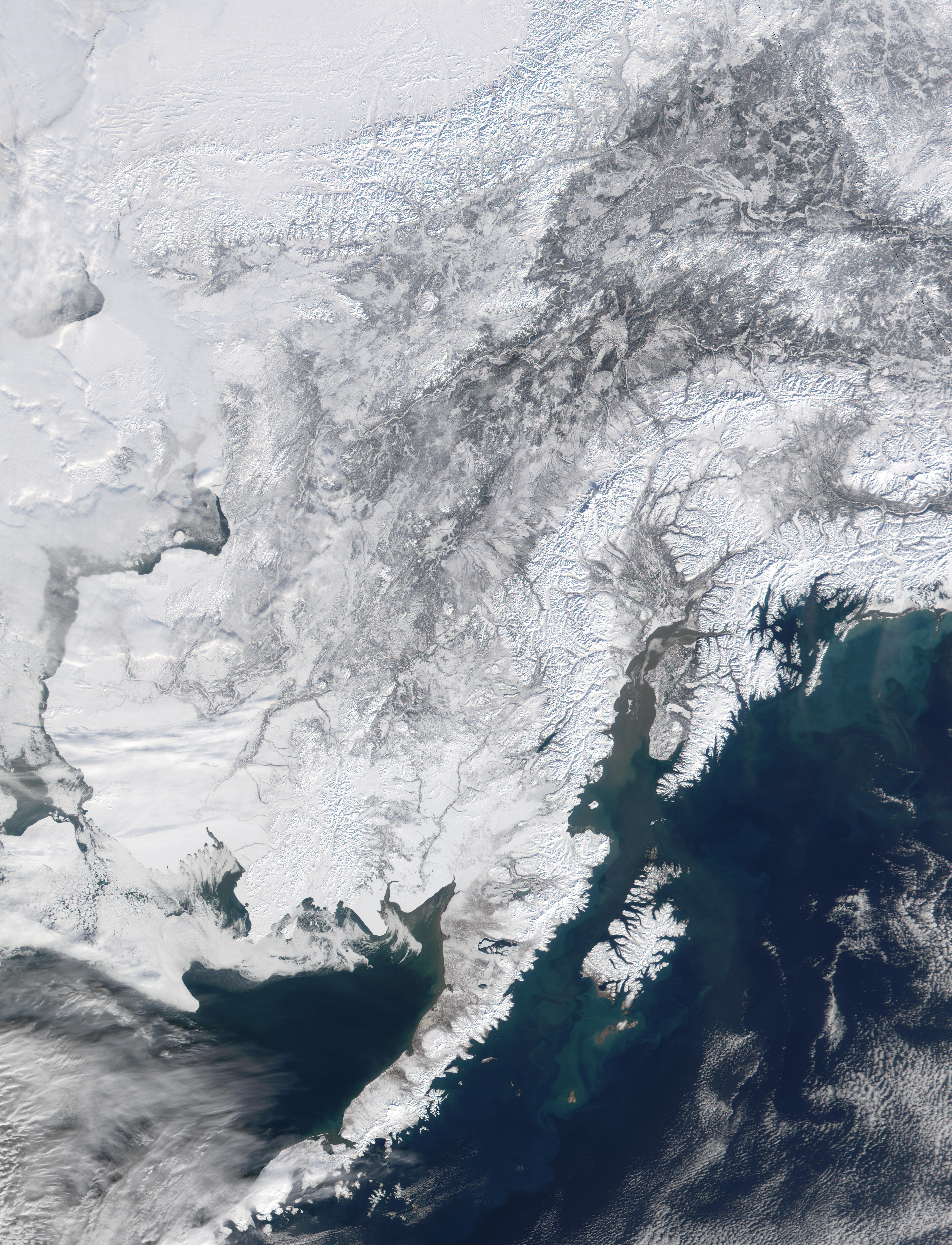 Though it's not quite spring, waters in the Gulf of Alaska (right) appear to be blooming with plant life in this true-color MODIS image from March 4, 2002. East of the Alaska Peninsula (bottom center), blue-green swirls surround Kodiak Island. These colors are the result of light reflecting off chlorophyll and other pigments in tiny marine plants called phytoplankton. The bloom extends southward and clear dividing line can be seen west to east, where the bloom disappears over the deeper waters of the Aleutian Trench.

North in Cook Inlet, large amounts of red clay sediment are turning the water brown. To the east, more colorful swirls stretch out from Prince William Sound, and may be a mixture of clay sediment from the Copper River and phytoplankton.

Arcing across the top left of the image, the snow-covered Brooks Range towers over Alaska's North Slope. Frozen rivers trace white ribbons across the winter landscape. The mighty Yukon River traverses the entire state, beginning at the right edge of the image (a little way down from the top) running all the way over to the Bering Sea, still locked in ice. In the high-resolution image, the circular, snow-filled calderas of two volcanoes are apparent along the Alaska Peninsula.

In Bristol Bay (to the west of the Peninsula) and in a couple of the semi-clear areas in the Bering Sea, it appears that there may be an ice algae bloom along the sharp ice edge (see high resolution image for better details). Ground-based observations from the area have revealed that an under-ice bloom often starts as early as February in this region and then seeds the more typical spring bloom later in the season.