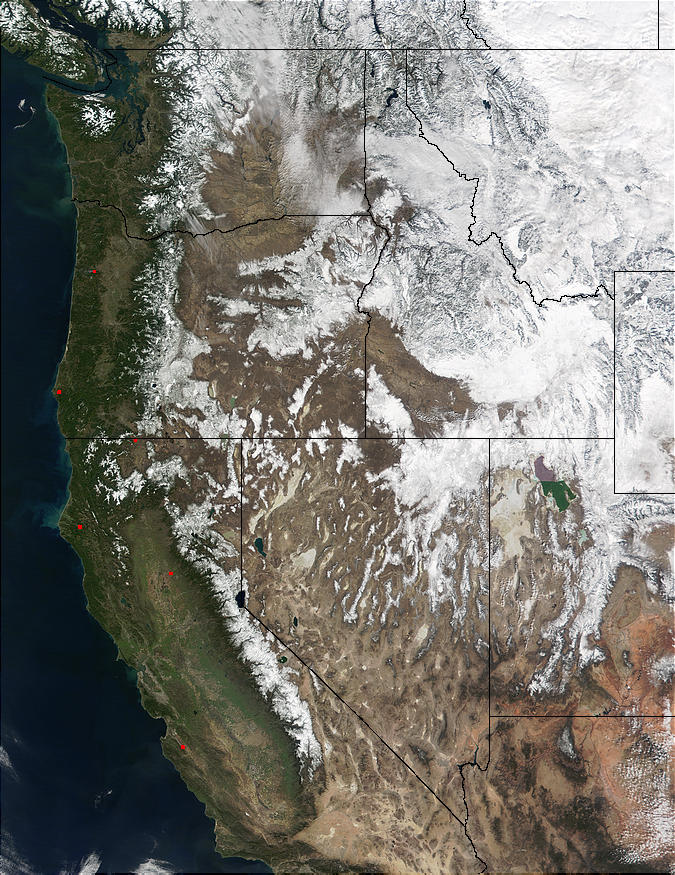 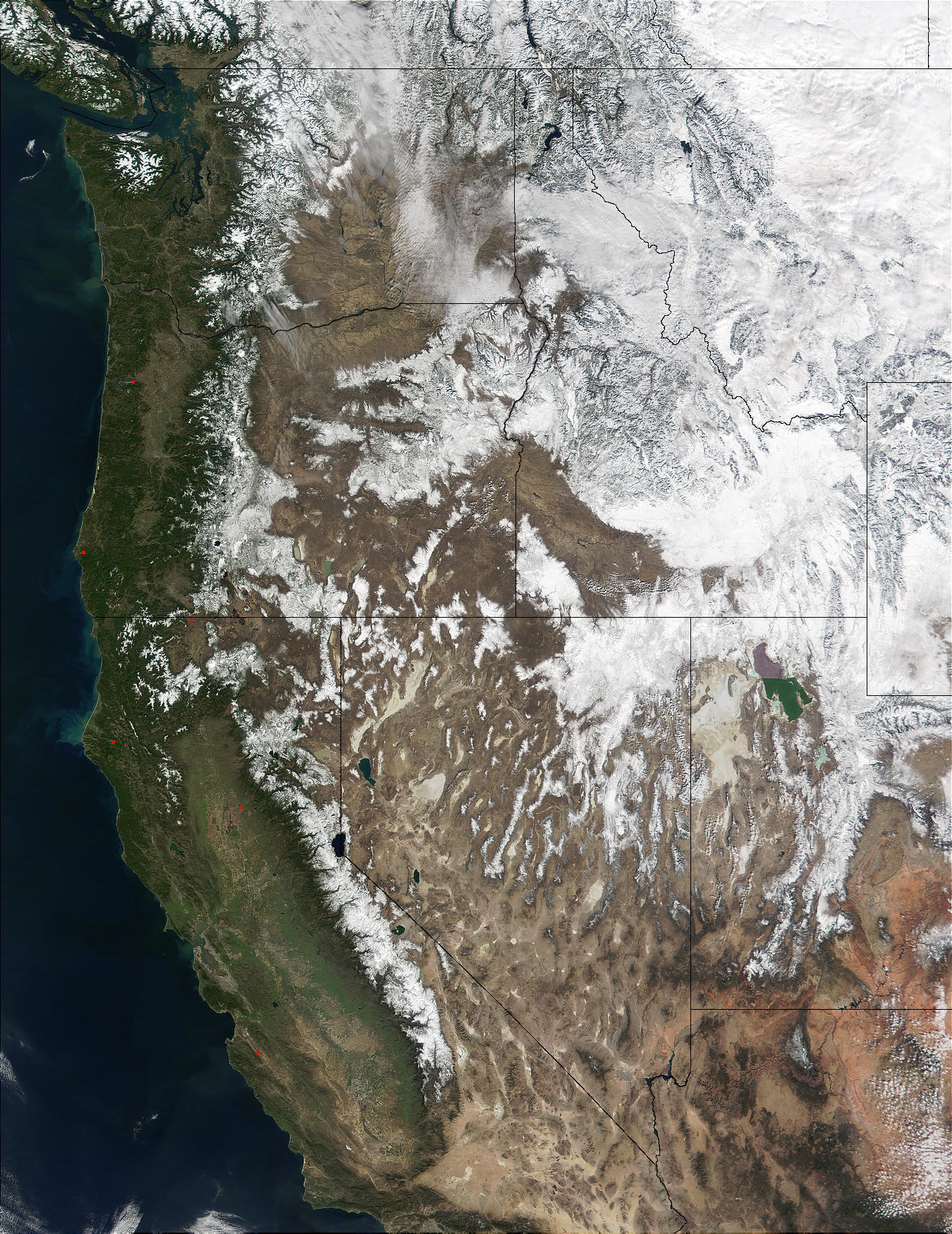 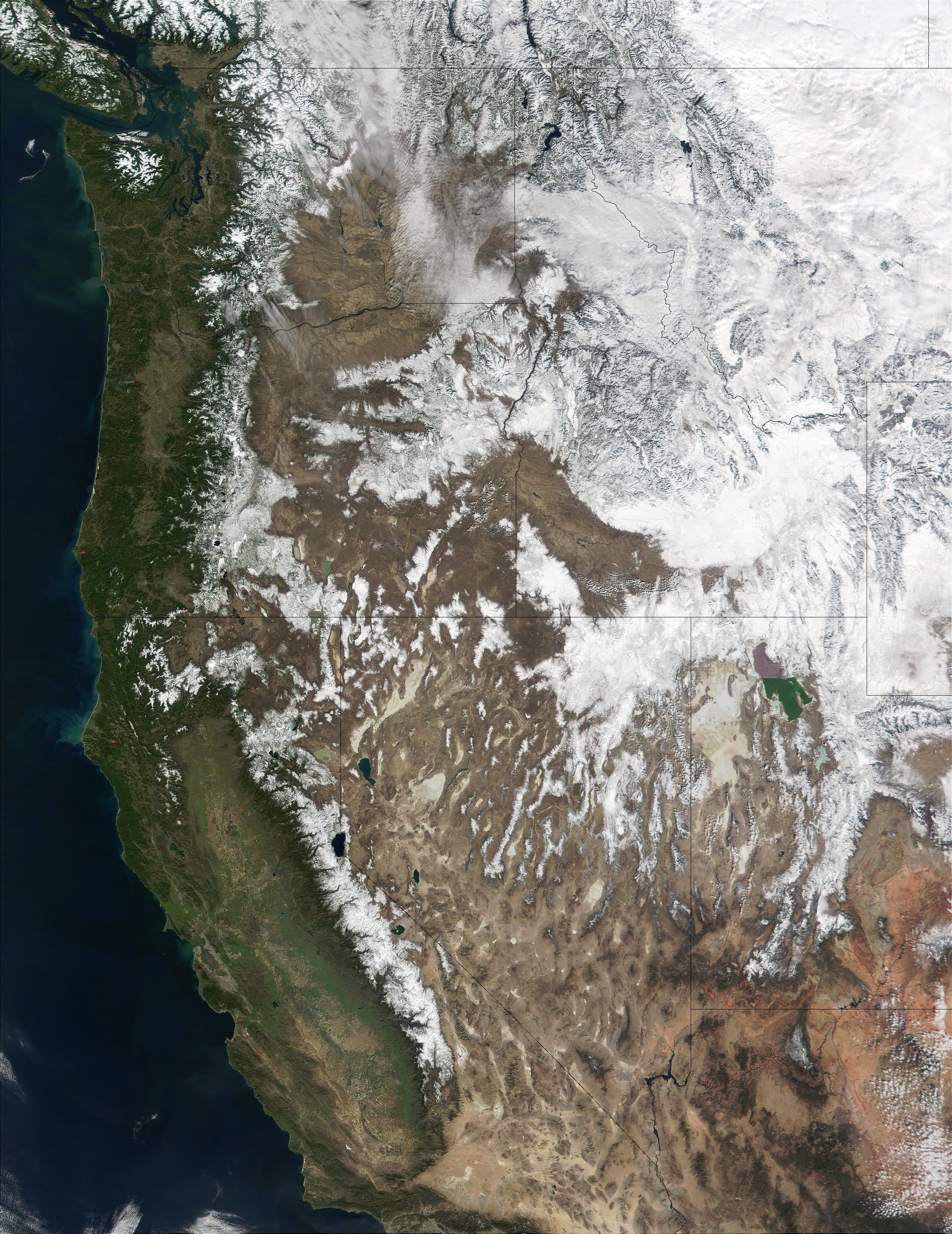 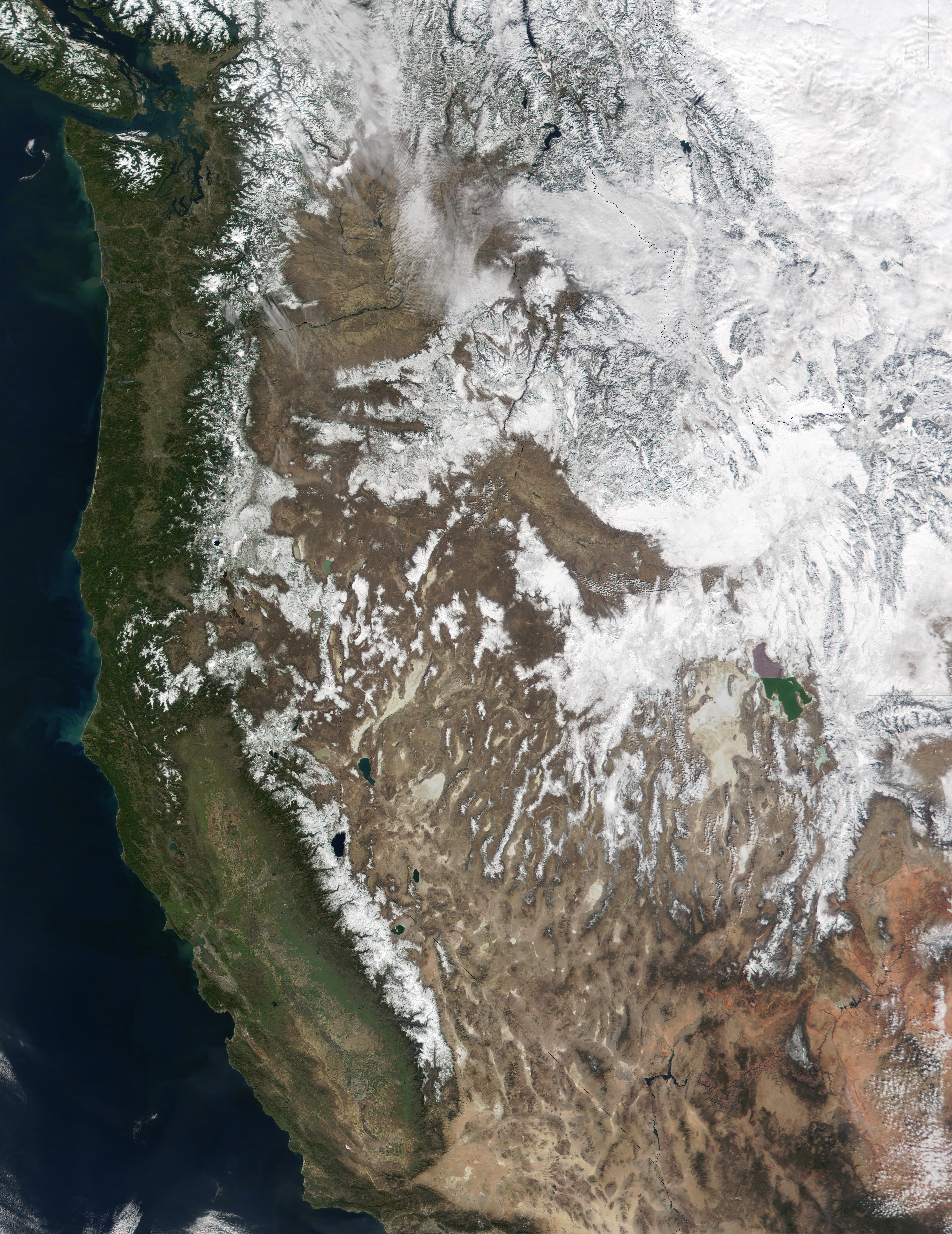 This MODIS image offers a rare clear-sky view over the western United States and the Pacific Coast on March 3, 2002. In the forests along the coast, MODIS detected several fires burning (indicated with red dots or outlines in the higher-resolution imagery) in Oregon and California.

Below and to the right of center, Utah's Great Salt Lake stands out from the snow. The purplish color in the northern half is caused by the presence of bacteria that thrive in the extremely saline water that was produced when the northern part of the lake was cut off from the southern (where the fresh water comes in) by the creation of a sand and rock railroad causeway. To the west and southwest of the lake is the Great Salt Lake Desert. In the lower right, a portion of the Colorado River can be seen cutting through the red rocks of the Colorado Plateau in Utah and south in Arizona.

In southern California, the pinkish-beige triangle of the Mojave Desert appears to bite into the Sierra Nevada Mountains south of the fertile San Joaquin Valley, north of Las Angeles.