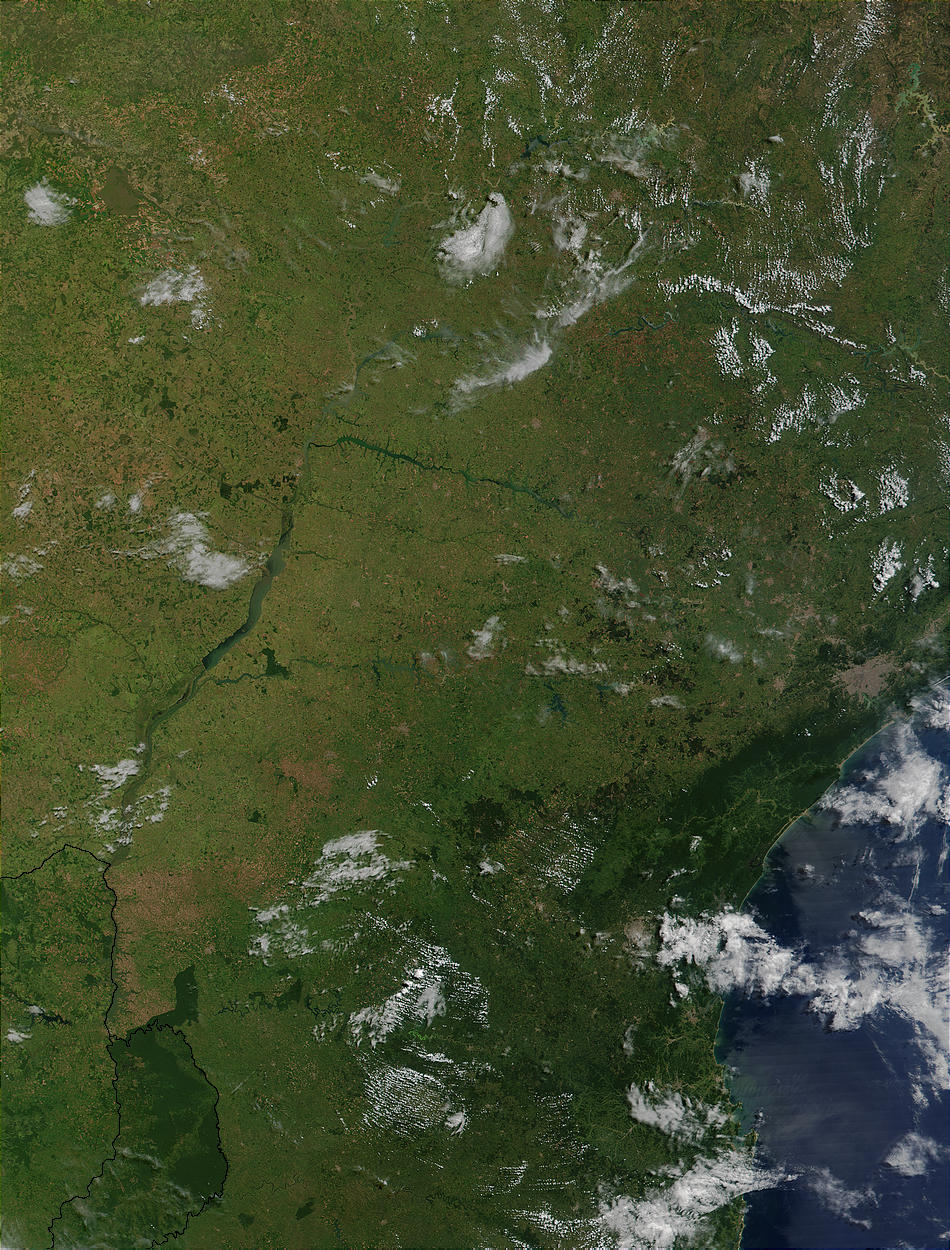 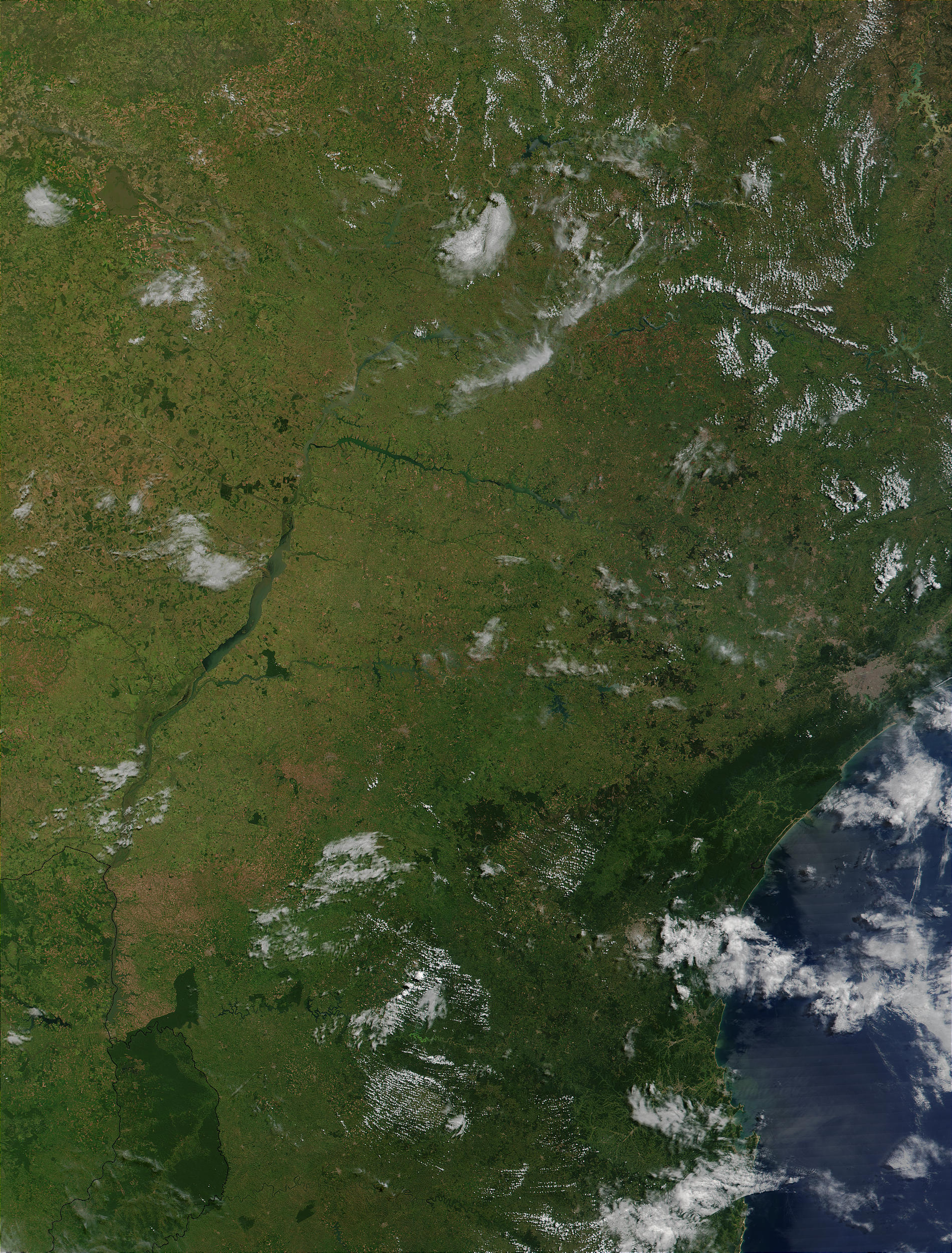 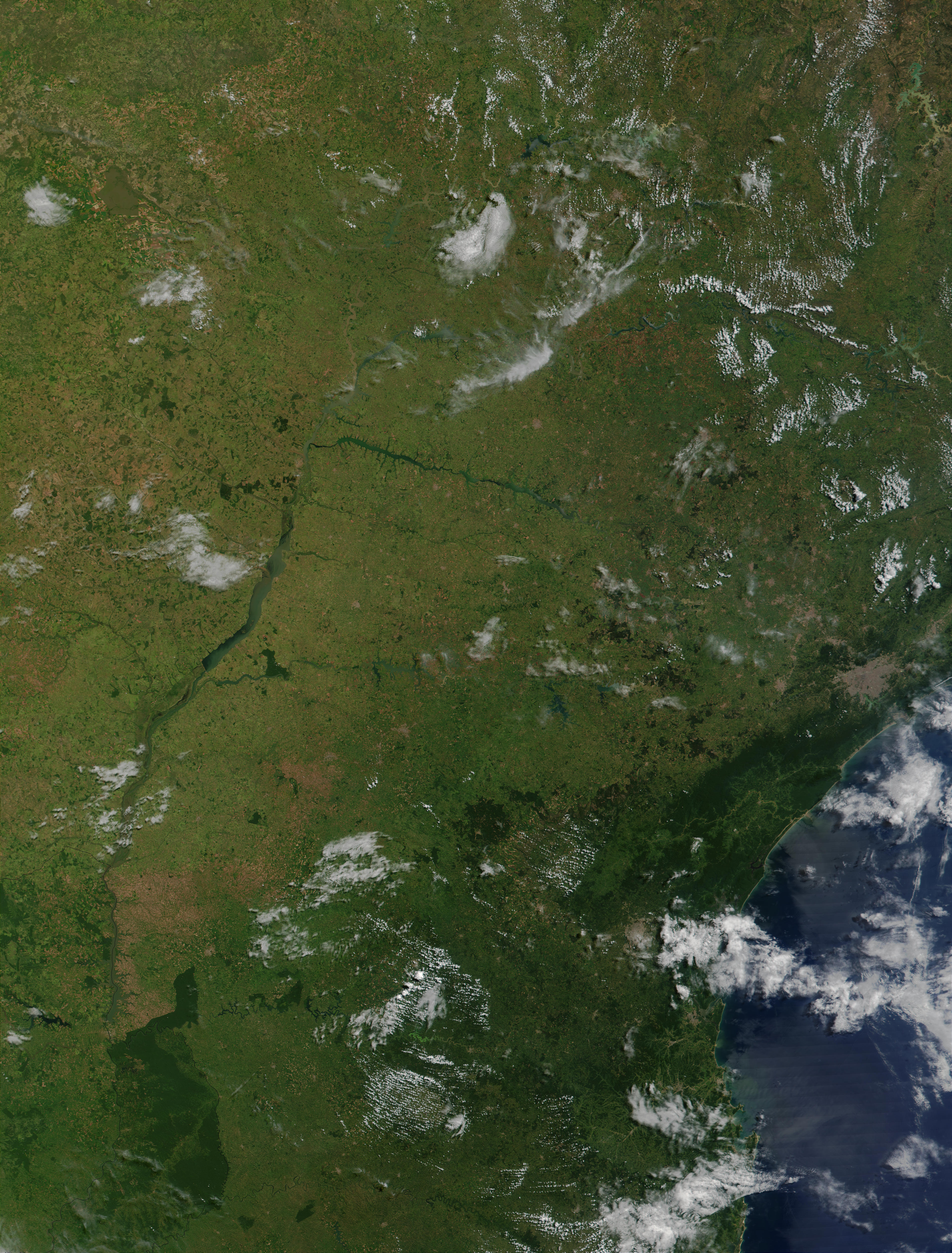 The peninsular, northeastern arm of Argentina is home to some of the last remaining remnants of a South American ecosystem known as Atlantic Rainforest, which used to run all along Brazil's coast from the state of Rio Grande Do Norte thousands of miles south to Rio Grande Do Sul. This MODIS image of southeastern Brazil shows the Misiones region of Argentina (lower left), where the original Atlantic Forest veered inland from the coast. Portions of the forest can be seen along the coast between the cities of Sao Paulo (brownish patch at the right center of the image) and Curitiba, to the southwest.

According to thematic maps published in the 1970s, the original forest would likely have covered the entire area east of a line drawn diagonally from the tip of the Misiones region up to the top right corner of the image.

Distinct from the Amazon Rainforest, the forests have some of the highest rates of biodiversity and endemic species (species found only in a particular location) known in the world despite the fact that, by most estimates, the forest covers only 5-8% of its original extent. The forest and many, though not all, of the plants and animals it contains remained distinct from the Amazon Rainforest farther north because they were separated by the Cerrado, a drier area of tropical savanna and grassland on Brazil's central plateau. Much of the area in the upper left corner of this image is Cerrado.