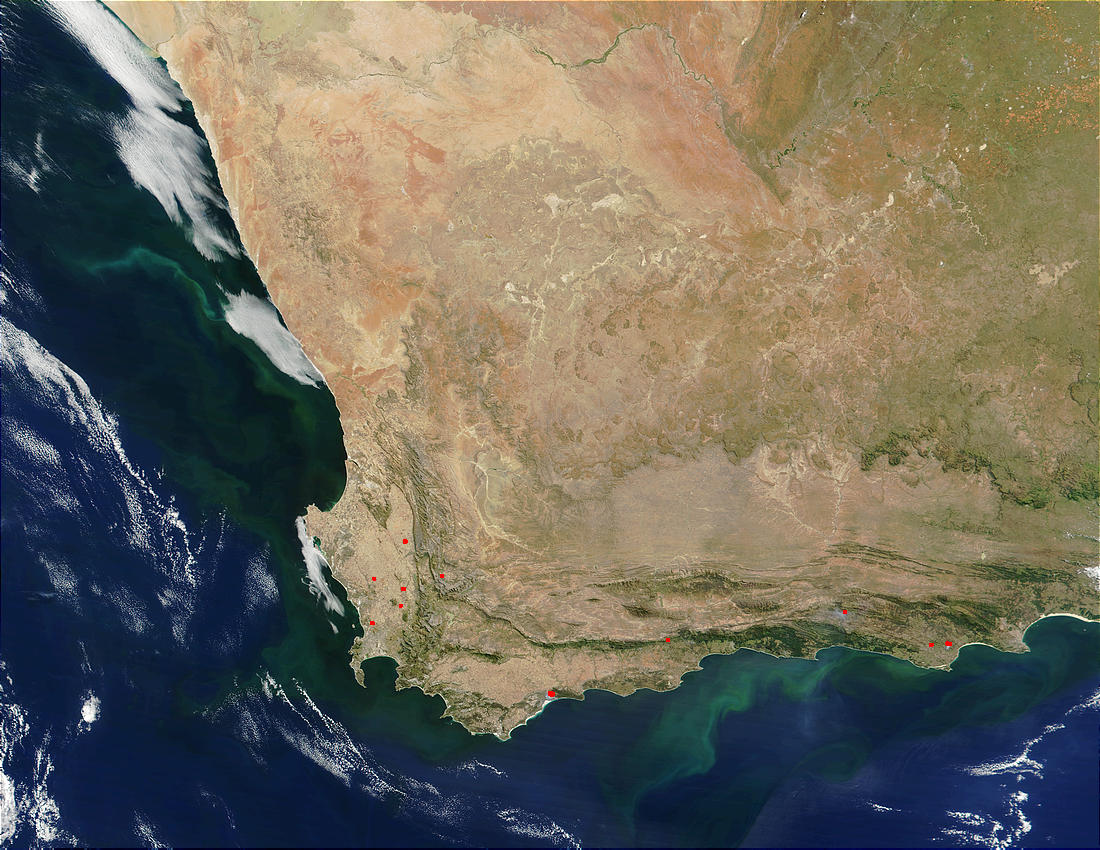 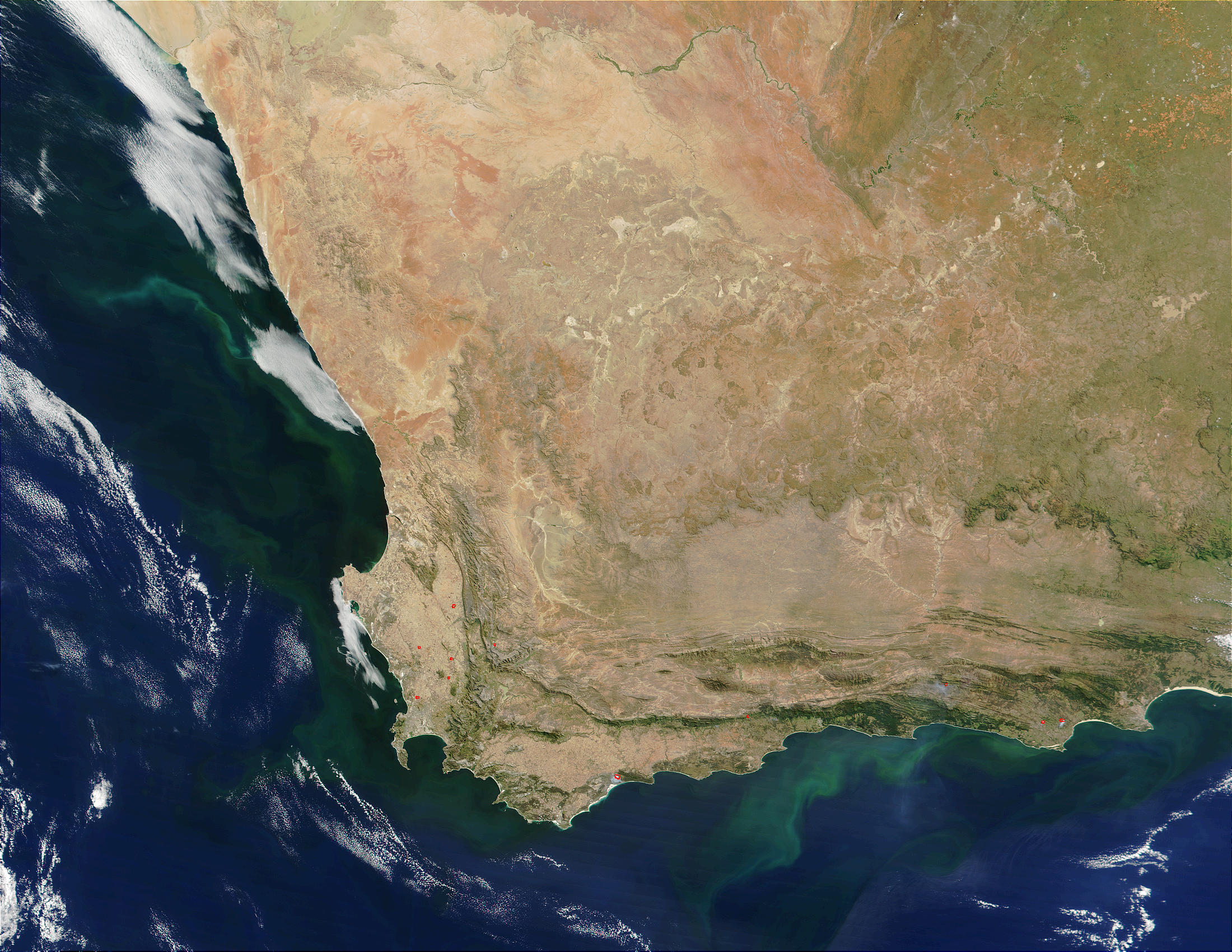 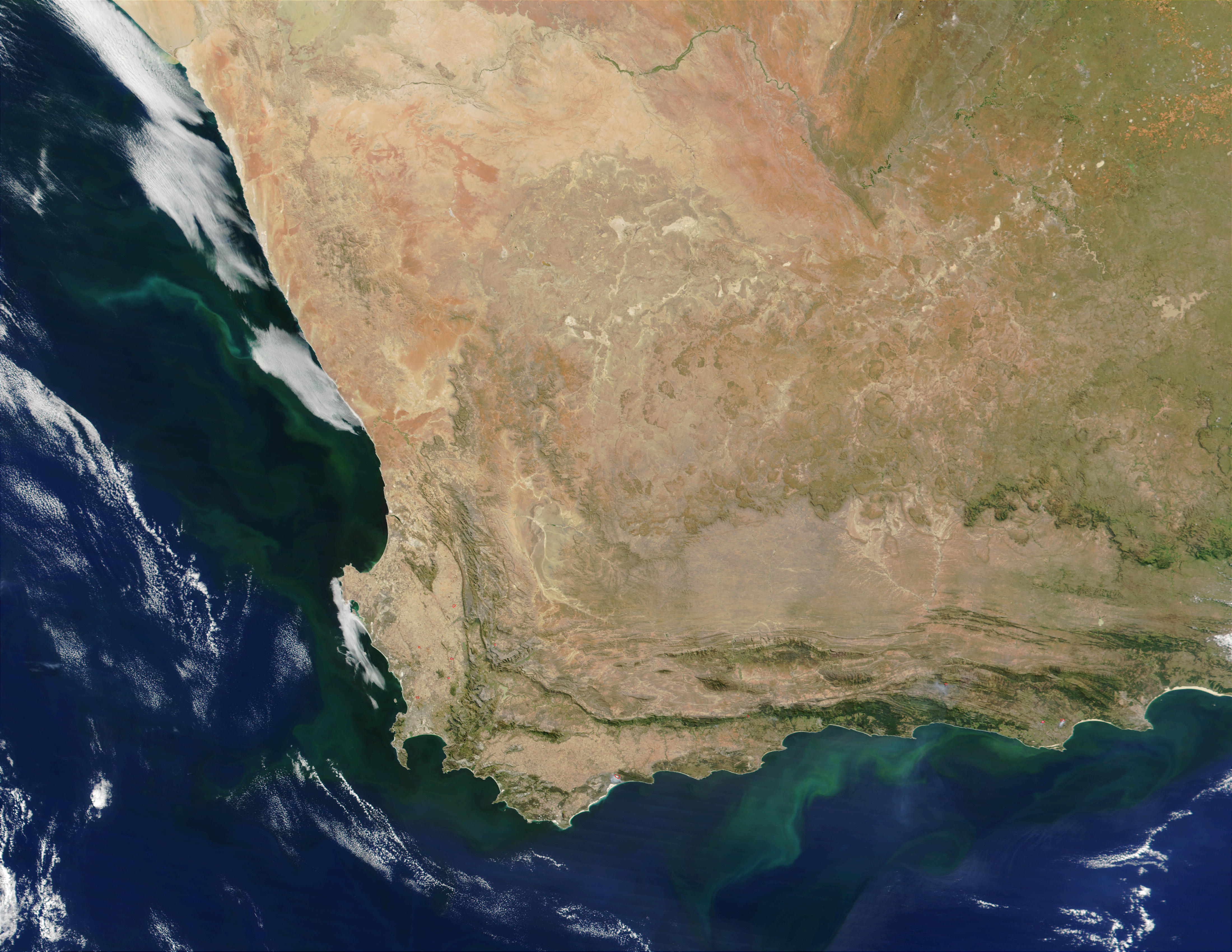 A phytoplankton bloom originally imaged by MODIS on March 8, 2002, was still occurring off the southern and southwestern coast of Africa on March 15, 2002. Colorful swirls of microscopic marine plants can be seen in the Atlantic coastal waters stretching southward from the Namib Desert (upper left) and rounding the Cape of Good Hope (horseshoe-shaped peninsula at lower left). What appears to be a separate bloom is stretching out from the southern coastline. Several fires have been detected by MODIS and are indicated with red dots.