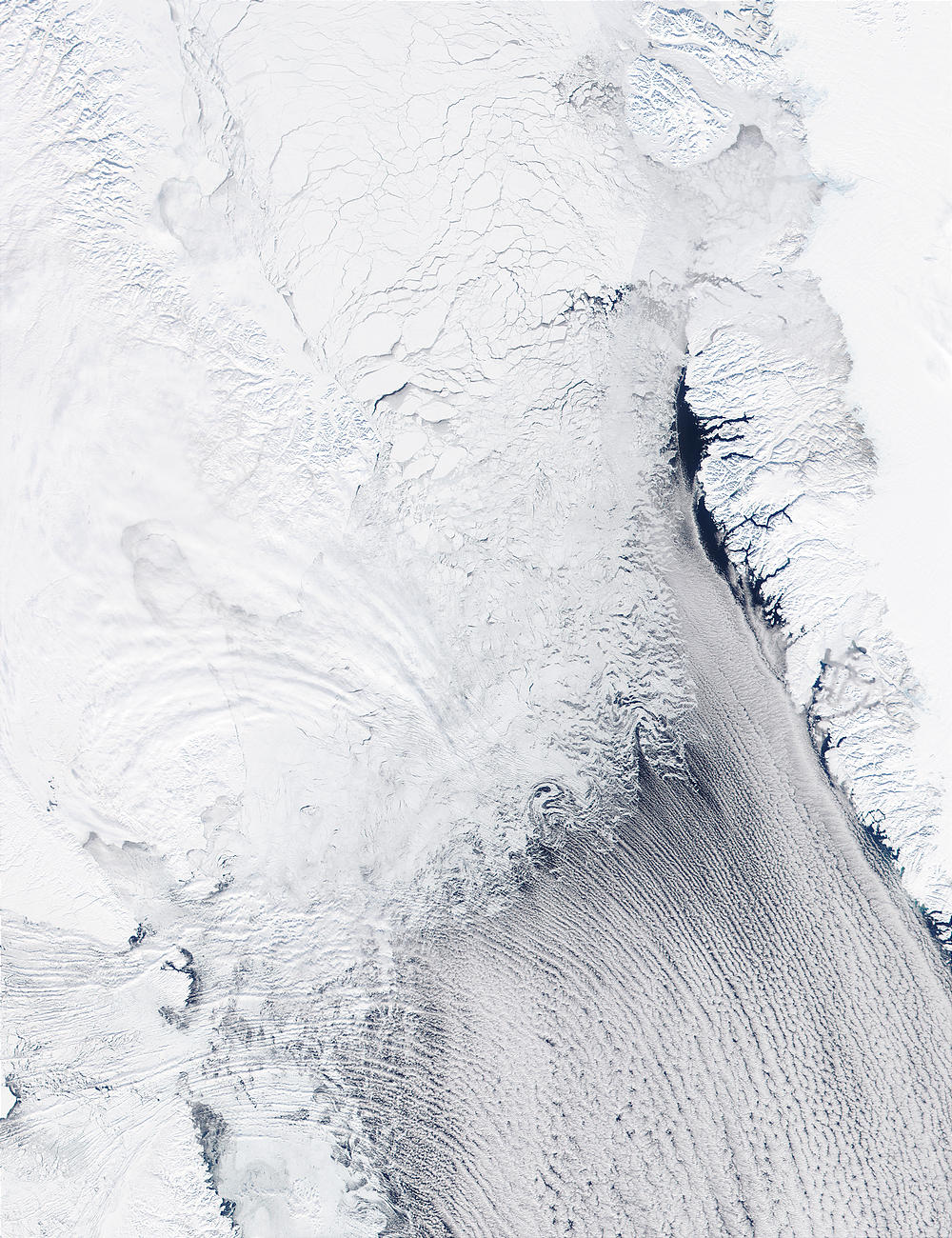 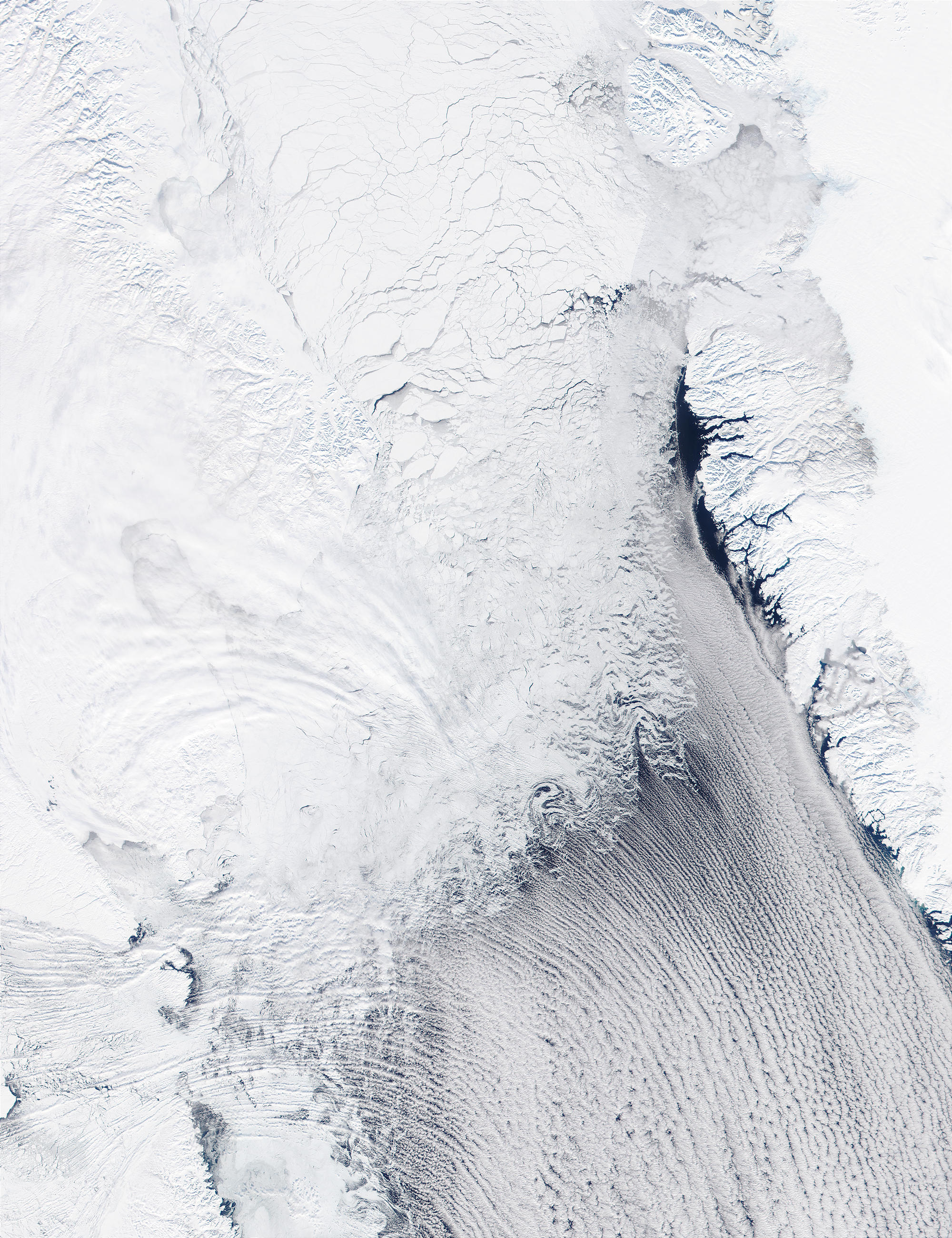 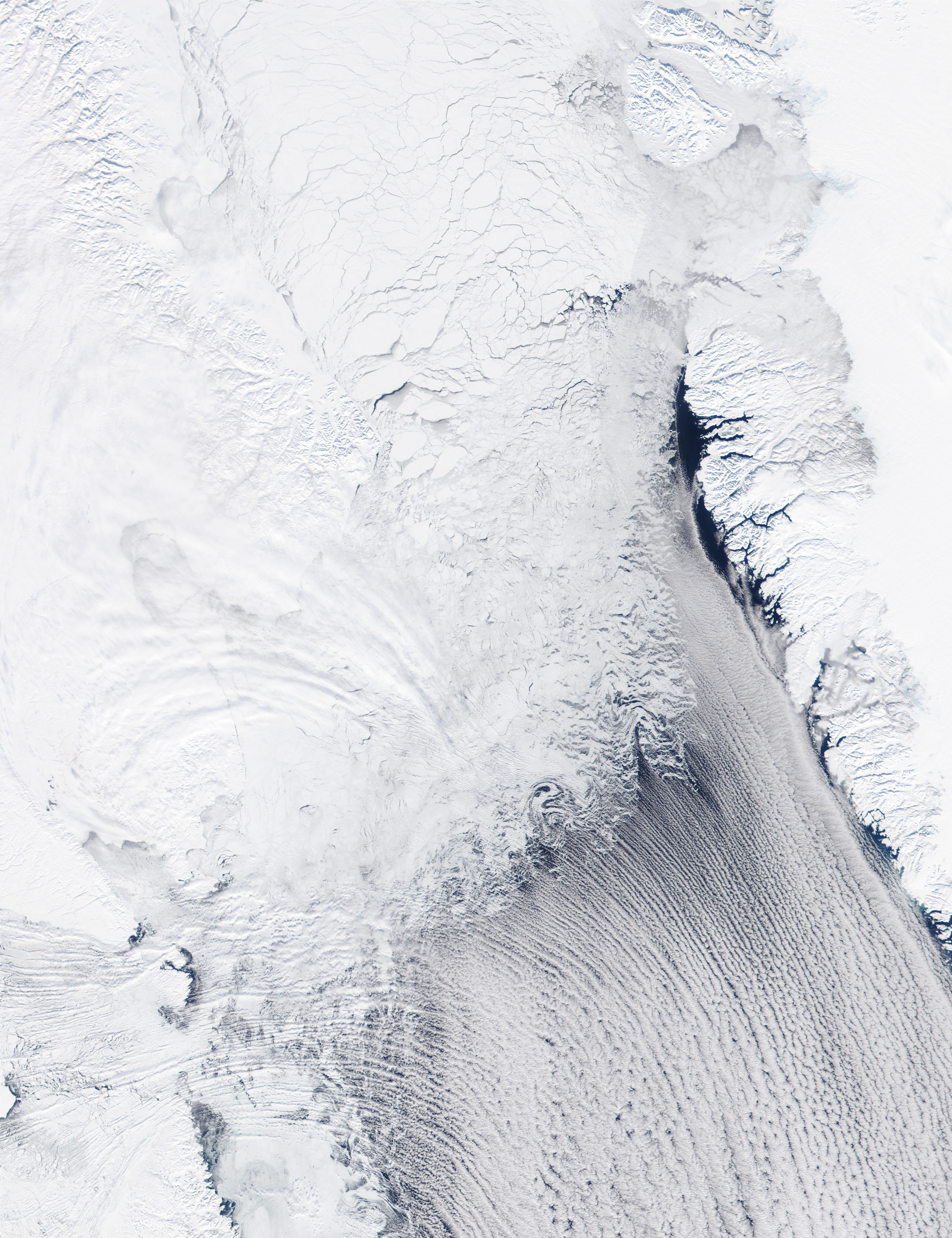 Between southeast Greenland (right) and Baffin Island Canada (left) lies the Davis Strait. The Strait connects the Labrador Sea (Atlantic Ocean) in the south with Baffin Bay to the north. Two different currents flow through the Strait, and their sharp temperature contrasts are easily recognized by the difference in sea ice concentration between the eastern and western sides of the passage. In late March 2002, when this series of MODIS images begins, winter ice is still blocking much of the northern portion of the Strait, but beneath the streamers of clouds, it.s clear that the water is opening up on the east more than the west. This is due to the effect of the cold, often iceberg-filled water of the Labrador Current flowing southward along the Canadian coastline, while warmer waters from the northern reaches of the North Atlantic Drift intrude into the eastern portion of the Strait. The streamers of clouds seen in many of the images in this series are referred to as "cloud streets." They are formed when cold, in this case Arctic, air moves over areas of warmer, open water. Usually the streets are aligned in the direction of a low-level wind, with rotating vortices of air and the associated turbulence giving rise to the interesting cloud patterns. This series of images begins on March 18, 2002, and ends on April 23. It shows the incremental thawing of the Strait brought about by warming spring temperatures.