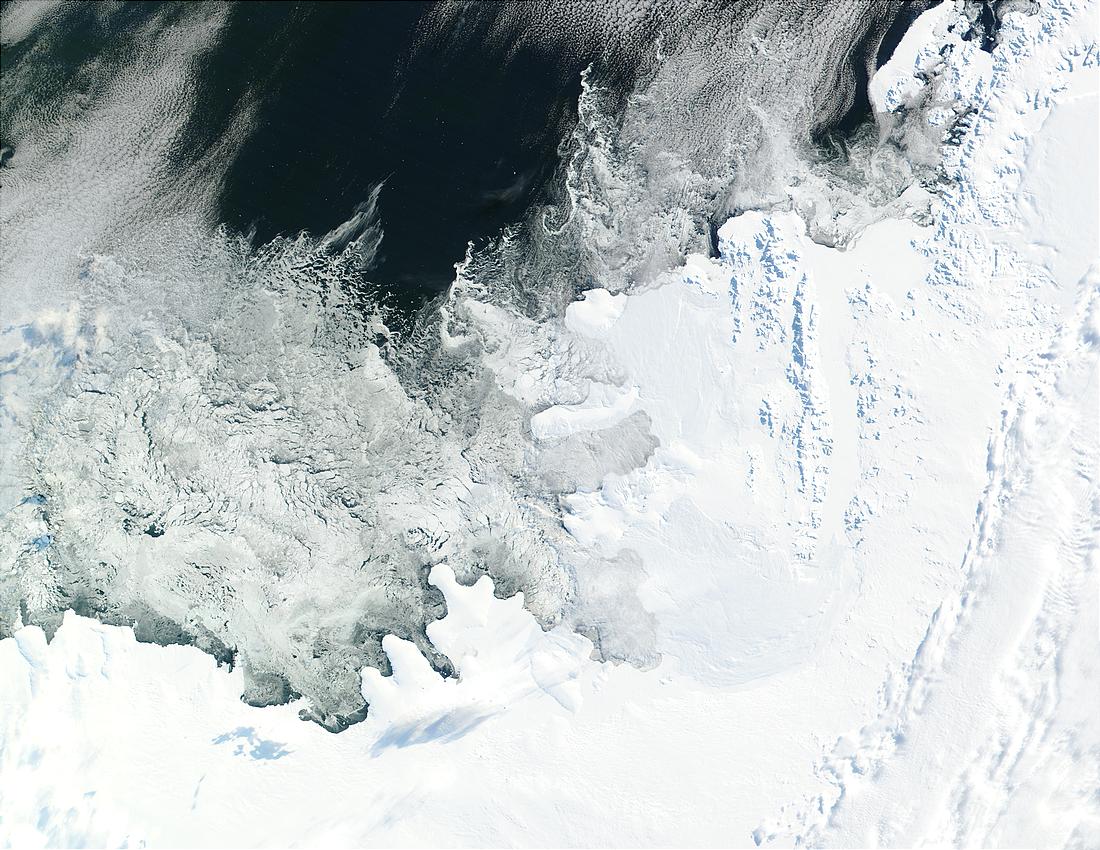 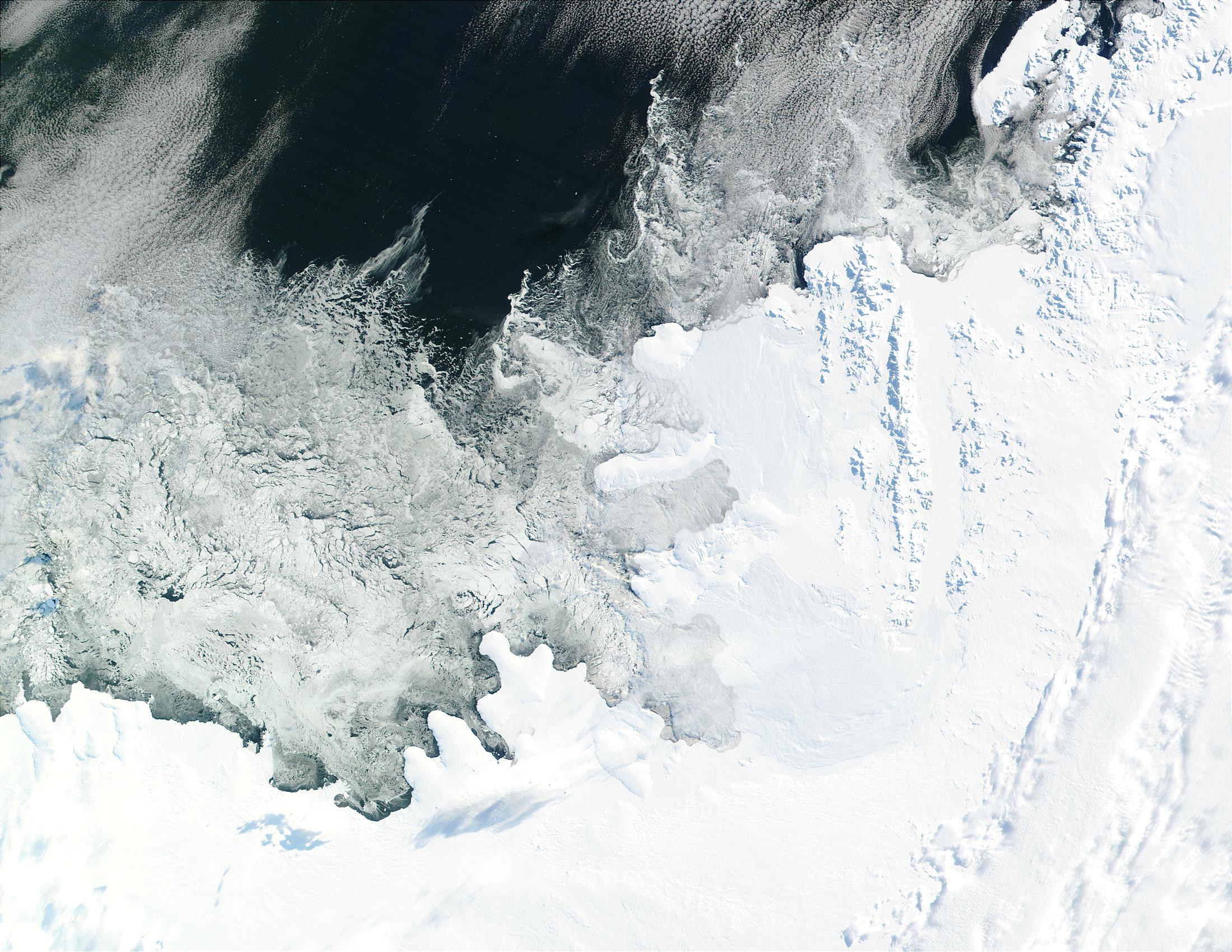 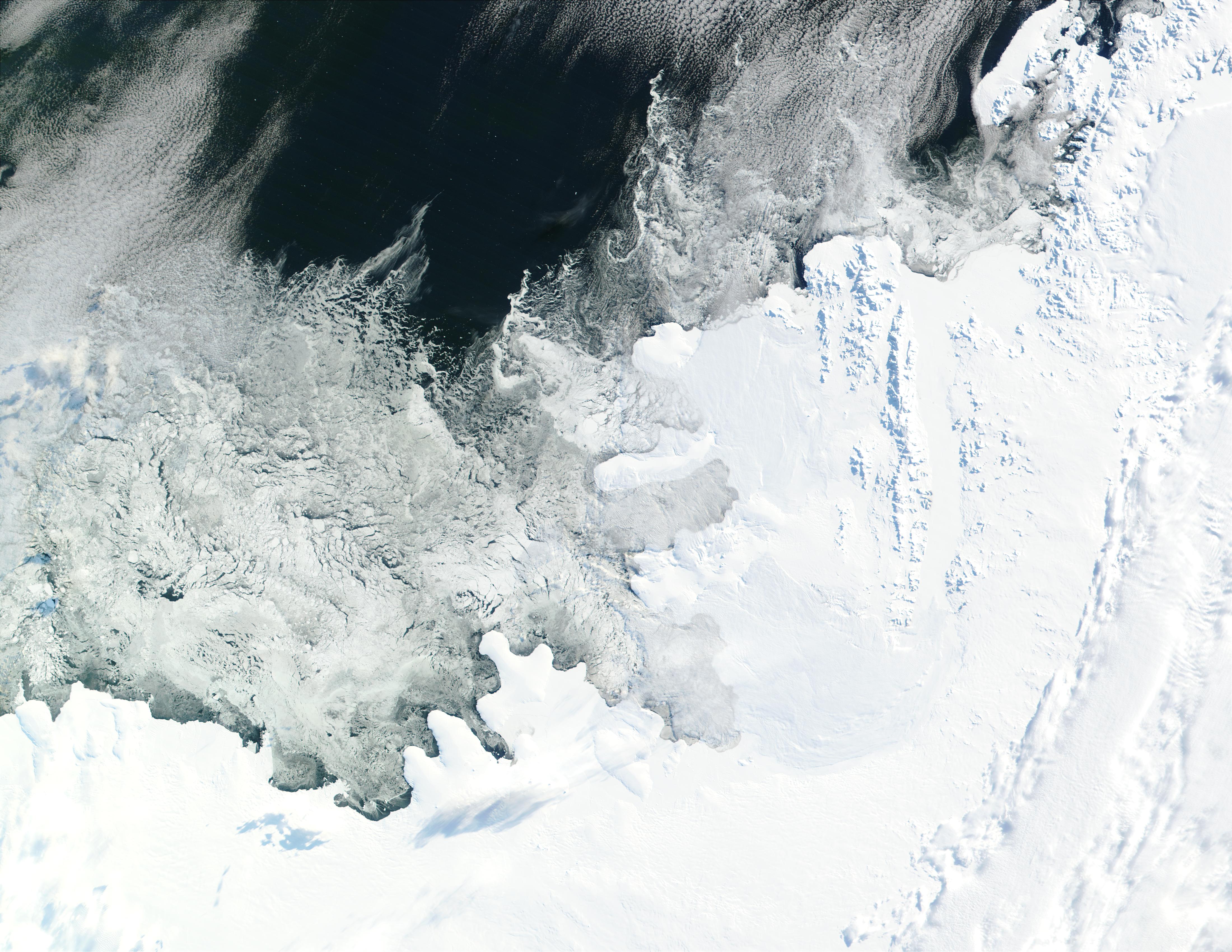 This image of Antarctica shows the Bryan Coast (lower left), the English Coast (lower central), Alexander Island (middle right), the Fallieres Coast (top right), and the Bellingshausen Sea. The entire continent has been dedicated to peaceful scientific investigation since 1961, with the signing of the Antarctic Treaty.The waters surrounding Antarctica are intensely cold. Salt water freezes at -2C, allowing sea ice to form. The middle left portion of the image shows quite a lot of sea ice in the Bellingshausen Sea. During the Antarctic winter, when data for this image was acquired, Antarctica doubles in size to about 28.5 million square km (or about 11 million square miles), and temperatures in the -60C range are common.This true-color image was compiled from MODIS data gathered March 29, 2002.