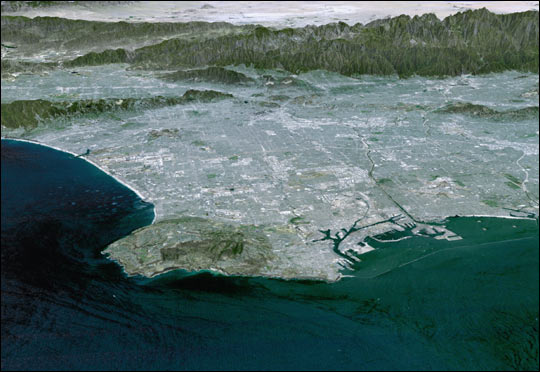 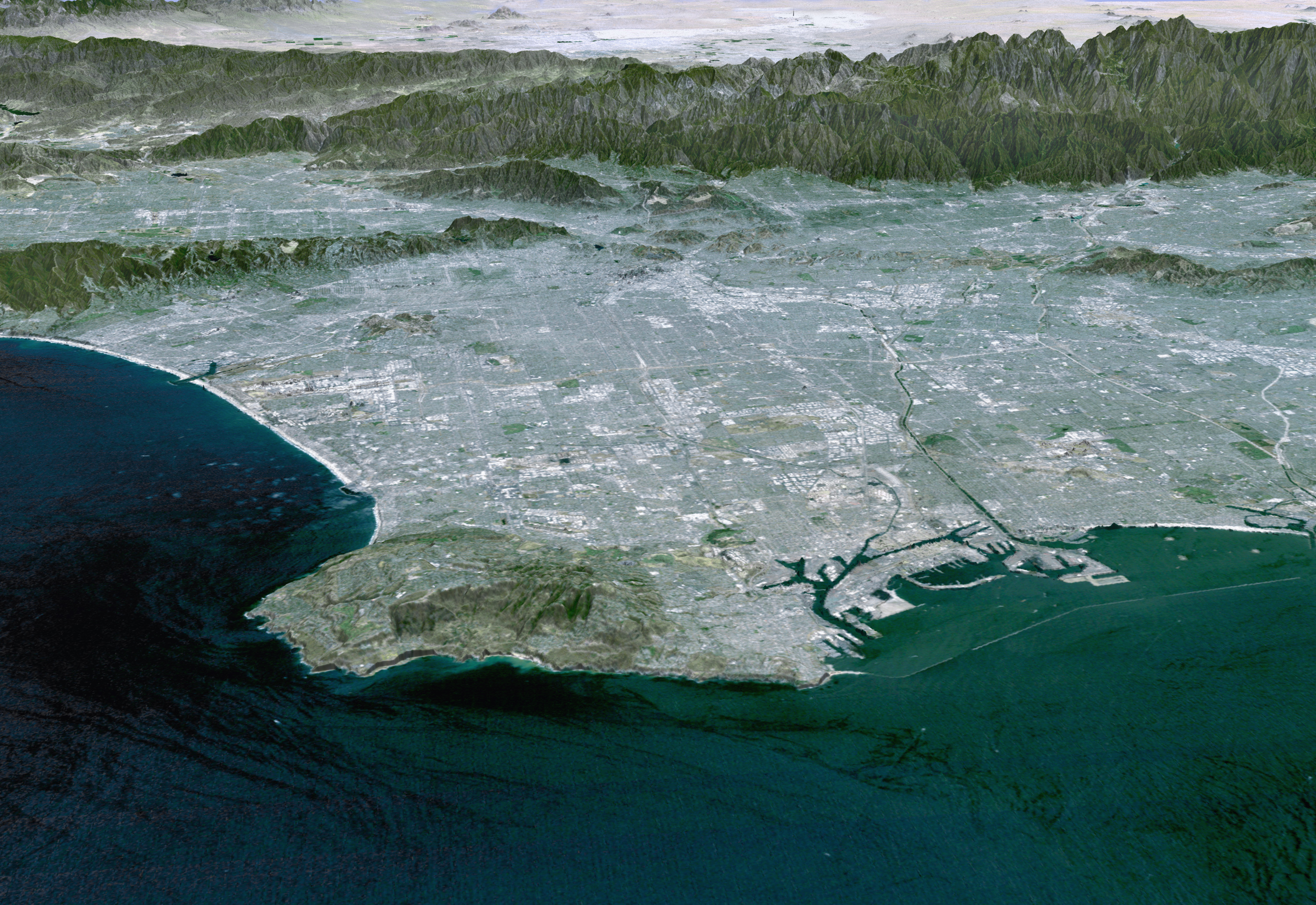 Most of Los Angeles is visible in this computer-generated, north by northeast perspective taken from above the Pacific Ocean. In the foreground, the hilly Palos Verdes Peninsula lies to the left of Long Beach Harbor. Farther back sit the various communities that comprise the greater Los Angeles area. They appear as shades of gray and white. In the distance, the San Gabriel Mountains rise up to separate the Los Angeles Basin from the Mojave Desert, which can be seen near the top of the image.

Landsat has been providing visible and infrared views of the Earth since 1972. SRTM elevation data matches the 30-meter (98-foot) resolution of most Landsat images and will substantially help in analyzing the large and growing Landsat image archive.

Elevation data used in this image was acquired by the Shuttle Radar Topography Mission (SRTM) aboard the Space Shuttle Endeavour, launched on Feb. 11, 2000. SRTM used the same radar instrument that comprised the Spaceborne Imaging Radar-C/X-Band Synthetic Aperture Radar (SIR-C/X-SAR) that flew twice on the Space Shuttle Endeavour in 1994. SRTM was designed to collect 3-D measurements of the Earth's surface. To collect the 3-D data, engineers added a 60-meter (approximately 200-foot) mast, installed additional C-band and X-band antennas, and improved tracking and navigation devices. The mission is a cooperative project between NASA, the National Imagery and Mapping Agency (NIMA) of the U.S. Department of Defense and the German and Italian space agencies. It is managed by NASA's Jet Propulsion Laboratory, Pasadena, Calif., for NASA's Earth Science Enterprise, Washington, D.C.