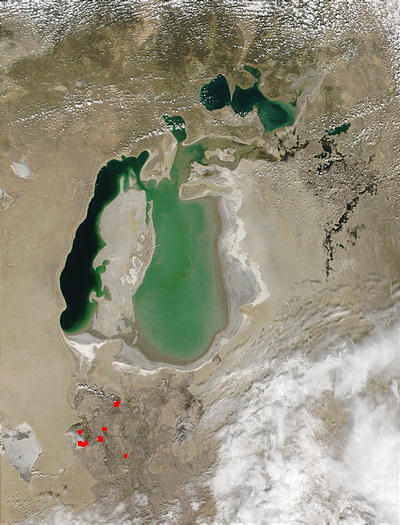 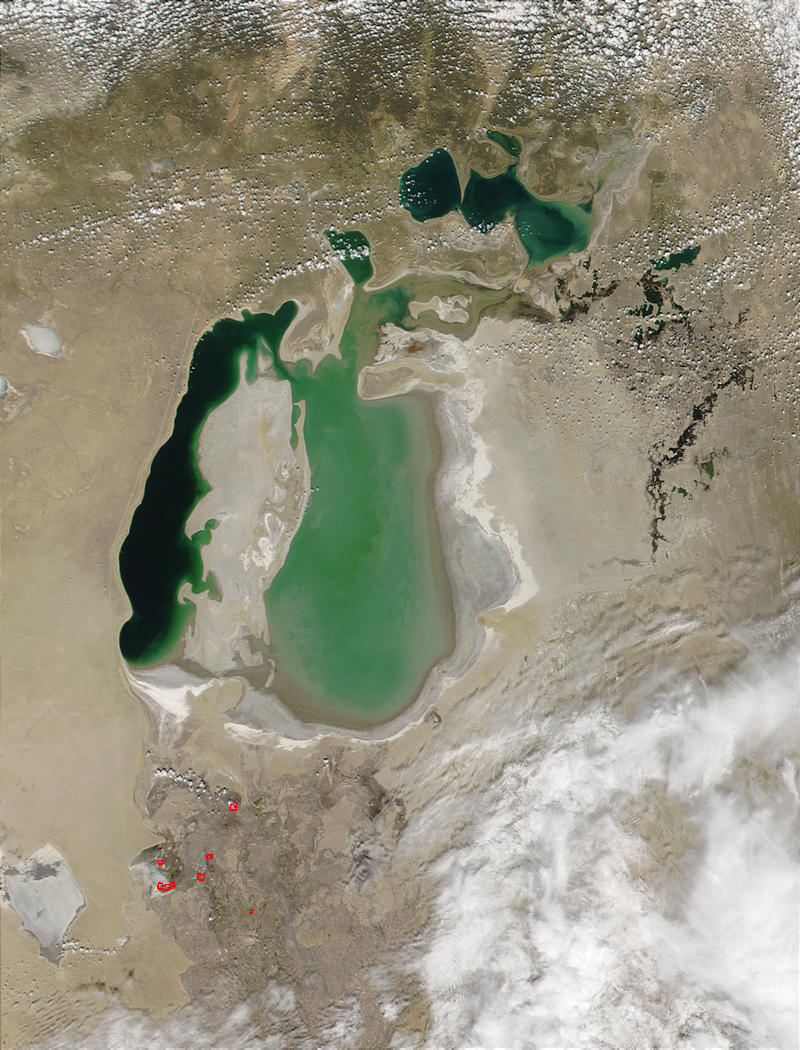 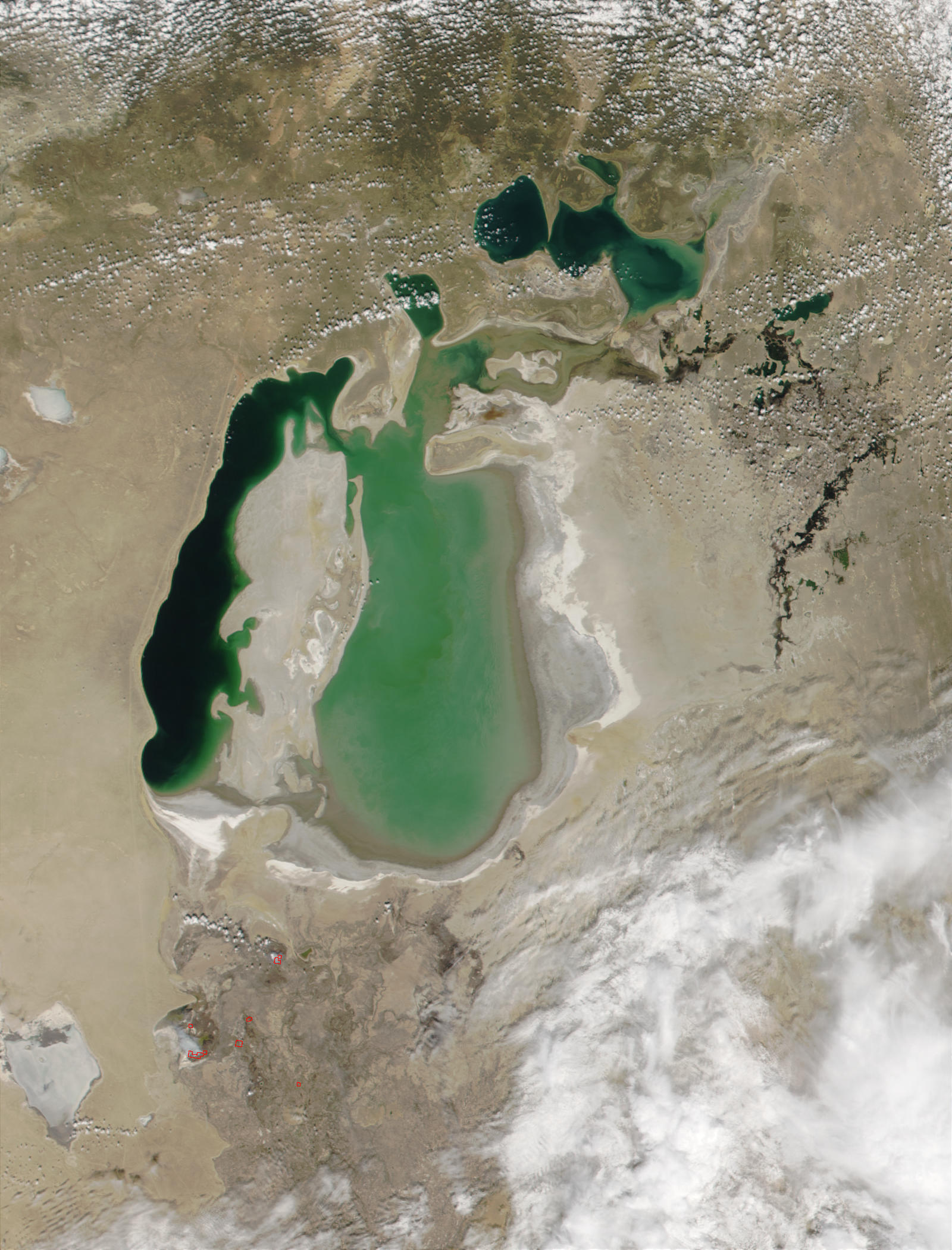 This series of MODIS images shows the dwindling Aral Sea. Once one of the world’s largest freshwater lakes, the Aral Sea has decreased by as much as 60% over the past few decades due to diversion of the water to grow cotton and rice. These diversion have dropped the lake levels, increased salinity, and nearly decimated the fishing industry. The previous extent of the lake is clearly visible as a whitish perimeter in these image from April 16, May 18, and June 3, 2002. s