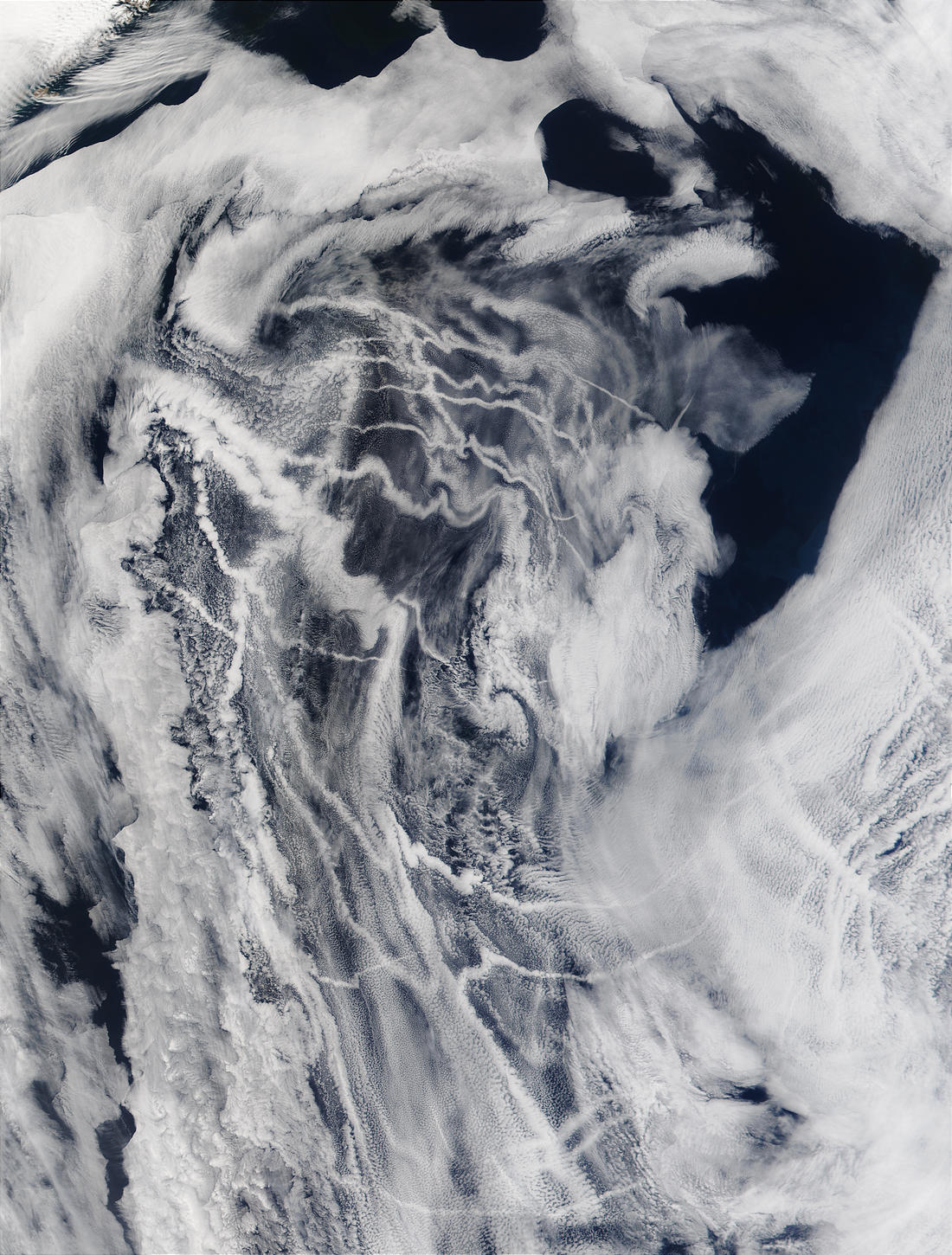 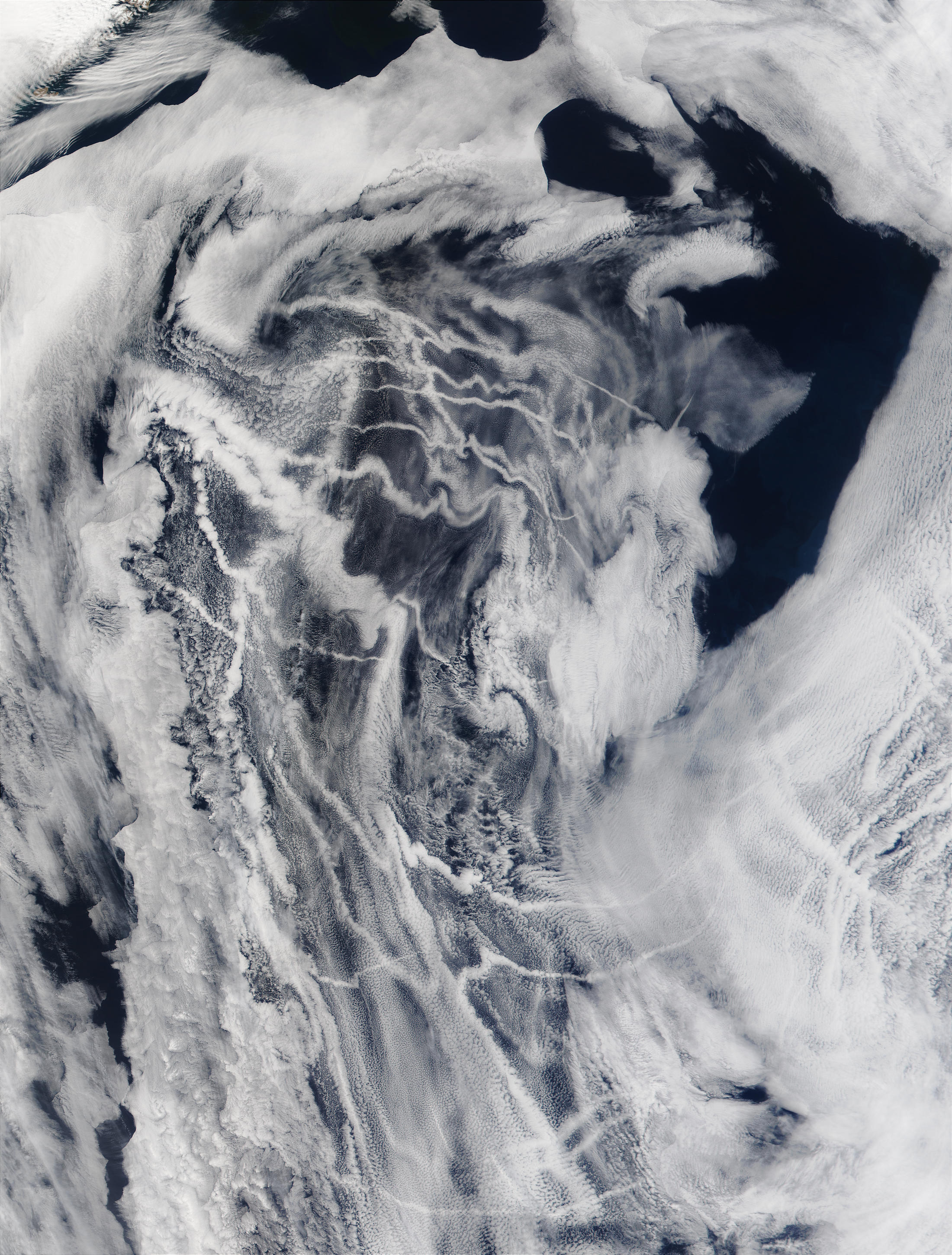 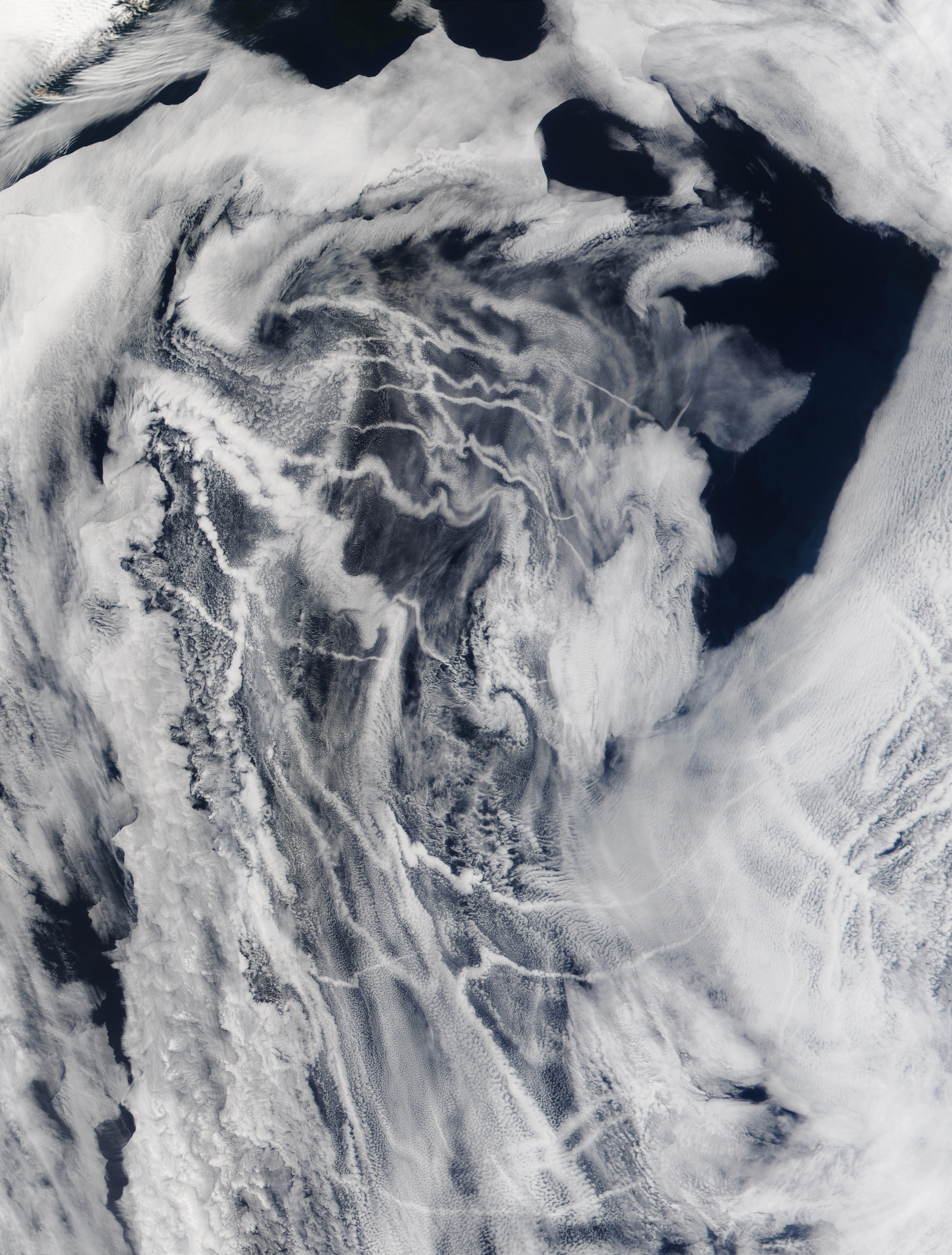 Because clouds represent an area of great uncertainty in studies of global climate, scientists are interested in better understanding the processes by which clouds form and change over time. In recent years, scientists have turned their attention to the ways in which human-produced aerosol pollution modifies clouds. One area that has drawn scientists. attention is "ship tracks," or clouds that form from the sulfate aerosols released by large ships. Although ships are not significant sources of pollution themselves, they do release enough sulfur dioxide in the exhaust from their smokestacks to modify overlying clouds. Specifically, the aerosol particles formed by the ship exhaust in the atmosphere cause the clouds to be more reflective, carry more water, and possibly inhibit them from precipitating. This is one example of how humans have been creating and modifying clouds for generations through the burning of fossil fuels.This image was acquired over the northern Pacific Ocean by the Moderate-resolution Imaging Spectroradiometer (MODIS), flying aboard NASA's Terra satellite, on April 29, 2002.