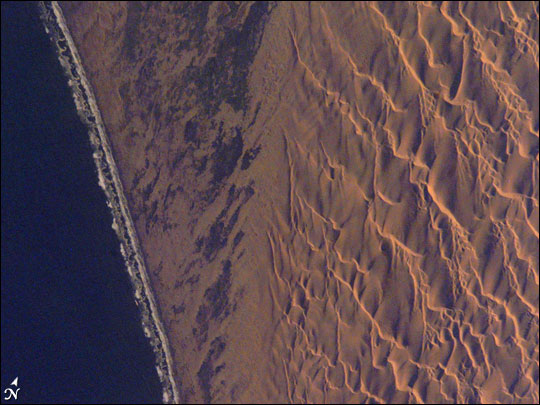 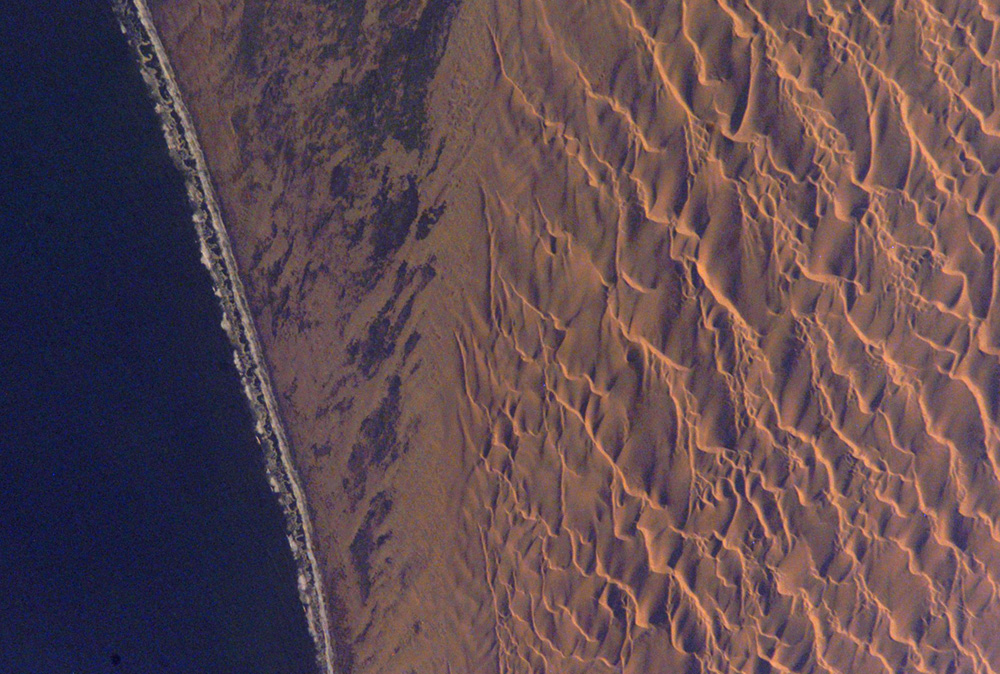 This detailed view of the remote Conception Bay sector of the Namibian coastline shows breakers and a strand plain on the left and complex dunes of the Namib dune sea on the right. A strand plain is a series of dunes, usually associated with and parallel to a beach, sometimes containing small creeks or lakes. The complexity and regularity of dune patterns in the dune sea of the Namib Desert have attracted the attention of geologists for decades; however, they remain poorly understood. The flat strand plain (roughly 4 kilometers shown here) shows a series of wet zones that appear black where seawater seeps inland and evaporates. These patches are aligned with the persistent southerly winds, some of the strongest of any coastal desert.

Astronaut photograph ISS011-E-9756 was acquired June 28, 2005, with a Kodak 760C digital camera with a 800 mm lens, and is provided by the ISS Crew Earth Observations experiment and the Image Science & Analysis Group, Johnson Space Center. The International Space Station Program supports the laboratory to help astronauts take pictures of Earth that will be of the greatest value to scientists and the public, and to make those images freely available on the Internet. Additional images taken by astronauts and cosmonauts can be viewed at the NASA/JSC Gateway to Astronaut Photography of Earth.