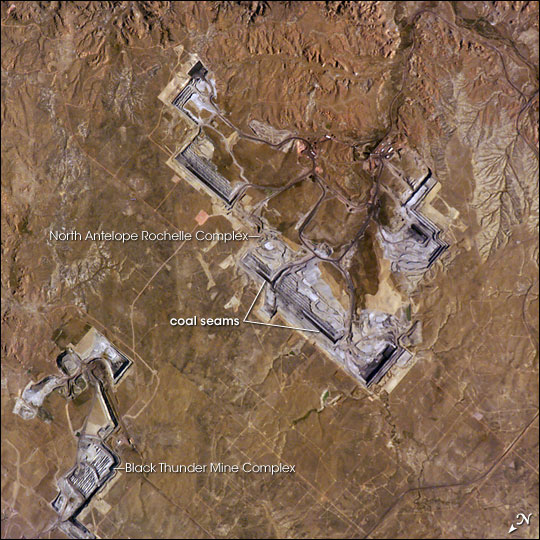 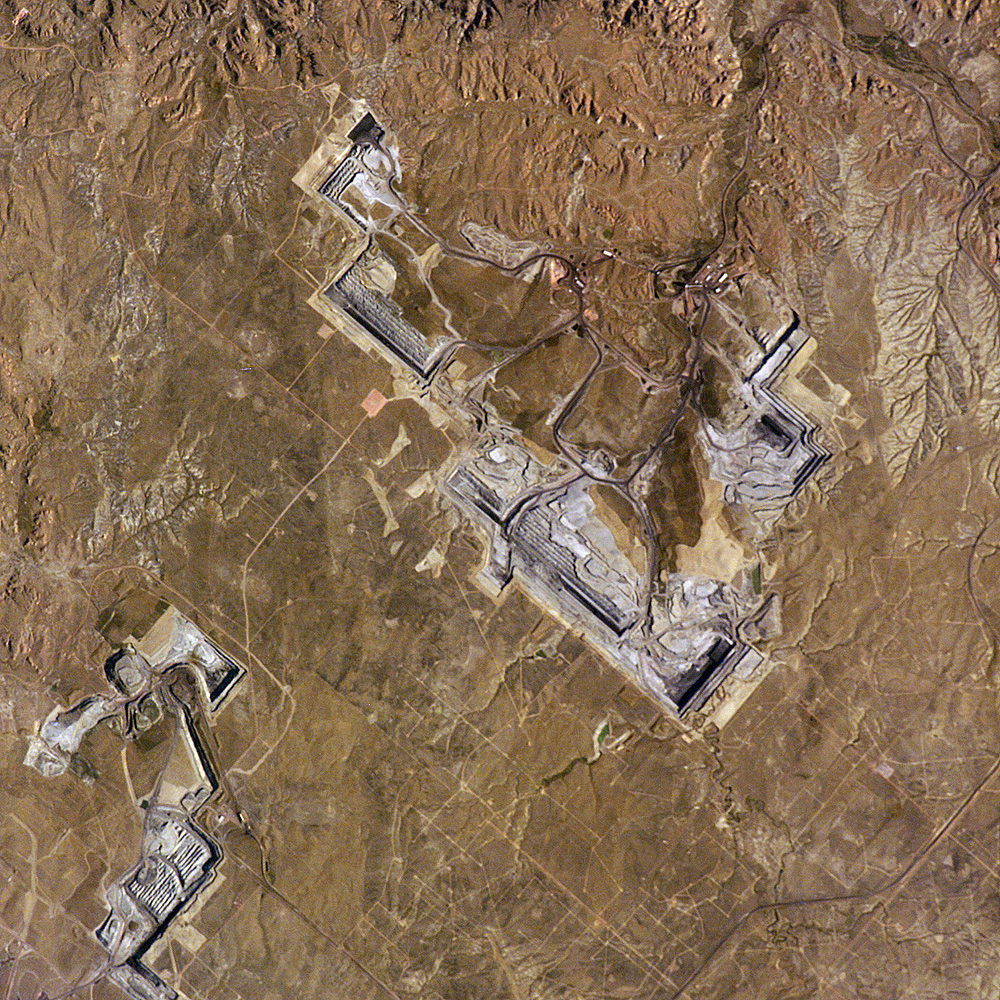 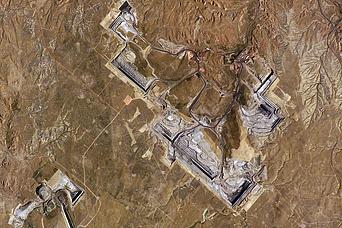 The United States’ highest rate of coal production is in Wyoming, with almost 4 million short tons extracted in 2004. The majority of this coal is burned to generate electrical power within the United States, but a small percentage is also goes to Spain and Canada. The Powder River Basin in the northeastern portion of the state is the most productive of Wyoming’s coal fields. The extensive coal deposits—ranging in thickness from 21 to 53 meters (70 to 175 feet)—formed over 38-66 million years ago. The source of organic material for the coal originated in swamps, estuaries, and deltas associated with the regression (retreat) of a large inland seaway that occupied central North America during the Cretaceous Period, which spanned the years between about 144 to 65 million years ago.

Astronaut photograph ISS011-E-12863 was acquired September 11, 2005, with a Kodak 760C digital camera fitted with a 400 mm lens, and is provided by the ISS Crew Earth Observations experiment and the Image Science & Analysis Group, Johnson Space Center. The International Space Station Program supports the laboratory to help astronauts take pictures of Earth that will be of the greatest value to scientists and the public, and to make those images freely available on the Internet. Additional images taken by astronauts and cosmonauts can be viewed at the NASA/JSC Gateway to Astronaut Photography of Earth.