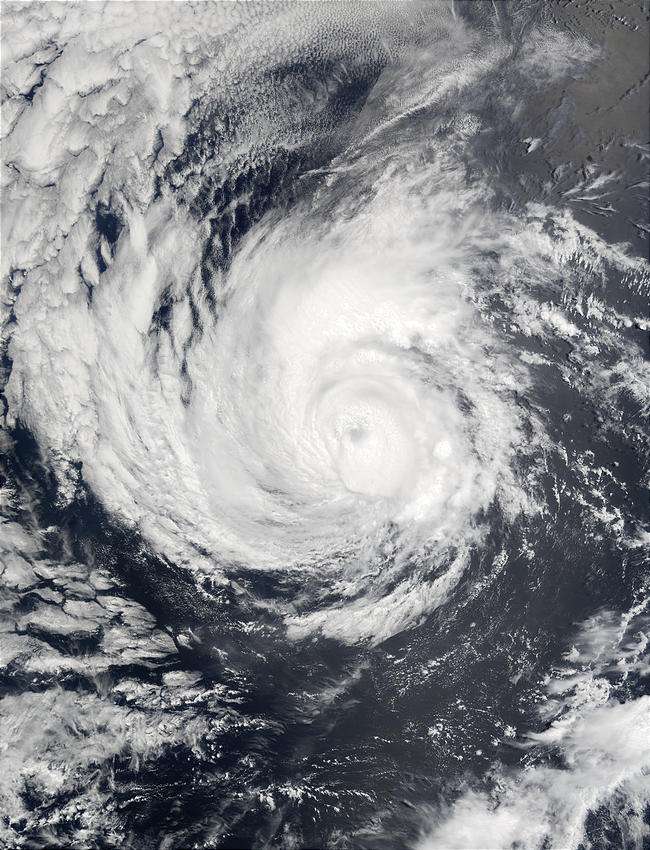 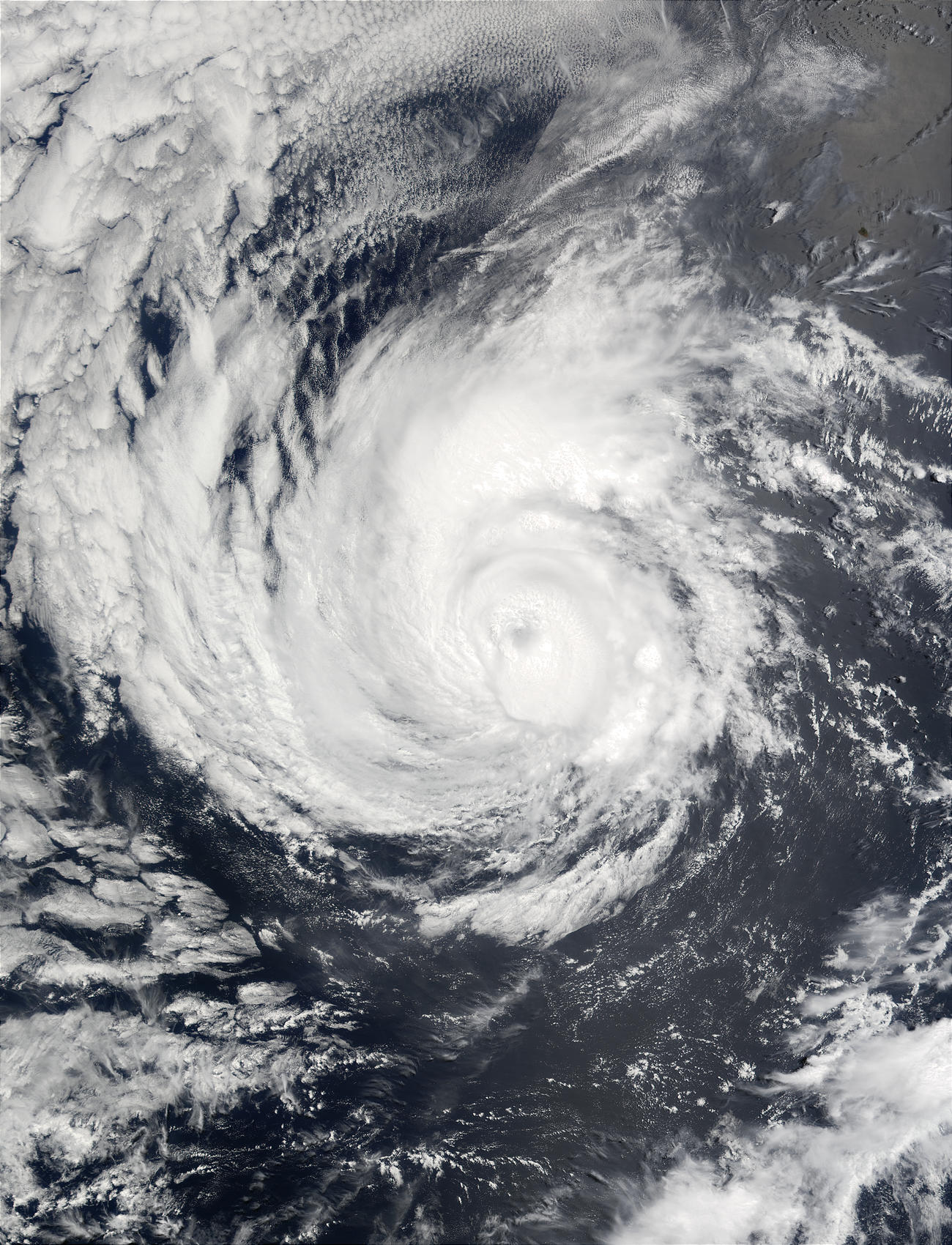 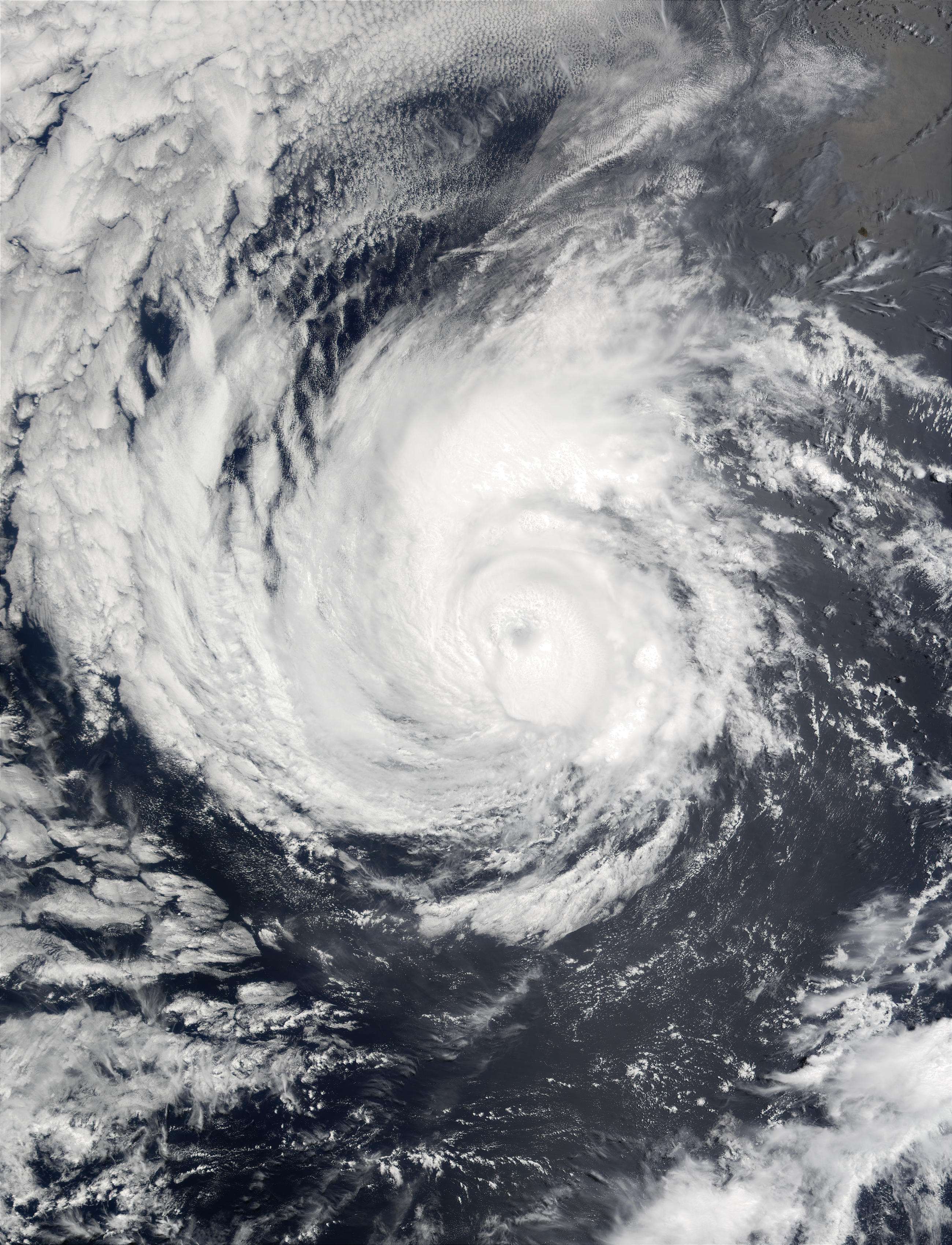 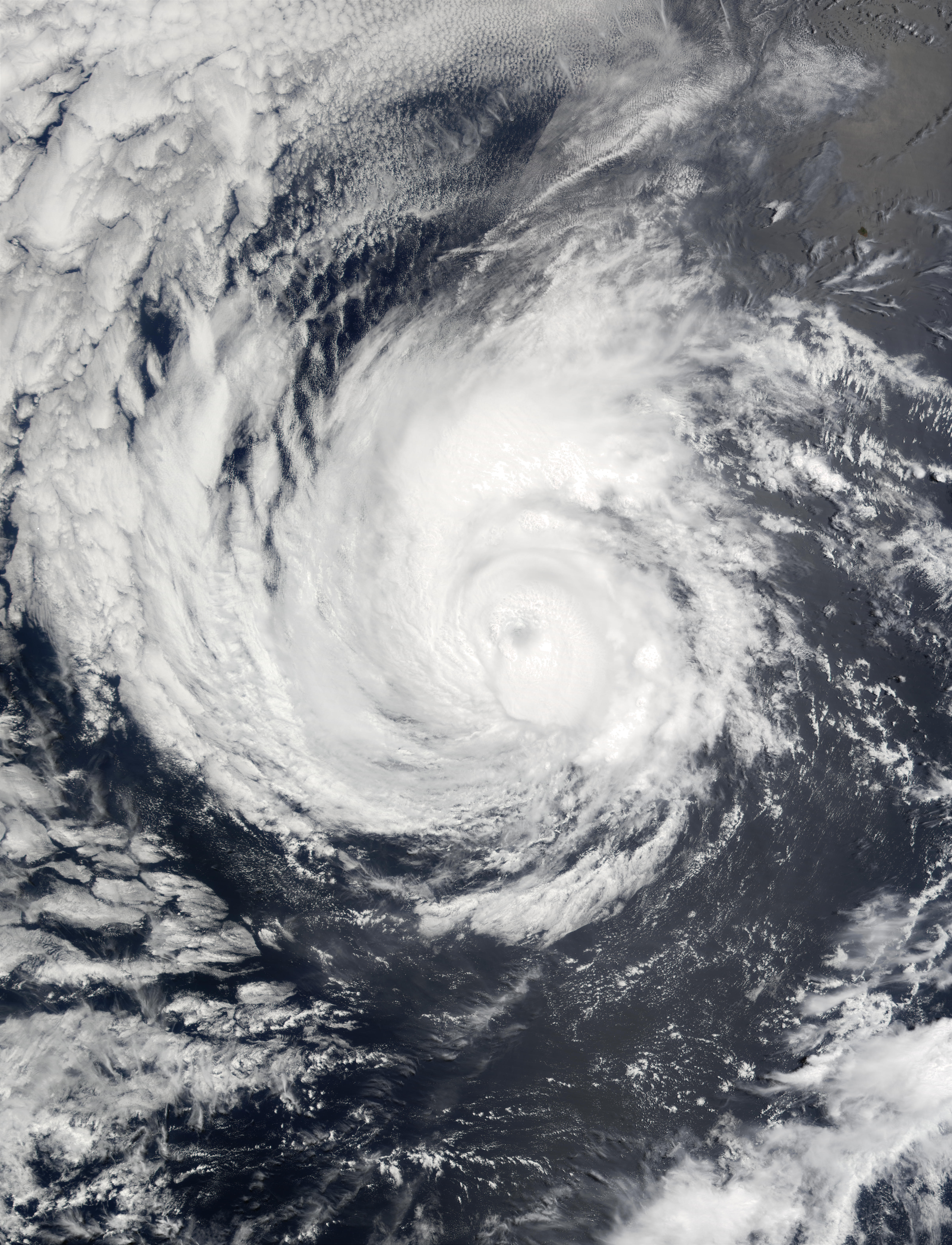 As of Thursday morning, May 30, 2002, Hurricane Alma was a Category 2 hurricane, with sustained winds up to 110 miles per hour and gusts up to 135 miles per hour. Located in the eastern Pacific Ocean several hundred miles west of central Mexico and south of Baja California, the storm is tracking northward at about 9 miles per hour, and is forecast to weaken as it moves north over cooler ocean waters. Alma is the eastern Pacific's first named storm of the season. This image of Hurricane Alma was captured by the Moderate Resolution Imaging Spectroradiometer (MODIS) on the Terra satellite on Wednesday, May 29, 2002.