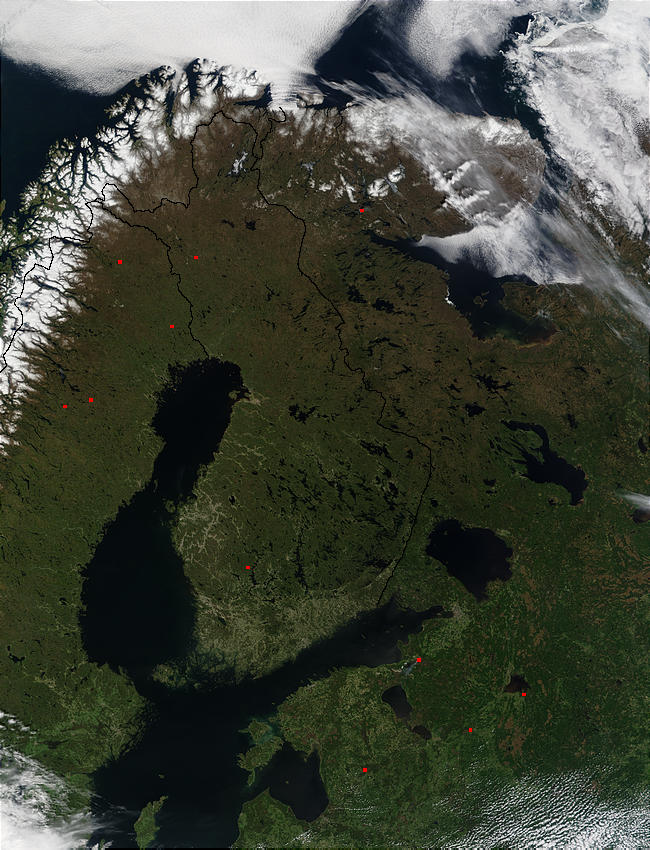 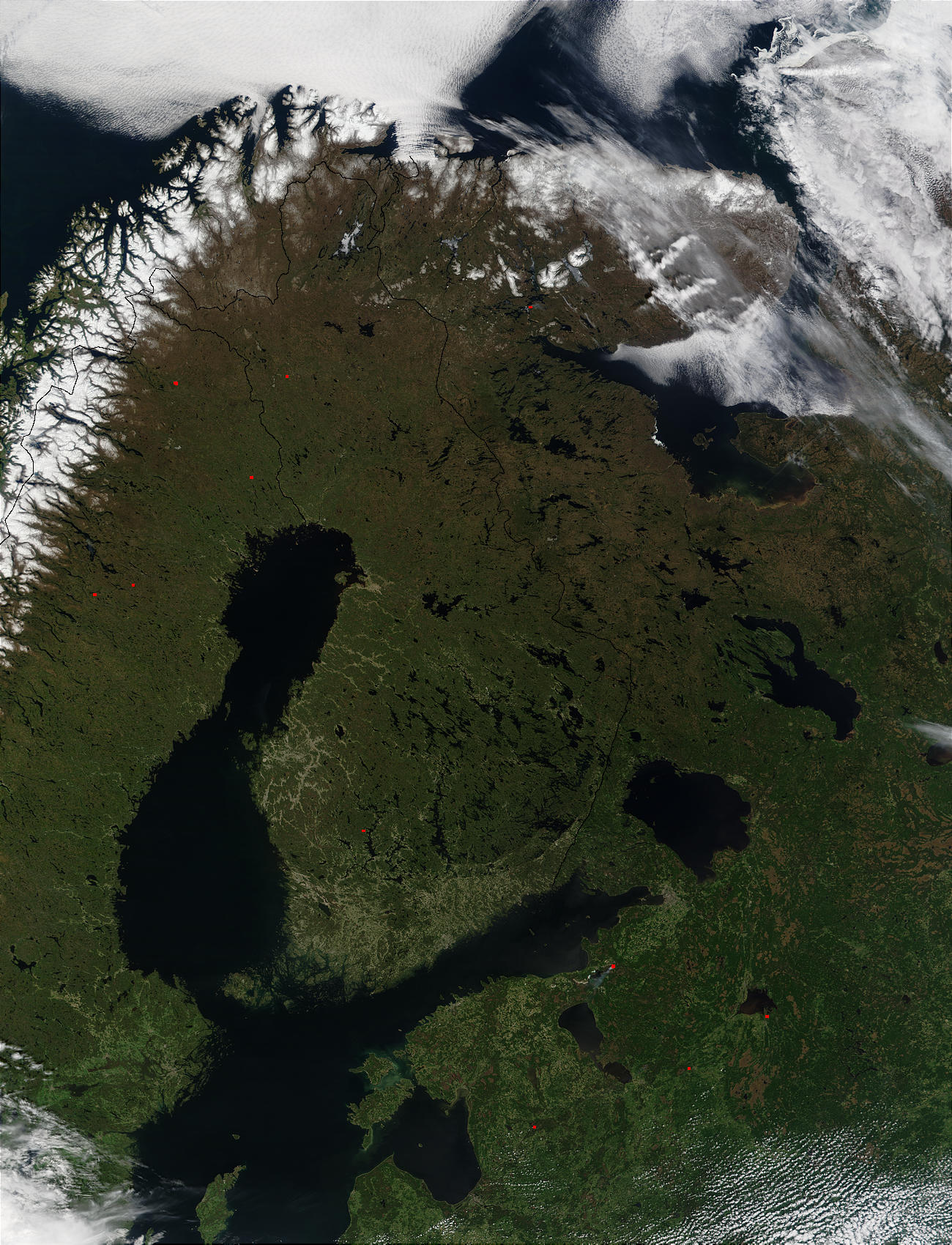 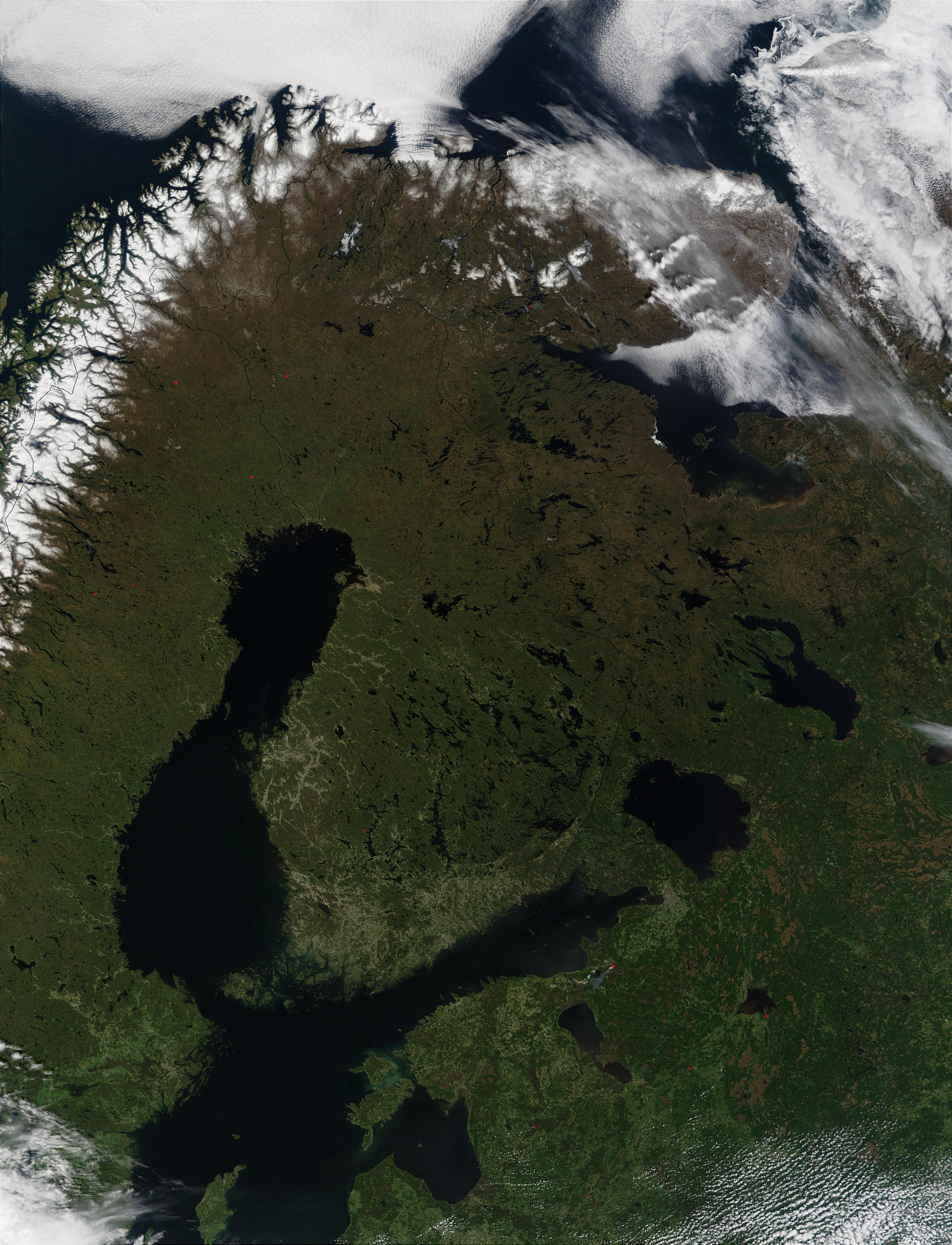 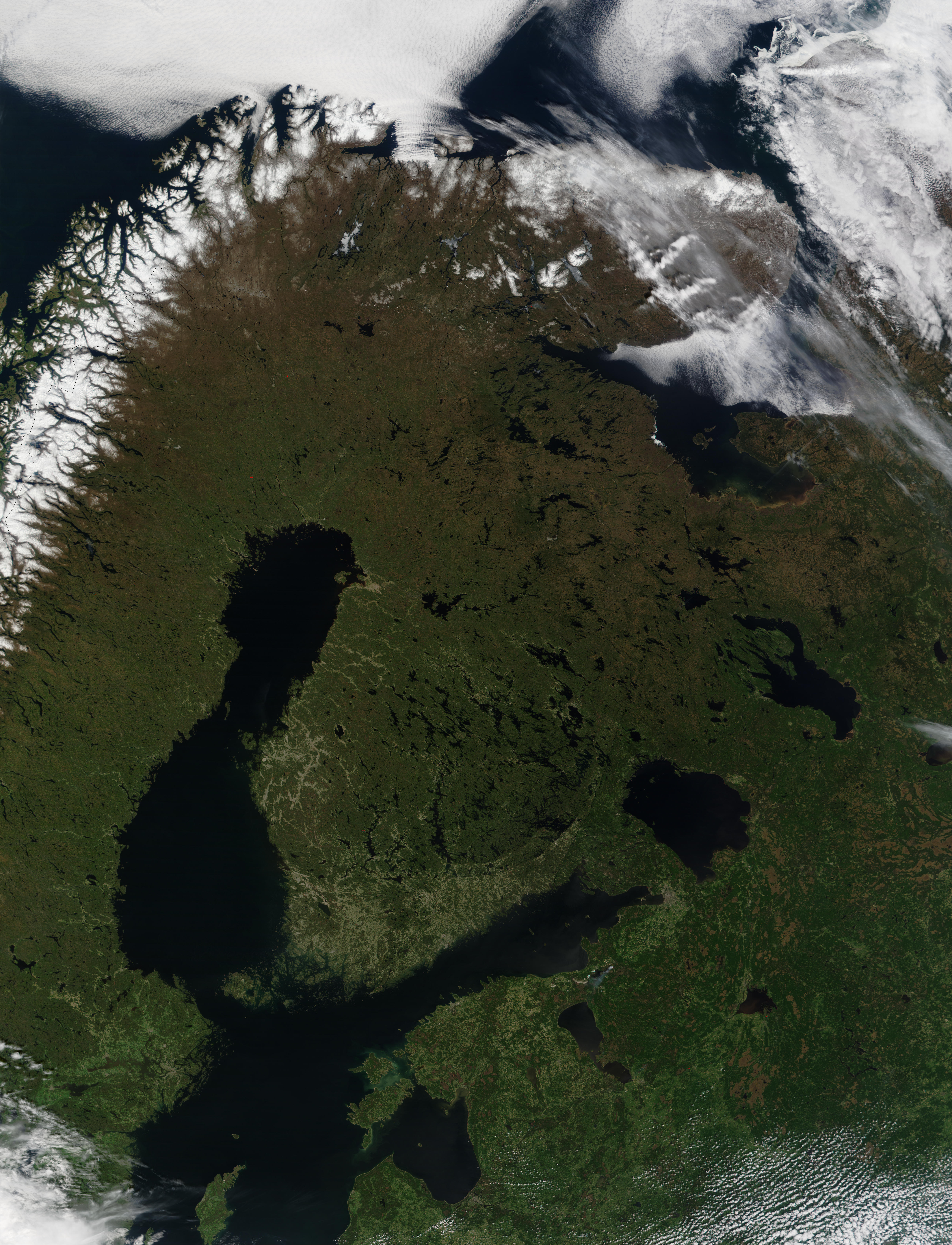 Spring has pushed winter back to the northern coastline of Norway (top left) and the higher elevations of Sweden (left), and this MODIS image from May 29, 2002, shows the rugged coastline still blanketed in snow. To the northwest (upper left ) lie the open waters of the Norwegian Sea and to the northeast (upper right), the Barents Sea. Finland is in the center of the image, and it's easy to see that the south is more heavily developed than the north. In the high-resolution imagery, it is easy to locate Helsinki, about half way up the north shore of the Gulf of Finland. To the east (right) is the beginning of the Russian Federation. MODIS has detected several fires burning throughout Scandinavia in this image.