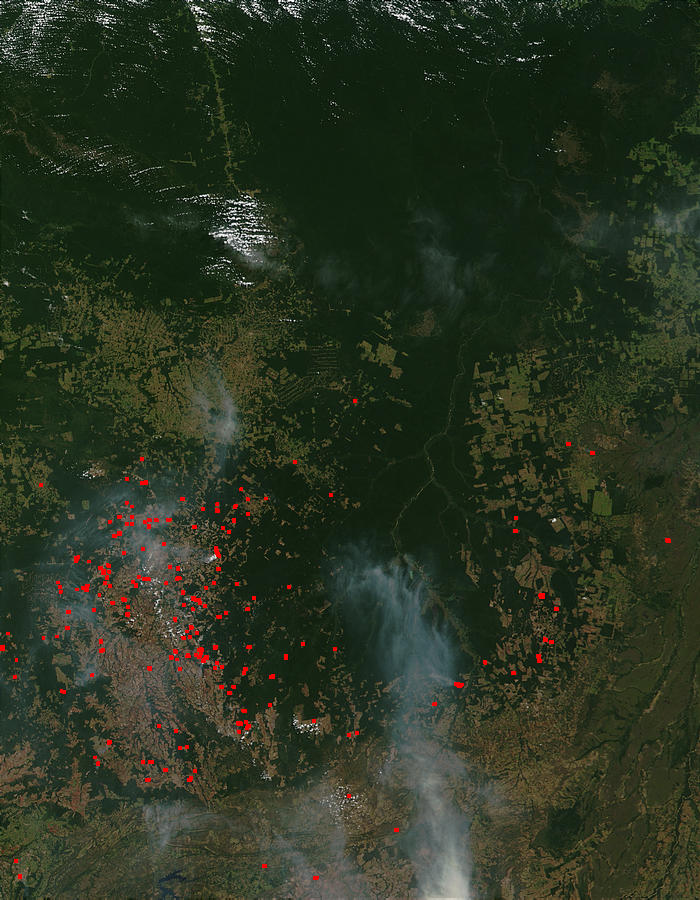 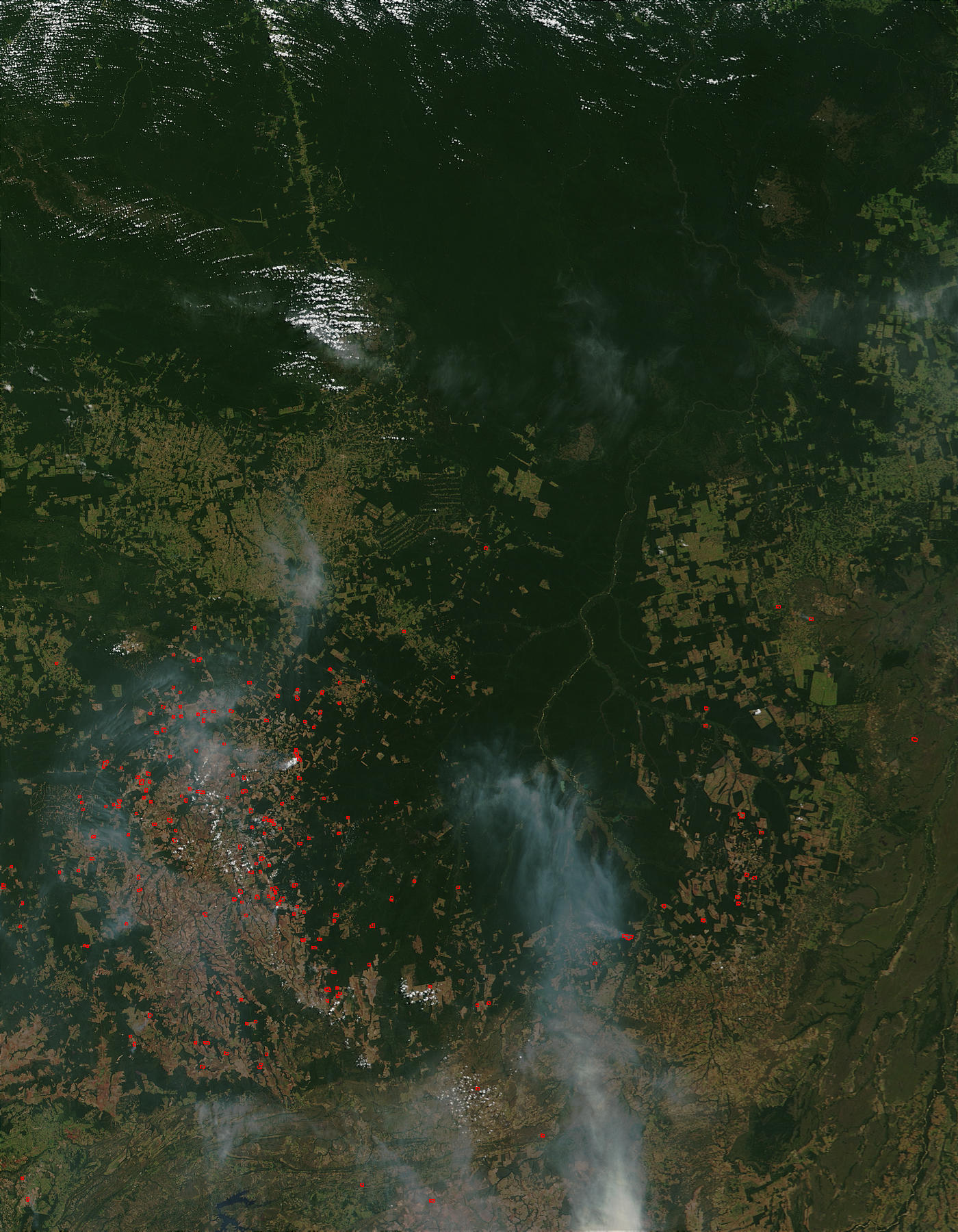 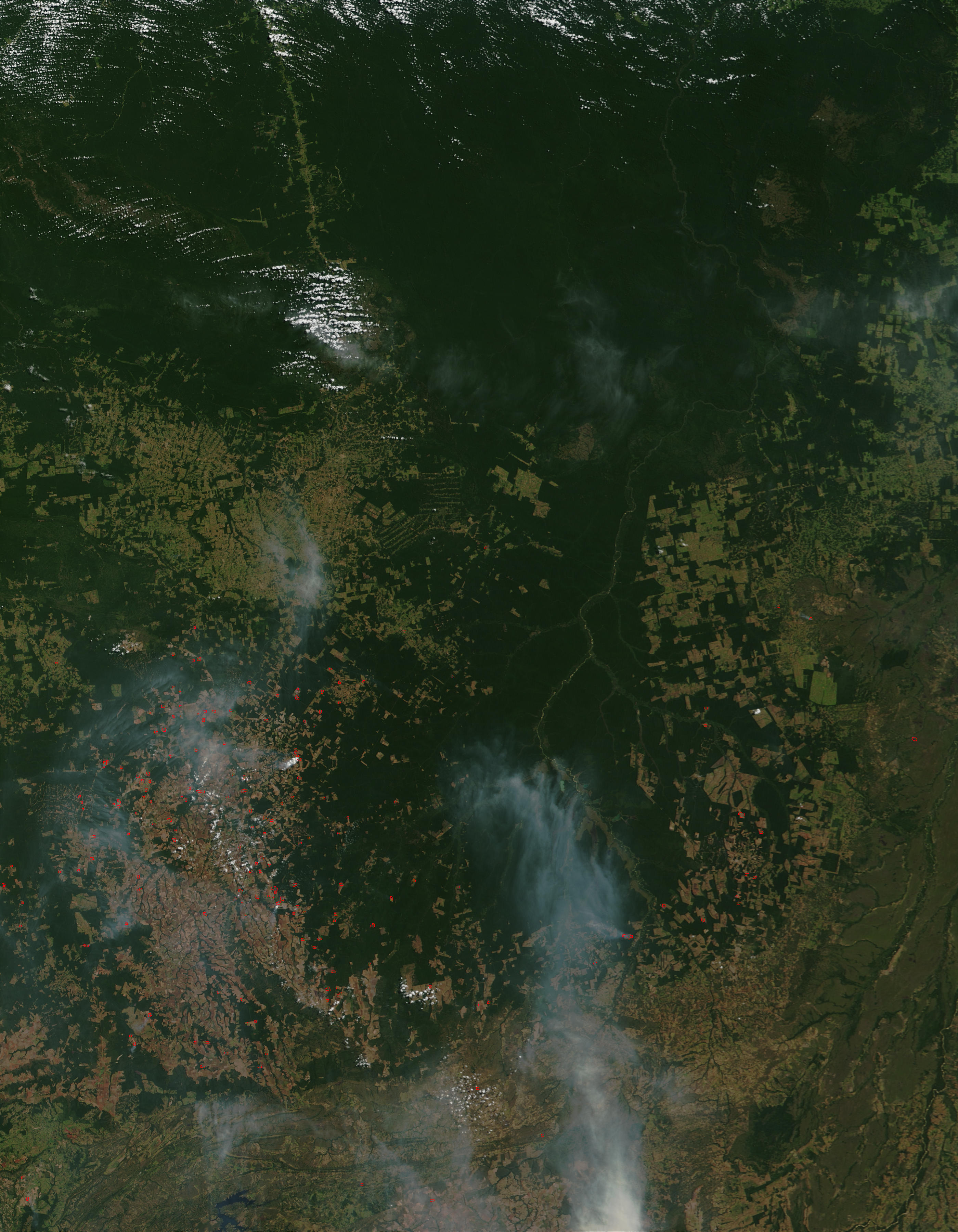 Fires and smoke around the upper Xingu River, Brazil