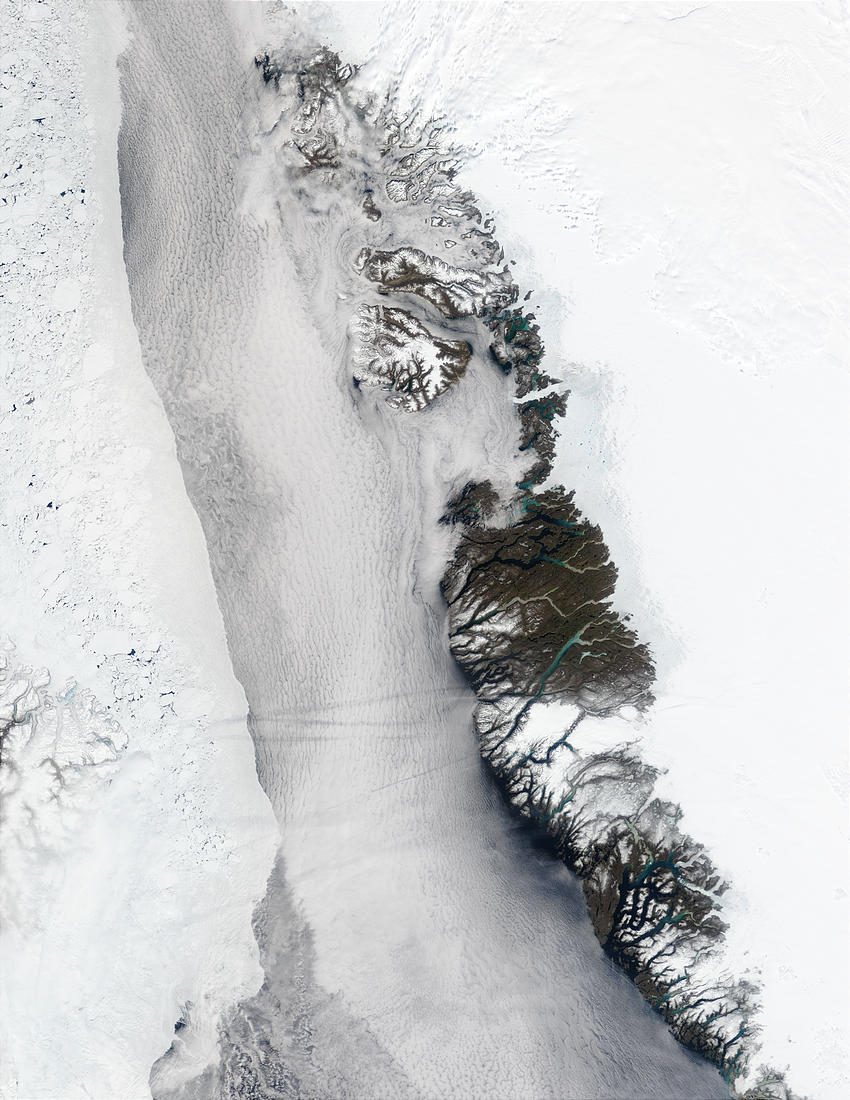 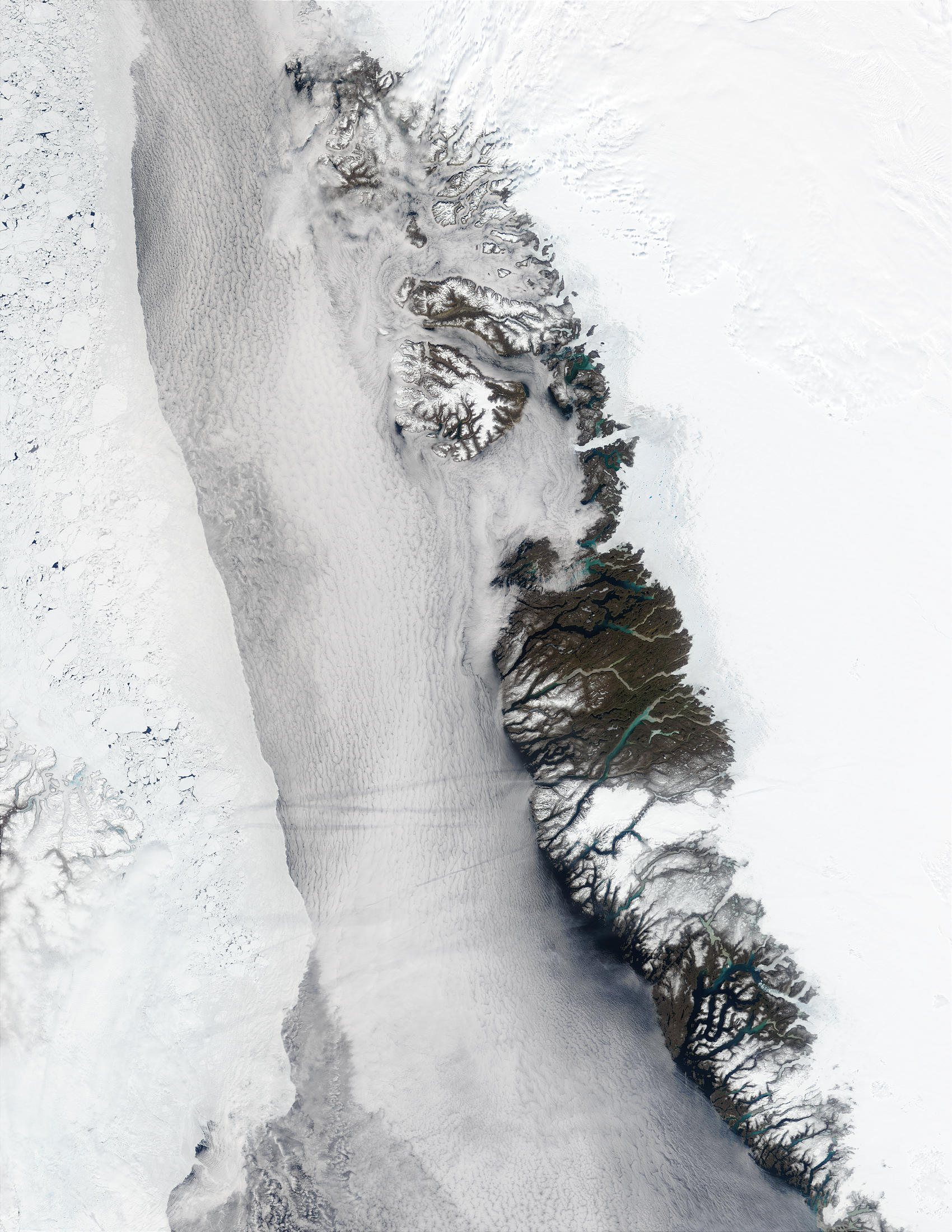 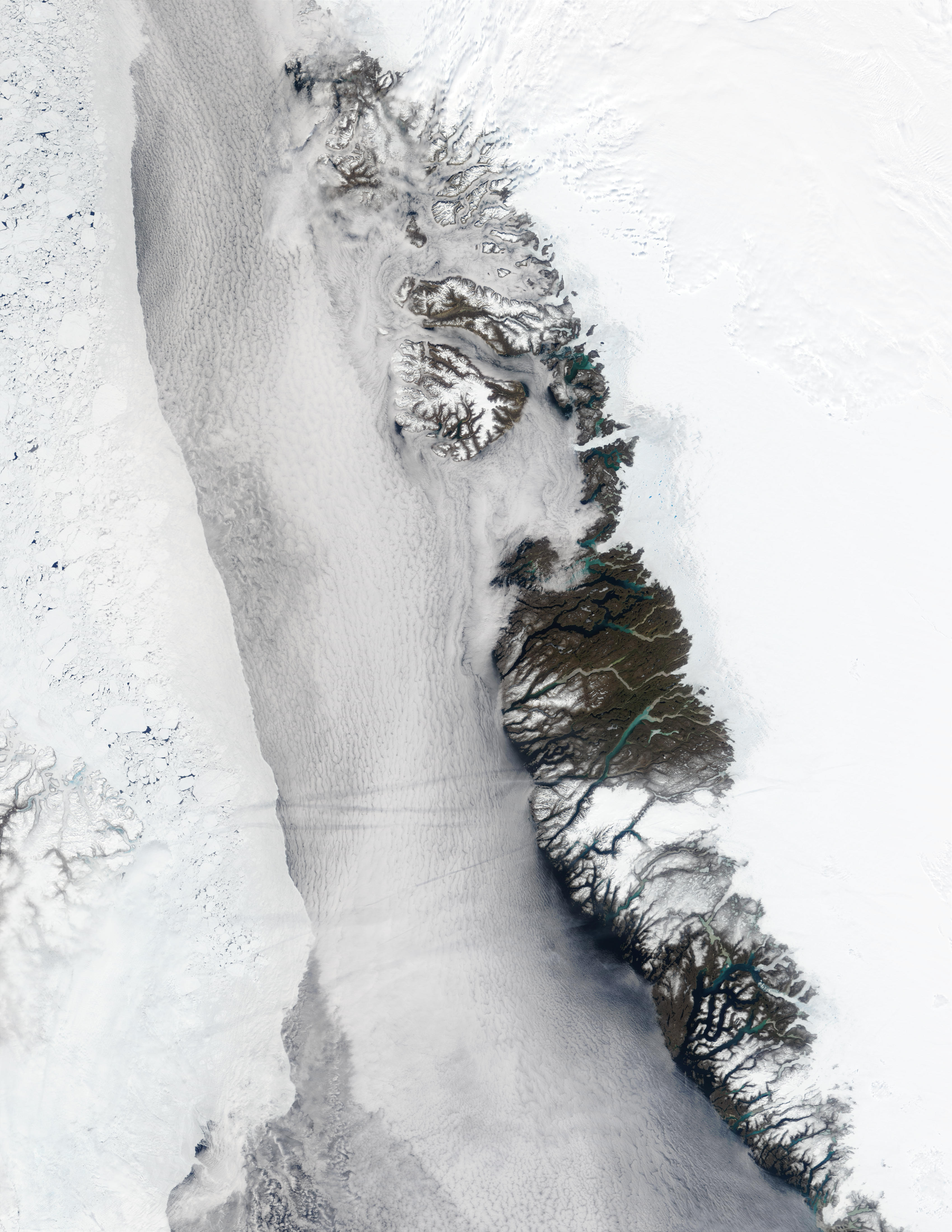 This series of Moderate Resolution Imaging Spectroradiometer (MODIS) images from mid-June 2002 show the opening up of the Davis Strait between western Greenland and Baffin Island, Canada. The Labrador Current, which flows southward into the Labrador Sea, has packed sea ice and icebergs up against the Baffin Island Coast. Snow cover is making its brief, summer retreat from the west coast of Greenland, exposing the rocky landscape. In the upper right of the image from June 18, a low pressure center is causing a whirlpool effect in the cloud bank against the Greenland coast.