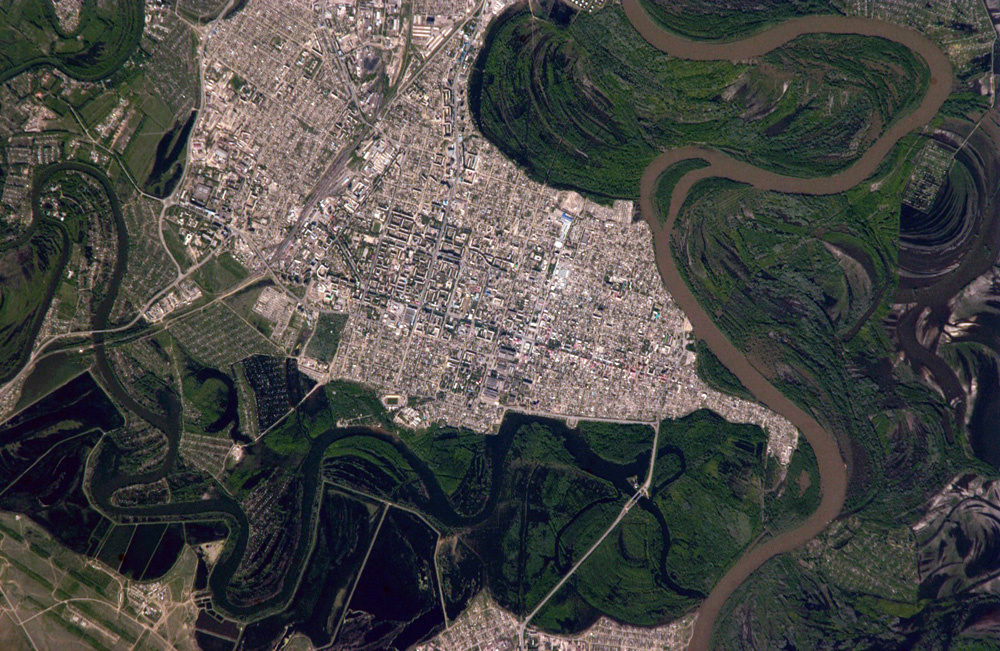 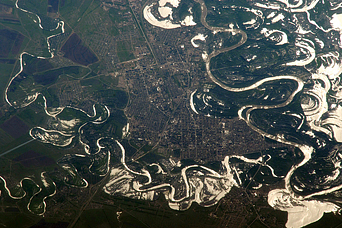 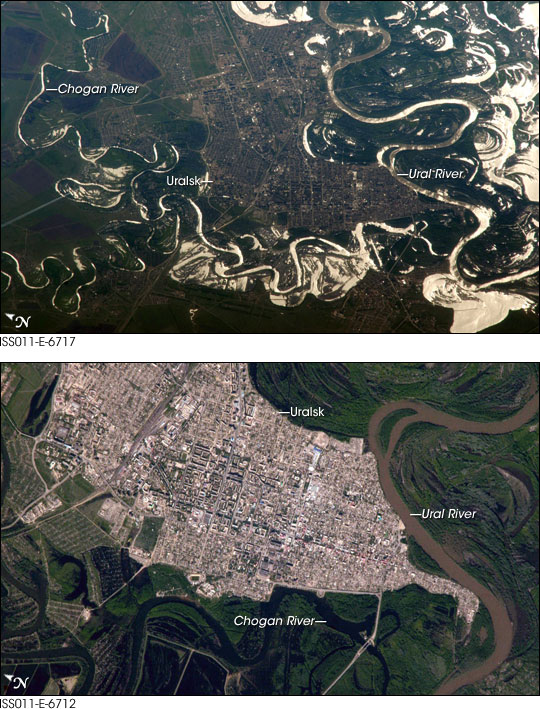 The approximate boundary between Europe and Asia is defined by the Ural River and the Ural Mountains to its north. The Ural River flows to the great inland Caspian Sea and gives its name to the city of Uralsk on its banks. International Space Station astronauts acquired a series of images of Uralsk, highlighting the city under different lighting conditions. This view shows the sunglint (light reflected from the water surface towards the observer) on the rivers, lakes, and ponds of the Ural flood plain (right side of image) and that of a tributary, the Chogan River (bottom). The cityscape of Uralsk, on the headland between the two, is relatively difficult to see because the water and sunglint dominate the scene.

Astronaut photographs ISS011-E-6717 and ISS011-E-6712 were acquired May 22, 2005, with a Kodak 760C digital camera with an 800 mm lens, and is provided by the ISS Crew Earth Observations experiment and the Image Science & Analysis Group, Johnson Space Center. The International Space Station Program supports the laboratory to help astronauts take pictures of Earth that will be of the greatest value to scientists and the public, and to make those images freely available on the Internet. Additional images taken by astronauts and cosmonauts can be viewed at the NASA/JSC Gateway to Astronaut Photography of Earth.