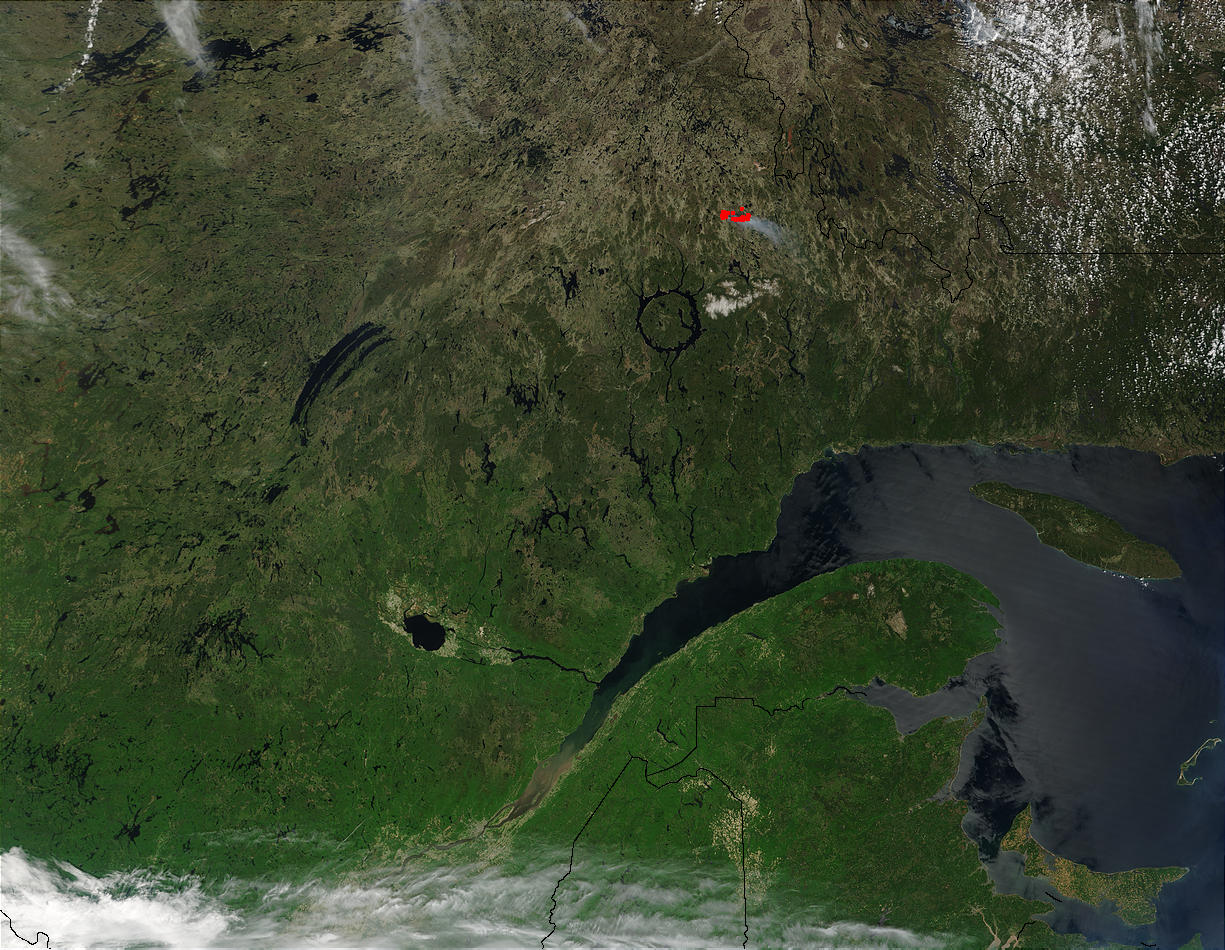 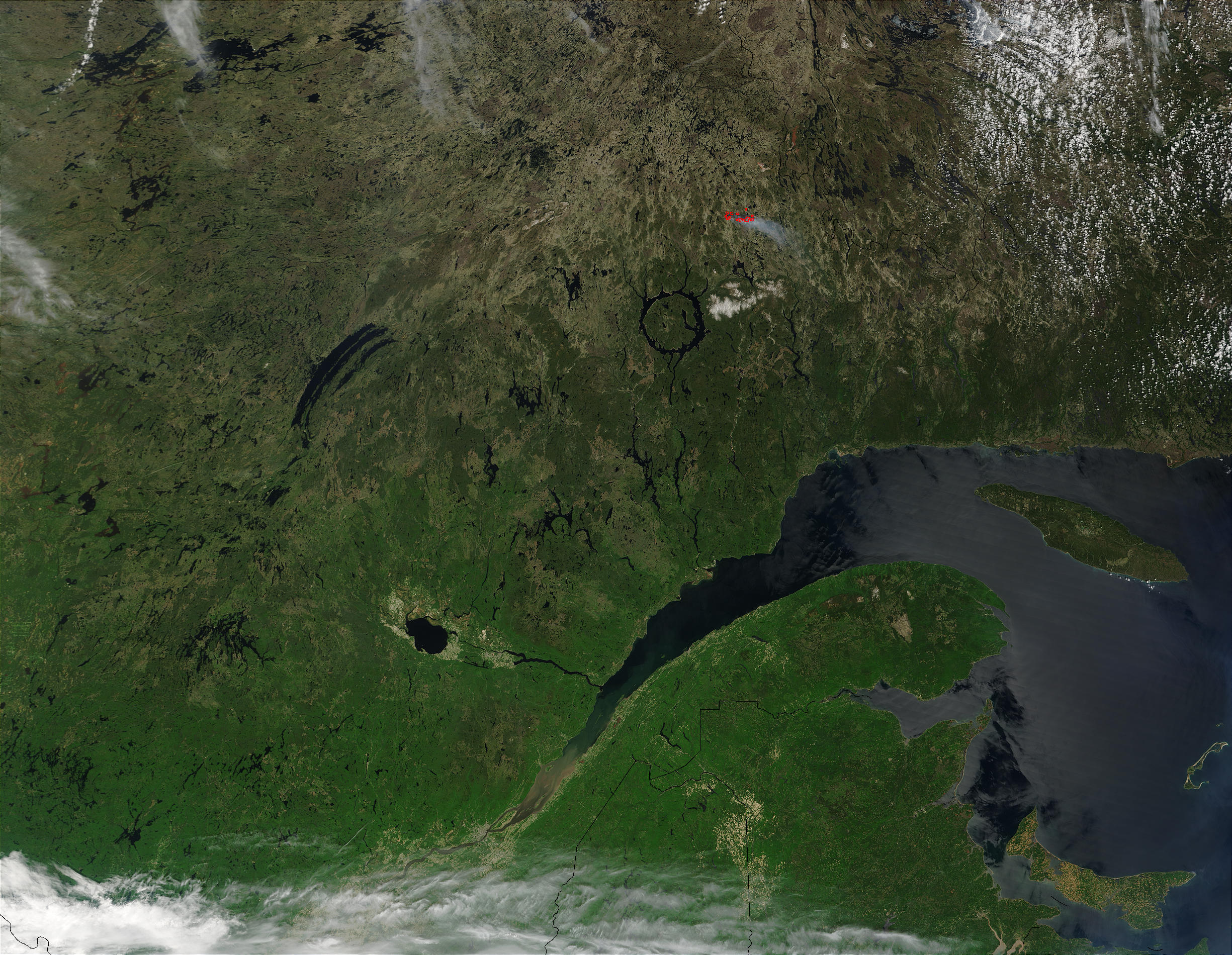 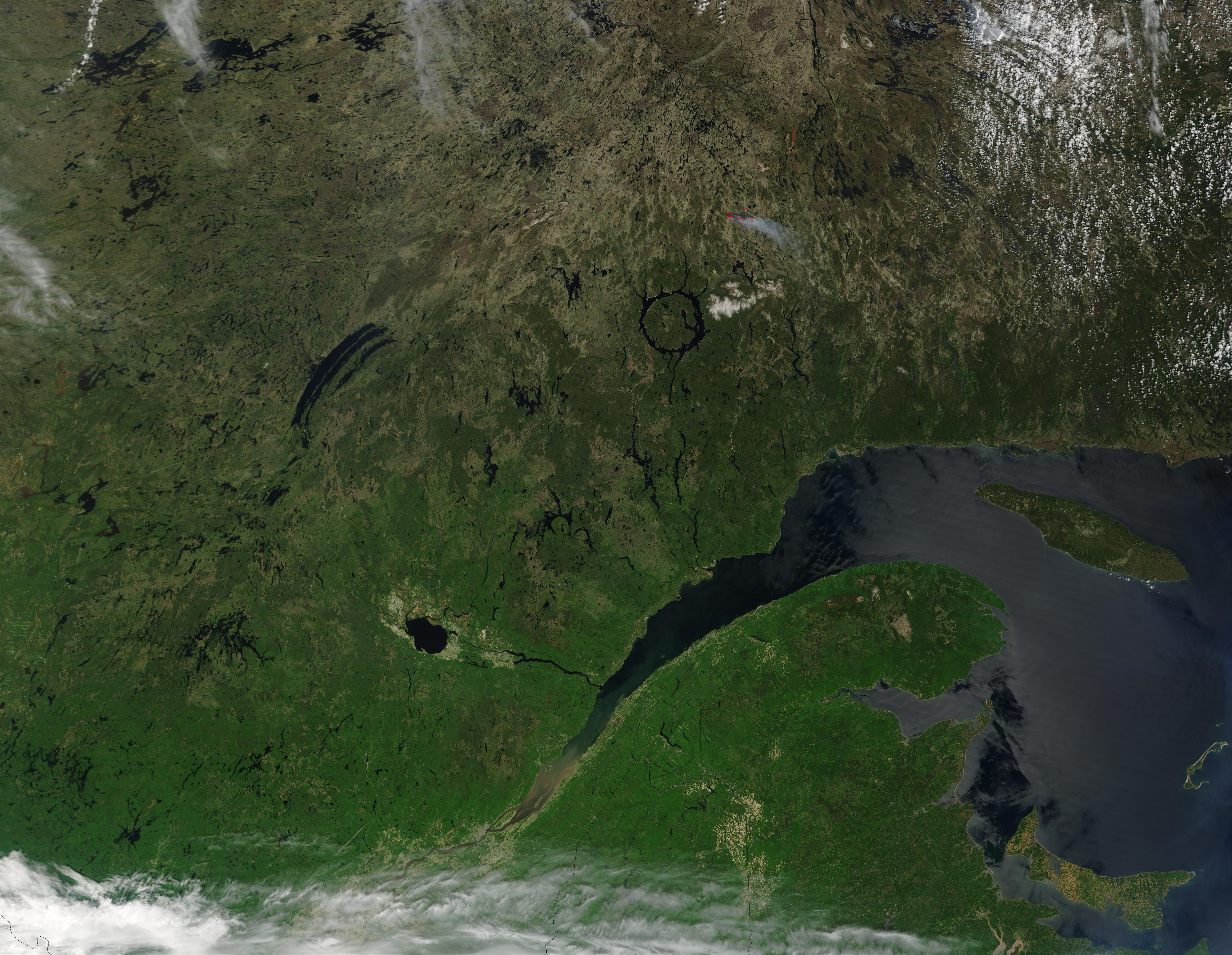 Reservoir Manicouagan sits inside a 214-million-year-old impact crater in Quebec, Canada. The crater that surrounds the reservoir is almost 100 km in diameter, though it has eroded over the years due to glaciation, rain, and other erosional processes. The reservoir itself is almost 70km in circumference and surrounds the impact crater’s central uplift, which has become the island Ile Reme-Levasseur. Reservoir Manicouagan is near the border of Quebec and Newfoundland, and waters from Manicouagan eventually flow into the St. Lawrence water body. A month ago this region was covered in snow, but it has since melted off and Canada’s fire season has begun. The fire in this image (red dots), which lies between Manicouagan and the Newfoundland border, is in the midst of a boreal forest. A large burn scar and quite a lot of smoke are visible in the image (see higher resolutions for the burn scar). This MODIS true-color image was acquired June 22, 2002.