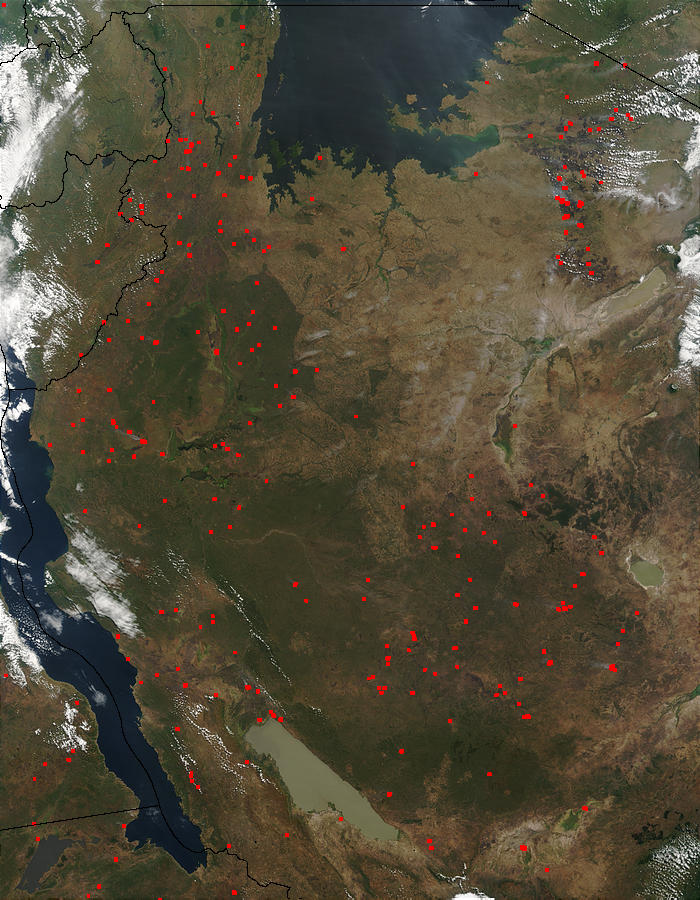 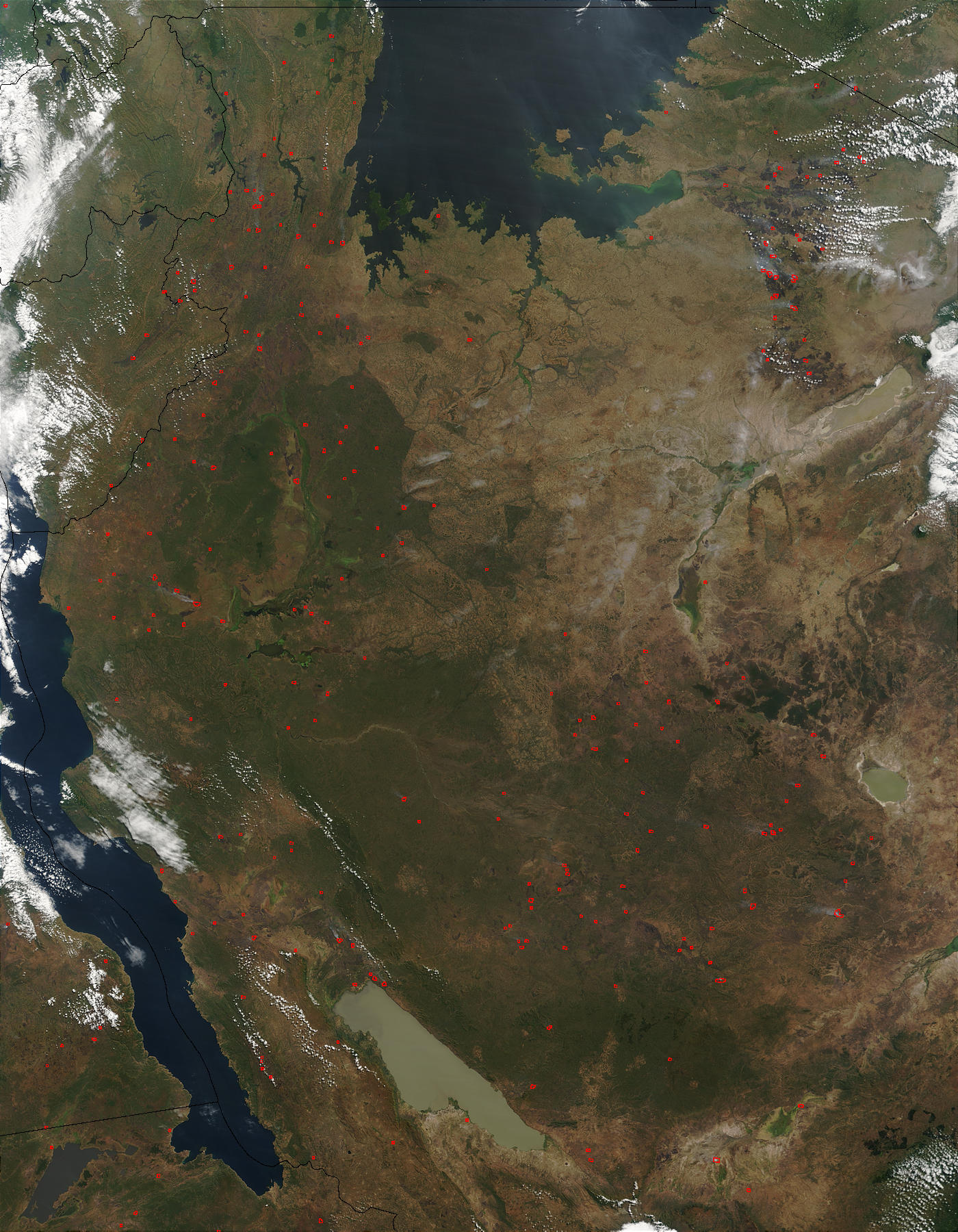 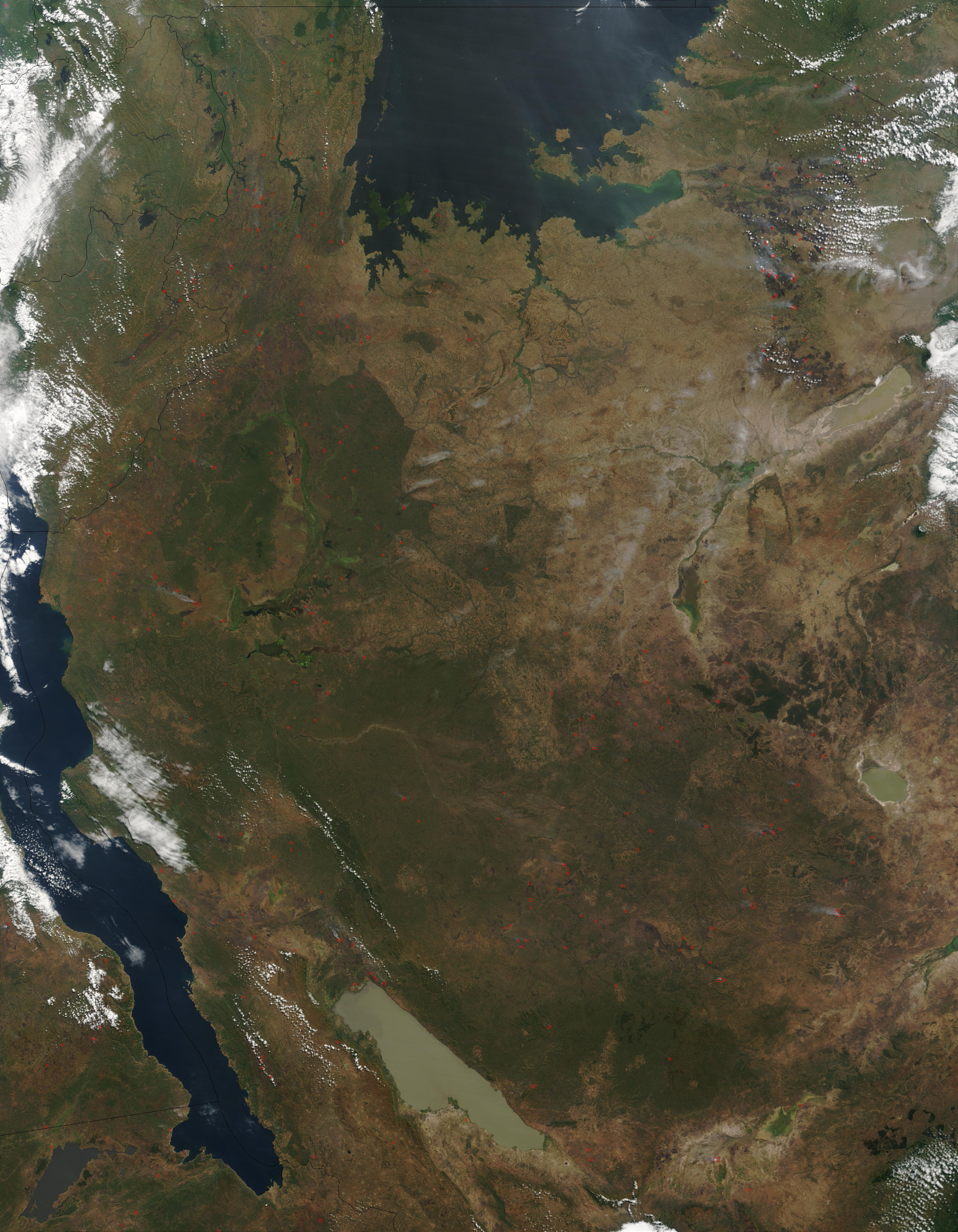 On June 23, 2002, the Moderate Resolution Imaging Spectroradiometer (MODIS) captured this image of fires (marked with red dots) burning in Tanzania in east-central Africa. At top center is Lake Victoria, the largest of the African Rift Valley Lakes. The fires located to the east-southeast of Lake Victoria are burning on the Serengeti Plain, a large grassland and savanna area that is home to elephants, lions, cheetahs, giraffes and numerous other animals. The fires in this region have created numerous burn scars, which stand out in dark purplish-brown against the tan landscape. Fires are scattered all across the country, but do not appear to be making much smoke, suggest the fires are small and burning in dry fuels. At bottom left is Lake Tanganyika, which forms a natural boundary with the Democratic Republic of Congo to the west. While the fresh water Lake Tanganyika appears deep blue, the salt lake to its east, Lake Rukwa, appears greenish-tan.